There are various things you can do with the HomePod, and most of them you can do by asking it.

However, if you don’t know you can’t ask, so in this article we will run through some of the things you can do with the HomePodand show you how to do them. We also have a separate article that covers what HomePod does.

To use your HomePod, you first need to set it up, and to do that you need an iPhone, iPad, or iPod touch running iOS 11.2.5 or later – and for some new features you will need iOS 12 on your iPhone and the associated HomePod update (iOS 12.1.1). Read this to find out how to update your iOS device.

You also need to be signed in to iCloud on your iPad or iPhone, have iCloud Keychain switched on as well as Two Factor Authentication. It’s also necessary to turn on Bluetooth on the iPhone, iPad or iPod you are using to set up the HomePod and make sure you are connected to the WiFi network.

Set up is an easy process, when you hold an iPhone or iPad beside the Homepod it should recognise it and take you through the steps.

We have a detailed explaination of How to set up HomePod here if you need more guidance.

How to use the touch controls on top of the HomePod

We cover this here: How to use HomePod touch controls. 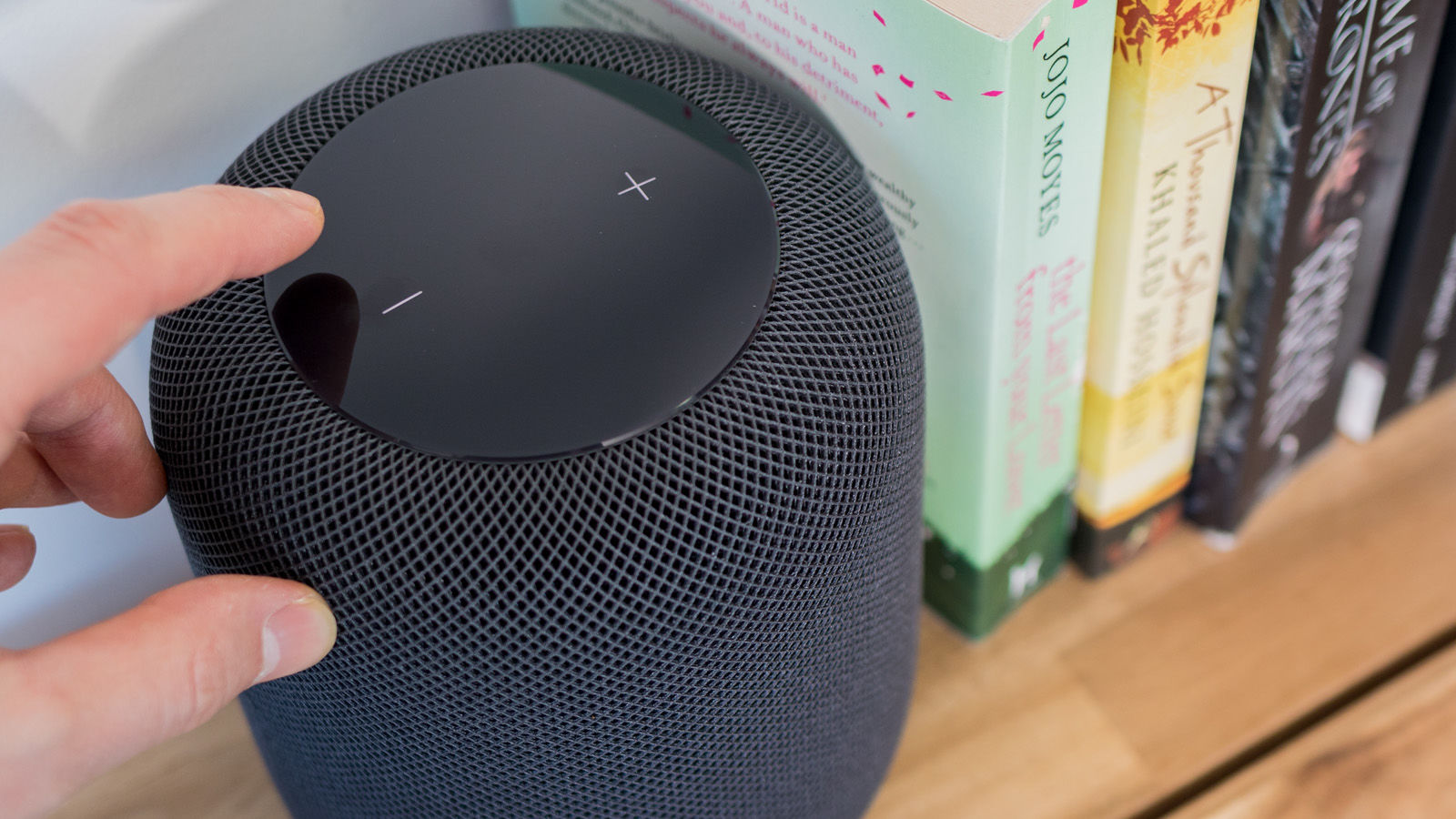 How to control HomePod via your iPhone

You don’t have to talk to the HomePod to control the music playing. If you’d rather skip songs, or adjust the volume using your iPhone or iPad you can. Here’s how: 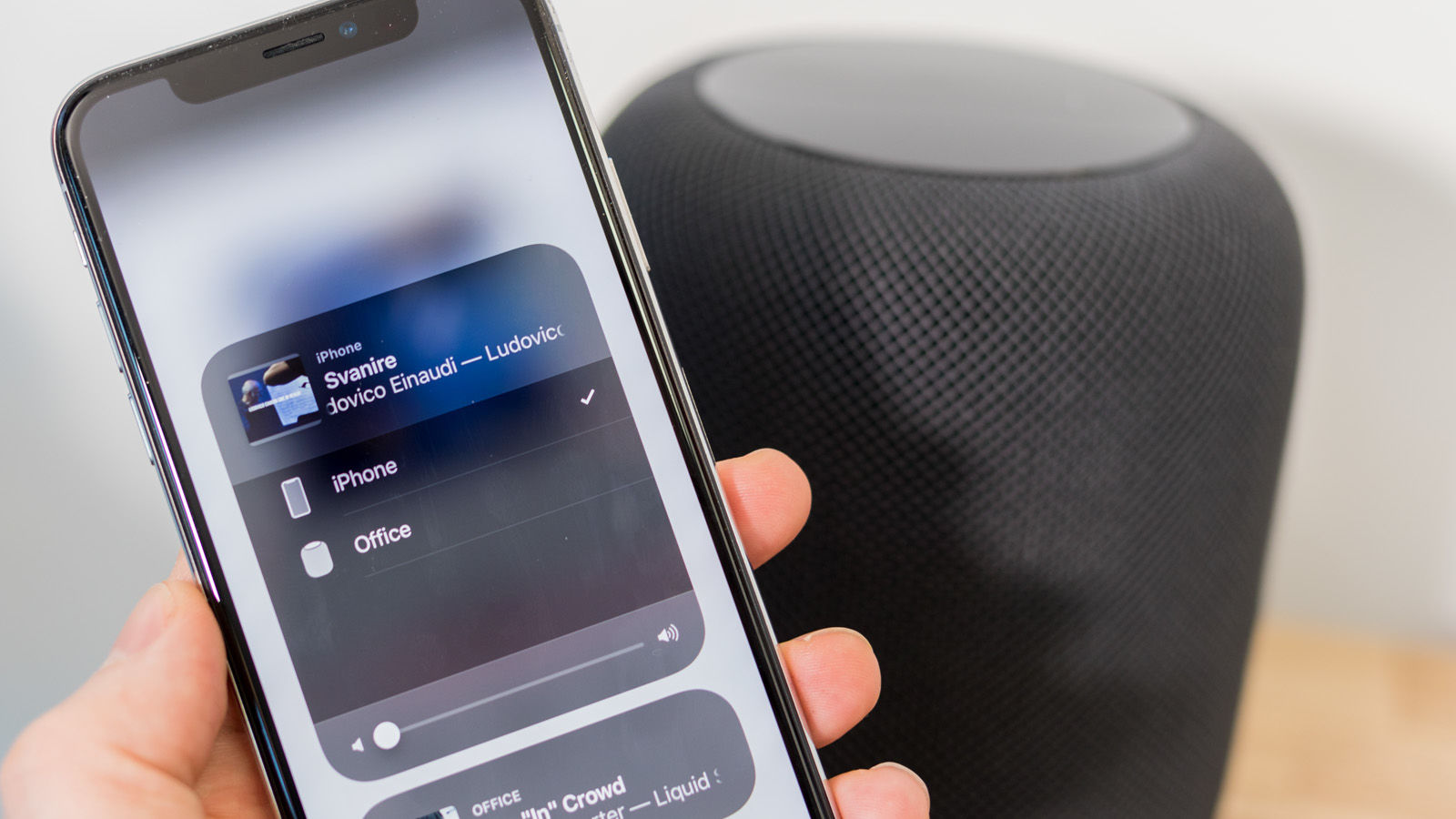 Now you can see the track playing on the HomePod, and you can pause, skip to the next track, repeat or increase and decrease the volume.

You can also see details of the track playing, including lyrics in some cases.

You can get Siri on the HomePod to read new text messages, and you can get it to respond to them. Here’s how:

If (and only if) you have a new unread text message, Siri will read it to you.

After reading the message, Siri will ask: “Would you like to reply?”

Say: “Yes”, and dictate your message to Siri.

Siri will then read the message back to you via the HomePod and ask if you are happy to send it.

You can get Siri on the HomePod to add to your Notes.

For example, you may have a To Do list in your Notes, in which case you could ask: “Hey Siri, add write HomePod review to my To Do List note” and Siri should update the Note with the new action point.

You can also create a new note by asking: “Hey Siri, create a Note called HomePod review”. Having done so you could say: “Add Here’s how to use the HomePod to my HomePod review Note”.

How to set a timer or an alarm on HomePod

You can set alarms and timers on the HomePod. (Since iOS 12 Siri on HomePod can set two separet timers at once).

If you want to set an alarm on HomePod, just ask: “Hey Siri, set an alarm for 6am” (unless you’d prefer not to be woken that early).

If you are using your HomePod in the kitchen, setting timers might be useful when cooking. In which case, ask: “Hey Siri, set a timer for 20 minutes”. You can ask Siri how long is left, or how much time has passed.

What you can’t do is set a second timer – which would be really useful when you are cooking multiple items (it’s also something the Amazon and Google speakers are capable of).

You can also ask Siri to remind you to do something – you this will just add a reminder to your Reminders app on your iPhone or Mac, you won’t get an alert via the HomePod.

How to use play music on HomePod using AirPlay

While the HomePod can stream music from the cloud, and primarily that’s how your music will be delivered if you are signed up to Apple Music or iTunes Match, you can also stream directly from your iPhone or iPad.

You can stream any music from your iPhone or iPad to the HomePod. Here’s how:

We do have an in-depth tutorials on playing Spotify playlists and playing music from on the HomePod without an Apple Music subscription.

How to use HomePod with Apple TV

You can also choose to send the audio from your Apple TV to your HomePod.

You can also switch output to the HomePod via the Apple TV remote.

Alternatively when you are playing video on Apple TV:

This only works with third-, fourth-generation and 4K Apple TVs.

How to use HomePod to control HomeKit devices

If you have HomeKit devices you can control them from the HomePod. You just need to set them up in the Home app.

Once a gadget is added the Home app you can ask Siri to share information about it, or switch it on or off.

How to change HomePod’s settings

You can adjust some of the HomePod’s settings in the Home app on the iPhone – but there are a lot of limitations to what you can do.

If you want to change the name of the HomePod, Tap on the word HomePod and type in the new name.

To change the Room the HomePod is associated with, tap on Room and choose from the dropdown menu. Apple includes suggestions such as Office, Living Room and Bedroom, but you can Create New if you want to create a different room. The idea of rooms is more for the benefit of your other HomeKit devices which you can also set up to be in different rooms. We expect Apple is hoping you might want to buy multiple HomePods and place them in different rooms, if you did that, this is how you’d be able to tell which was which.

If there are going to be kids using the HomePod you can also choose whether to Allow Explicit Content here. Just switch that slider from green to turn explicit content off.

For the same reason you might want to switch Use Listening History off if you don’t want your kid’s listening habits influencing your Apple Music recommendations.

You can also tweak the Siri settings here, for example, change to the female version of Siri, or switch to a different language (currently it’s only available in Australian, UK and US English but that should change in the coming months). Siri will do a better job of understanding you if you set the language to your local language – even if you choose to switch the voice to a something else.

Accessibility features can be turned on here. These include Voice Over and Touch Accommodations. If you turn on Voice Over you will hear the name of the controls you touch on top of the HomePod. Some of the touch gestures are different when you have Voice Over turned on. For example, triple-tapping in the centre will skip the current song and quadruple-tapping will go back to the previous song. See above for information on gestures.

How to give others access to your HomePod as a HomeHub

If you want other people in your home to be able to control the HomeHub and your HomeKit accessories, open the Home app on your iPhone and on the first screen tap on the location icon in the top left.

How to change the HomePod’s WiFi network

You can’t actually access HomePod settings that will allow you to change the Wi-Fi network it is connected too. But that shouldn’t be a problem because the HomePod will automatically connect to the same network as the iPhone or iPad you set it up with.

If Siri tells you that the HomePod is not connected to the same network as the device it was set up with – this may happen when you are asking it to perform a personal action, such as read your Messages, or add to a Note – there may be an issue with the network the devices are connected too. We found that we were unable to use the HomePod for those types of actions in the Office due to the Firewall. Therefore, if your HomePod is claiming it’s not on the same network as your iPhone, we suggest you try switching to another network on your iPhone.

We have a tutorial on how to use your HomePod without WiFi here.

We have more HomePod tips here.