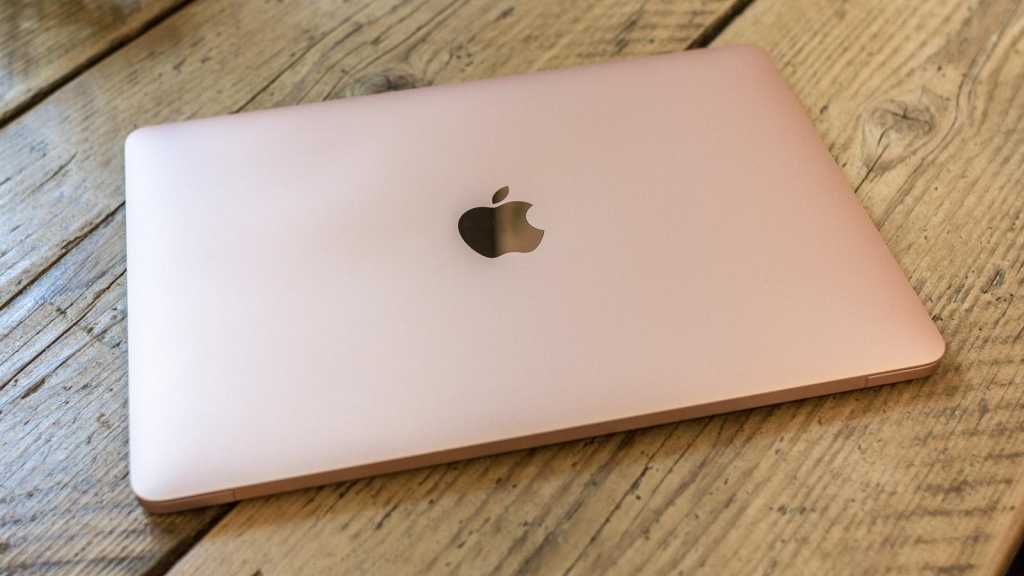 The world can be a hostile place for electronic devices, and Macs are no exception. Whether it’s the heart-stopping sound of a caramel latte sploshing on to your MacBook, or the tinkle of an iMac display cracking after falling from a desk, sometimes disasters happen, and you’re left wondering how much the repair will cost.

Don’t get too disheartened, though. In our guide to Mac repairs we show you how to get a damaged Mac back on its rubber feet, either via Apple itself or an authorised service provider.

Can I repair the Mac myself?

It’s been a few years now since there’s been much you can fix in a MacBook, and iMacs have gone a similar route. Apple has long since been soldering and using strong adhesive to keep components in place, with the downside of making them almost impossible to replace by the average consumer.

To illustrate this, iFixit has completed teardowns of the current MacBook range and gave all of the devices a ‘repairability’ score of 1 out of 10, as you can see from the MacBook 2017 example below.

iMacs fare slightly better: the best of the bunch managed a score of 5 out of 10. But all involve the tricky removal of the display, which could easily go wrong.

While it’s not great that we can no longer maintain or repair our devices, the simple truth is that you’ll be much better served by going to Apple or an authorised reseller if you want some work done.

Repairing your Mac under warranty

If your Mac is still under warranty then it’s covered against any parts failures or defective components, which Apple should repair or replace for free.

There’s no need to have bought the device directly from Apple, either, as the company’s  warranty guidelines state: “In the event of any defect in materials and workmanship, you will be able to direct your claims to Apple even in situations where you purchased the Apple Product from a third party.”

Sadly, this doesn’t mean you’ll be able to have a display replaced for free if you dropped the device, or if you inadvertently spilled Coke all over your keyboard. A warranty is purely to protect the consumer against faulty goods, rather than an insurance policy against accidents.To have your device looked at you can either call your local Apple Store and book an appointment or go to getsupport.apple.com, where you’ll be able to book one online.

In either case you’ll want to have your Apple ID and password to hand.

If you purchased an AppleCare Protection Plan then you’ll have the same cover as the standard warranty, but for three years instead of one. There is also full technical support over the phone, which could help if your machine is having difficulties rather than being physically damaged.

Again, this doesn’t cover accidents. AppleCare+ does, but at the moment it’s only available for iPhone, iPad and Apple Watch products in the UK, although US customers are more blessed.

To begin your repair process, visit getsupport.apple.com and click on the Mac option to begin diagnosing the problem. 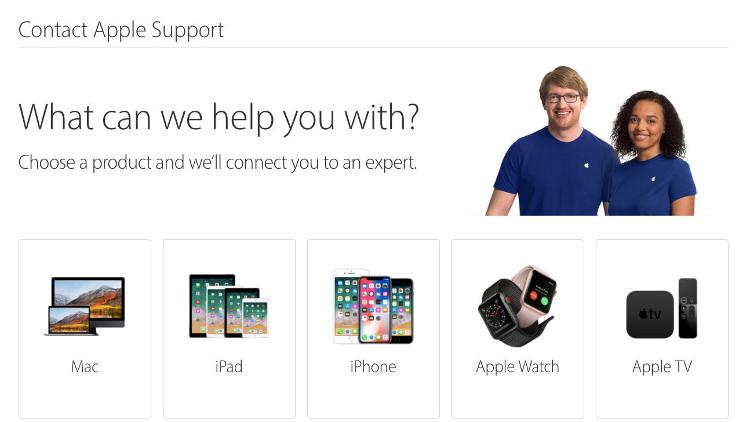 For a more detailed look at what this has to offer, read our Is AppleCare Plus worth it? feature.

If your machine is older than a year and you didn’t take up the AppleCare Protection Plan option, or the nature of your repair falls outside of a standard warranty, then you’ll need to pay to have things fixed.

At the moment Apple offers a range of standard prices for battery repairs, which begin at £129/$129 for a MacBook Air or older MacBook Pro, and go up to £199/$199 for the new MacBook and MacBook Pro with Retina Display.

Finding prices for other repairs is more difficult. When you start the repair request at getsupport.apple.com you’ll be given the option of either speaking to someone on the phone, online via Live Chat, or booking your appointment at the Apple Store.

We tried the Live Chat option but couldn’t get a direct quote on how much it would cost to repair our MacBook Air with a broken display. Instead we were directed to bring it in store so it could be assessed.

The conversation felt oddly disjointed, leading us to believe that the ‘person’ on the other end may well have been an AI program, and not one that was overly familiar with English sentence construction. 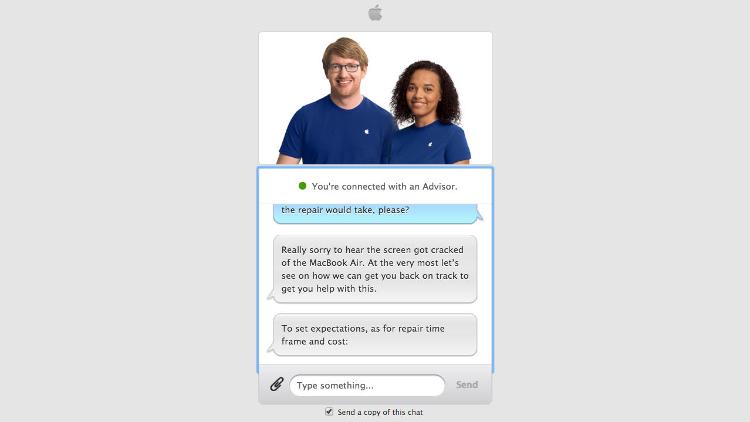 In the past we’ve found calling the support line gave better results, but in many cases you’ll still need to present the device to the Genius bar before you’ll know any hard prices or turnaround times.

If you don’t have an Apple Store near you, or prefer to support smaller retailers, then you have the option to take your Mac along to an Authorised Service Provider.

These can be found simply by Googling the term and looking for outlets in your locale. In many cases they have engineers who are highly trained and have been dealing with Apple products for years.

For instance, we talked with Amsys, which is based in the Soho district of London and has been repairing Macs for 29 years. Within minutes the support team provided quotes for the repair and gave an estimated time frame. 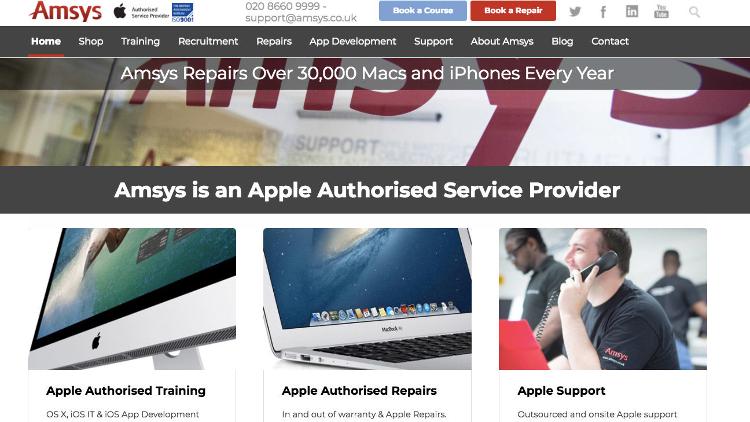 The advantage of using authorised service providers is that repairs they carry out will not void your warranty, plus you’ll be getting official Apple parts.

In the end, depending on the age of your device and the nature of the repair, you may find that the cost of putting things right exceeds any sensible financial reasoning. If that’s the case, and you’re considering a replacement, then be sure to look at our Mac buying guide for a complete breakdown of the current options.