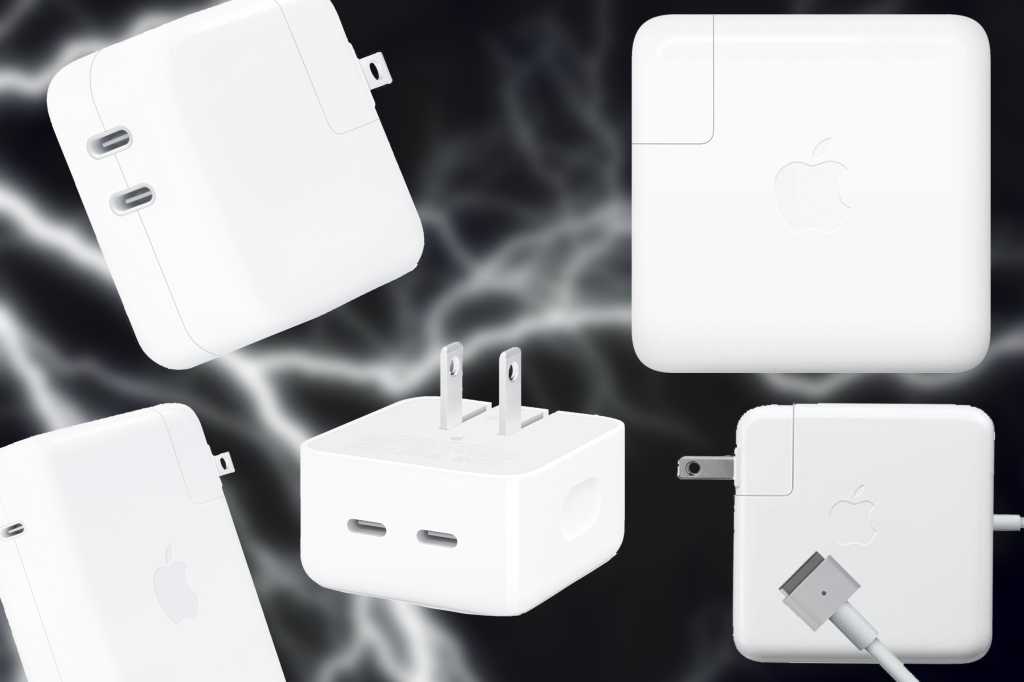 If you have to replace the charger for your MacBook, MacBook Air, or MacBook Pro, then it’s important that you find the correct one for your particular machine as, unlike the iPhone’s one-size-fits-all lightning cable, chargers vary between Apple’s MacBook range.

We show you how to work out the charger that’s best for your laptop. It’s also worth noting that Apple has recalled some of its wall plugs over safety concerns, and that you should find out if yours is affected.

Updated 08/18/22: We’ve updated our guide with to include the latest MacBooks and power adapters.

Will the wrong charger damage my MacBook?

If you’re buying an official MacBook charger from Apple then you can rest assured that choosing the wrong type won’t cause any harm to your device.

While there are a variety available, ranging from 30W up to 140W, the more powerful ones won’t overload your machine or affect your battery. Fast-charging is a new feature on some MacBooks and requires a certain power rating, but you can charge with a slower power adapter just fine, it will simply take longer.

If you want a more affordable replacement or spare MacBook charger, check out our recommendations for the best chargers for MacBook Pro and Air.

Chargers for the current MacBook range

At the moment the MacBook range is comprised of the M1 MacBook Air, M2 MacBook Air, and MacBook Pro in three sizes. Each of these comes a different charger, which we’ve listed below.

Before you replace the entire power charger it would be wise to check if the cable you’re using is the correct rating for your device. Since the introduction of USB-C chargers, the cables have been separate from the main adapter, and as such they could be mixed up more easily.

Many of the official Apple cables will have the words ‘Designed by Apple in California. Assembled in China’ printed on them. Next to these will also be an alpha-numeric serial number that denotes to which charger they belong. You won’t find this on all cables, though. For example, it’s not written on the newer braided MagSafe 3 cables that comes with the very latest MacBooks.

Those beginning with DLC or CTC can be used with either the 61W or 87W USB-C adaptors used by the MacBook Pros (2016 or later).

Apple recommends that if you should find your cable doesn’t have a serial number printed on it then you should contact Apple Support as you may be entitled to a replacement.

Which Mac do I have?

If your machine is older than any of those listed above then you’ll need to first ascertain its specific type before shopping for a charger.

Read our Which Mac do I have? guide for instructions on how to determine your model.

As you can imagine, there have been quite a few combinations of chargers and machines throughout Apple’s recent history.

These fall mainly into four main types: MagSafe, MagSafe 2, MagSafe 3, and those that charge only with a USB-C connection on the Mac side. MageSafe 2 cables are split between MagSafe L and MagSafe T type connectors. MagSafe L is the longer, straighter connector that attached alongside the MacBook, while the T is the blocky square that was used on most MagSafe connectors.

Here’s a breakdown of which style pertains to which device.

If your MacBook has no MagSafe connector, it just charges via USB-C. You can use any USB-C power adapter that supports the USB-C Power Delivery standard, but you’ll want a higher-power adapter to charge your Mac faster, especially if it’s a newer, larger model. Check our guide to the best USB-C Power Adapters.

The latest MacBooks with MagSafe 3 can be charged via USB-C as well, and in fact, MagSafe 3 cables can plug into any USB-C power adapter that supports the power delivery standard.

The latest re-emergence of MagSafe comes after several years of MacBooks that only have USB-C connectors. It’s similar in design to the T-shape MagSafe 2, but slightly thinner and capable of carrying more current.

MagSafe 3 is more of a cable than a charger. The chargers to which these MagSafe 3 cables attach simply have USB-C ports, and work fine to charge your MacBook when plugged into the USB-C port. You won’t get fast charging on the 16-inch MacBook Pro that way, but it will otherwise work fine.

The 60W MagSafe power adapter with “T” style connector is compatible with:

The 85W MagSafe power adapter with “T” style connector is compatible with:

The 45W MagSafe power adapter with “L” style connector is compatible with: