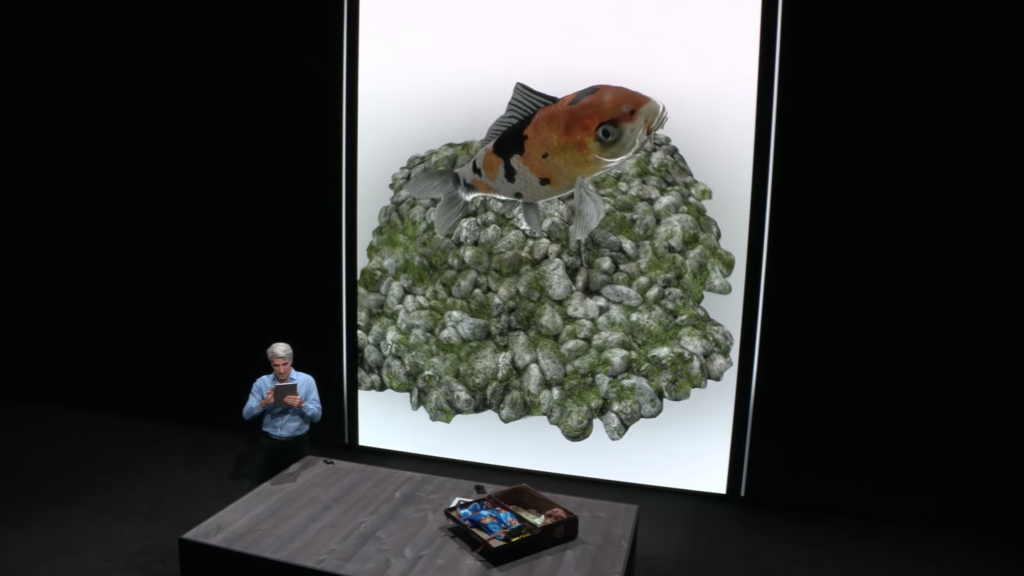 Apple has announced a number of improvements that will appear in the upcoming iOS 12 release. Among these is an exciting new augmented reality (AR) feature that uses the newly developed USDZ file format. We take a look at what this is and why it matters.

For more on what Apple outlined at its recent developers conference, see our WWDC 2018: News & product announcements feature.

The new AR format for iOS

USDZ is described by its co-creator Pixar as a “zero-compression, unencrypted zip archive” of the USD ( Universal Scene Description) format.

The latter has been used by the animation giant for a number of years when working with 3D content, but the introduction of USDZ sees the technology now optimised for mobile devices.

This means that iOS 12 users will have the ability to easily create 3D objects that seem to appear in real-space, then share them with friends.

At the recent WWDC 2018 event, Craig Federighi, Apple’s senior vice-president of software engineering, confirmed this by stating that USDZ “can be used across iOS, from the Files app to Safari, even sharing them over Messages and Mail… It’s like AR QuickLook. It’s really awesome.” 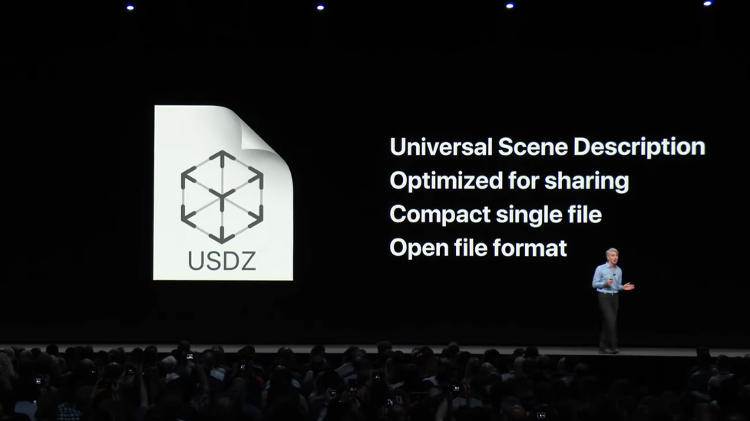 Essentially USDZ is a container that holds a number of files and the required tools to render them. The innovative format is accompanied by Apple’s new ARKit 2 platform and the Measure app which gauges the size of real-world objects through simple and easy-to-use tools.

How would you use USDZ?

Federighi demonstrated one possible use for the AR content when he visited the Fender Guitar website. After selecting his desired instrument he was then able to display it in full size on a table in the middle of the stage. 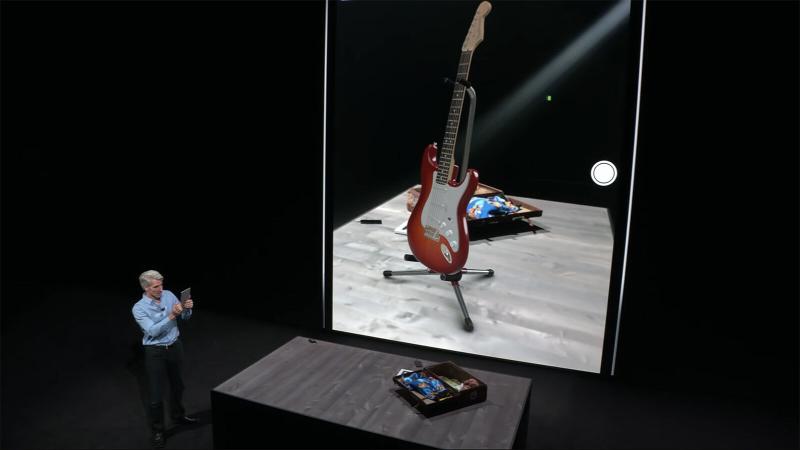 While this might seem somewhat superfluous for everyday life, it does show how online content could quickly become interactive, allowing you to see whether that bookshelf will actually fit in the alcove under the stairs before you click the Buy button.

Another demonstration involved a news article with an embedded image that could be tapped and then moved through 360 degrees in all directions, all while fully animated. For technical and medical publications this could well be something of great interest. 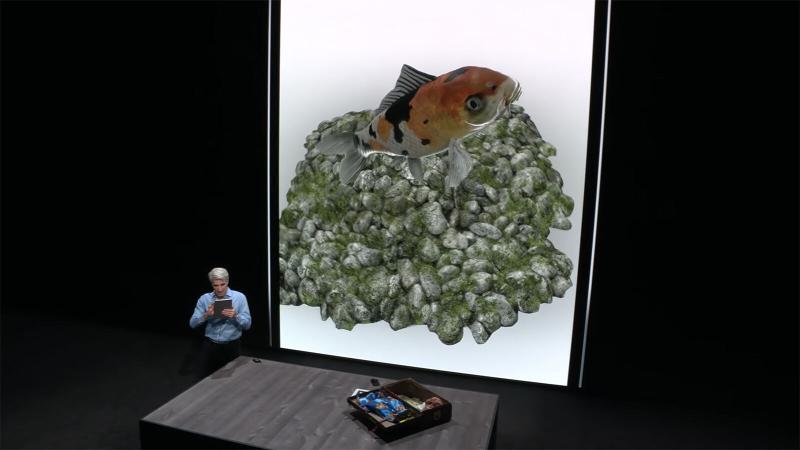 As USDZ is an open-source format we fully expect developers to incorporate the technology into their apps. You can already create simple AR images and videos with Snapchat and Instagram, so get ready for a raft of similar ideas appearing when iOS 12 arrives in September.

Perhaps the most exciting demonstration involved a Lego app where two players, each using a separate iPad, played together in a shared AR environment. It’s unclear whether this could be streamed online as yet, but for couch-co-op games it will be great fun.

Can I create any serious work with USDZ?

Apple said it’s working with a number of high-profile companies on the adoption of USDZ, with the most prominent one announced so far being Adobe.

At WWDC Abhay Parasnis, Adobe’s executive vice-president & CTO, took to the stage and announced that the company was bringing native USDZ support to Adobe’s Creative Cloud.

This means it will soon be available to use in Photoshop, Dimensions and other Adobe products to create AR content.

“We’re going to bring the power of immersive design to Creative Cloud,” he continued, “with a new set of services and applications, including a brand-new iOS application that is going to let all of you design amazing AR experiences quickly.

“So you will be able to bring in images, videos, text, any object from Creative Cloud, directly into an AR environment. In fact, for the first time, with Creative Cloud and iOS, you will have ‘What You See Is What You Get’ editing in AR. It’s pretty cool.”

When can I use USDZ to create AR content?

As the new format is designed to work with iOS 12, you’ll need to wait until Apple rolls out the update. Usually this is in September, but keep checking our iOS launch news feature for the latest information.

If you can’t wait, then there is also the option of joining Apple’s iOS Beta programme. We explain how you can do this (and why you might not want to), in our How to install the iOS 12 beta guide.