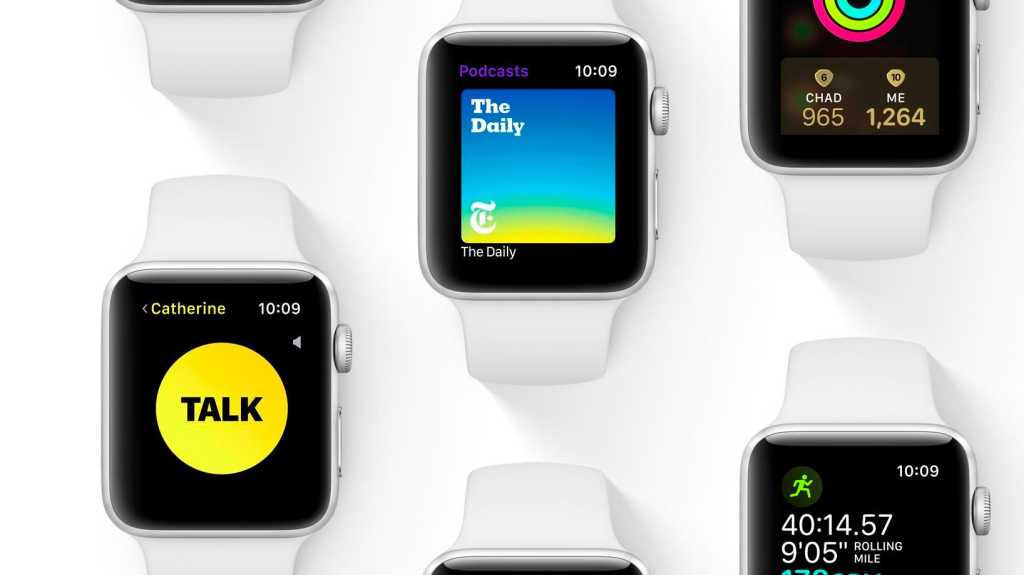 Apple unveiled the new watchOS 5 software update for the Apple Watch at its WWDC get-together on 4 June. Company executives demonstrated the new features of watchOS 5, and then promptly announced the launch, on the same day, of the first developer beta so that software makers could try it out and test compatibility with their apps. (Unlike iOS, macOS and tvOS, watchOS doesn’t offer a public beta, just one for developers.)

If you’ve installed the watchOS 5 beta, tried out the features, done any software testing you need and generally boasted to your mates about having the latest thing, you may feel like it’s time to go back to the simpler pleasures (and greater stability) of watchOS 4. In this article we discuss ways to remove the watchOS 5 beta and downgrade back to watchOS 4, as well as Apple’s advice on the subject.

There appears to be a fair bit of confusion around watchOS downgrades; hopefully this article will help to illuminate the situation but we must stress that we are not developers and hence are disqualified from joining the developer beta programme and trying it out for ourselves. Any watchOS developers reading this are welcome to offer their insights in the comments below.

We might as well start with the official view from Apple, but must warn that it’s not promising.

We got in touch with a company spokesperson on the watchOS side, and were told that it simply isn’t possible to go back to a previous version of watchOS. We followed up seeking clarification, and emphasising that we were asking specifically about removing a beta (not an official public version) and going back to a still-currently-supported public version of watchOS 4, but the answer was the same.

Oddly enough this statement from Apple was the first time we’d heard that it wasn’t possible at all. Almost all of the reports claim something different…

Get it downgraded by Apple

Most discussions of this subject among watchOS developers agree that you have to get your watch downgraded by Apple itself. The best ways to approach this would be to contact Apple Support or get in touch via the developer portal. We can help explain how to make an appointment at an Apple Store, but the staff there are unlikely to be able to arrange this for you; they may, however, advise you on the correct people to speak to.

Of course we cannot guarantee that the company will agree to sort this for you, especially given its official position, but it can’t hurt to ask. And we understand from a large number of developers that the company will routinely respond to these requests by sending out a box and address label that you can use to post in your watch. This will be returned in a few days with the beta removed.

Note that this doesn’t necessarily contradict the statement that it isn’t possible to go back to a previous version: Apple might be replacing the watches sent in rather than downgrading their software.

Can you downgrade watchOS yourself?

What if Apple won’t downgrade the watch for you, or you don’t want to wait for the company to send it back to you? It it possible to downgrade it yourself?

It is possible to remove a beta version of watchOS yourself. The problem is that you can only do so if you simultaneously replace it with the same version of watchOS in a public (non-beta) edition. In other words, you won’t be downgrading so much as samegrading… but at least it’s a method of getting rid of a beta.

Like the installation process, the removal process happens on the iPhone that’s linked to the Apple Watch running watchOS 5 beta. We’ll begin by removing the beta profile from the iPhone, which will then allow us to ‘update’ to the equivalent public version.

Open the Watch app on the paired iPhone. Make sure you’re in the My Watch tab (tap the icon at bottom left if not), scroll down and tap General > Profiles. (Note that this option only appears if you’ve got a profile to remove.) Select the beta profile and tap Delete Profile, and enter your passcode if required.

‘Update’ to a public version of watchOS

When most people – ie those who aren’t part of the developer beta programme – update an Apple Watch, they will automatically get the latest public version of watchOS. Now that the beta profile has been removed, the same thing should apply to you.

So the challenge now is to get a public version of watchOS to update to. Feel free to check for updates in the usual way: open the Watch app on the paired iPhone, and from the My Watch tab select General > Software Update. Wait for the app to check if there’s an update to install.

But our understanding is that you will need to wait for a (public) update that is equal to or higher than the beta you’re running. So if you’re running the beta of watchOS 5.0, you’ll need to remove the beta profile and then wait until the autumn, when the public version of watchOS 5.0 will be rolled out. At that point you should get a notification of an update, or manually make the Watch app check for an update.

When the update appears, tap Install. As usual, you should make sure the Apple Watch is plugged into a charger and connected to Wi-Fi, and has at least 50% power. Wait for the process to complete – it can take a while – before removing the watch from the charger, or you may brick it.

Waiting until September probably isn’t the solution you were looking for, but it’s the best DIY method we’re currently aware of.