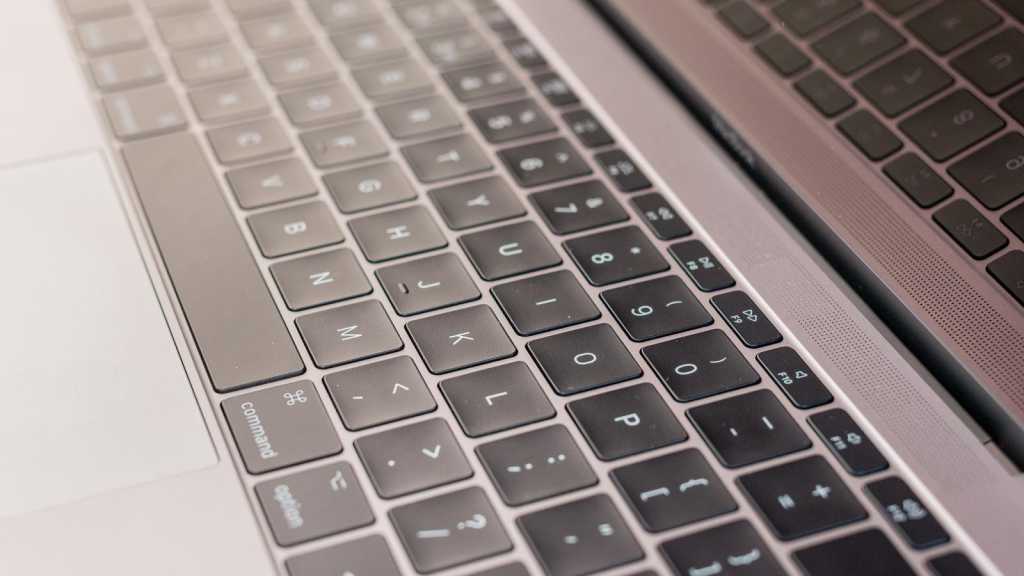 Apple has admitted that there is a problem with the current keyboard design on the MacBook and MacBook Pro and is offering free repairs to customers who have been affected.

Since Apple introduced the ‘butterfly’ mechanism keyboard with the MacBook in 2015, and the MacBook Pro in 2016, a number of users have reported problems with keys repeating characters and other keys not working.

It is thought that a spec of dust can render these MacBook or MacBook Pro keyboards useless. It seems that dust and small particles can get stuck under keys or the spacebar, making them unresponsive. Because the ‘butterfly’ mechanism distributes the pressure on a key more evenly than the traditional ‘scissor’ mechanism, if a spec of dust gets underneath a key it can stop the key from depressing all the way – and that can stop the key from registering.

(Interestingly, the MacBook Pro 13in 2018 and MacBook Pro 15in 2018 appear to fix this issue by adding a silicone membrane under the keys, but Apple maintains that this is to make them quieter.)

The problem is exacerbated by the fact that it is not possible to take individual keys out to clean the keyboard as was the case with older models. And according to reports, it’s not just the keyboard that must be removed but also the battery, frame and ports – a repair that can only be performed by an Apple service professional.

On its web page dedicated to the issue, Apple indicates the following faulty behaviours:

A petition calling for Apple to replace the keyboard in “every MacBook Pro since late 2016” has been signed by more than 31,655 people (as of writing).

The petition suggests that Apple should “recall every MacBook Pro released since Late 2016, and replace the keyboards on all of them with new, redesigned keyboards that just work.”

“Every one of Apple’s current-gen MacBook Pro models, 13in and 15in, is sold with a keyboard that can become defective at any moment due to a design failure,” claims the petitioner.

Three class action lawsuits have also been filed against Apple relating to the keyboard failings.

One of the lawsuits claimed that Apple is: “Shipping and selling defective Laptops… that are substantially below the quality generally available in the market, are not fit for the use for which they were intended”.

In the second lawsuit, three plaintiffs allege that the butterfly mechanism used for keyboards in the MacBook since 2015 and the MacBook Pro line since 2016 are “prone to failure”.

In a statement provided to 9to5Mac, Apple claimed that the issue affects only a “small percentage of keyboards in certain MacBook and MacBook Pro models”.

Some users have already paid large sums of money for a keyboard replacement. Prior reports indicated that the repair could run to $700 (£521) or more, if the warranty had expired.

Luckily for those Mac users who have already paid for repairs, the company has said it will reimburse them and provides a link to a page with details for contacting the company to arrange a refund.

Which Macs are affected by the keyboard issue

You can check if your Mac is included on Apple’s webpage about the Keyboard Service Program for MacBook and MacBook Pro.

We have more information about getting your MacBook repaired by Apple here, but essentially, Apple indicates that those with keyboard problems should contact an Apple Authorized Service Provider, make an appointment at an Apple Retail Store, or send their Mac to an Apple Repair Centre.

Beware if there is an existing problem with your Mac laptop. Apple adds a disclaimer that “If your MacBook or MacBook Pro has any damage which impairs the service, that issue will need to be repaired first. In some cases, there may be a cost associated with the repair.”

The company also recommends that you back up your Mac before sending it in for repair.