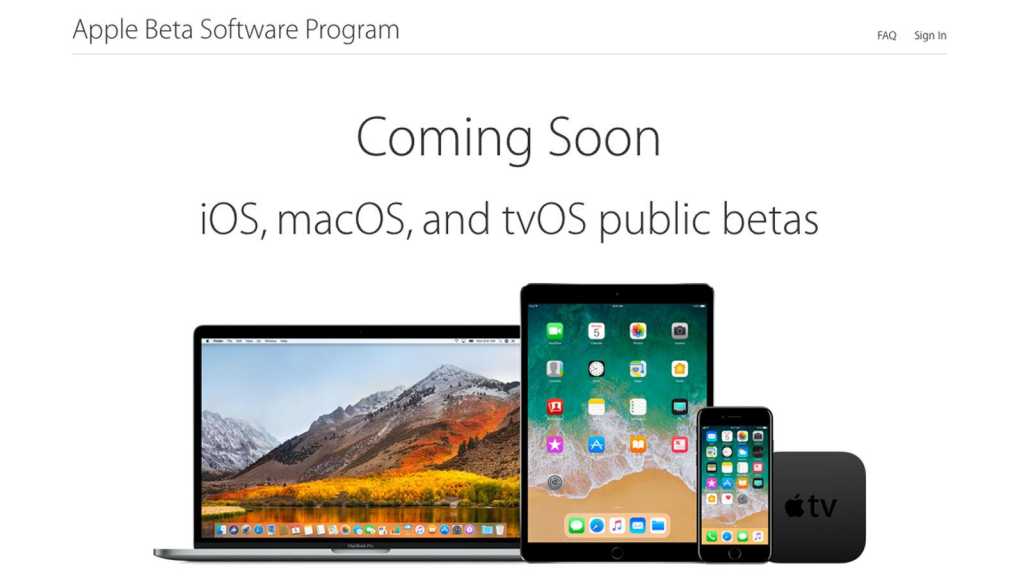 All three OS updates bring a raft of new features, but readers should be warned that betas are unfinished pre-release software and may contain bugs. Most of these will have been removed by the time Mojave, iOS 12 and tvOS 12 officially launch in the autumn.

When will Apple release a public beta of watchOS 5?

watchOS 5, Apple’s other new operating system, is just for developers right now, and it’s likely to stay that way until the official launch. Apple has never previously offered a public beta for watchOS.

How to install the public betas

It’s reasonably straightforward to install the public betas of iOS 12 and tvOS 12. You just need to sign up for the programme first.

Here’s how to install the iOS 12 beta. (You should first make sure your iPad or iPhone is compatible with iOS 12.) If you change your mind, you’ll need out article showing how to downgrade to iOS 11.

And here’s how to install the tvOS 12 beta.

Finally, our Mojave beta installation guide explains how to install the new public beta of macOS Mojave which we review here.