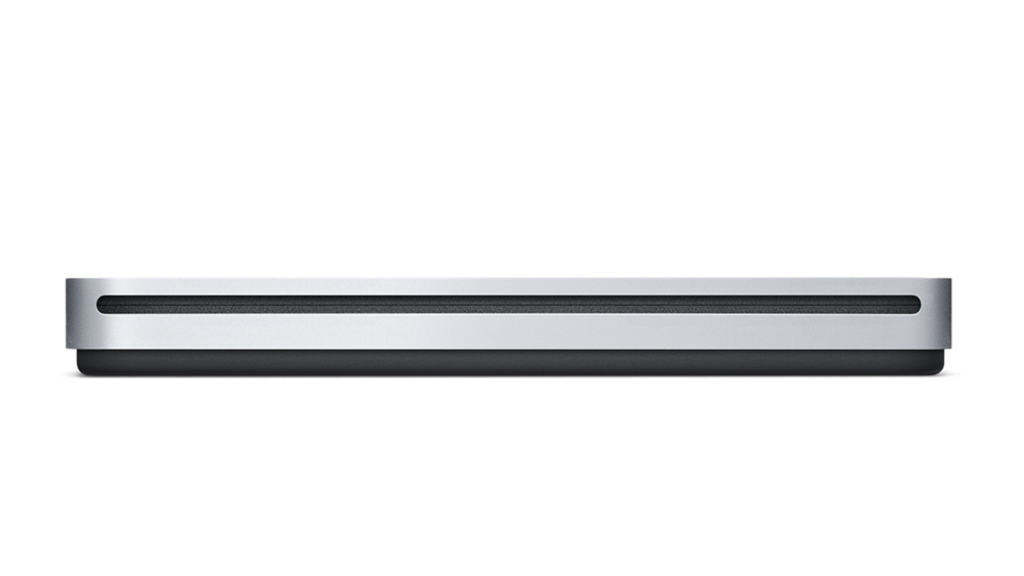 Apple was one of the first manufacturers to exclude DVD players from its laptops, and the same quickly became true for iMacs as well. This meant that if you wanted to rip CDs for your iTunes library, or watch physical copies of movies you’d purchased, then the only real option was to buy an external unit such as Apple’s own SuperDrive.

That might have seemed a good idea a few years ago, but in 2018 you’d have to be off your head to pay the frankly ridiculous £79/$79 that Apple demands for its long-outdated peripheral. There are much better options available, many of which also play Blu-ray discs into the bargain. In this article we show you some of the best.

For more ideas on how to enjoy physical media on your Mac, also read our How to play DVDs on a Mac guide, and How to rip a DVD or Blu-ray disc. 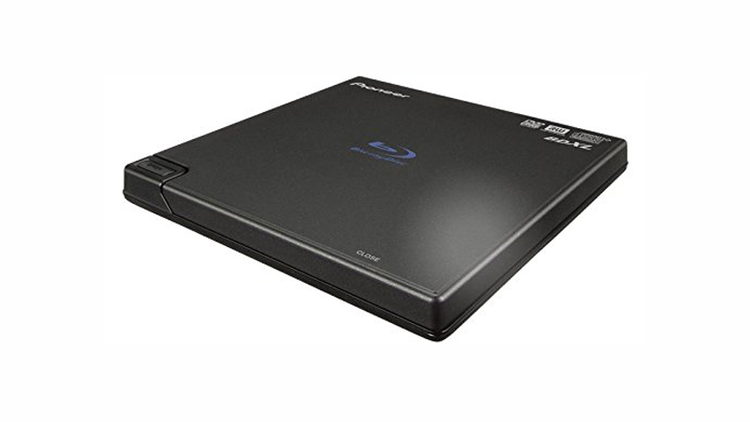 The Pioneer brand has been trusted by technology enthusiasts for decades. It’s good to see that the quality for which the name is renowned still holds true, as the customers on Amazon (both in the UK and USA) give this Blu-ray player and writer sterling reviews.

Able to read and write to all BDXL discs, the device supports BD-R triple layer, Quad layer, and BD-RE triple layer, as well as standard Blu-rays, DVDs and CDs.

A few interesting features include an Auto Quiet mode that adjusts the disc speed to reduce potential noise, and PowerRead which Pioneer claims can help the player cope with lightly scratched discs or fingerprint smudges.

Power is drawn from the USB 3.0 connector, so you’ll need an adapter if using a newer Mac, and the diminutive form factor makes it a highly portable unit.

Pioneer packages Cyberlink Media Suite 10 with the drive, but this is only for Windows PCs, so you’ll need other software (such as the excellent and free VLC) to watch Blu-rays. 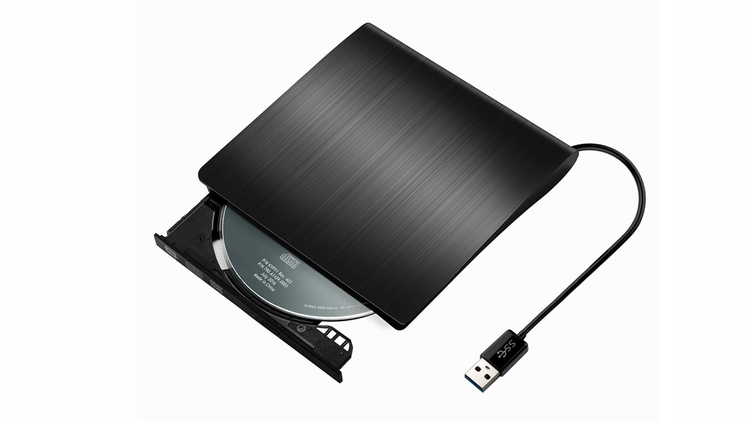 If all you want is a cheap and cheerful external drive for watching DVDs and importing CDs then this is an easy choice. For just over £20 you get a DVD writer that can be used to create backups of your system or beef up your Mac’s entertainment possibilities.

At the time of writing the Patuoxun has more than 1,000 reviews on Amazon, which give it an average rating of 4.5 out of 5.

Be aware that as this has a USB 3.0 cable you’ll need a USB-C dock or dongle if you want it to work with the MacBook or latest MacBook Pros. 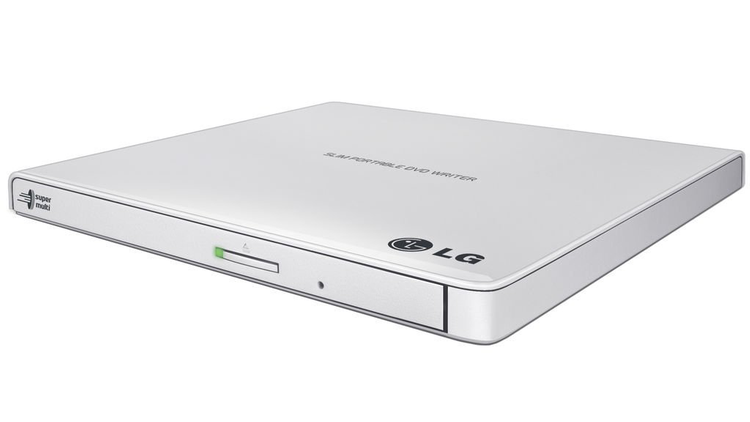 Much like the Patuoxun above, LG’s GP57EW40 is an inexpensive, lightweight unit that can be picked up for a good deal less than Apple’s SuperDrive. There’s no Blu-ray option here, but you do get write speeds of 24x CD, 8x DVD+R , and 6x DVD+R Double-layer, albeit from a USB 2.0 connection.

LG includes its Silent Play feature, which controls the disc rotation speed to keep the drive quiet while in use, but you’re not buying this device for a slew of extras.

Simple, reliable and cheap. Not a bad combination. 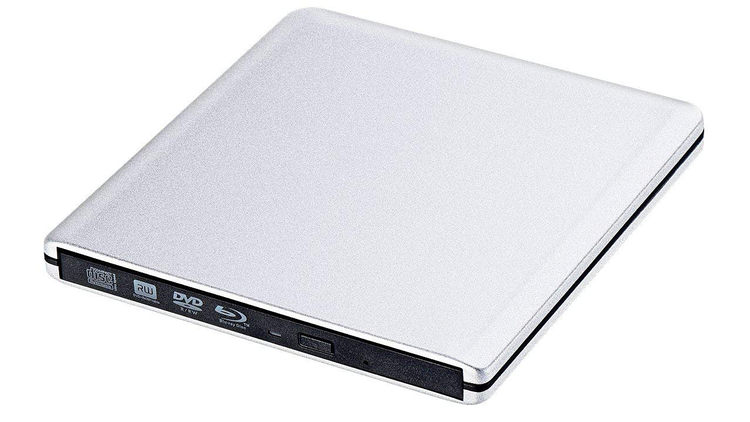 For around the same price as the Apple SuperDrive Topelek offers an external Blu-ray player. The design is also similar, with a polished chrome chassis and slimline dimensions making it an easy device to pop into a laptop bag or find space for on a desk.

It’s happy to play or burn CDs, DVDs and Blu-rays, all powered from a USB 3.0 cable. As with most other drives on this list you’ll need a USB-C dongle or hub to get it working with modern Apple laptops. 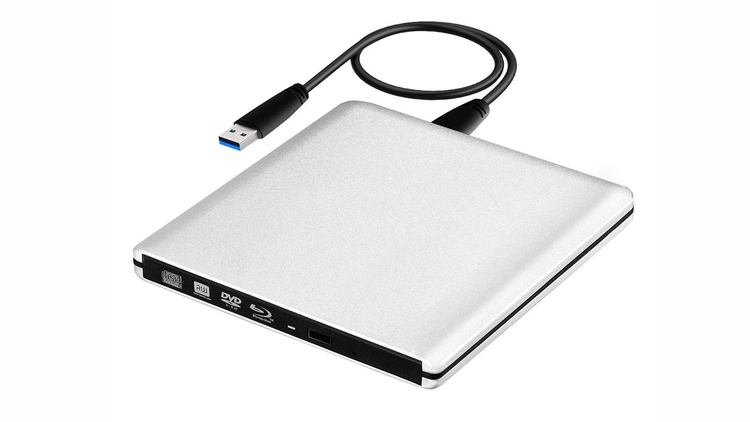 You can also find a Blu-ray drive for their Macs in the form of this offering from VicTsing. A sandblasted metal finish makes it a fine accompaniment for Apple’s design aesthetics, and the $109.99 price tag makes it a tempting device for those who want to add physical HD media to their arsenal.

The slimline unit supports CDs, DVDs and Blu-rays, with the capability to read or burn each format. USB 3.0 again, so dongles required for modern Macs.