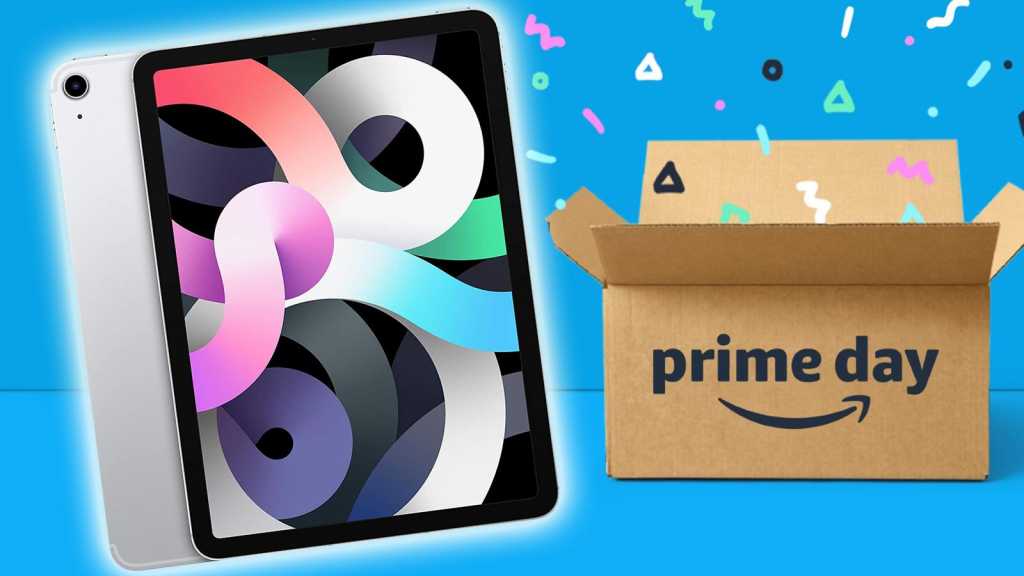 Amazon Prime Day ends at 23:59 today, 22 June, which means there’s just hours left to get your hands on the Prime Day Apple deals. We’re tracking any Apple deals and discounts right here so you don’t miss out.

Note: Be sure to sign up for Amazon Prime to get access to Prime Day deals. You can sign up for the free 30-day membership here.

We’re focusing on UK deals here, but if you’re in the US you can visit our sister site Macworld.com for the latest Apple Prime Day deals where you are.

Plus, if you’re looking for more deals on non-Apple tech and beyond, our sister site Tech Advisor has all the best tech deals here.

One thing is certain, Amazon doesn’t skimp on Apple deals. In fact, it’s often the source of some of the most competitive offers on Apple iPad, MacBook Pro and Apple Watch devices. This year, the list of Apple products has only grown with the introduction of the M1 chip on the iPad Pro range and iMacs. There are also new accessories, like the AirTag Bluetooth tracker and the luxurious AirPods Max headphones.

The brand-new AirPods 3 offer better battery performance, an updated design, and support for Spatial Audio and Adaptive EQ. Save £10 from Amazon or Boots.

Save over £30 on the latest iPad in Amazon’s Spring Sale. This is the cheapest price around, and the lowest we’ve ever seen this model.

The latest Apple Watch also has a solid £50 discount in Amazon’s Spring Sale. The price did drop as low as £314 early last month but currently, this is the best price around.

Save a solid £20 on last year’s Apple Watch SE from Amazon.

While there are no guarantees of what Amazon has in store, based on offers we’d seen in the past, we predicted major discounts on the new M1 MacBook Pro and MacBook Air, the iPad Air 4, and Apple Watch – and of course, the iPhone 12.

We still don’t see any Prime Day offers on the M1 MacBook Pro and MacBook Air, but there is a general discount up to £186 off the MacBook Pro and up to £219 off MacBook Air. It’s possible Amazon might launch further discounts to Prime members over the next day. Keep an eye out!

It’s worth noting that Amazon hasn’t shied away from discounts on the latest M1 MacBooks. It slashed £109 off the MacBook Pro before Christmas 2020 just a few weeks after the devices launched.   Here are all retailers in the UK selling the M1 Macbooks and Mac minis.

While discounts on the 10.2in iPad (8th gen, 2020) have been far and few between, Amazon has been generous with iPad Air 4 discounts – especially after the launch of the iPad Pro with M1 ( here’s where you can buy those).

While we can’t see Prime-member only deals on the iPad Air 4 (good news for those who don’t have an account) – there is an extremely competitive £170 discount on iPad Air 4 with 256GB storage. We’ve never seen it cheaper! It is temporarily out of stock at time of writing, but it looks like you can still place your order and hope that more stock will arrive soon.

We don’t see any drastic discounts on the lower configurations at the moment. Amazon’s previously had up to £132 off iPad Air 4 64GB with Wi-Fi and Cellular, though now that’s dropped to £91 off (the option with the £119 discount is now out of stock). Perhaps Amazon will drop the price even further over the next 36 hours – we’ll have to wait and see.

Apple Watch Series 6 discounts on Prime Day – Confirmed with up to £170 off!

Amazon has slashed off up to £170 off the Watch Series 6 with GPS + Cellular and £110 on the Apple Watch 6 with GPS (44mm) for Prime members. There’s also £134 off the 44mm GPS+ Cellular option in white. Discounts vary by colour and size, but you can get at least £50 off all models right now.

See the best Apple Watch deals across every model.

What is Amazon Prime Day?

Amazon Prime Day is the company’s largest and most competitive sales event, offering millions of exclusive discounts to its Prime members across its varied catalogue, including Apple products and accessories.

You can see Amazon’s Prime Day 2021 landing page here which already lists a few offers including 10% off an App Store & iTunes gift card. We’ll be curating the best Apple deals on Prime Day in this article and in even more detail in these articles below:

Of course, last year the event was altogether postponed to 13 and 14 October, due to logistical complications caused by the pandemic. Last year’s Prime Day kicked off the Black Friday and holiday sales season, and Amazon came out a big winner with triple the profits in Q3 compared to 2019 – that’s a net income of US$6.3 Billion, compared to 2019’s US$2.1 Billion.

Given its success, it’s surprising Amazon chose an earlier Prime Day for 2021. It could be to keep customers attracted to shopping online in the summer as lockdowns ease and more people spend time elsewhere but online.

How to get Prime Day deals

Prime Day discounts are exclusive to Amazon Prime members, so if you wanted to take advantage of the deals, you needed to become a Prime member.

However, the 30-day free trial is also available for anyone that doesn’t want to commit. You can cancel any time.

Amazon Prime is a service that began as a way to get unlimited next-day delivery but has since become much more. Subscribers get access to Amazon’s Netflix rival Prime Video, plus plenty of other benefits.

You can see all Prime benefits here.

As Prime Day’s popularity has grown, other retailers have begun hosting deals events at the same time. We don’t expect any different this year, as many retailers will want to keep their online traffic strong this summer as shoppers are no longer couped up indoors. See our analysis over at Tech Advisor.

While Apple itself doesn’t always join in on Amazon Prime Day, there are plenty of retailers that recognise that it’s worth joining in the fun, so you can find deals events from some of your favourites including:

In the US, Best Buy has started its ‘Better Deal’ sale which runs until 22 June and has discounts on a number of Apple devices, including up to $200 off the iPhone 12 mini, while students can get $200 off the iPad Pro.

B&H Photo Video is another retailer which often has discounts on Apple devices. You might start seeing it compete with Amazon with Prime Day.

It’s essentially a catalogue for the full range of Apple products, and when you click through to specific devices, you’ll also see any available discounts.

We’ve listed all available devices below, many of which had up to 25% off last Prime Day. We’d recommend bookmarking the product pages you’re most interested in, so you can browse discounts as soon as Prime Day hits.

2. Be prepared before you shop Prime Day

Prime Day deals go quickly, as many offers are available as Deals of the Day, which means stock can be limited or only a certain number of hours.

Ensure, first off, you’re signed up to Amazon Prime (or the free trial) to access the deals on Amazon.

Make sure your payment and shipping information is up to date to make sure you can purchase products before they sell out.

If you come across a deal that has sold out, you can usually join the waitlist to be alerted to any stock that becomes available, usually because someone has decided they don’t want to purchase it after all and removes it from their basket.

You can also use the “Watch this Deal” button on upcoming deals to be alerted when they become available.

3. Keep an eye on our deal selections

With a team of Apple-breathing experts browsing through deals and offers every day (literally), you can be sure if there’s a top offer out there. See only the best deals right here