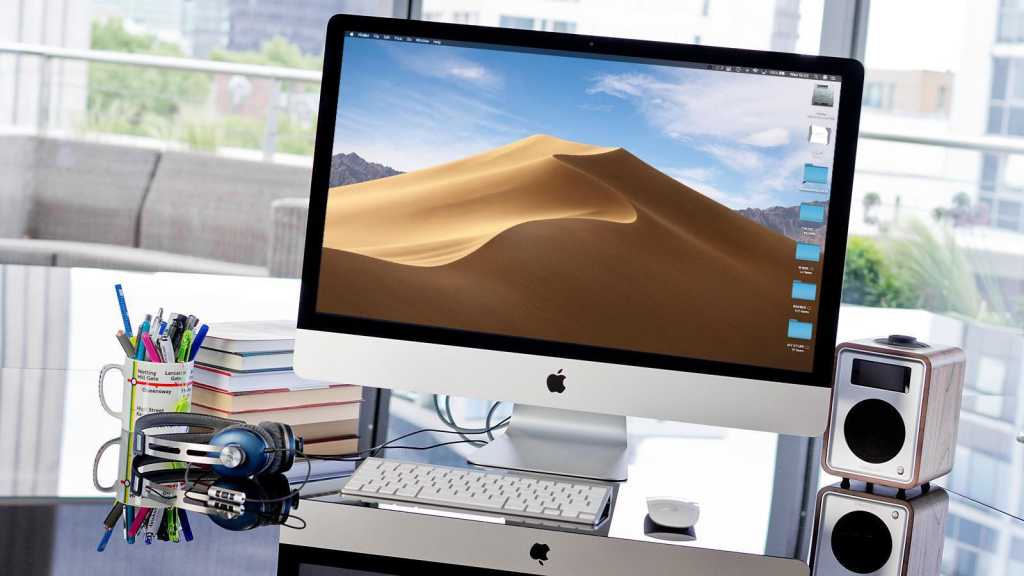 There are a few reasons why you might want to install an old version of macOS or Mac OS X:

Perhaps you are relying on software you have discovered doesn’t work properly in the newest version of macOS and you want to downgrade macOS.

Maybe you are a developer and you need to be running multiple versions of macOS so that you can be sure that your software runs correctly on them.

Or possibly you just don’t like the version of macOS that you have installed.

If you want to downgrade the latest version of the Mac operating system to the one before then you might find it helpful to read: How to downgrade macOS Monterey to Big Sur or older. 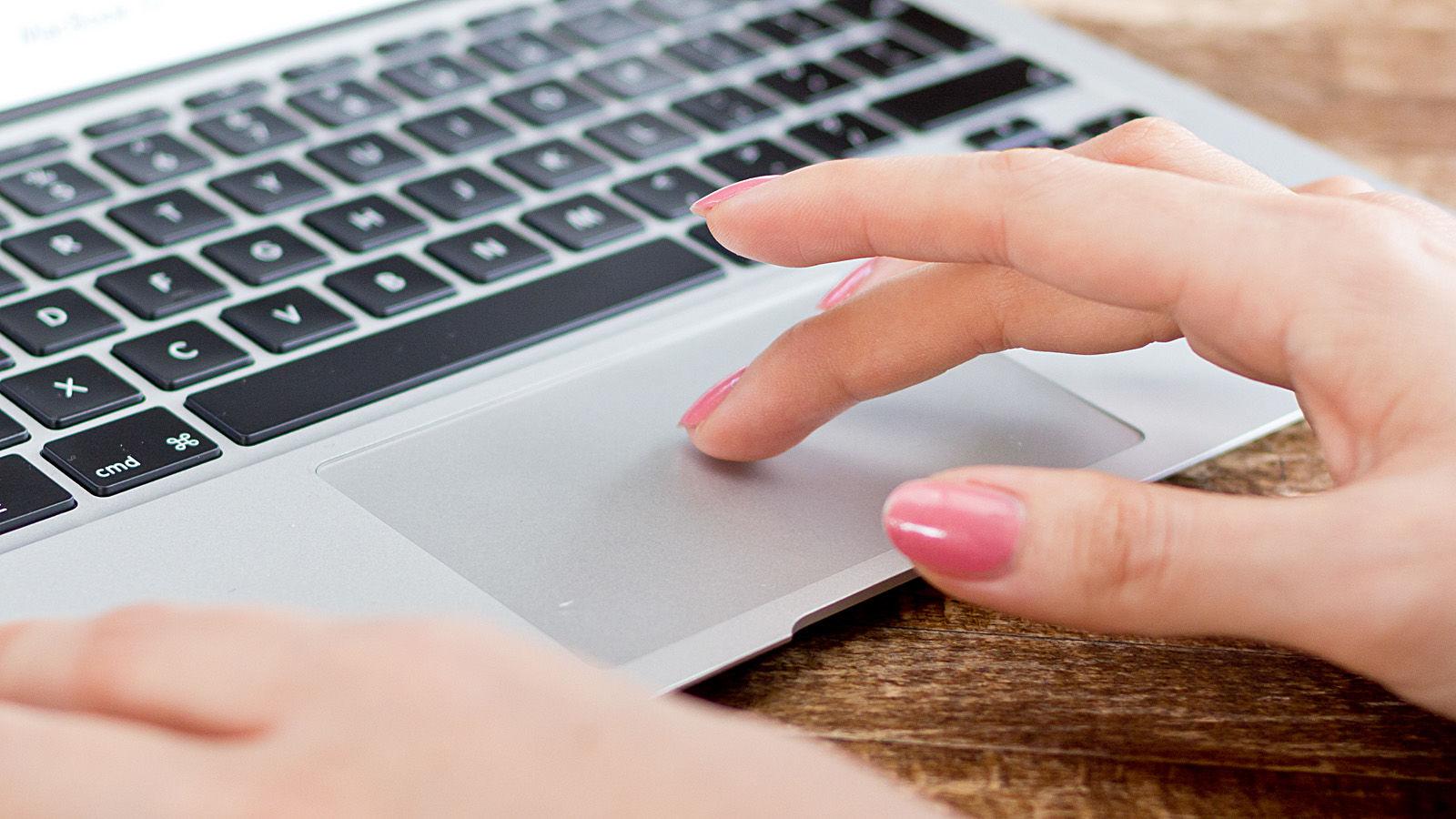 Step 1: Check your Mac can run the macOS version

First you need to confirm that your Mac will be able to run the version of macOS or Mac OS X you want to install.

As a guide, expect your Mac to be able to run any version of macOS or Mac OS X that was supported when that Mac launched, and any that were released in the few years immediately following your purchase.

Now for the bad news: It is unlikely that your Mac will be able to run a version of macOS or Mac OS X that is older than the one that was installed on it when you bought it. You may find you can’t install an old version of Mac OS X on a new Mac because the drivers for the hardware in your new Mac simply don’t exist in the old software, so it can’t run.

Simply speaking, Macs cannot boot into an OS X version older than the one they shipped with when new, even if it’s installed in a virtual machine. If you want to run older versions of OS X on your Mac, you need to get an older Mac that can run them.

However there may be exceptions, for example, if you bought a Mac in 2017, but the spec hadn’t changed from the predecessor, or the model was actually introduced a few years earlier, you may find you can run an older version of macOS on it.

To help you find out what versions of macOS your Mac supports we have a full list of which Macs each version of Mac OS X and macOS.

If you are installing an old version of Mac OS X on an old Mac you shouldn’t have too many difficulties though. 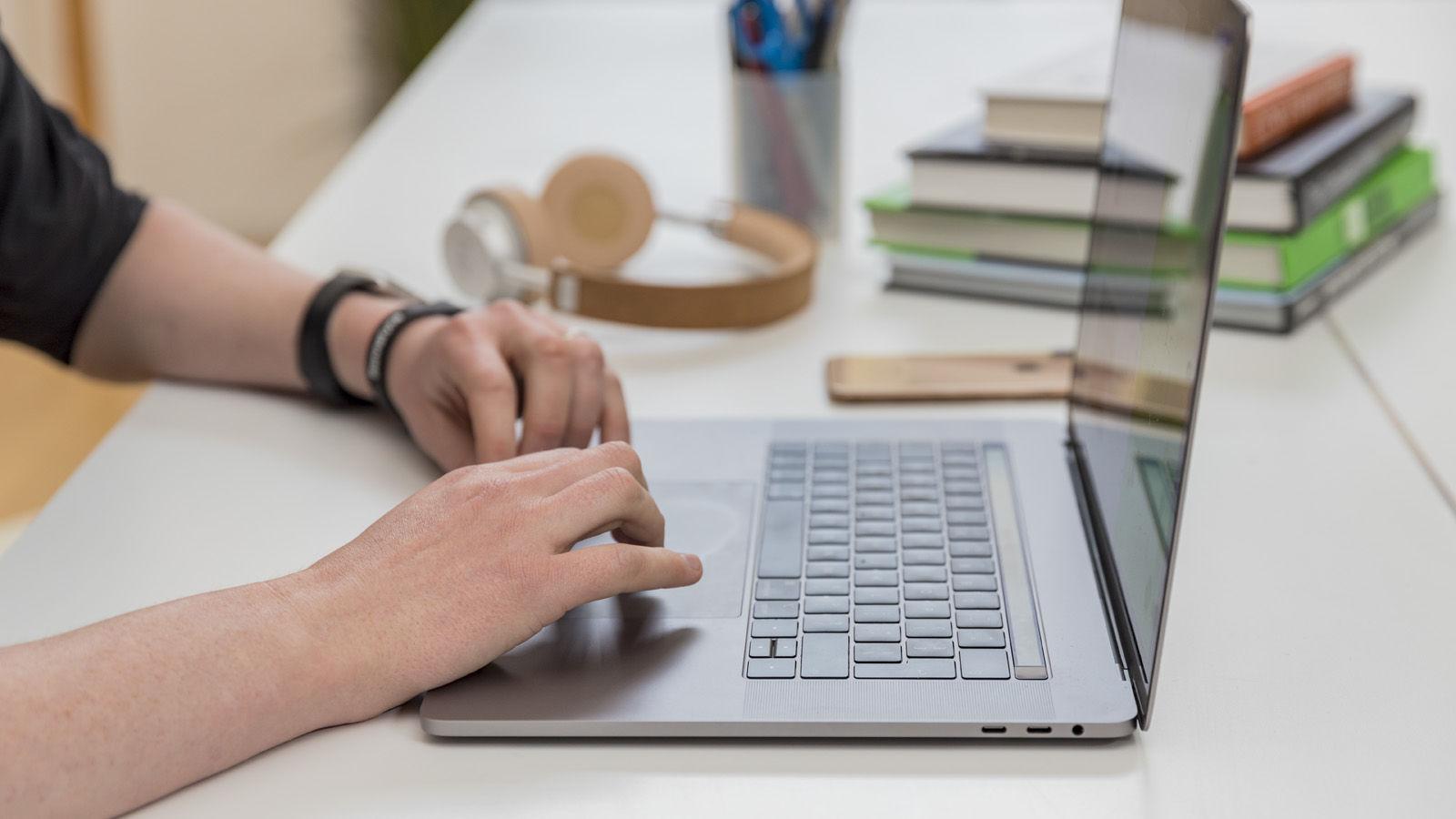 Next you need to download the installer for the version of Mac OS X or macOS you wish to install.

We have a separate article about how to download an old version of macOS or Mac OS X, so if you haven’t got the version of the Mac operating system you want pop over there for advice on how to get it…

If you have a Time Machine backup from before you updated your Mac to a newer macOS you can jump to this section. But remember you won’t be recovering any data you have added since you upgraded so you might want to save that somewhere you will be able to access later.

Step 4: Install the older version of macOS on your Mac 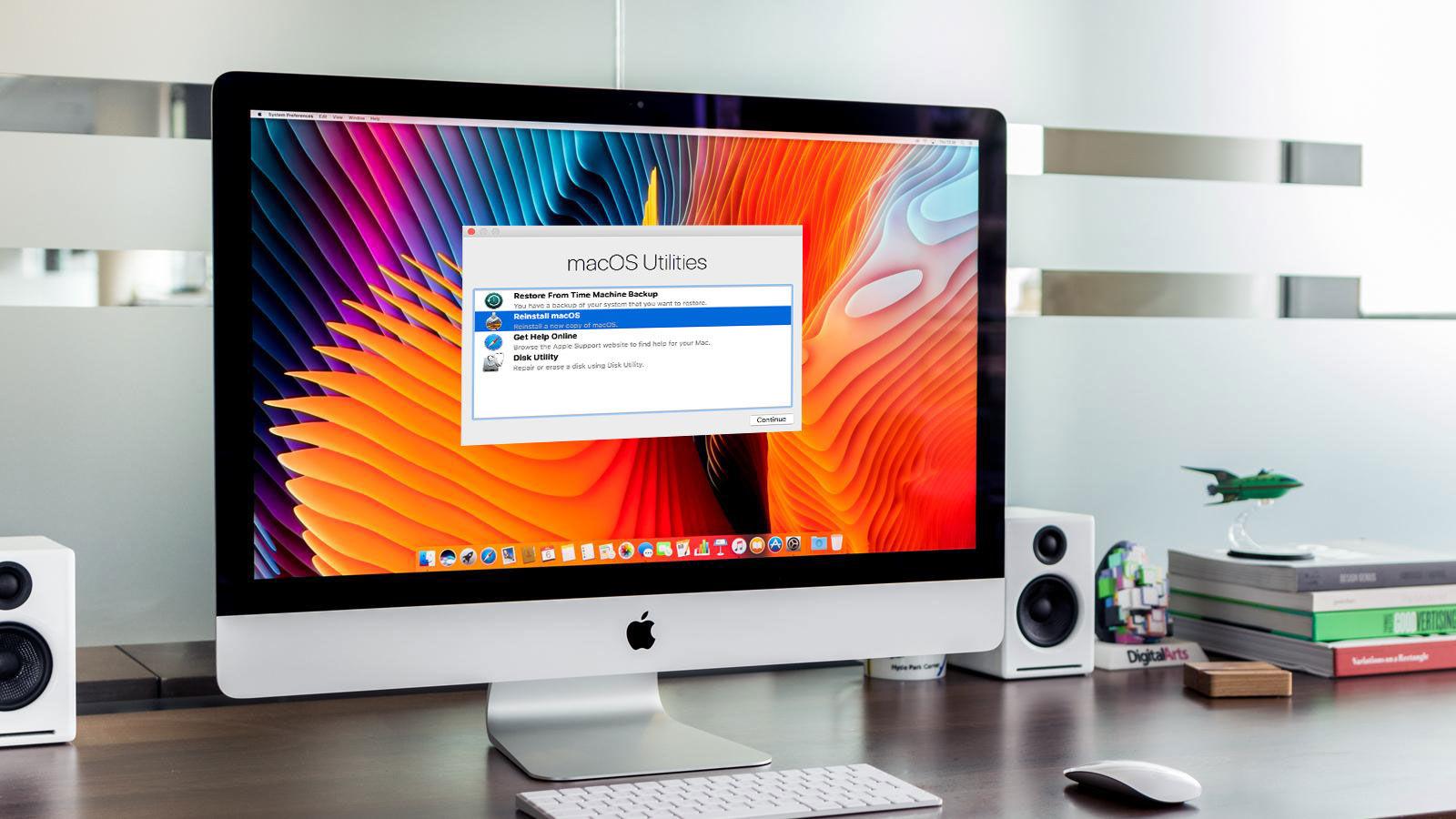 Once you have the installer downloaded you might think you can just click to install it and your Mac will be updated (or rather, downgraded) with the older version. Unfortunately it’s not that simple.

Not keen on completely wiping your Mac? There are options. You could install the version you require on an external drive, or you could run two or more versions of macOS alongside each other.

There are actually multiple methods you can use to install an older version of the Mac operating system on your Mac. The most appropriate method for you will depend on a number of factors including whether you want to run more than one version of macOS.

Below we will look at the following options:

We also have dedicated articles for these different methods that go into more detail, you’ll find links below.

How to revert to an old macOS using Time Machine

If you have a Time Machine backup that predates the version of macOS that you want to bid farewell to, then this could be the simplest solution for you.

Here are the steps you need to take to recover an older macOS from a Time Machine backup:

Remember that if you recover from an old backup you will lose the data you have added since updating to the version of macOS you wish to uninstall.

Here’s how to restore your Mac from a Time Machine backup.

How to downgrade to the OS that shipped on your Mac

While we are talking about Recovery, you might like to try the following method of downgrading your Mac to the version of macOS it shipped with. (It didn’t actually work for us when we tried, perhaps because our internet connection wasn’t good enough, but it should work in theory!)

This has been a feature in macOS Recovery since macOS Sierra 10.12.4, and it should reinstall whatever version of the macOS your Mac shipped with, according to Apple.

Apple explains that you should shut down your Mac and then as you restart press Shift-Option/Alt-Command-R together (this is not easy one-handed!).

Note that if you have an M1 Mac the process for starting in recovery mode has changed – read all the new ways of doing things on M1 Macs – however, you won’t be able to install any macOS older than Big Sur.

Here are the steps Apple describes:

Note: This will wipe your Mac so make a copy of anything you want to keep!

How to install an old macOS using bootable installer

This is a process known as a clean install, which we look at in more detail here: How to do a clean install of macOS. You will be wiping your Mac and installing the version of macOS you require on a clean slate. 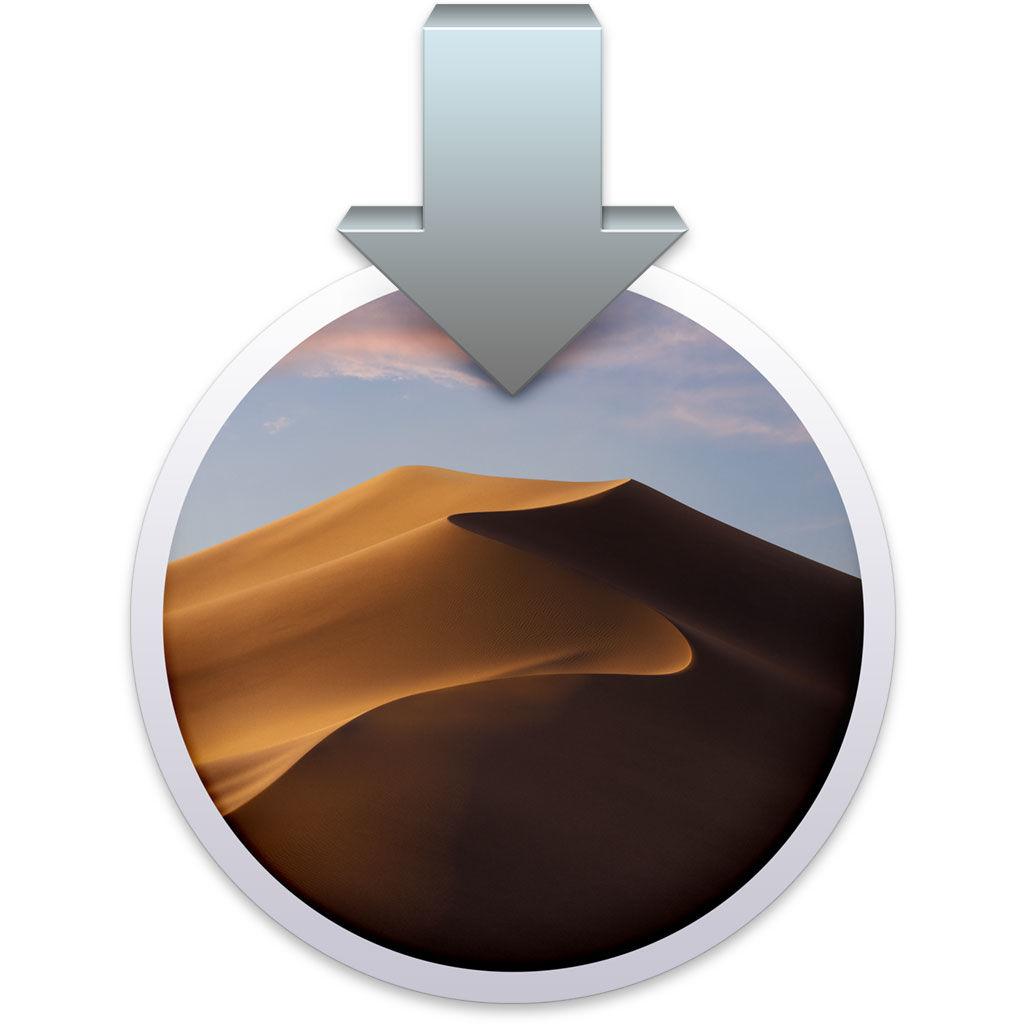 How to run an older macOS on an external drive

It is possible to run a version of macOS or Mac OS X on an external storage device plugged into your Mac.

Rather than go through the steps here, we’ll direct you to this article about how to run How to run macOS on an external drive.

Once you have installed macOS on the external drive all you need to do is hold Option/Alt down when you start up your Mac you can choose to boot from that drive.

The benefit of this method is you don’t need to wipe your Mac. The disadvantage is that the older version of macOS might run slowly – especially if it’s on a slow USB memory stick. 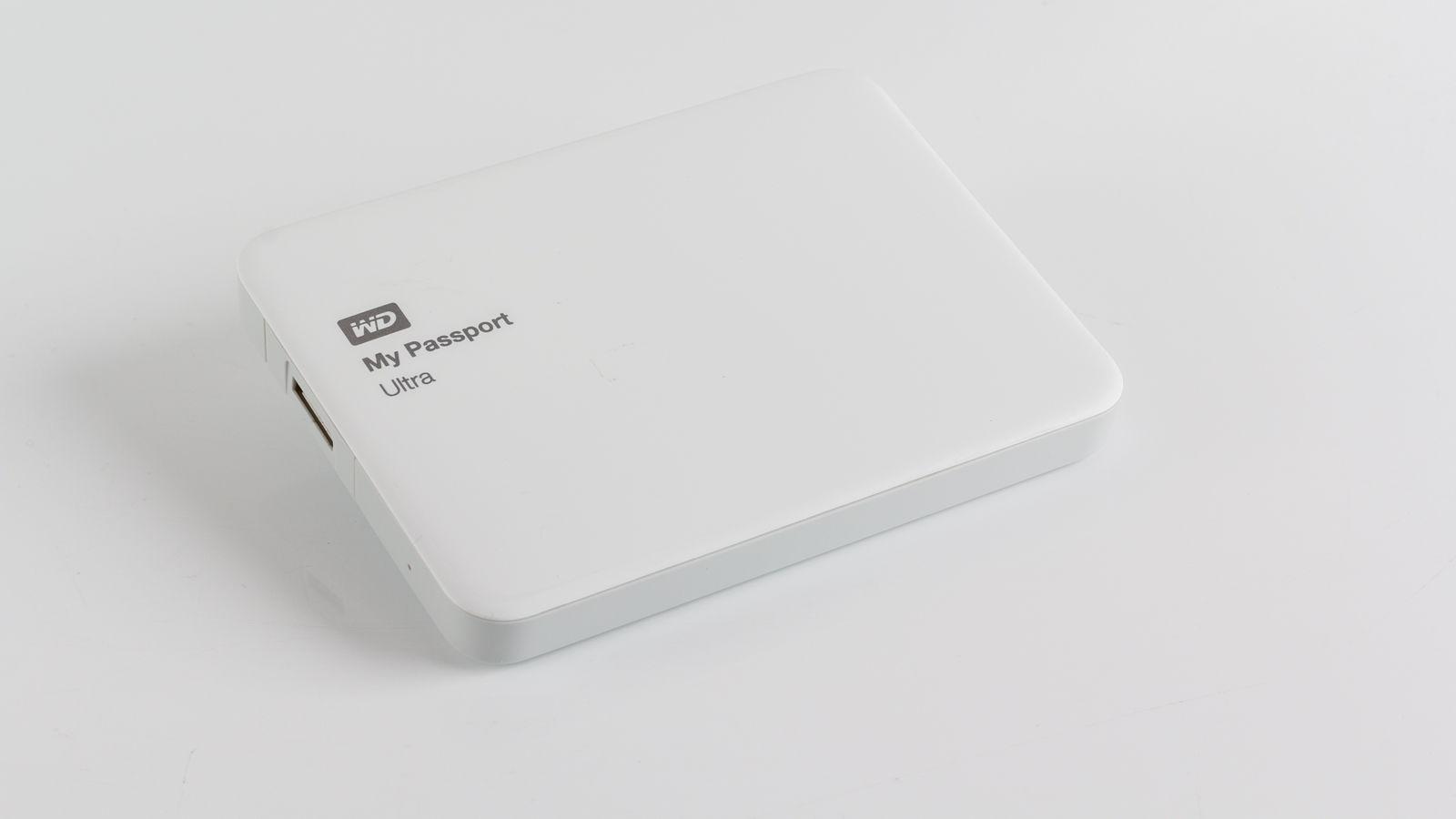 How to run an macOS in a partition or volume

Another great option, if you don’t want to be limited to running just one version of macOS is to install the other version (or versions) on a partition or volume.

Whether it’s a partition or volume depends on the version of macOS that is primarily installed on your Mac. It’s a lot easier to install a version of macOS on a Volume, but only newer versions of macOS support volumes.

We look separately at how to run two versions of Mac OS X on separate partitions/volumes. 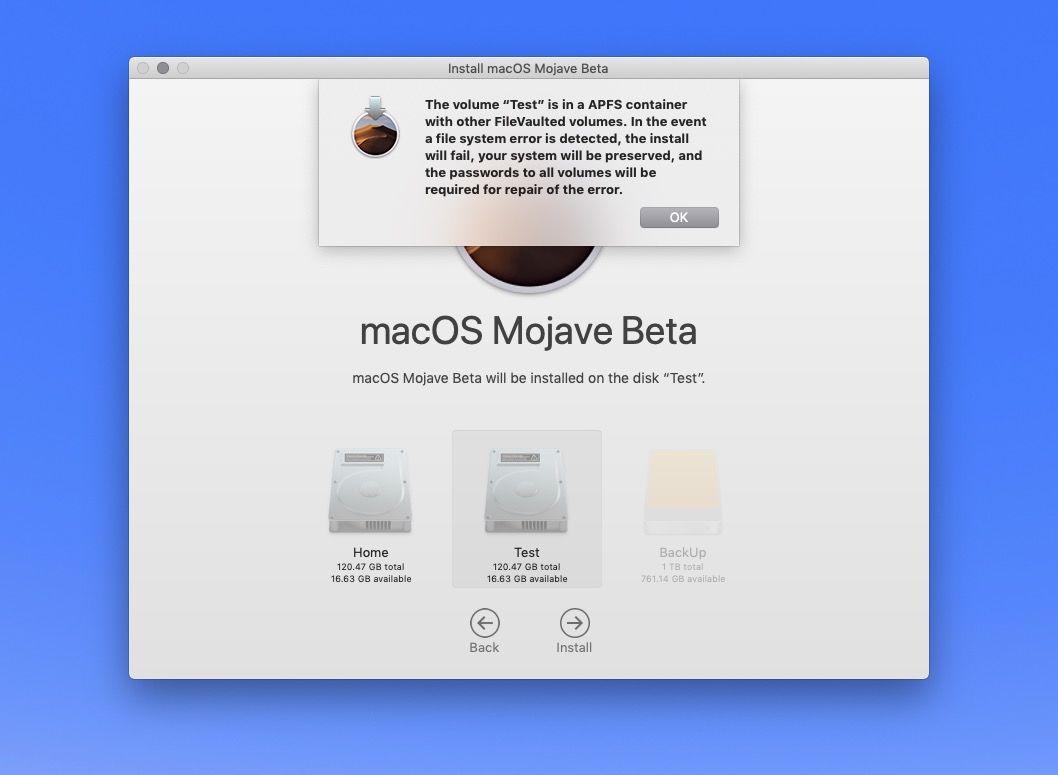 Before we look at how to install a version of Mac OS X on a virtual machine we need to look at Apple’s end user license agreement. This is a legal minefield. Read about Apple’s Terms and Conditions and the EULA here.

Since Mac OS X 10.7 versions of the Mac operating system are only licensed to be run in a virtual machine if the host Mac is running the same version. This means that installing an OS X 10.8 VM on a Mac running another version of OS X is a violation of the 10.8 software license agreement. The newest version of OS X that can legally be run in a virtual machine with a different OS X host is Snow Leopard (10.6).

The solution here is too run the server versions of the OS that you require, as long as you have the software license from Apple.

Despite this, VMware Fusion and Parallels do support OS X client as well as server versions.

Another thing to note is that Apple’s end user agreement does allow you to run the Mac OS on two virtual machines on one computer, but these virtual machines cannot be used for business (unless you’re a registered Apple developer).

Also bear in mind, as we mentioned earlier, Macs cannot boot into an OS X version older than the one they shipped with when new, even if it’s on a virtual machine. If you want to run older versions of OS X on your Mac, you need to get an older Mac that can run them.

There are a number of software packages that make it possible to run multiple versions of the Mac OS (and even Windows) on your Mac. These include Parallels, VMware Fusion, Virtual Box. Find out which is best by reading: Parallels, VMware, VirtualBox compared.