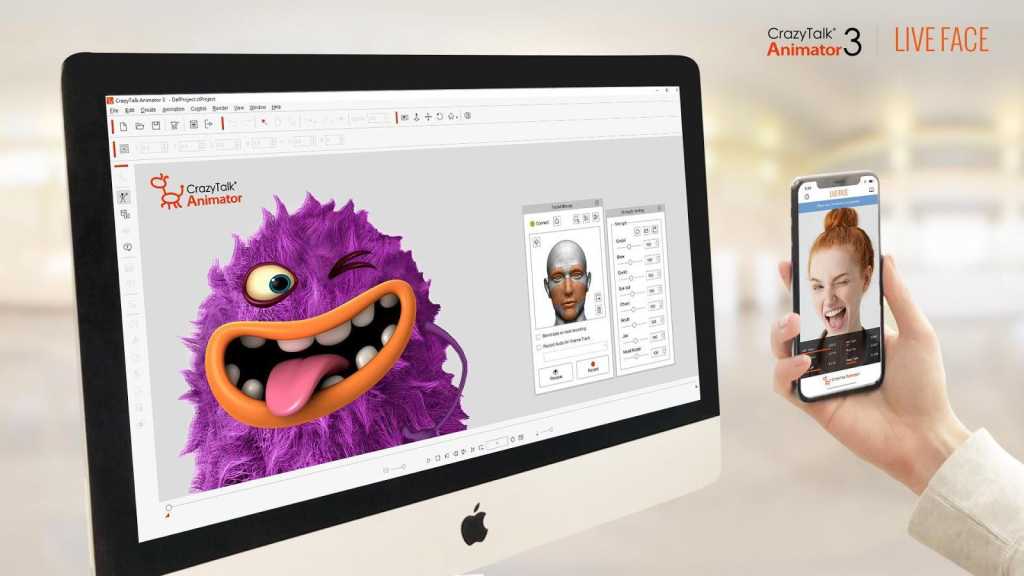 The iPhone X‘s TrueDepth camera has so far been known for doing two jobs: creating Animoji (and Memoji), and unlocking the device with Face ID. But now it can be used to animate 2D characters in a third-party software suite, thanks to a free iOS app from Reallusion.

Live Face (or LIVE FACE, to use the company’s overexcitable official typography) captures the sophisticated facial tracking data from the TrueDepth camera and feeds it directly (and in real time) to a Mac or PC. This means you can easily create an animated host for a live broadcast, for instance.

It works by setting up the iPhone X as a Wi-Fi hotspot and then connecting the computer to that hotspot. Reallusion says Live Face can live-track 57 face signals (data points on the face, including things like mouth shape, brow movement and eyeball rotation) via Wi-Fi in this way.

On the PC/Mac end the data is received and processed by Reallusion’s CrazyTalk Animator 3 suite, where it is used to animate 2D characters.

Live Face works with CrazyTalk Animator 3 Pro, which costs  £84.99/$89.99 from the Mac App Store; it also works with the more expensive Pipeline version, for which the firm is currently offering an extended free trial until the end of July 2018. Note that Live Face does not work with the Standard version of the software. You can read a comparison of the three versions here.