Following months of speculation and leaks, Apple took to the Steve Jobs theatre earlier today and revealed the not only the next generation of iPhone, but a new Apple Watch too. The iPhone XS, XS Max, XR and Apple Watch Series 4 are official – carry on reading to find out all you need to know about the upcoming products, from features to release date and pricing information.

(And here’s a look at the products it killed off to make room for all those new goodies.)

The first big announcement at Apple’s September 2018 event was the Apple Watch series 4. The most noticeable change is in the display department; like the upgrade from iPhone 8 to X, the Apple Watch Series 4 has slimmer bezels than ever before. This allowed Apple to slightly up the size of the displays – 40 and 44mm respectively – without any real change to the size of the body.

The corners are more rounded than before, and the Series 4 UI has been updated to take advantage of it. New watch faces feature more space for complications that wrap around the edges of the display, and a range of exclusive faces really show off the new display.

Alongside the new display, there’s an upgraded Digital Crown that now features haptic feedback, providing a satisfying click when interacting with the Watch. It also features an electrical heart sensor, allowing you to take real-time ECGs. It’s the first of its kind provided over-the-counter to consumers, but it’ll be limited to US users initially while it gets approval around the world.

The Watch Series 4 also features a redesigned speaker that is 50 percent louder, ideal for taking phone calls on the watch. Under the hood, there’s a new 64-bit S4 chipset that is two times faster than the S3 chip in the Watch Series 3.

Despite all the new tech, Apple promises the same 18-hour battery life offered on previous models of Watch. It actually offers improved time when tracking exercises – up to six hours this time around. 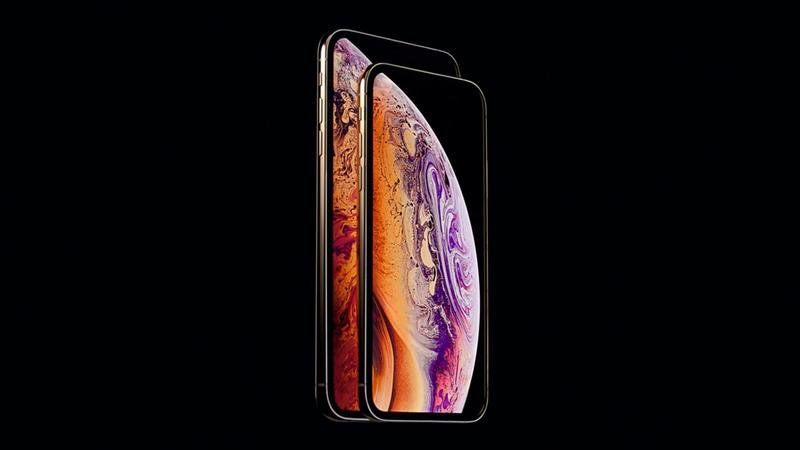 The star of the announcement was undoubtedly the iPhone XS, along with the XS Max. The phone looks similar to that of 2017’s iPhone X, though with a handful of improvements. Let’s start with the obvious; the new range comes in two screen sizes, 5.8in and 6.5in respectively. Thankfully, that’s the only difference between the two smartphones (apart from price) as both feature Super Retina Displays and offer a pixel density of 458ppi.

It’s true in other departments too; the iPhone XS and XS Max both offer improved water resistance, now up to IP68, protecting your device in up to 2m of water for 30 minutes. Perfect if you accidentally drop your phone in a swimming pool!

Speaking of dropping the phone, the new iPhones feature the “most durable glass ever in a smartphone” according to Apple, though the company didn’t go into specifics as to how this was achieved. It should hopefully remedy the issue of shattering both the front and rear of the iPhone with a single drop!

The new range is faster than the iPhone X thanks to the new A12 Bionic chipset, the first 7nm chip in any smartphone. This provides improvements not only to general performance when browsing and gaming, but faster Face ID recognition and improved photography too. The storage has been upped too; the XS and XS Max are available in 64-, 256- and 512GB capacities.

Though the stats are largely the same in the camera department, there are minor performance improvements across all photo and video modes.

It consists of one physical SIM card slot and one eSIM slot. It’s the first time we’ve seen an eSIM slot on an iPhone, but it has been a feature of cellular iPads for some years. It allows you to change your provider depending on where you are in the world, providing access to cheap data and call rates while in another country.

Both models are available in three colours – white, space grey and gold – and are available to pre-order this Friday ahead of launch on 21 September. The iPhone XS starts at £999 for 64GB, while the iPhone XS Max is £100 more at £1099.

Find out all you need to know in our iPhone XS and XS Max news hub, and to see how they scrub up compared to the iPhone X, check out our iPhone XS vs iPhone X comparison. 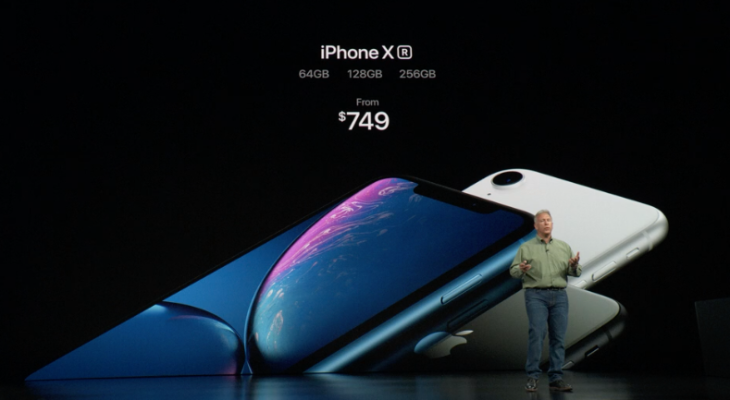 Apple also announced the iPhone XR alongside the iPhone XS and XS Max, a more colourful iPhone range coming in October. The main highlight of the XR range is the colour selection; it’s more vibrant than the premium range, and harks back to Apple’s iPhone 5c, available in white, black, coral, Product Red, Blue and Yellow.

Like the 5c line, the iPhone XR range is slightly cheaper than the XS, starting at £799 in the UK. That’s appealing, especially when you consider that it features many of the same features as the iPhone XS. Let’s start with what’s the same; you get the same powerful A12 Bionic chipset, Face ID and Portrait mode, though there are some subtle changes in hardware.

The iPhone XR features a 6.1in edge-to-edge LCD ‘Liquid Retina’ display instead of the OLED Super Retina display, sporting a lower resolution of 1792×828 and a pixel density of 326ppi. 3D Touch has also been removed, replaced with ‘Haptic Touch’. You still get access to the 3D Touch features, but instead of pressing down to reveal the menu, you tap and hold until you feel haptic feedback.

On the rear, there’s a single 12Mp wide-angle camera, the same as one of the two cameras on the 10S and 10S Max. But despite being a single-camera setup, the iPhone XR can still offer Portrait mode with impressive results if Apple’s keynote images were anything to go by.

Take a look at the latest iPhone XR news for everything you need to know about Apple’s colourful iPhone range.

The UK Tech Weekly Podcast discuss the new iPhones and the Apple Watch Series 4 in episode 102: