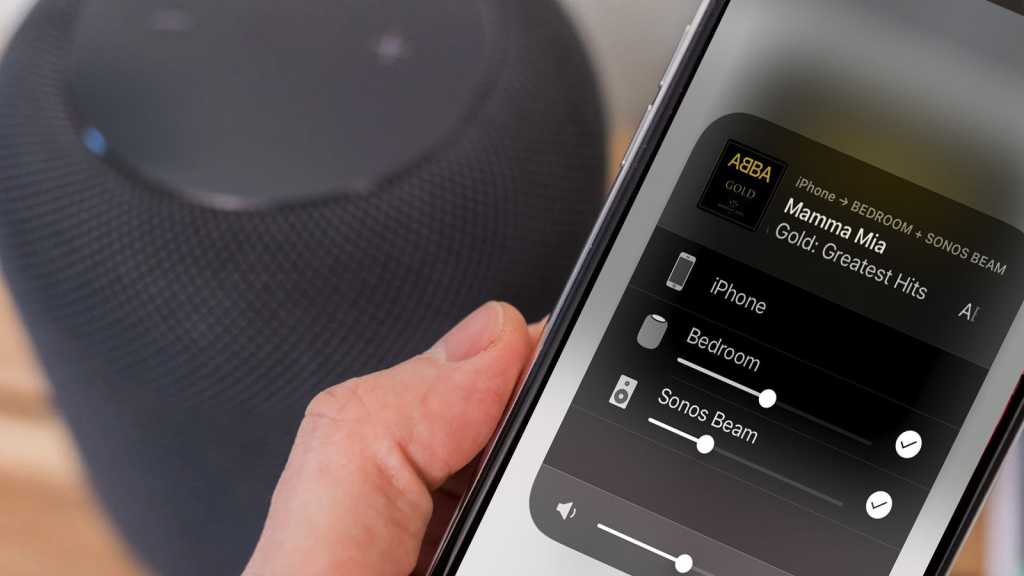 It was a bit embarrassing for Apple that the HomePod shipped without some of the key features that had originally been promised, such as the ability to pair two HomePod speakers together for true two-channel stereo sound. Especially as companies such as Sonos have been providing wireless stereo with their own speakers for years now.

That stereo option was held up while Apple worked on AirPlay 2, an updated version of its AirPlay wireless streaming software, which was eventually released in May of this year as part of iOS 11.4 and macOS 10.13.6. The stereo pairing option now works just fine – but it was odd that so many headlines focused on just that one feature, because AirPlay 2 is actually a lot more ambitious than that.

Mix and match your speakers

The original AirPlay just worked with one speaker at a time, but one of the key features of AirPlay 2 is its ability to connect multiple speakers together as part of a multi-room audio system that allows you to play music throughout your home. And, just as Apple licensed the original AirPlay to other manufacturers – where it is found in high-end speakers such as the B&W Zeppelin, and also in Libratone’s portable Zipp range – it has begun to license AirPlay 2 for use in other types of speakers as well. 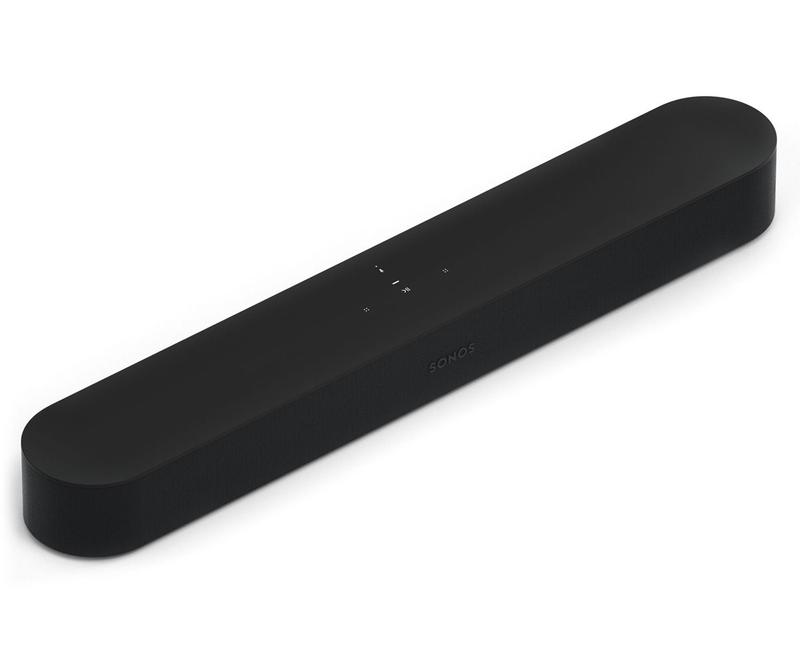 Which speakers are compatible with AirPlay 2?

Sonos was one of the first companies to support AirPlay 2 with its new Beam soundbar (and there’s now an AirPlay 2 software update for the Sonos One smart speaker too).

We’re also looking forward to an AirPlay 2 update for the Zipp range from Libratone in September, and big names such as Bose and Bang & Olufsen are working on new AirPlay 2 speakers as well.

So, with all these speakers supporting AirPlay 2, it is now possible to have the Sonos Beam tucked under your TV in your living room, a HomePod in the bedroom – where it can also use Siri to control other devices, such as your lights or heating – and (hopefully) a portable Zipp that you can take out into the garden for a BBQ. And with AirPlay 2 you can stream music to all those different speakers simultaneously from your iPhone, your iPad, or iTunes on your Mac.

Let’s start with the basics, just setting up one HomePod on its own. This is pretty straightforward, as long as you remember to turn on Bluetooth on your iPhone or iPad during the initial setup.

You’ll be prompted to assign the HomePod to a specific room – we’ll go for the bedroom for now – and once the HomePod is connected it will automatically show up within the Home app in iOS 11.4 or later. 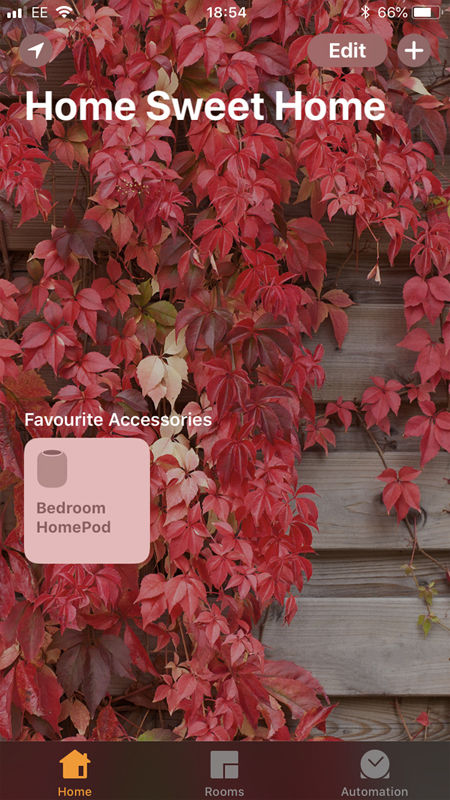 Now we’ll add the new Sonos Beam – which, incidentally, is a terrific little speaker, with sound quality that is good enough to use as the main speaker in your front room, rather than just as a soundbar for your TV.

You need to use Sonos’ own Controller app to initially set up the Beam, and we’ll use Controller to assign the Beam to the living room as well. 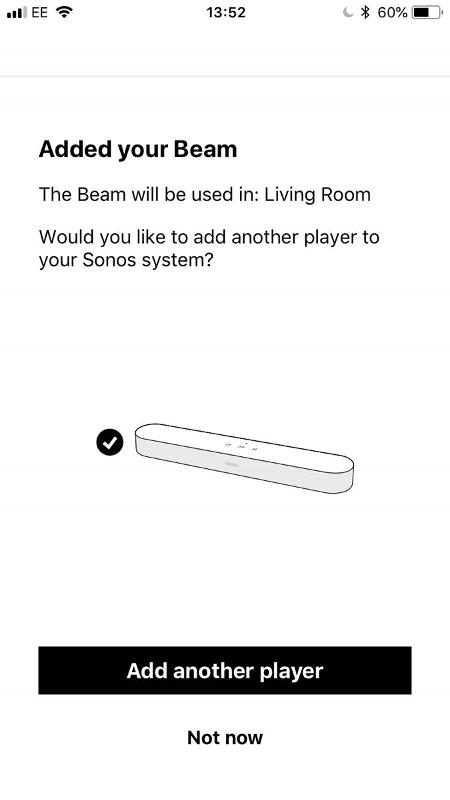 The Beam uses an HDMI cable to connect to a TV, but its AirPlay 2 support means you can also stream music and audio to the Beam from any app on your iPhone, iPad or Mac. And, if you open the Home app on your iOS device again, you can now add the Beam to the Home app as well.

Tap the ‘+’ sign in the top-right corner of the Home app’s main window, and then select ‘Add Accessory’.

The Beam comes with a little leaflet that has a special 8-digit code printed on it, so you can either scan the code using your device’s camera, or just type the code in to add the Beam to the Home app. 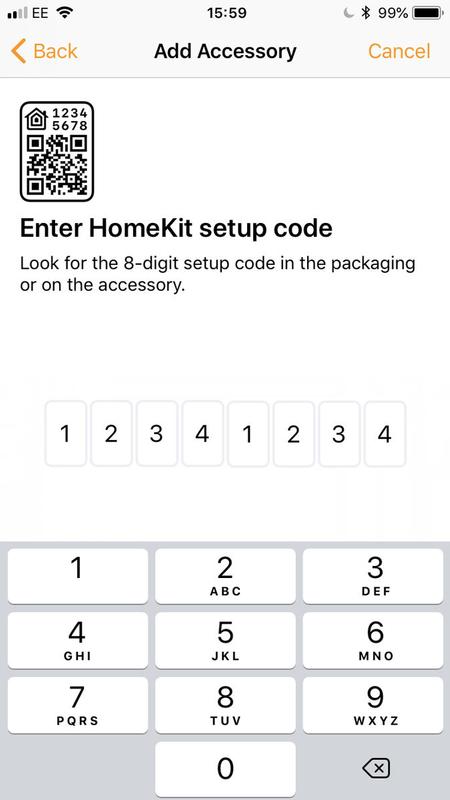 Apple obviously doesn’t think you’ll ever want to buy any speaker other than the wondrous HomePod, so the Home app simply refers to the Sonos Beam as an anonymous ‘Living Room Speaker’. However, if you press and hold on the speaker icon you can edit the details for the Beam and make it easier to identify. 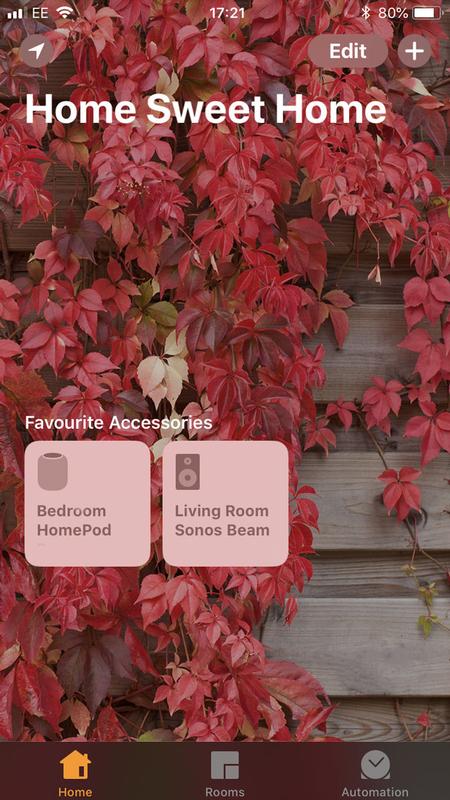 Now that we’ve got the two speakers properly set up, we can see what AirPlay 2 is really capable of. We’ll demonstrate its capabilities with the song Mamma Mia by Abba, which we’ve transferred from iTunes on a Mac to the iOS Music app on an iPhone.

Tap the little red AirPlay icon at the bottom of the Music app screen, and you’ll see the AirPlay speakers we set up. At the moment, Mamma Mia is playing on the iPhone’s internal speaker, so the iPhone is ticked at the top of the list, but we can also see the icon for the HomePod in the bedroom, with the Sonos Beam right below it.

You’ll also see that the Bedroom speaker is listed as ‘Not Playing’ in a separate little box below that – we’ll come back to that in a minute when AirPlay starts to get really clever. 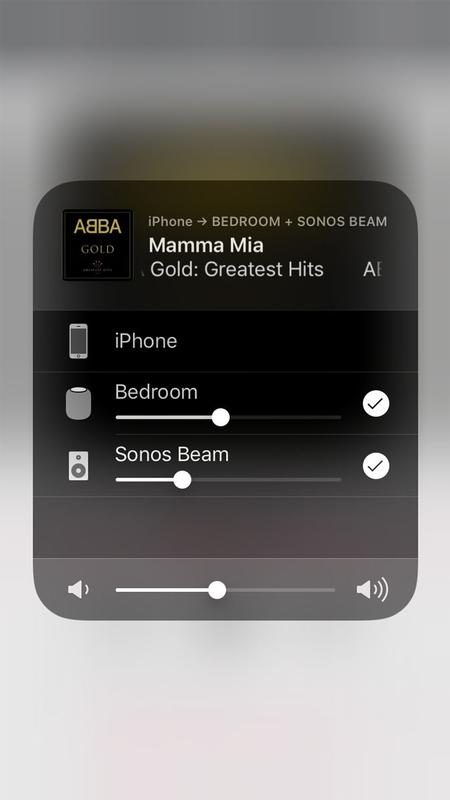 Most multi-room speaker systems can do that, of course – but this is the first time we’ve ever been able to do it with speaker systems from different manufacturers, courtesy of AirPlay 2.

Another nice touch is the ability to adjust the volume for each speaker individually using the slider controls right beside the speaker’s name, or to adjust both speakers together by using the ‘master’ control at the bottom of the AirPlay window. And, once you’ve got your music playing, you can view the AirPlay controls at any time from the Home screen, or from within any other apps, just by swiping up from the bottom of the screen to open up Control Centre.

How to disconnect your speakers

If you want to separate the two speakers at any time, you can just tap on either speaker once more in order to ‘ungroup’ them.

Playing two different songs at once

And this is where AirPlay 2 really starts strutting its stuff. Let’s go for something a little more laid-back for the HomePod in the bedroom.

If you have a subscription to the Apple Music service then you can use Siri voice controls and just say: “Hey Siri, play Real Love Baby by Father John Misty.” The HomePod is the default speaker for Apple Music, so Real Love Baby will now start playing in the bedroom. 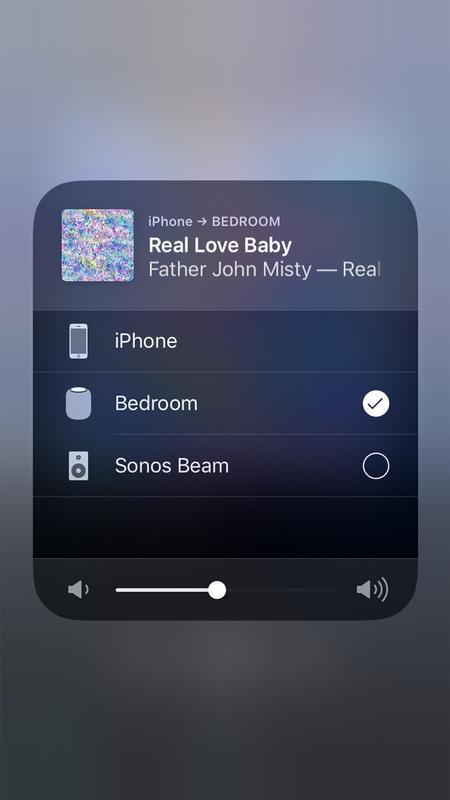 But I can still open up the Music app on my iPhone and use the AirPlay controls to carry on playing Mamma Mia through the Sonos Beam in the living room at the same time.

And, when you think about it, that’s actually pretty awesome.

Of course, the HomePod is very much designed for use with Apple Music, and you can’t use Siri to control other streaming services, such as Spotify or Tidal, in the same way. But that doesn’t stop you playing music from other services altogether and, after a little experimenting, we found that we were able to turn off Apple Music and then play Real Love Baby on the bedroom HomePod from a Tidal account using the Tidal app on iPhone – whilst also using the Sonos Controller app on the iPhone to play Mamma Mia on the Beam in the living room at the same time.

And AirPlay doesn’t just work with iOS devices. If you have a large collection of music stored in iTunes on a Mac, then you can play your music through these AirPlay 2 speakers in exactly the same way.

Just click the AirPlay icon in the iTunes toolbar and you’ll see the HomePod and Sonos Beam available for streaming your music. And, unlike the iPhone, our office iMac has a pretty decent set of internal speakers as well, so we can play music on all three sets of speakers in different rooms at once.