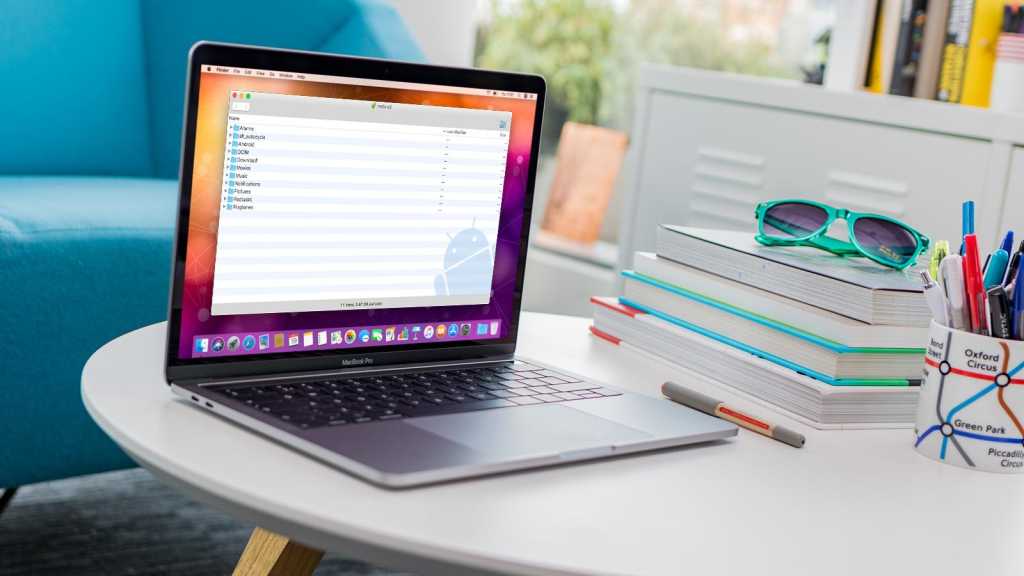 If you own an Android smartphone and a Mac – a relatively unusual combination, but hardly unknown – then you may sometimes feel like the world is against you. Even though there are far more Android users in the world, Macs work, sync and connect most happily with iPhones.

But while Apple is not the most helpful company when it comes to interoperability, there are workarounds. Google’s suite of services make it pretty straightforward to fully sync an Android phone and a Mac, but this is still a multistep process. If you just need to connect the two devices and transfer a file across (usually when you want to get a photo off the phone without compressing it by emailing it to yourself), it’s simpler to use a piece of software called Android file Transfer. In this article we show you how.

The software – can we just call it AFT from now on? – is made by Google itself and is available from Android.com. It requires Mac OS X 10.7 or later.

Download and install the software by following the onscreen instructions: you’ll need to double-click the file AndroidFileTransfer.dmg and drag the icon into your Applications folder.

The first time you open the software you may have to authorise it to run.

Connect the Android to the Mac

Plug your smartphone (which needs to be switched on and unlocked) into the Mac using a USB cable. (If you haven’t got the right cable – particularly likely if you’ve got one of the newer, USB-C-only, MacBooks – then connecting wirelessly may be possible. We deal with this later on.)

Open AFT (if it doesn’t open automatically when you plug in the phone). 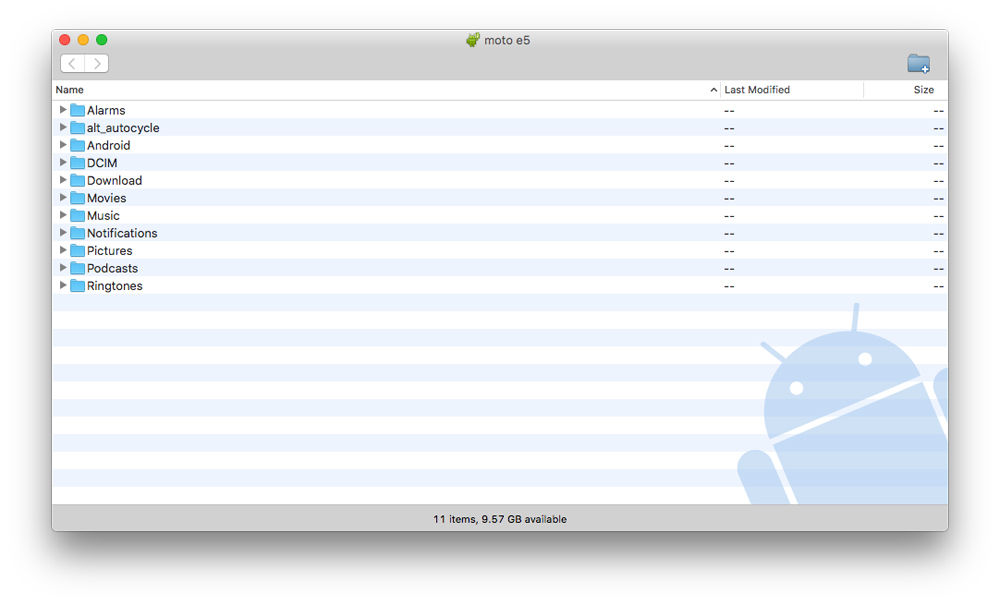 Files are organised in a mostly logical and self-evident arrangement, with one exception: if you’re looking for photos taken on the phone itself you need to look in a folder with a name like ‘DCIM’. Look for a subfolder called Camera, and the photos should be in there. 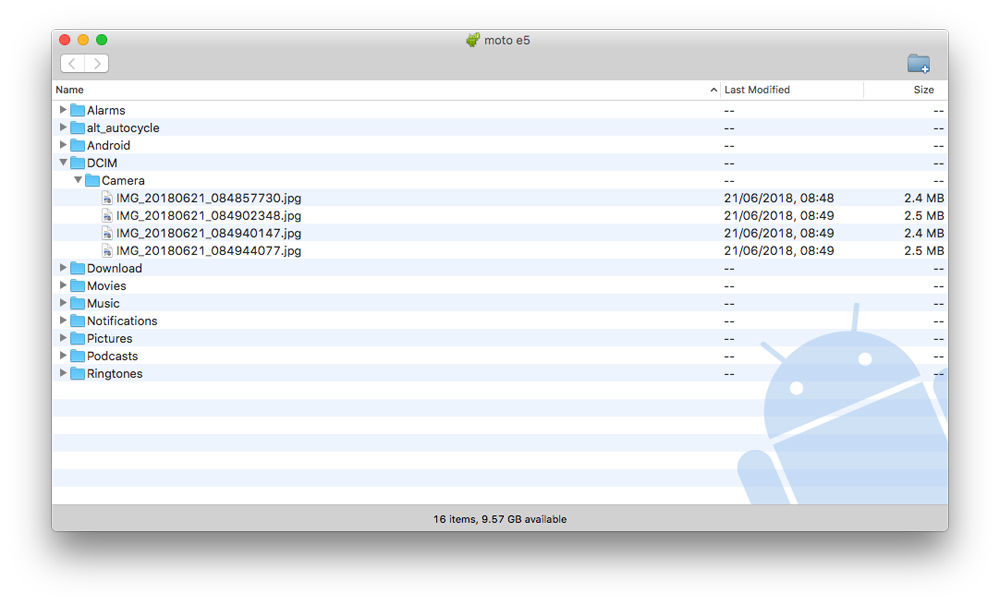 If you’re looking for screenshots, look in the Pictures folder, where a subfolder called Screenshots should appear if any are stored on the phone.

You can drag-and-drop files from this window to the desktop. Or you can manage the files, including making new folders.

AFT is free software that’s simple to use, and we’re very keen on it. However, you’ll sometimes have problems persuading the Mac and phone to see each other, throwing up the error message ‘Could not connect to device.’

There are various ways to deal with this: the cable may be faulty, for instance, so try a spare if you’ve got one – but in our experience the solution can usually be found in the notification panel at the top of the screen. 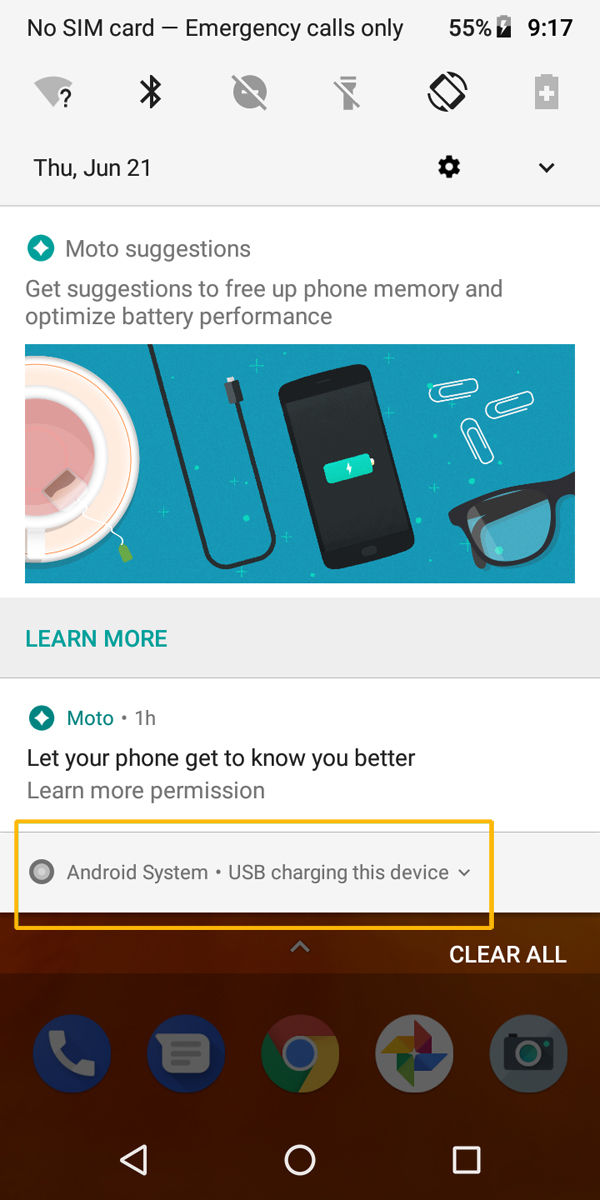 Pull this down and look for a note at the bottom saying something like ‘USB charging this device’. Tap this, and then tap it again when prompted. You’ll see a menu headed ‘Use USB to’, and should select ‘Transfer files’. 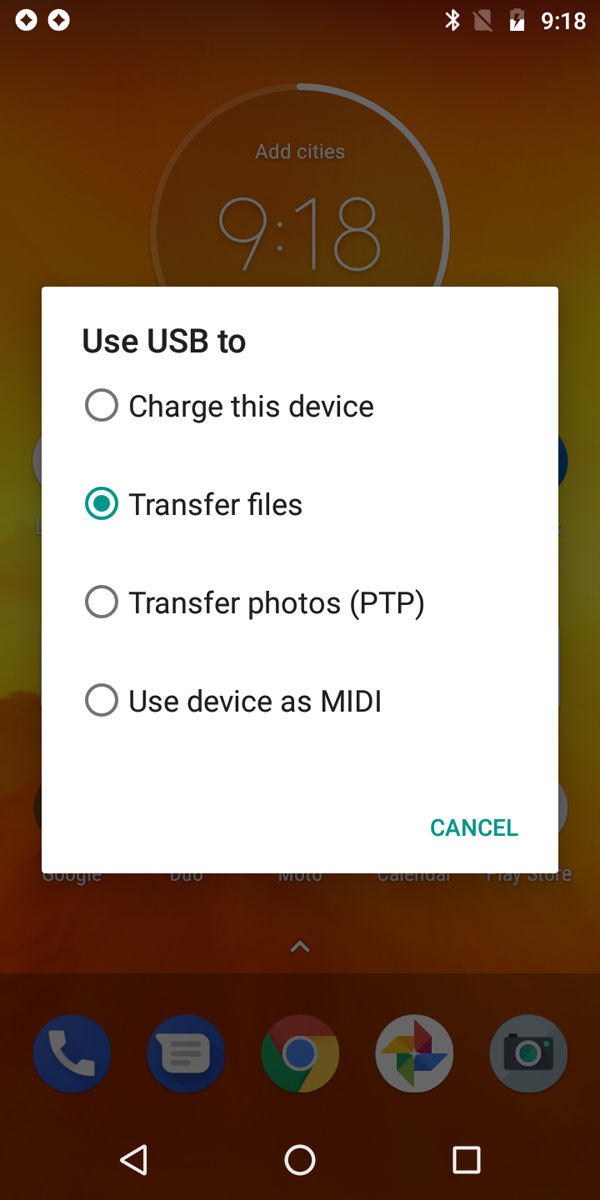 If you’d rather manage without cables, there are plenty of software options that let you work wirelessly. Try AirDroid, SHAREit or, for a slightly different approach, DropBox.