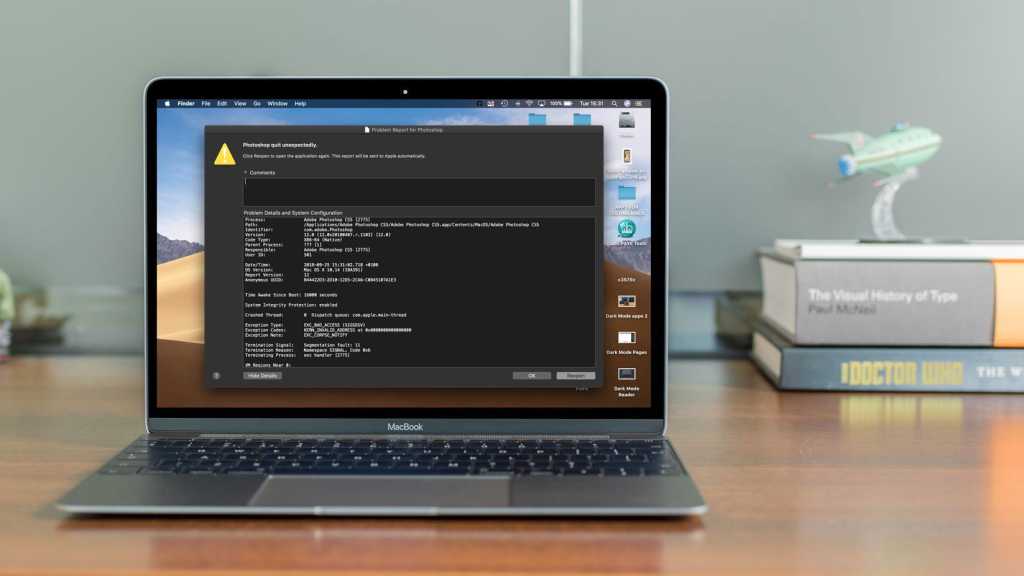 When we installed Mojave on our Mac we were very happy, until we discovered that we could no longer use Photoshop CS5. Sure it’s a very old version of the app, but like many people we use it infrequently and therefore don’t feel the need to fork out a monthly fee to upgrade to the Adobe Creative Cloud version (although we are sure it’s excellent – you can purchase it here).

We’ll explain in more detail what happened when we tried to use Photoshop in Mojave and how we fixed the issue below, but a summary of our steps is as follows:

How to fix Photoshop crashes in Mojave 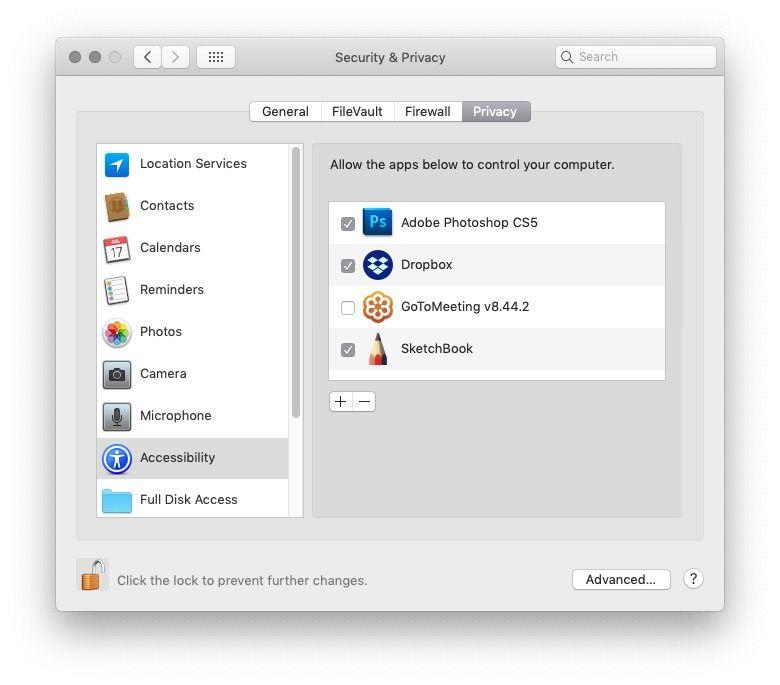 What to do when apps won’t open in Mojave

If you are using old apps it is likely that you will have issues with crashes or apps not opening. While Apple has said that 32bit apps will run in Mojave, it has said that this will not be without compromise, so expect to have problems. Of course if you are running old apps that are no longer being updated by the developer the best solution would probably be to update to a newer version of the app. We have an article detailing the apps that don’t work in Mojave here.

In our case it was an old version of Photoshop that caused a headache. Here’s what happened.

When we attempted to run Photoshop after installing macOS Mojave it immediately crashed and produced the below error report. 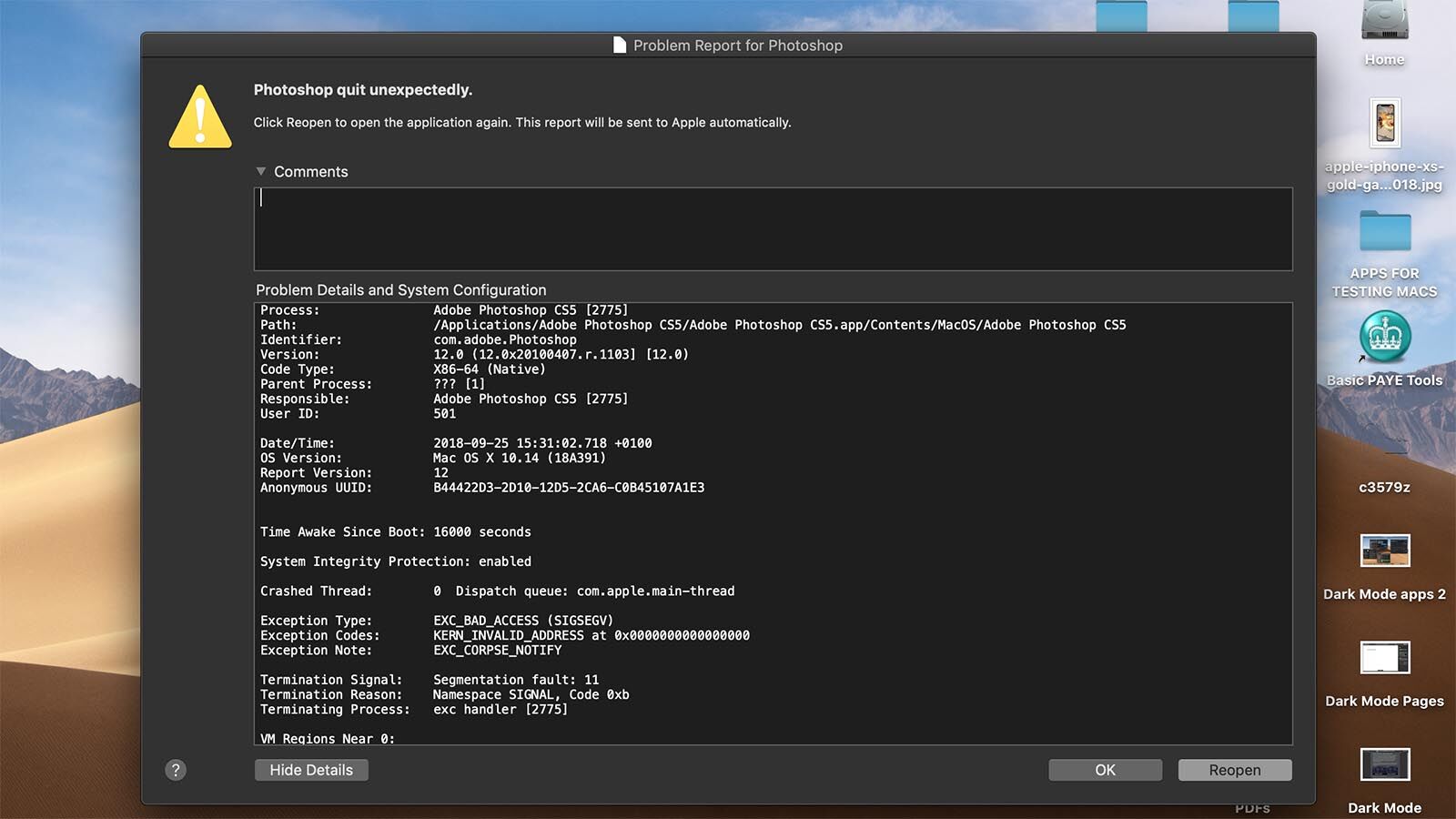 Initially we wondered if it was a 32-bit version of the program – knowing that Apple has stated that 32-bit apps will run in macOS Mojave, but not without compromises. But Photoshop CS5 is a 64-bit app so that wasn’t the reason, although it could be related to Adobe Application Support as we did see a message relating to that.

A day later we happened to be in the Security & Privacy settings in System Preferences when we stumbled upon the Accessibility tab and found that Adobe Photoshop CS5 was listed there with the slightly concerning message: “Allow the apps below to control your computer”.

Assuming that there was nothing dodgy going on, we ticked the box, and hooray, Photoshop now works in Mojave. 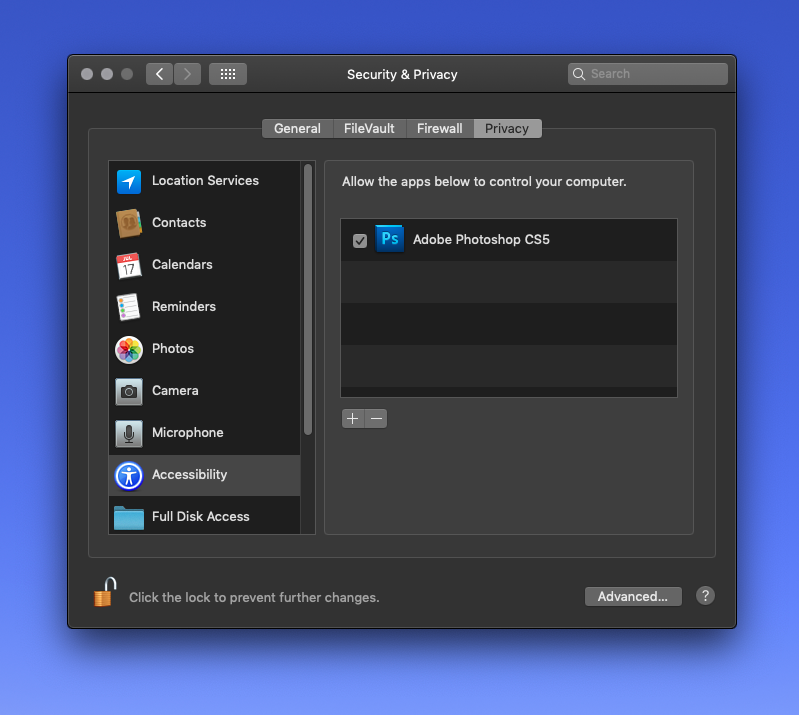 As yet we haven’t found any other apps that aren’t working for us in Mojave, but it is feasible that this method will work again.

We wonder if this problem is somehow related to the settings that prohibit Mac users from opening apps from “unidentified developers”. Under those circumstances you have the option to go to System Preferences > Security & Privacy > General and the name of the app you have just downloaded and tried to open should appear below the Allow apps downloaded from section, as we explain here: How to open an app from an unidentified developer. Alternatively you may consider running two versions of MacOS on your Mac.

It may still be related to the 32 vs 64-bit issue, with some element of the program relying on a 32-bit tool perhaps.

For more information about Mojave read our Mojave review.

Read How to get Photoshop on a Mac