It now looks virtually certain that we’ll be getting new Macs and MacBooks at Apple’s 30 October press event, which had previously been expected to focus on the iPad Pro.

The company – as spotted by the French site Consomac – has registered four model numbers with the Eurasian Economic Commission (EEC), and in the past this has indicated the imminent announcement of new products.

The new numbers are A1993, A2115, A2116 and A1932. Consomac believes the first three all refer to desktop computers, so expect new Mac mini and/or iMac models to make an appearance; the last one is believed to refer to a new MacBook or MacBook Air. It’s still too early for the new Mac Pro to launch (Apple has confirmed that it won’t be here until 2019 at the earliest), but we may hear some news about its progress.

This comes as a relief to the neglected Mac user base, which has so far seen only one section of lineup updated in 2018. New MacBook Pro models were announced in July.

The invitations to the 30 Oct event feature individualised artistic logos, and have the tagline ‘There’s more in the making’, both of which suggest there will be a creative focus. For this reason we still think the iPad Pro (accompanied, we think, by a new Apple Pencil) will take centre stage – and it remains possible, particularly if the updates are minor ones, that the new Macs and MacBooks will be dropped quietly via a press release a day or a week afterwards. 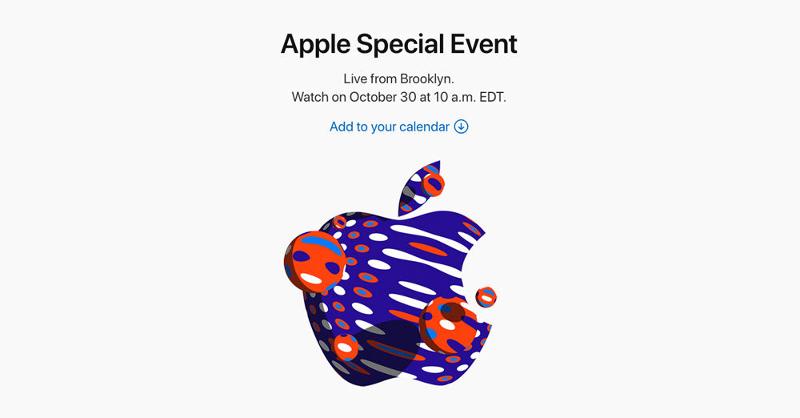 Here’s how to watch Apple’s 30 Oct launch event and see for yourself what’s in the pipeline.