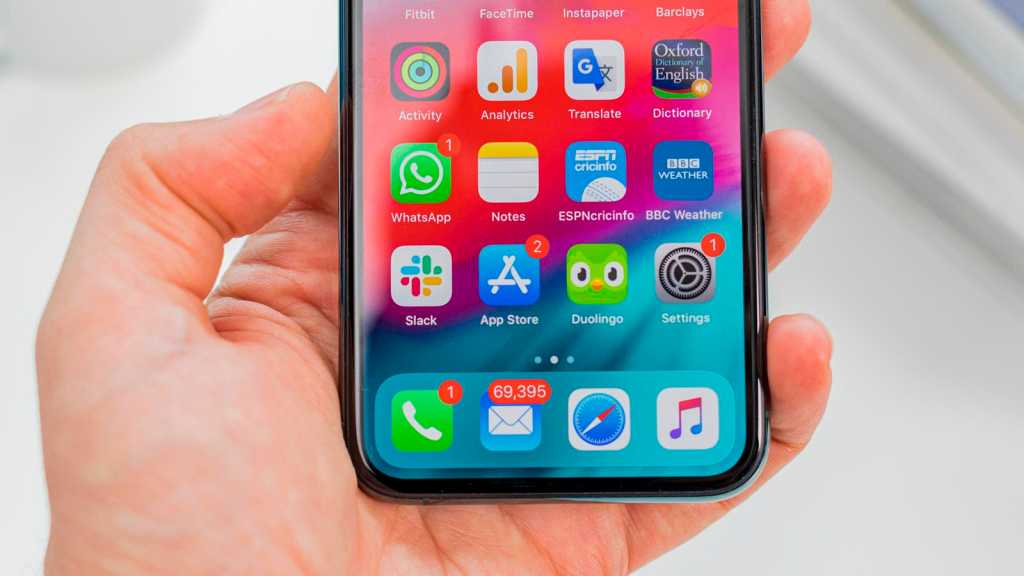 From time to time, the developers of even the most beloved and seemingly perfect iOS app will decide that it’s time for a change, and they will release an update.

Updates happen for a variety of reasons, some good and some frivolous: they may simply tweak the graphics or change the icon, or they may fix a critical bug, add a new feature, or make the app compatible with a newer version of iOS. Occasionally an update will make an app worse, but this is rare, and as a general rule it’s a good idea to install available updates for the apps on your iPhone and iPad.

Updating your iOS apps is an easy thing to do, requiring only a few taps. It’s also free. In this article we’ll show you how.

Checking if you need any updates

The simplest way to check if any of your apps have updates available is to check the App Store icon on your device. This looks like a blue tile bearing a white capital A made out of three lines. Obviously, it also has App Store written underneath.

If the icon has a red circle with a number inside displayed in the upper-right corner, this means updates are ready to be installed. The number inside the circle denotes how many are available.

Tap the App Store icon to open the store itself. If you’re running an older version of iOS you may be lucky enough to see an Updates icon at the bottom of the screen, and you can simply tap this. Since the launch of iOS 13, however, this has been replaced by a dedicated section for Apple Arcade.

Instead, we need to tap the account icon at the top right of the screen (this will be available no matter which of the five sections you’re in). It’s likely to be a picture of your face or your initials, and the red number will be shown here too.

The Account screen has a section headed Available Updates. You can choose to Update All or, if you’re wary of bad or unnecessary updates, go through them one by one and read the details before hitting Update. Tap More for extra information. 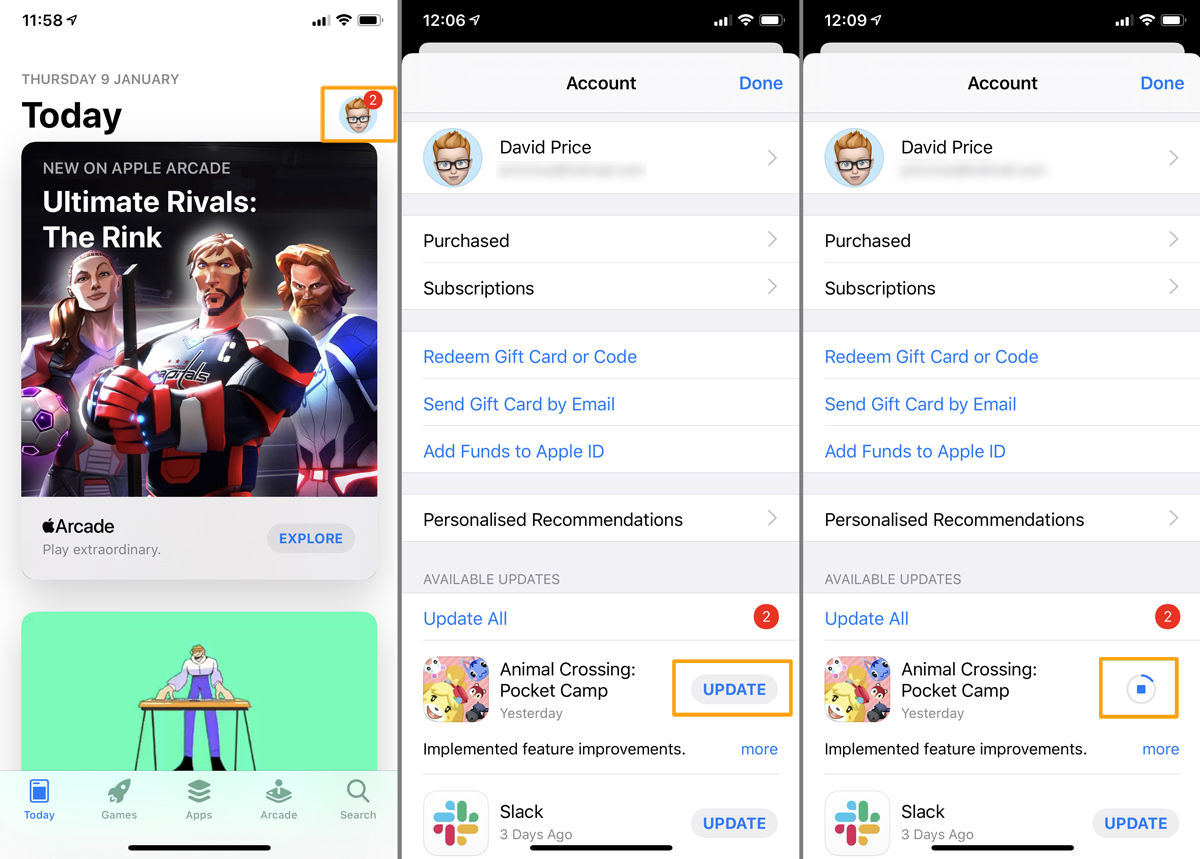 Before you start down either route, make sure you have a Wi-Fi connection. Updates can be quite large and therefore hazardous to your data plan.

Depending on the size of the update, the process might take seconds or a few minutes. You can track the progress by either watching the circle that replaces the Update button as it fills up with a deep blue colour, or by returning to the Home screen where you’ll see that the app icon is now greyed out and also displays a slowly filling circle.

Should you, for any reason, want to stop an update from downloading, just tap the square in the centre of the circle that replaces the Update button, or back on the Home screen you can tap on the app’s icon itself which will then pause the download.

If the update seems to have frozen, then you can either try rebooting your iPhone or iPad to see if that clears the problem or tapping and holding the app’s icon until it begins to wobble. Tap the little X that appears in the upper-left corner to uninstall it, then return to the App Store and reinstall the app. That should clear the problem.

We mentioned earlier that some updates aren’t essential, and you may choose to operate a policy of checking every update before installing it. But it’s a lot easier to simply tell your iDevice to install them all, as and when they become available.

Is this a good idea? Only you can decide. But the vast majority of app updates fall into three camps: important fixes that absolutely should be installed; free extra content that adds extra levels/options without affecting what you already had; and seemingly pointless updates that you don’t even notice. And in all three cases you would not be adversely affected by turning on auto updates.

There will be the occasional evil update that wrecks a good app, but these are genuinely rare. The author of this article turned on auto updates several years ago and hasn’t regretted it yet – but your mileage, as ever, may vary.

If you decide that this option is for you, go to Settings > iTunes & App Store, and make sure you’re signed into your Apple ID. The second category, Automatic Downloads, lets you toggle on or off this feature for Music, Apps, Books and App Updates; we would recommend the last one only, but it’s up to you.

That’s everything we’ve got to say about updating your apps, but for ideas on the what we think are the best currently offerings found on the App Store, read our Best free iPhone apps and Best free iPad apps charts.