Each generation of Apple Watch offers more powerful hardware and tweaks to the design, but the most significant upgrades to the feature set come via watchOS software updates, which are free – you just have to install them on your device.

In this article we’ve got everything you need to know about the latest such Apple Watch software update – watchOS 6 – including the new features (from an on-device App Store and new Calculator, Apple Books and Noise apps, to new Activity Trends and watch faces), and the watch models that will be able to install the update.

If you’re interested in picking up a bargain on the hardware, have a look at our roundup of the best Apple Watch deals. And for information about the next version of the software, see watchOS 7 release date & new features.

Should I install watchOS 6?

watchOS 6 was made available on 19 September, alongside iOS 13. However, it’s not available on all Apple Watch models yet.

If your Watch can receive the update you should update it to take advantage of the new features, which we will discuss below. Although, we would exercise some caution with older Apple Watch models as it may slow down your device. We suggest holding off a few days and checking a few Apple forums in the to find out if older models are suffering slowdowns when they install watchOS 6.

Which Apple Watches will get watchOS 6?

We feared for the Series 1, but it’s made the grade. Every Apple Watch except the first first-gen Apple Watch gets the right to install watchOS 6. 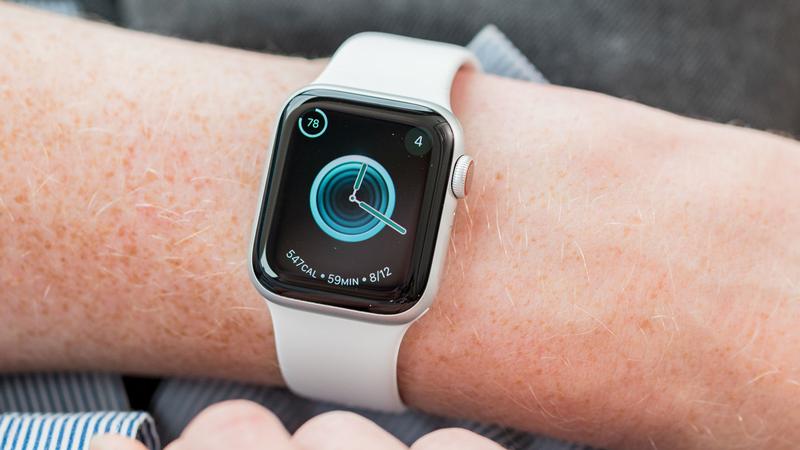 watchOS 6 is a major update with a swathe of new features. Let’s get stuck in.

The range of third-party apps available is constantly growing, but many Apple Watch users find the company’s own pre-installed apps most useful. That range just expanded with four new apps.

First we’ve now got a dedicated version of Apple’s existing Calculator app (previously a popular feature of the iPhone) on the Apple Watch, something we asked for before the event in our wish list – we figured it would be super-handy to have access to this without taking out a phone.

Apple announced that this will have a specific feature for calculating tips in restaurants, and for splitting bills. 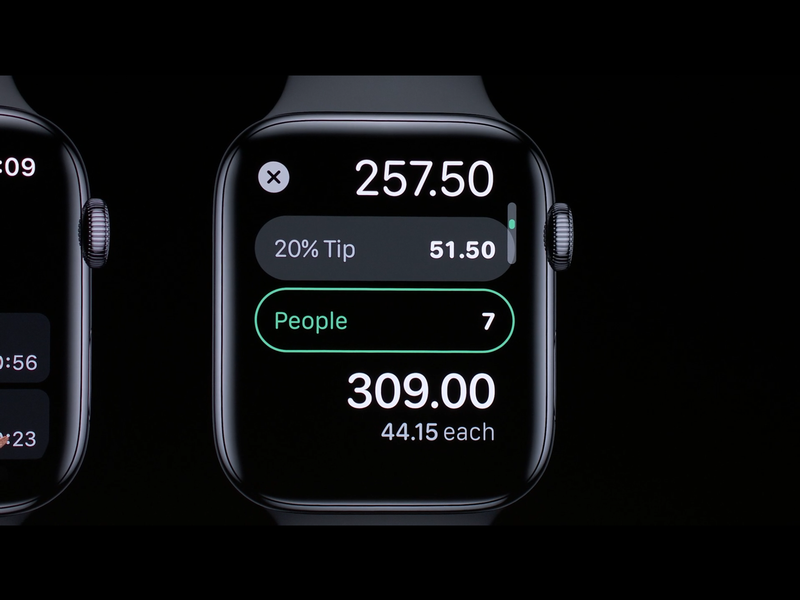 Apple Books has come to Apple Watch too, allowing you to listen to audiobooks on the go – that’ll be a godsend for the commute. It’s actually called Audiobooks.

Voice Memos has made the leap too, and kept the same name; but a new interface makes it easy to record reminders with a single tap.

But the most intriguing of the new apps is one that hasn’t previous appeared on other Apple platforms. It’s called Noise and it’s designed to protect your hearing.

“With the optimal position of Apple Watch on the wrist, the Noise app helps users understand the sound levels in environments such as concerts and sporting events that could negatively impact hearing,” says Apple. 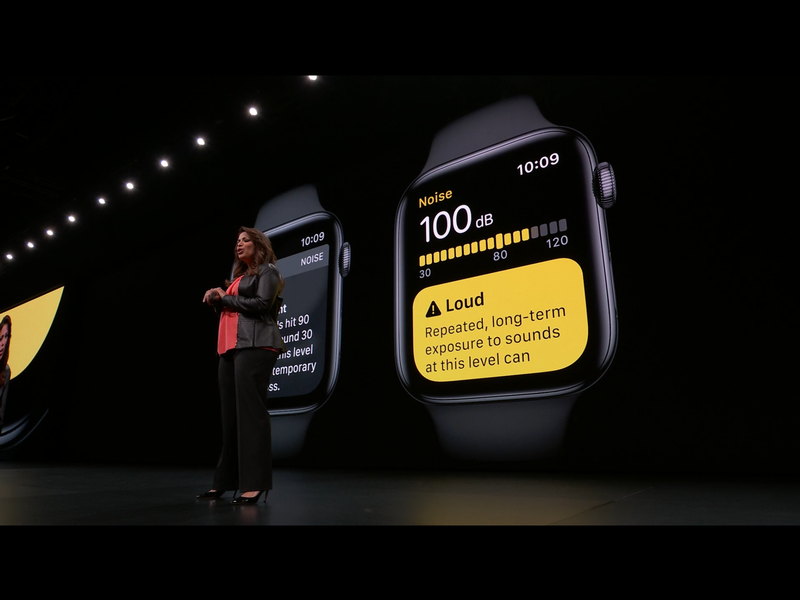 By default Noise listens out for excessive background noise even when the app is closed, although you can turn this off if battery life is a concern.

You can observe noise levels in real time, and the decibels go up and down as you watch the app in action. But if that doesn’t appeal you can just let it listen passively in the background. When it detects a noise level that could damage your hearing (which Apple and apparently the World Health Organisation defines as 90 decibels), it gives you a notification so you can get out of there, put in earplugs, or ask somebody to turn down the music.

We explain how this all works in more detail, and how to measure how loud it is for yourself, in How to use the Noise app on Apple Watch.

While not explicitly a new app, having been on the Apple Watch since its launch, WatchOS 6 looks set to bring a significant revamp to the Calendar app. Details of a new patent have been released showing the options for day, month and year views, with the option to smoothly switch between them like on iOS 13. While even the 44mm variant is too small to show a whole annual calendar, users will be able to rotate the crown to move forward and back six months at a time.

Noise, which we discuss above in the new apps section, is probably the single biggest health feature in the watchOS 6 update. But it’s not the only one.

What about Activity? This is our favourite app on the Apple Watch, and use it extensively every day. This gets a new feature called Activity Trends.

Trends collects data over time and uses it to show you whether you’re getting better, or stagnating. It compares 9 metrics for the past 90 days to the same metrics over the previous 365 days, and gives you encouragement if you’re improving or tips if you’re not.

The metrics obviously include the usual Activity rings, but add new elements such as flights climbed, your walking pace in Workout and more.

Women can track their menstrual cycles through a new Cycle Tracking feature in Health – you can access this on the Apple Watch but the company emphasised that it’s also available on the iPhone.

Users can easily enter data related to their periods and reproductive health, and in response the feature will offer predictions about future periods and notifications when you enter a fertile window. 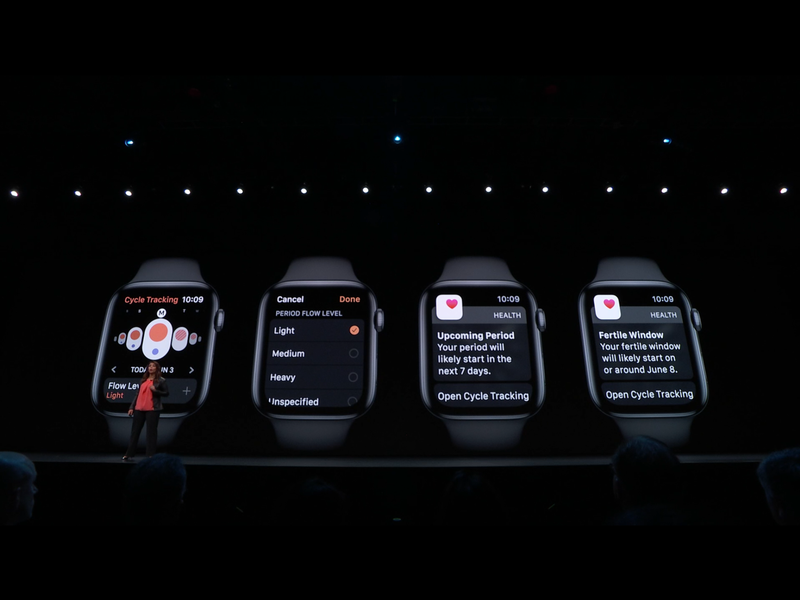 This is a traditional component of a watchOS update, and Apple has unveiled several new watch faces.

On the purely aesthetic side, there’s an attractive new Gradient face, with a simple split-colour effect and animations. 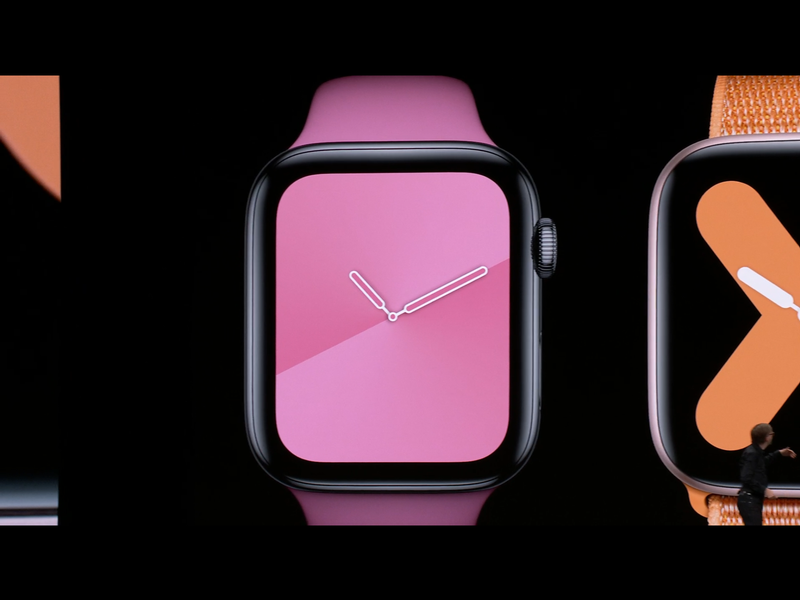 There’s a minimalist new numerals face, and the ‘California dial’, which is more old school. 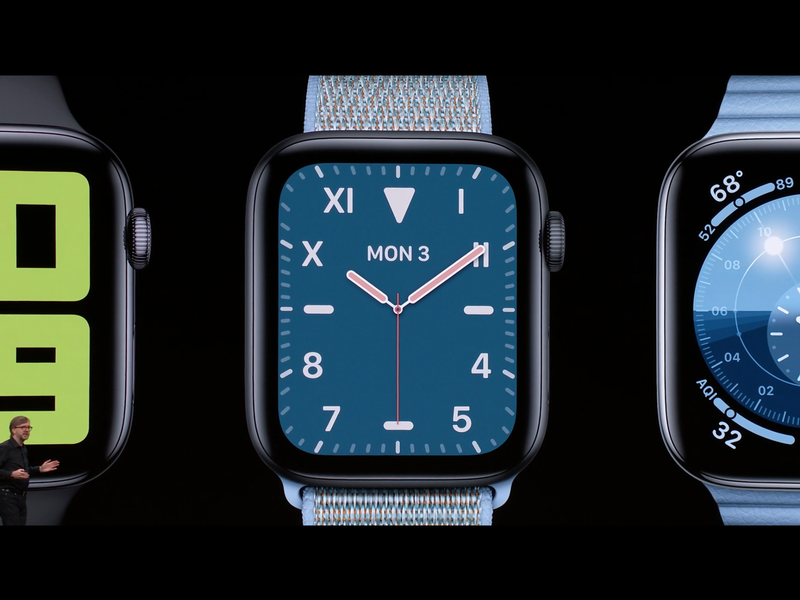 The new solar face, meanwhile, tracks the movement of the sun through the day (or you can fast-forward this manually by rotating the Digital Crown). 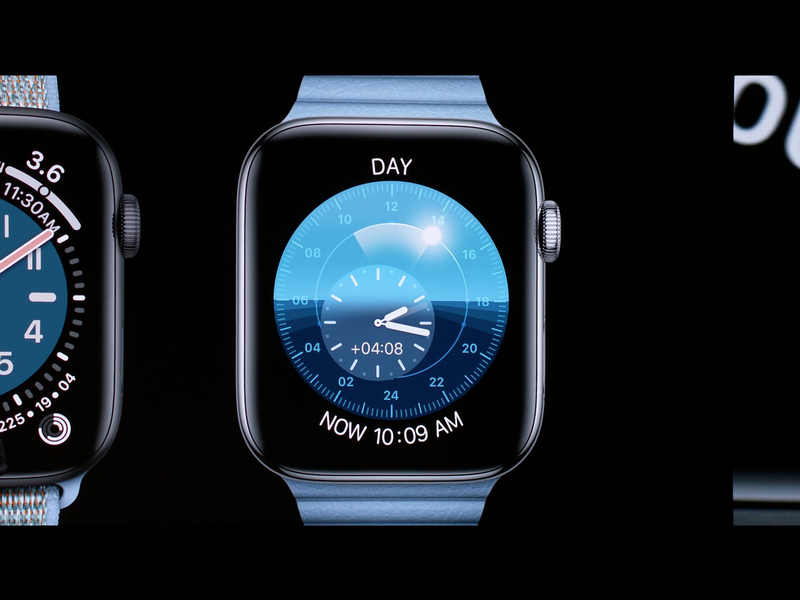 App Store on the Apple Watch

This is a biggie. In the past you’ve had to install watchOS apps through your iPhone’s interface, then tell it to mirror them across to the watch. No longer.

With the watchOS 6 update, the Apple Watch gets its own on-device App Store. You can browse curated lists of apps on here, or search for specific apps using Siri, dictation or Scribble onscreen writing. You can buy apps through the watch interface, and obviously these will be installed directly to your Apple Watch.

Related to the new App Store – it’s now possible for developers to create apps that work independently on the Apple Watch, with no iPhone app at all. This only makes sense now that you can install apps directly to the watch.

We’ve covered the highlights here but it’s only the tip of the iceberg. Apple has also included the following: 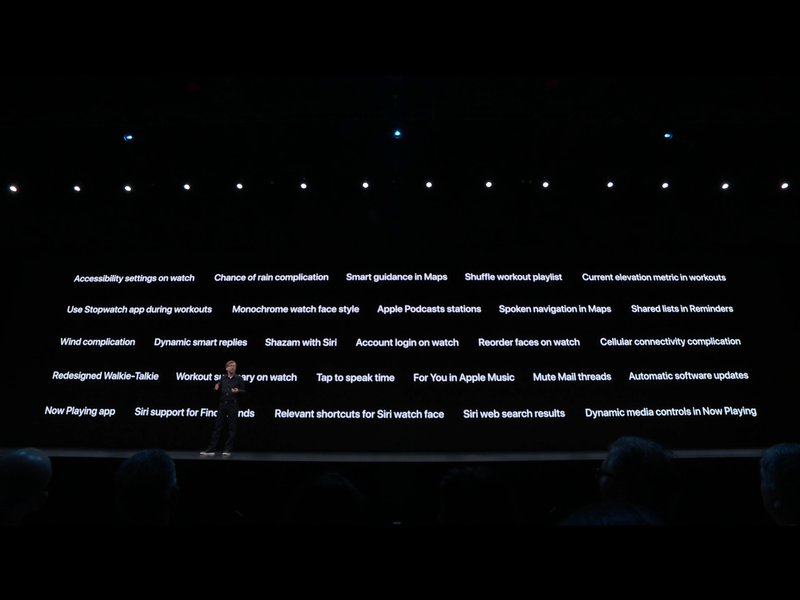