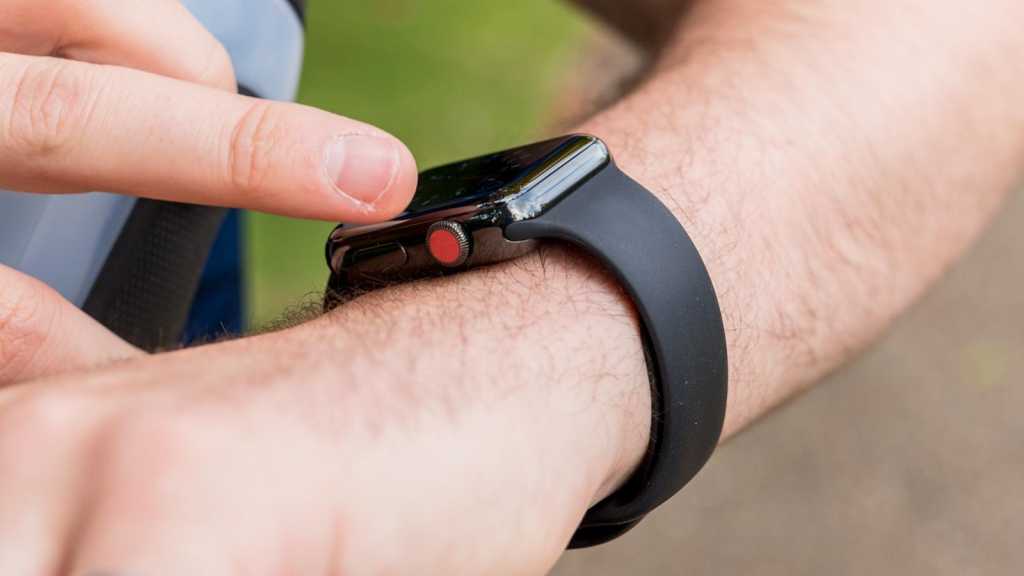 Apple Watches tend to be pretty reliable pieces of kit, but they are not immune to malfunction. One issue that we’ve experienced a couple of times is when the watch face stops responding to touch, and this can be particularly frustrating because it also prevents the obvious first fix – turning the device of and on again.

Sometimes the screen doesn’t seem to work at all; at others we find it’s receptive to some gestures – swiping up to get Control Centre, for example – but not others. But what unites these situations is that the problem is clearly limited to the screen: the hardware controls (the dial and side button) appear to be working normally.

In this article we walk you through four simple solutions to this problem, and help you get an unresponsive Apple Watch screen doing your bidding once more. For more general tips on sorting out watch problems, see How to fix an Apple Watch that’s not working.

First we’ll get the obvious stuff out of the way. Is the screen obstructed in any way, or is it dirty? Give it a gentle but thorough wipe to remove any grime that could be stopping your fingers making a good connection.

And as for those fingers themselves, check they’re clean and (at risk of being really obvious) not covered up. Most gloves, for example, will stop touchscreens working, although you can buy special gloves that don’t. It may be worth trying different fingers or even someone else’s fingers to see if the problem is at the human level.

Okay, it’s not something basic. Let’s move on.

Nine times out of ten, restarting the watch will fix this problem. But the usual restarting method won’t work because, after holding down the side button, you need to be able to swipe across the display where it says POWER OFF.

So we’ll do a force-restart instead. To do this, press and hold the side button and the Digital Crown for around 10 seconds – keep holding until you see the Apple logo.

When the watch is powered on again, see if the touchscreen is working properly.

‘Bricking’ and other more serious issues

If the screen still doesn’t work, something more fundamental is at fault. We move to slightly more time-consuming fixes.

You could try checking for a watchOS update – OS updates often include fixes for hardware problems. Here’s how to update watchOS on an Apple Watch.

The next step to try is unpairing.

Open the Watch app on the paired iPhone. From the My Watch tab, tap your watch at the top, then on the next screen tap the lower-case i on the right. Now hit Unpair Apple Watch.

Note that this will wipe the Apple Watch. It will create a backup on the phone, however, so if we manage to fix the problem you’ll be able to restore your data. (If you back up the iPhone, remember to encrypt it, or the health and fitness data won’t be included – see here for more details.)

If none of these resolve things, your watch’s problem is likely to be beyond the scope of DIY fixes. A full ‘bricking’ ordinarily wouldn’t allow the hardware buttons to keep working, but something of that order is probably happening.

You’re best off contacting Apple and/or the retailer who supplied the watch and asking their advice, particularly if it’s still in warranty. Here’s how to make an appointment at an Apple store.

If the worst comes to the worst and you need to get a replacement, here’s our Apple Watch buying guide and our roundup of the best Apple Watch deals.