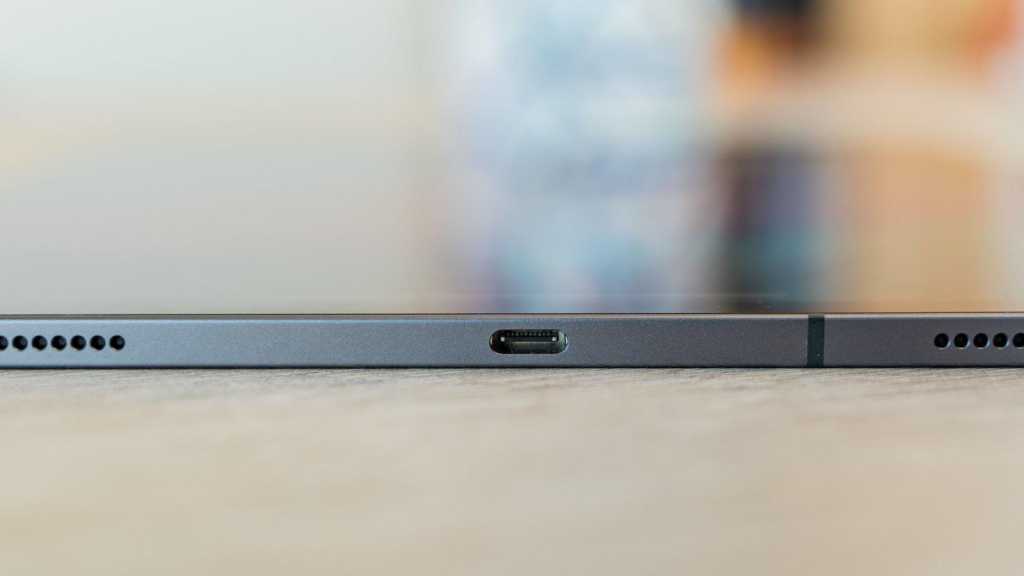 The iPad Pro models released in autumn 2018 surprised a few people by including USB-C ports instead of Lightning, marking the first time an iOS device has gone for a non-proprietary charging dock. But while this caused some irritation for owners of legacy accessories, Apple says the new port is perfect for photographers on the go, who will be able to plug a digital camera into the iPad and import images across the high-speed connection.

Here’s how to connect an iPad Pro to a camera.

The 2018 iPad Pros come with only one cable – USB-C to USB-C – and this is unlikely to help you plug into a camera. Instead, you’ll need to find, borrow or buy one or more adapters.

The adapter you need depends on the ports on your camera, but essentially you’re looking for a cable labeled as “[your camera’s port] to USB-C”. Apple sells some of the possible variations, and you can find others (and often cheaper alternatives) on Amazon and other third-party retailers.

Ideally, we’d like to do the job with a single cable, but this may not be practical. A good fallback is Apple’s USB-C to (female) USB adapter (£19/$19), which can be combined with a second USB-A cable (‘normal’ USB, in other words): it’s easy to find USB-A adapters for a huge variety of standards, including mini USB, micro USB and Lightning. Or you can go for a USB-C hub which lets you plug in almost anything.

Note that the data transfer speed promised by USB-C may not be fulfilled if the standard on the other end of the cable (or on the second cable) is something slower – such as USB-A.

A digital camera is likely to have a USB port of some kind: probably micro or mini. These are fairly easy to connect to your iPad with a single cable.

Amazon has a wide variety of USB cables available, although we recommend checking with the manufacturer (or in the product specs) that they are suitable for data transfer to the iPad Pro.

Remember you’re looking for a male-to-male cable, since a lot of the adapters that pop up in search have a male USB-C end and a female mini-USB end, and you’d need to plug a mini-USB cable into them as well. This adapter by UGREEN is the sort of thing you’d be looking for, although we haven’t tried it ourselves.

You may consider this cheating since it won’t involve literally plugging the camera into the iPad, but in many cases, this is the easiest option. If your digital camera has an SD card, you can take it out and plug that into a USB-C adapter, which is, in turn, plugged into the iPad Pro.

Apple sells a USB-C to SD Card Reader for a not-inconsiderable £39/$39, but there are lots of other options on Amazon.

(Note that this strategy is also available for Lightning-enabled iPads. For this purpose, Apple sells a Lightning to SD Card Reader for £29/$29.)

Digital cameras with proprietary ports that are unique to that manufacturer present us with a headache, and it’s likely that you’ll end up daisy-chaining two cables or adapters.

Assuming you’ve got a cable for the proprietary standard (and further assuming it probably has USB-A on the other end), Apple’s USB-C to (female) USB adapter is probably your best bet. Or, as previously mentioned, a USB-C hub is a versatile option, albeit an expensive one.

Now that we’ve got the correct kit, the rest is simple. Connect the iPad Pro and the camera (or SD card) using the correct cables and/or adapters, and make sure both devices are on.

At this point, the Photos app should open automatically, but if it doesn’t, you should open it manually and select the Import tab.

You can then select photos individually and tap Import, or select the whole lot with Import All. (Large-scale batch imports are where you’ll really see the benefit of the UBS-C connection, assuming there aren’t USB-A bottlenecks elsewhere in the setup.)

You can also choose where exactly the photos are imported to by selecting the dropdown at the top left (where it says ‘Import to:’) and selecting an album. If you don’t do anything with this dropdown, the photos will simply appear in your camera roll.