There are three Apple TVs: the Apple TV, the Apple TV app, and the Apple TV+ Streaming Service. Which ever one you are trying to find out about, we will endeavour to address your questions below. If you want to run the TV app on your Mac, we’ll tell you how; if you want to get the Apple TV+ streaming shows on your Mac look no further; and if you are looking for a way to plug your Apple TV into your Mac, we’ll discuss that too. We even discuss a way to stream the content on your iPhone, e.g. photos, to your Mac’s screen. So we have hopefully got you all covered!

Apple TV and the Mac

When we first wrote this story the Apple TV was a gadget for streaming photos and videos from your iPad, iPhone or Mac to a TV screen. It could also be used to watch streaming services on your TV via various apps you could get on the Apple TV store, including Netflix, iPlayer, and so on. Then Apple introduced the TV app on Apple TV, iPhone and iPad, and finding something to watch on those Apple products became even easier, because you could just search for a show and find out which of your various subscription services and on demand channels had it.

For a while the Mac missed out on the TV app. That was particularly ironic given that many years ago a Mac app called Front Row did basically what the TV app does now: showcased all your movies, TV shows, and music on your Mac. It was strange that Apple didn’t seem to think that people would want to watch this kind of media on the Mac’s amazing Retina display screen. Others might have considered getting a Mac mini to use as a media centre – something that was a popular use for that Mac back in the days of Front Row.

That was why people used to read this story. They wanted to find a way to either get the Apple TV app on their Mac, or to find a way to connect their Apple TV to their Mac for the same reason. But all that has changed for two reasons. First: Apple has bought the TV app to the Mac. And second: with the arrival of Apple’s new streaming service, Apple TV+ there are more people than ever trying to find out how they can watch Apple TV on a Mac.

There are still people looking for a way to hook up an iPhone or iPad to their Mac so that they can stream from the iOS device to the Mac, so we will look at that too. 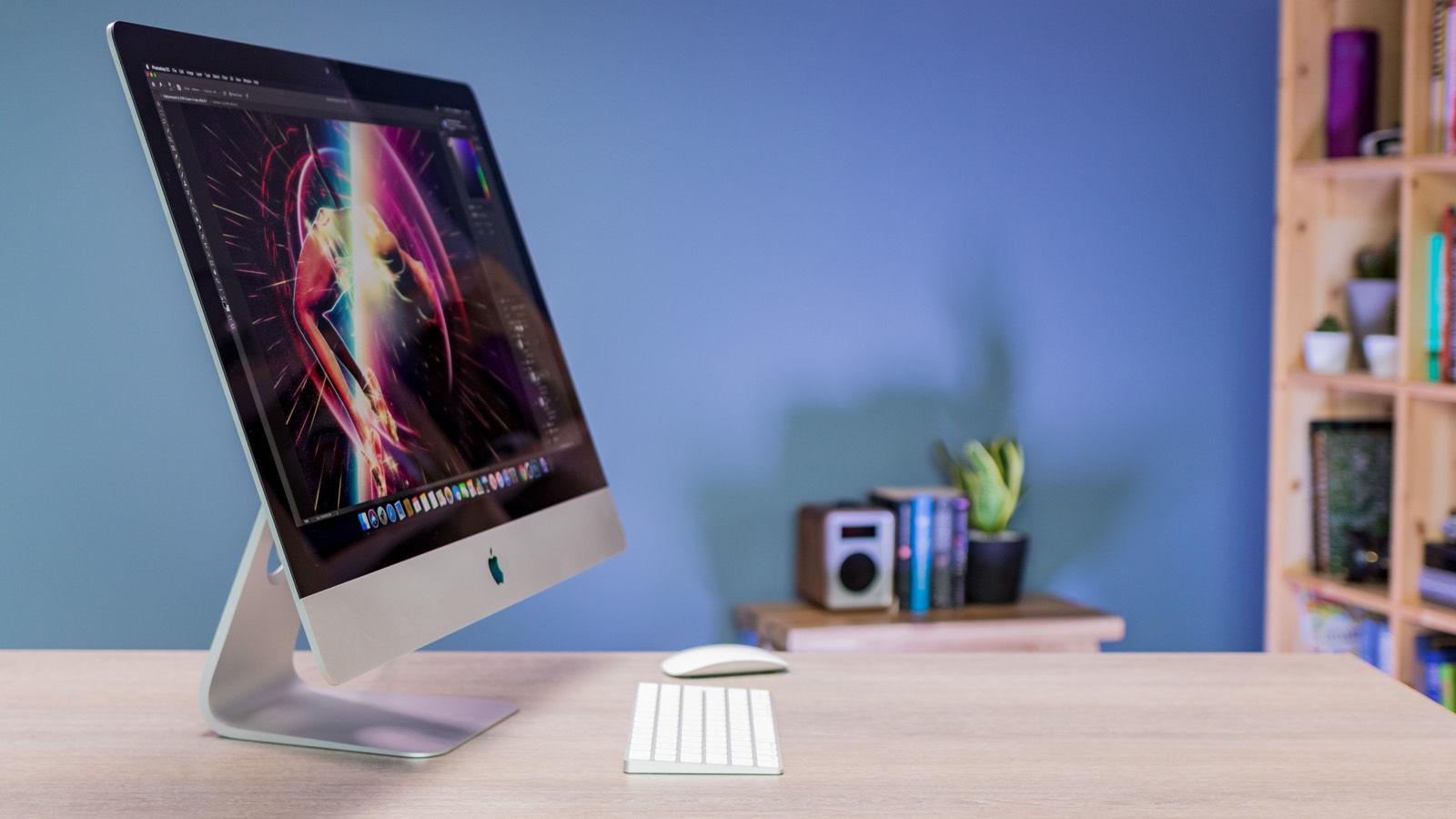 How to get the TV app, and Apple TV+ on the Mac

In October 2019 Apple finally introduced the TV app on the Mac with the arrival of macOS Catalina. If you install Catalina you will get the TV app, and with it access to the new TV+ streaming service that launched on 1 November 2019.

You can read all about the shows Apple is making for the Apple TV+ service, along with how to watch them on your Apple TV, and how to use the TV app on your iPhone or iPad here.

If you want to sign up for the Apple TV+ subscription service you will be able to do so within the TV app, including getting the first 7 days for free on a trial. Also, if you have bought a new Mac, iPhone or iPad recently you can qualify for a whole year of TV+ for free! Otherwise, it’s £4.99/$4.99 a month.

How to use the TV app on the Mac

That’s how to get the Apple TV app on your Mac, next we will look at how to use it on the Mac.

The TV app, along with the new Music app which also arrived in Catalina, replaces iTunes on your Mac. It contains all the movies and programmes have previously bought from the iTunes Store, links to shows and movies you might like that can be accessed in various different apps and streaming services (not just Apple’s) and Channels, which are third-party streaming services you can sign up for within the TV app.

We feel that the TV app is a little more limited on the Mac than it is on the iPhone, iPad and Apple TV because there are fewer Mac apps for viewing content in. For example, if you search for Peppa Pig on the iPhone TV app you will see numerous options under How to Watch including My 5, Netflix, Buy from iTunes, Prime Video. But in the TV app on the Mac the only option is to buy the seasons from Apple.

This might change if third-party streaming services make apps for the Mac. This could be a bi-product of Apple making it easier to convert iPad apps to the Mac. We’ll keep our fingers crossed.

To open the TV app on the Mac, click on TV logo in your Dock or press Command + Space and start typing TV.

There are various tabs along the top: Watch Now, Movies, TV Shows, Kids, and Library.

If you scroll down the page you’ll see Up Next, which is where you can find the shows you are watching; TV+ which showcases the Apple shows and movie; a section of videos showing you how to use the app; a promotion for movies being offered at a discount; New Movies; TV We Love; New and Noteworthy; Buzzowthy TV; Apple TV Channels; More to Explore; and so on.

The thing is that on the Mac these are all different ways to show you content available on the iTunes Store. On the Apple TV set-top-box, iPhone and iPad you’ll see other content from third parties showcased here.

In the US you might be able to also see shows here that are available on the other streaming services you are signed up for, assuming you signed up to them from within the TV app. But for no, in the UK at least, there are so few services that are signed up as Channels that the content seems very weighted in favour of Apple.

Assuming you do just want to watch something you’ve previouly bought from the iTunes Store, just click on Library you will be invited to sign into your Apple account. Having done so, you will see all your shows and movies you have previously bought on iTunes.

Get Apple TV+ on the Mac

While it’s annoying that the TV app on the Mac doesn’t include all the features of the iPhone, iPad and Apple TV versions, it does at least offer the new shows being distributed by Apple via its Apple TV+ streaming service.

Signing up to the Apple TV+ streaming service on the Mac is easy.

If you aren’t keen on subscribing read: How to get Apple TV+ for free. 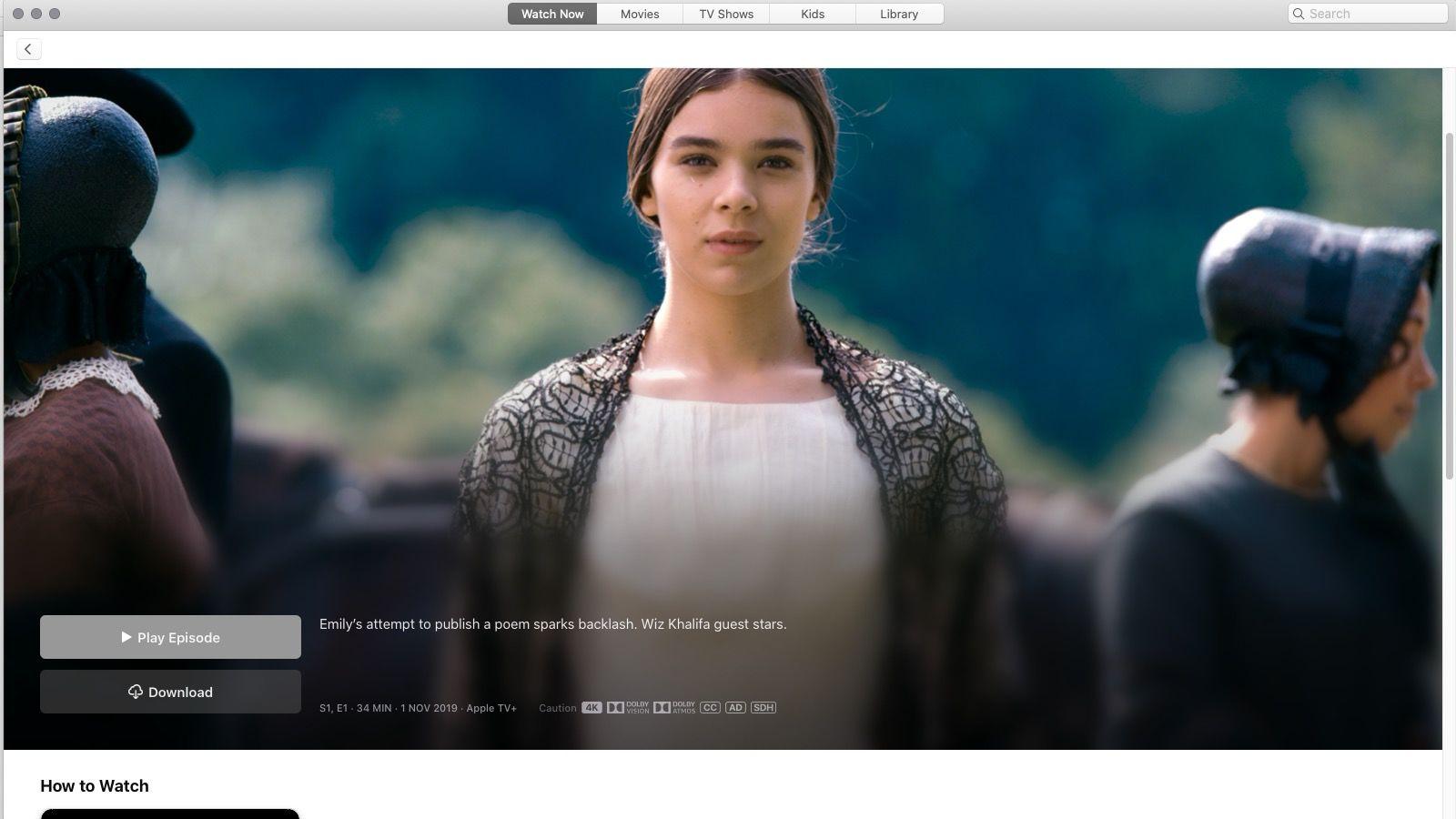 How to attach an Apple TV to a Mac

As we said above, if you happen to have a computer display that has an HDMI port you can connect that to your Apple TV and use that just as you would your TV screen, as we have below. 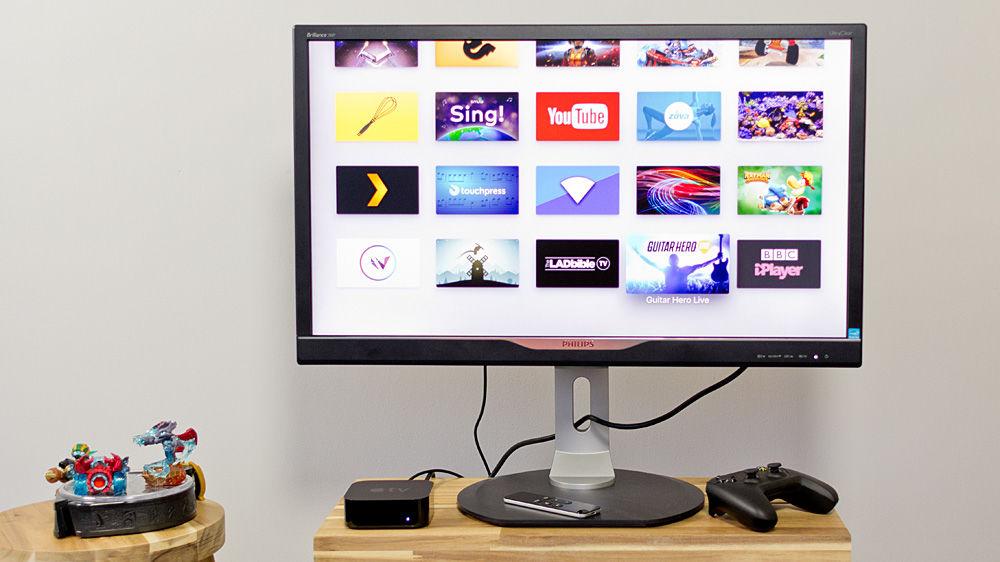