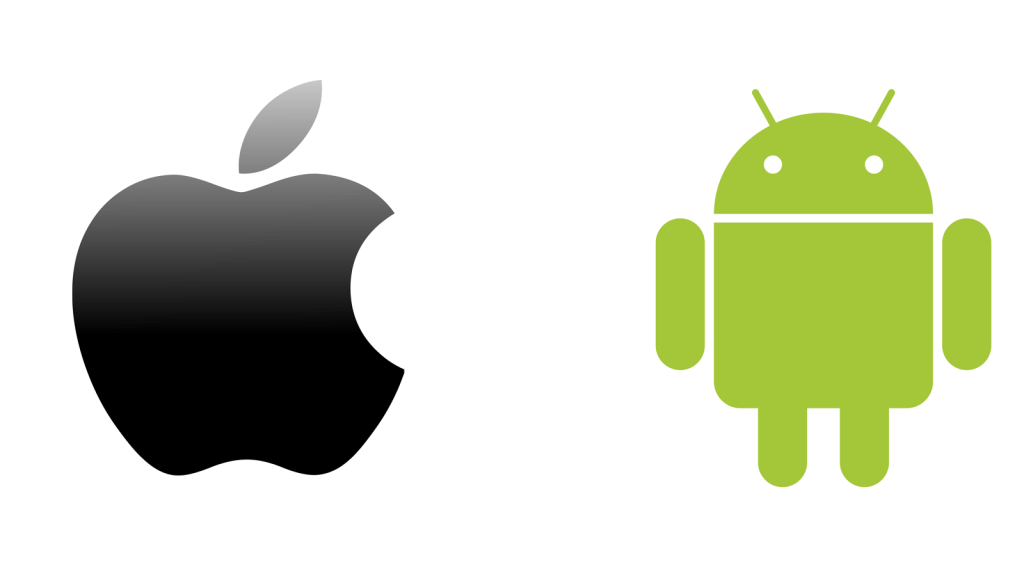 Walking through any large city centre may give the appearance that iPhones rule supreme, as a majority of people can normally be found sporting them. To be fair, with designs not changing as often as they do in the Android world, this could be a slightly distorted representation, as someone holding an iPhone 6 would look almost identical to an iPhone 8, especially if the device is in a case.

But how accurate is this anecdotal evidence when compared to the vast amount of Android smartphones that sell every year? We take a look at the facts and figures that show how iPhone and Android compare when it comes to sales and usage.

When looking at the worldwide statistics for sales, Android has a clear lead over iOS in terms of market share.

The sales are pretty consistent across the whole year, except for a slight closing of the gap in November when iPhone sales crept up to 24.44% and Android dropped to 72.35%. This is presumably due to the release of the new iPhone XS, XS Max and XR around that time.

This year also marked an interesting shift in terms of the big players in the mobile space. For the previous seven years Apple and Samsung were the two top sellers of devices, with Samsung first and Apple second, but in Q2 2018 Huawei managed to get between them to claim the number two slot.

This is even more impressive when you consider that the company is currently banned from selling its products in the US due to concerns about potential security issues involving the Chinese government.

IDC has different figures, which it published in August 2018 and included projections for the end of the year. These put the market share of Android at an even higher 86.3% when averaged across the first three quarters of 2018, with iOS reduced to an average of 13.6% across the same period.

It’s a similar picture in Europe, where Statcounter reports Android at 70.91% and iOS closing the gap with sales at 27.95%. The same uptick appears for Apple in November 2018 as we saw in the global figures, but this time in a more significant manner as it brought iPhone sales up to 33.84% of the market, while reducing Android to 64.57%.

The picture changes slightly when you drill down into individual countries and brands. For example, in the United Kingdom Apple has the highest market share with 51.4% and Samsung trails at 29.66%, followed by Huawei (6.23%), Motorola (1.87%), and then the rest. 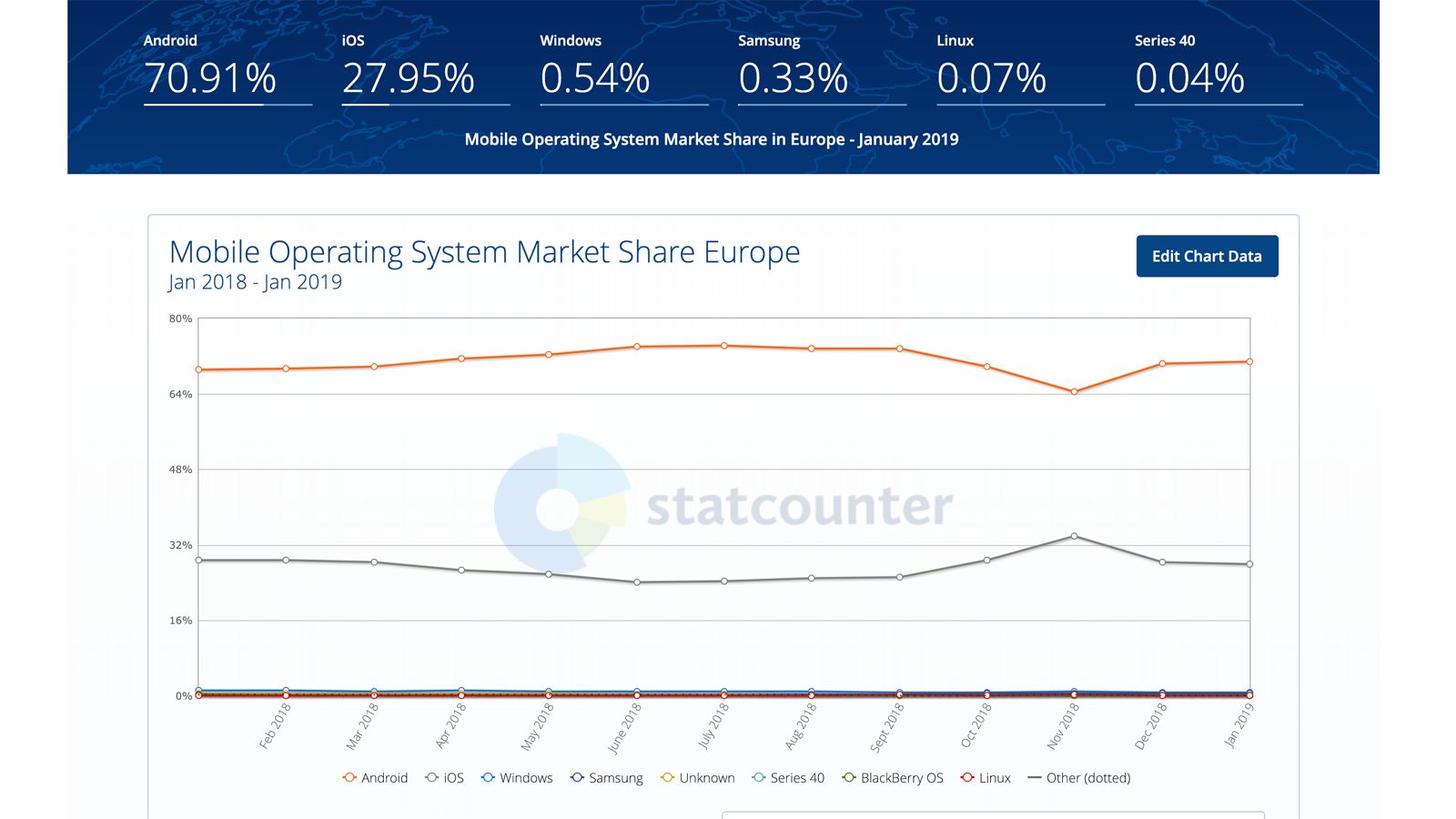 North America is traditionally a huge market for smartphones, usually only second to China in its scale. This was briefly interrupted in Q3 2018 when India surpassed it with sales of 40.4 million units which just surpassed the 40 million sold in the US and Canada.

The kind of phones purchased in that period were very different according to Statcounter, as the Indian market has Apple at around 3%, with the majority being taken up by Samsung (24.38%), Xiaomi (21.43%), Oppo (9.07%), and other Android manufacturers.

As the world’s largest smartphone market, China is incredibly important for the big companies, so it’s perhaps surprising to note that Samsung’s fortunes here have suffered hugely in the last few years.

The rise of Chinese companies like Huawei, Xiaomi, and Oppo have all but decimated sales of Samsung devices, which has also been affected by tension between China and Korea (Samsung’s home), particularly, according to the Korean Times, over “Seoul’s deployment of a US THAAD missile system in 2017”.

How these figures are affected by the recent trade tariff war between China and the US, not to mention the arrest in Canada of senior Huawei executive (and daughter of the company’s founder) Meng Wanzhou, will remain to be seen. But it wouldn’t be out of the question to see anti-American sentiment rise among the Chinese population and diminish sales of Apple products.

So, there you have it. A whistle-stop tour of the global sales figures for the two mobile platforms the world uses each day. Which is better? Well that depends entirely on where you live. North Americans and the British clearly prefer the iPhone, mainland Europe is undecided, Chinese customers like Apple devices too but buy a lot more Android products, while India’s market growth is great news for the likes of Samsung and Xiaomi.

Maybe have one of both, then you’ll have friends wherever you may roam.