WWDC is one of the biggest dates in Apple’s calendar, second only to the autumn iPhone launch in importance and hype. The Worldwide Developer Conference is Apple’s summer training and networking event for software developers, but it begins with a series of product announcements that will be watched around the world.

WWDC 2019’s opening keynote speech, which took place at 6pm (UK time) on 3 June, revealed major updates to the software running on the Mac, iPhone, iPad, Apple Watch and Apple TV, and saw the release of those software updates in beta form. There were important hardware unveilings too: we finally got a glimpse of the new Mac Pro and its accompanying premium monitor.

In this article we round up everything that was announced at WWDC 2019.

The headline act. So many people have an iPhone, iPad or iPod touch that a chart-topping iOS app can potentially be downloaded hundreds of millions of times.

Dark Mode, as heavily predicted ahead of the event, arrived too. This will apply system-wide but developers will need to build in compatibility for third-party apps.

A new ‘Sign in with Apple’ option is offered to developers. They will be able to add this sign-in option to their apps, much as it’s currently possible to sign into apps or web services using a Facebook or Twitter login.

The iOS 13 system keyboard supports swipe typing, lyrics can be displayed in real time when using the Music app, and rich fonts are supported in Mail. And there’s much more too.

The news was leaked hours before the event started, but until that moment we had no idea this was coming. iPads now have their own operating system, called iPadOS.

It’s based on iOS 13 and builds on the same feature set, including Dark Mode and the new photo editing tools. But the interface is different and there are new iPad-only features intended to improve workflow.

Split-Screen now supports multiple windows from the same app, allowing you to read one Note while editing another, for example. And Safari lets you access full desktop websites (automatically optimised for touch input) and organise file downloads via a built-in Download Manager. 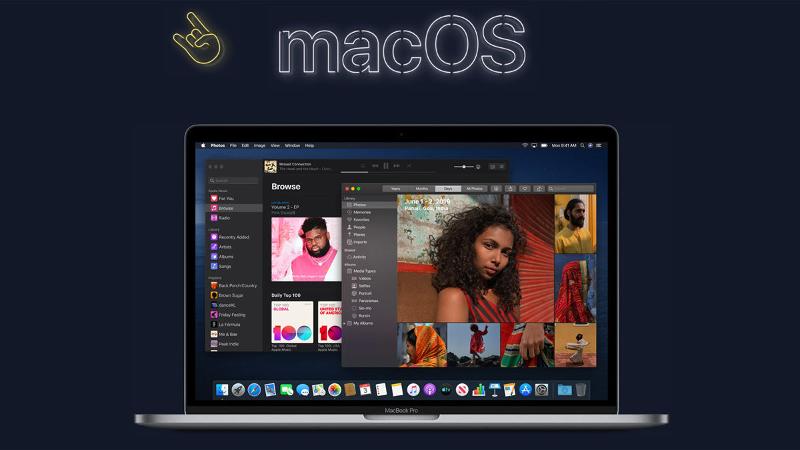 macOS runs on Macs and MacBooks, and (if you include Mac OS X, an older branding of the same line of software) is the oldest of Apple’s big four – now five, once we include iPadOS – operating system platforms.

On 3 June 2019 we found out a lot more about macOS 10.15, the follow-up to macOS Mojave – not least its codename, Catalina. But there are lots of substantial features to talk about too.

Project Catalyst is the new name for what was previously known as Project Marzipan, and is designed to make it easier to port iOS apps to the Mac. By unifying the app development it is hoped that third-party Mac apps will be updated more frequently.

All the developer needs to do is check the Mac box alongside iPhone and iPad and Xcode will build in cursor control and windows control. This means that one development team can build one app for iPhone, iPad and Mac.

Sidecar, meanwhile, is the name for a feature that lets you use an iPad as a second Mac display, or as a graphics tablet.

Perhaps the most resonant change, however, concerns iTunes, which is being broken up at last. It will now be split into a Music app, a TV app and a Podcasts app.

This writer’s favourite Apple OS, watchOS runs on the Apple Watch and made some huge leaps forward in its first five major updates. watchOS 6, we’re happy to report, is not a disappointment.

Our favourite element is the new on-watch App Store. You can browse curated lists and search for apps using Siri or Scribble typing, then install and pay for apps on your wrist – no need to pick up your iPhone at all.

In fact a potentially deeper change stipulates that developers no longer need to build a companion iPhone app at all. watchOS apps can be totally independent and operate only on that platform.

New versions of existing Apple apps arrive on the watch: Calculator (which gets dedicated modes for calculating tips and splitting bills in restaurants) and Voice Memos appear under the same branding, while Apple Books is rebranded as Audiobooks because (fairly obviously) you won’t be able to read books visually on your watch.

And there’s a totally new app too: Noise. This monitors background audio levels and warns you when it exceeds a decibel level that could cause hearing damage.

This is just the tip of the iceberg. Interested in further discussion? Read about watchOS 6’s new features.

tvOS is the operating system that runs on the fourth-gen and 4K versions of the Apple TV. The tvOS 13 update was announced and demonstrated released at WWDC 2019, and a demo version was released.

The most obvious change in tvOS 13 is the new-look home screen. You get new icons for a range of Apple TV apps, plus a full-screen preview feature that plays clips from various TV shows and movies, depending on the app you select.

Apple TV gamers will be pleased about the next update: tvOS 13 supports the DualShock 4 and Xbox One controllers. Previously you had to use an MFi-certified controller.

As on iOS 13, tvOS 13 supports real-time lyric display in the Music app.

WWDC isn’t just about operating systems. We’ve seen some major hardware launches at WWDC events in the past, and Apple added one more on 3 June 2019: the new Mac Pro. (This was announced back in April 2017 but this was the first time we actually got to see it, as well as hearing price details and specs.)

Featuring workstation-class Xeon processors up to 28 cores, up to 1.5TB of high-performance RAM, eight PCIe expansion slots and the world’s most powerful graphics card, the 2019 Pro looks like the powerhouse professional creatives have been crying out for. But it’s got a price to match, starting at $5,999 for the base configuration.

In recent years it feels like Macs have been getting less and less user-upgradable, but the Mac Pro is a refreshing exception to that. The modular design lets you easily slot in new components, and Tim Cook says it’s “the most configurable and most expandable Mac ever made”.

Oh, and it looks like an aluminium cheese grater. 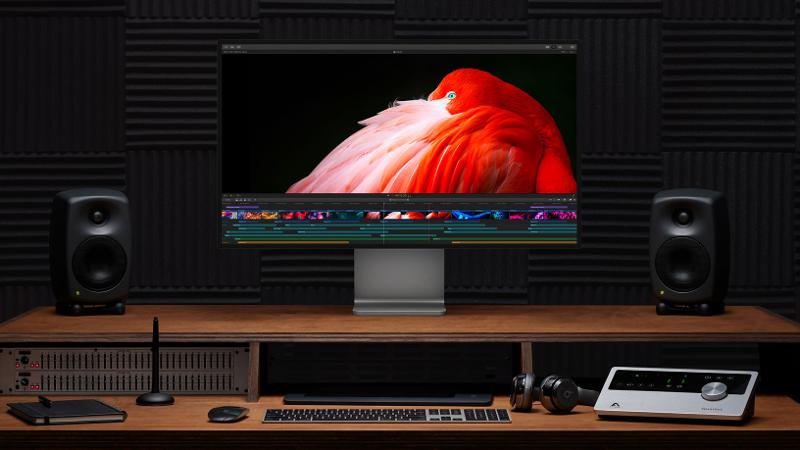 Alongside the new Mac Pro, Apple unveiled a new display with a similarly eye-watering price tag. It costs $4,999 for the standard model, or $5,999 if you want a version with anti-reflective nano-texture glass.