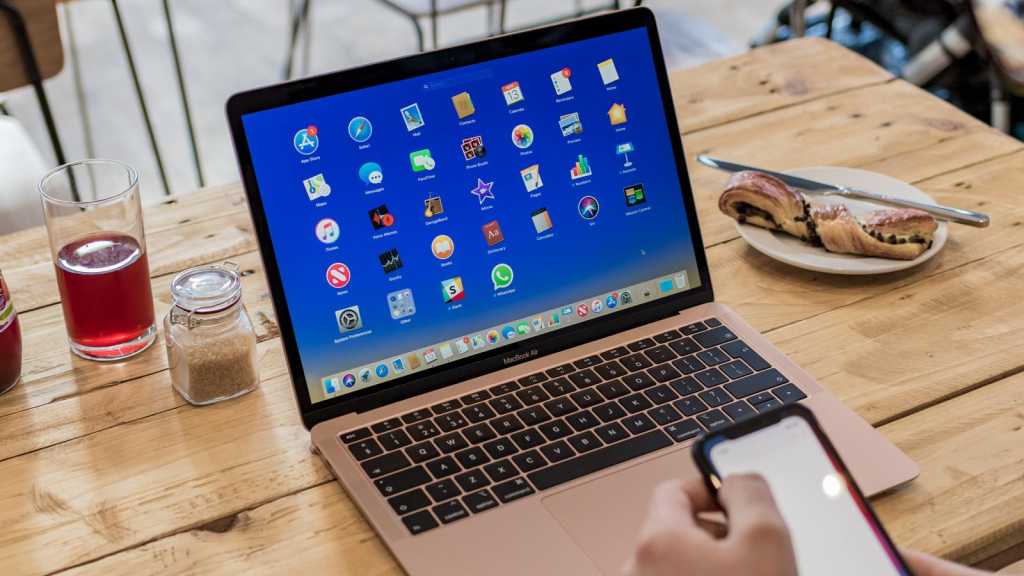 AirDrop is a handy way of transferring files and photos from Mac to iPhone, iPhone to Mac, iPhone to iPad, and so on. But it doesn’t always work. In this article we’ll look at some reasons why you might be having problems with AirDrop, explain some of the best fixes for AirDrop problems, and make suggestions of ways to get files from one device to the other if AirDrop doesn’t work for you.

One of the problems with AirDrop is it relies on Bluetooth and WiFi – so that’s often the place to start if AirDrop isn’t working on your iPhone or Mac.

So before you start following our troubleshooting advice below, we suggest you do the following:

Now turning to your Mac, or the Mac you are trying to share to/from.

If having done the above AirDrop still fails to work for you, then read on. 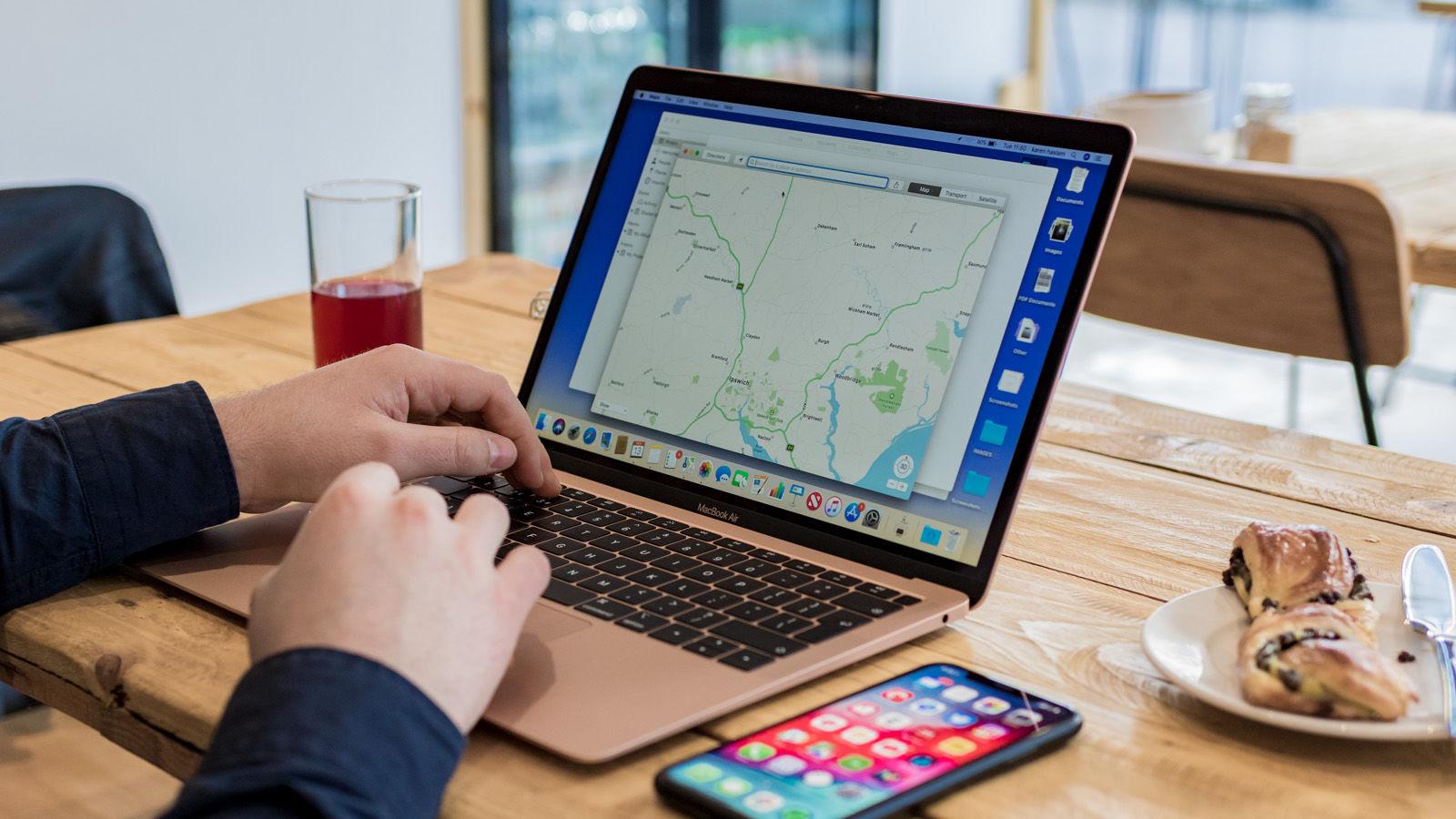 What to do if AirDrop won’t work on iPhone

If you are having trouble with an iPhone or iPad not showing up for AirDrop, not receiving files via AirDrop, or another issue read on for advice about what to do.

1. Check AirDrop is on: iPhone

Since iOS 11 AirDrop is switched on by default on iPhones and iPads (as long as WiFi is on), however, if you think AirDrop is not turned on, there are a couple of ways to turn on AirDrop on an iOS device. 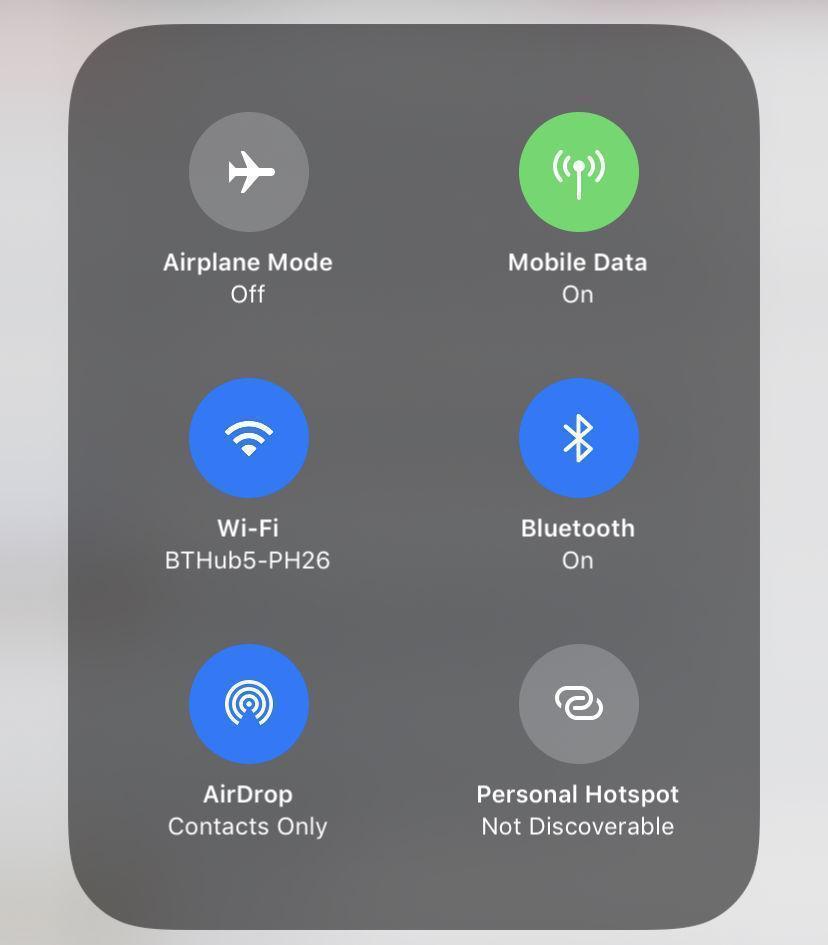 If AirDrop still isn’t working, restart your iPhone. How you do so will depend on the model you own. We cover how to turn off your iPhone here, but it’s likely to either be a case of pressing and holding the on/off switch, or in the case of the iPhones and iPads that lack a home button, you need to first press the volume controls and then press and hold the on/off switch.

It’s possible that you are experiencing a bug with the software that Apple has fixed. For that reason it’s worth checking that your software is up to date.

What to do if AirDrop won’t work on Mac

There are a few things you can do if AirDrop isn’t working on your Mac, or if your Mac isn’t showing up for AirDrop.

1. Check AirDrop is on: Mac

If you Mac isn’t showing up for AirDrop you should check that AirDrop is switched on. 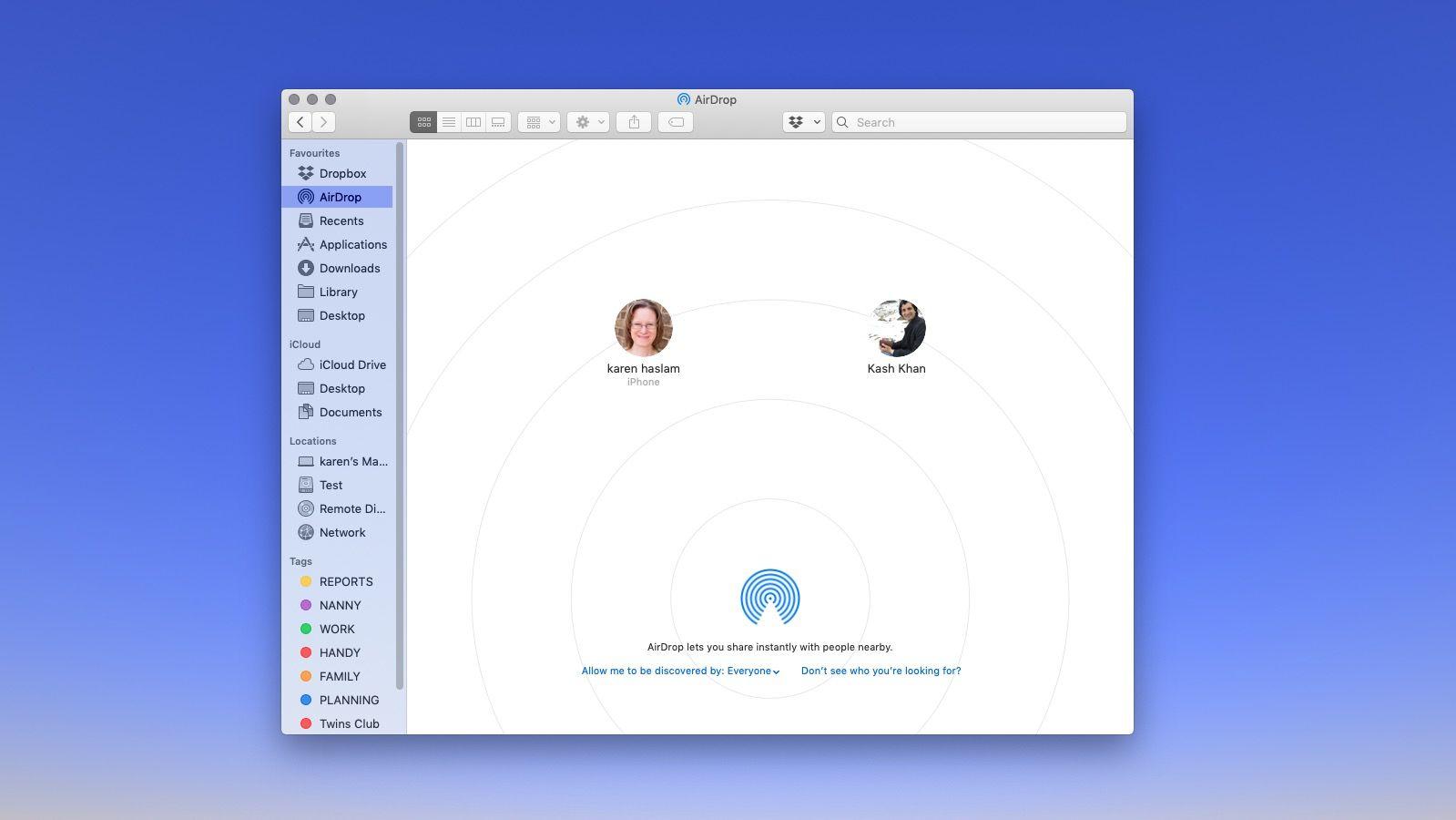 Sometimes when there is an issue with WiFi or Bluetooth restarting your Mac can fix it.

Just click on the Apple logo and choose Restart.

As with the iPhone and iPad, it’s worth checking that there isn’t a software update you have missed as sometimes bugs appear and Apple is usually quite quick to fix them.

Reasons why AirDrop won’t work on Mac, iPhone or iPad

If having gone through the above and your Mac, iPhone or iPad, or the Mac, iPhone or iPad you are trying to send something too still isn’t showing up, can’t be found, isn’t accepting or receiving the file, or the AirDrop file transfer is being cancelled if could be due to the following.

So make sure all the devices being used are awake and unlocked.

If the Mac’s internet connection is being shared to other devices (we explain how to do that here:  How to share WiFi from Mac to iPhone) your WiFi aerial won’t be available for AirDrop. You’ll need to stop sharing via System Preferences > Sharing and turn off Internet Sharing.

Similarly if you have created a Hotspot with you iPhone so that you can share the data connection from that device to a Mac or another iOS device then AirDrop won’t work as your WiFi needs to be enabled for AirDrop.

And, obviously, if you have Airplane mode switched on then the WiFi and Bluetooth aerials will not be available to enable AirDrop.

Note that AirDrop should work even if your broadband is down because it doesn’t require a connection to the internet, AirDrop just uses the WiFi aerial to connect the two devices and create a network between them.

Check for interference from other devices

It’s not just Bluetooth devices that could be causing problems, there are all sorts of devices in our homes that can mess with our network connections, from microwaves to baby monitors. So if you were trying to AirDrop something while the microwave was on that might be what was stopping it from working.

It’s possible that if you or they have a Firewall implemented on the Mac that it could be stopping AirDrop from workoing.

To disable the Firewall go to System Preferences > Security & Privacy > Firewall > Turn Off Firewall. Also check that ‘Block all incoming connections’ isn’t turned on in Firewall.

If you are still having problems, try switching to an 802.11ac network if one is available. 802.11n networks sometimes experience issues with AirDrop.

File is too big

However, if the file is very large it will take a long time to send, which could be one reason why AirDrop doesn’t appear to be working. Also, if the device accepting the file transfer is low on space then the file may not be sent.

Older Macs that just used WiFi for AirDrop transfers, so you just needed to be close enough to transfer via WiFi which has a range of around 50 meters.

However, now that AirDrop works across both Macs and iOS devices you need to be close enough for Bluetooth to be connected as well.

For that reason, Apple says the range of AirDrop is about 9-10 meters – which is the range of Bluetooth class 2 (typically used in mobile devices).

You aren’t in their Contacts

To rectify this, get them to open Contacts on their device and add you. On a iPhone or iPad go to Contacts, tap on the + and add you. And on the Mac open Contacts (you can find it quickly if you press Space + Command and start typing Contacts) and add their details. 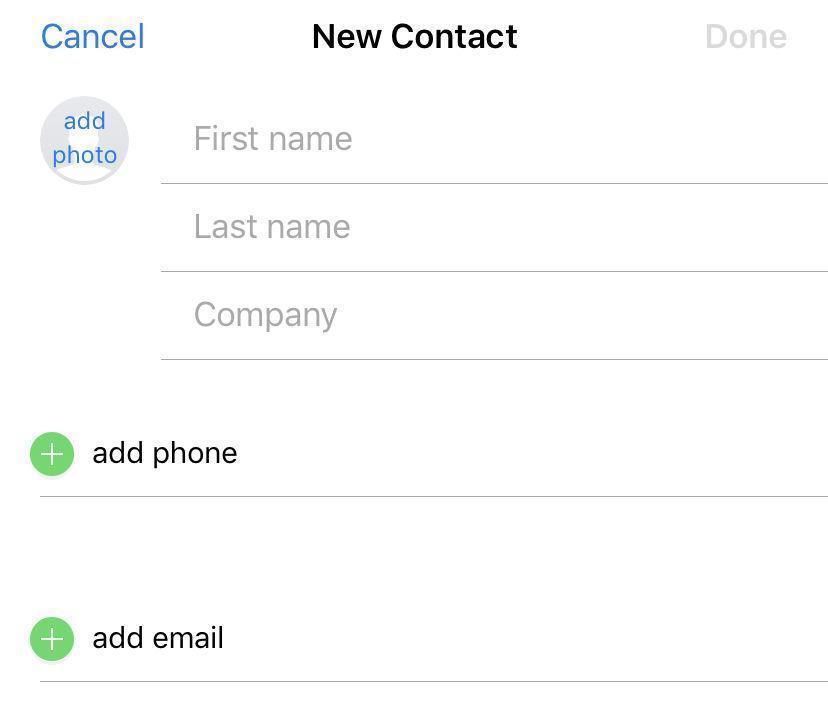 The devices will link you and your friend if a match is found in their contacts file, or vice versa.

Probably the easiest solution would be to change the connection to Everyone – although you might want to switch it back to Contacts Only later on if you don’t want someone on the train home to AirDrop you an illicit image.

You aren’t signed into iCloud

Make sure that the owners of the devices have signed in to iCloud as this is what will identify them if they are required to be in your contacts.

Even if you have Everyone as the option for AirDrop it’s still wise to make sure all the devices are signed on to iCloud.

They declined the AirDrop

It’s quite possible that when the recipient saw the message that a file was being sent via AirDrop they accidentally tapped Cancel.

It’s also possible that the file was sent but the recipient doesn’t know where to look for it.

If you are wondering where AirDrop sends files you aren’t the first person to ask that question.

If you AirDrop to a Mac the file will go to the Downloads folder, you can find this in your Dock, click on it and a Stack of the files in your Downloads folder will be revealed. If there are a lot of files there, or you aren’t sure which one was sent, scroll down to the bottom and click on Open in Finder. In the Finder it is easy to get a preview of the file (by selecting it and pressing the Spacebar), or sort by date to see what was the most recent. 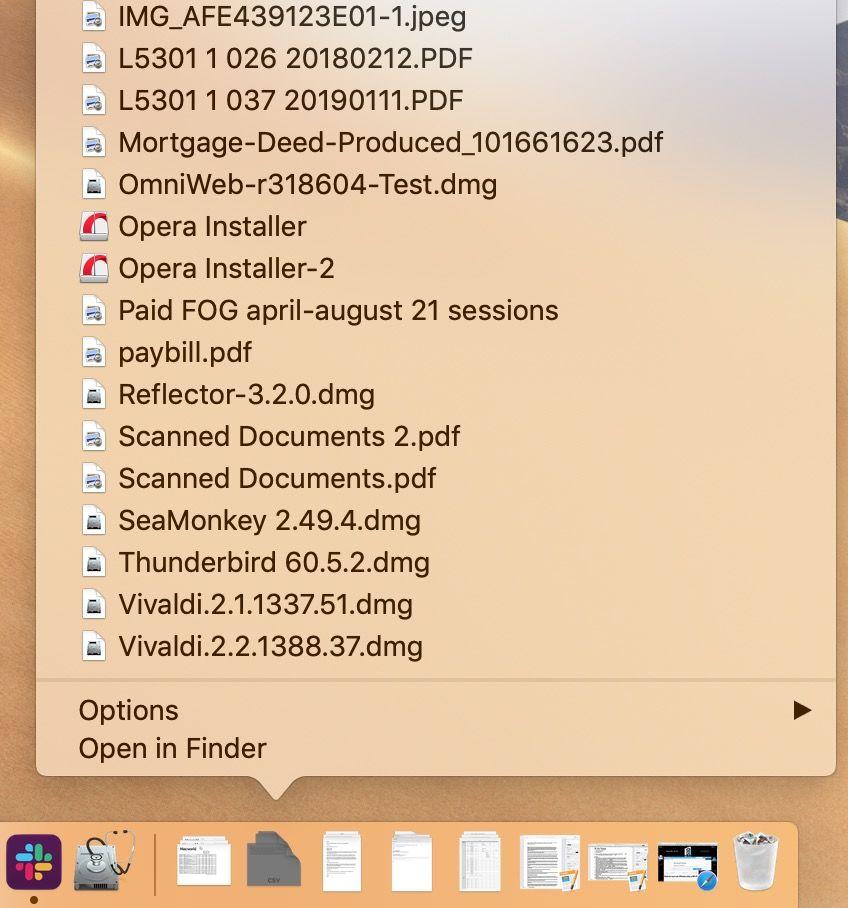 If you AirDrop to an iPhone or iPad then the file will go to the most appropriate app. So if an image is sent it will go straight to Photos. If you send a Pages document (and the recipient has Pages) if will go there. If there isn’t a matching app, the recipient will see a list of suitable apps to choose from.

There are lot of things you can share via AirDrop, from the obvious Photos and videos, to map locations, contacts, and passes (found in your Wallet app). If you tap on the Share icon and the option to share via AirDrop shows up then you can do so.

If you are trying to share music via AirDrop though you will see the option to share via AirDrop, but that doesn’t mean you can send over the track with this method. Your AirDrop recipient will receive a link to download the music from iTunes, unless they have an Apple Music subscription.

AirDrop was introduced in Mac OS X 10.7 Lion back in 2010 so it’s been around a while and it’s likely that the Mac you are using supports it, unless your Mac is very old.

However, initially AirDrop only worked from Mac to Mac and from iPhone to iPhone. It wasn’t until iOS 8 and Yosemite arrived in 2014 that it became possible to use it to transfer files between Macs and iPhones/iPads.

Most Macs since 2012 are able to AirDrop with iPhones and iPads (although not the 2012 Mac Pro). As long as you are running Mac OS X Yosemite or later on your Mac and at least iOS 8 on the iPhone or iPad, AirDrop should work.

If you are just trying to AirDrop from a Mac to another Mac, you can also use AirDrop on some older Macs, including:

Any iPhone, iPad or iPod touch running iOS 7 or later will be able to AirDrop to another iOS device.

You may also be interested in reading about How to use AirDrop and How to get AirDrop on an old Mac.