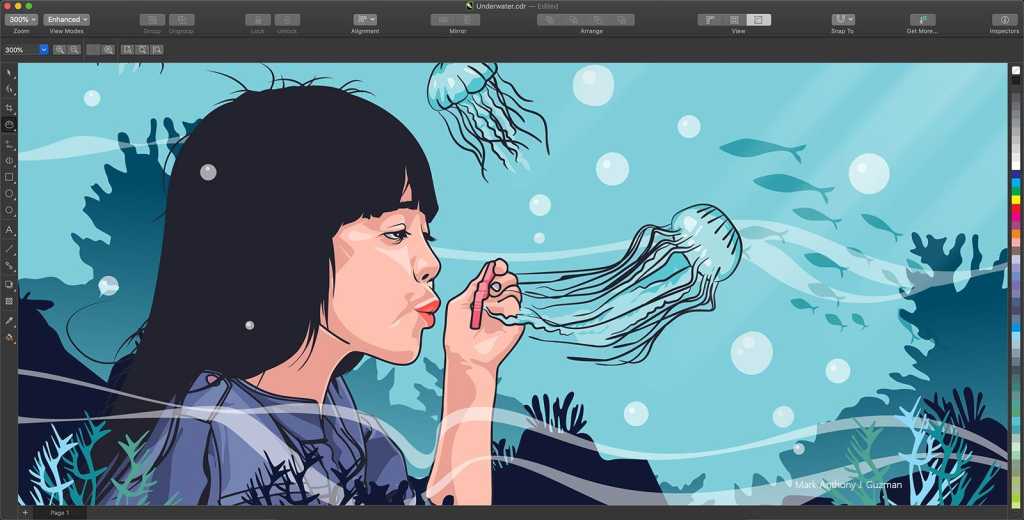 At a lavish press event in Milan tonight, Corel announced the launch of its CorelDRAW Graphics Suite 2019 – an update of the firm’s graphic design package that will be available on macOS for the first time in 19 years. Read our CorelDraw Graphics Suite 2019 for Mac review for more information.

Alongside the full launch, Corel unveiled a cut-down version of the software called CorelDRAW.app which will be available for access via any web browser and makes it easier to edit and share graphics projects when away from your main desktop or laptop computer.

CorelDRAW Graphics Suite 2019 for Mac is available to buy now (there are lots of different licence and pricing options). Here are the key take-aways from the CorelDRAW 2019 launch event. 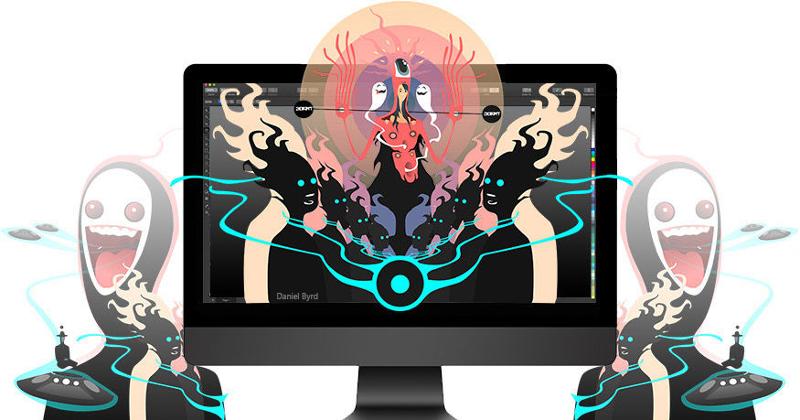 CorelDRAW returns to the Mac

CorelDRAW used to be available on macOS – or Mac OS X, as it was then. But Corel closed down this option in 2001 due to lack of demand, and went Windows-only.

What went wrong? “We didn’t do a good job of it,” a spokesperson said, noting that the old Mac version of CorelDRAW was ported from Windows rather than being designed with a Mac audience in mind.

CorelDRAW Graphics Suite 2019 for Mac, by contrast, has been built from the ground up to provide a “true native Mac experience”, not a hybrid. The company says it worked closely with Apple to follow Cupertino’s Human Interface Guidelines.

As well as the full feature set you get on Windows, you get a proper Mac interface including elements like macOS Mojave’s  dark mode and support for the MacBook Touch Bar – which by default shows options such as snapping, grids and zoom in the standard CorelDRAW view, but switches to text formatting options and so on depending on the context.

We haven’t tried out the software yet so can’t comment on how fluidly and intuitively it performs on Mac. In the demo it looked the business interface-wise but there were a couple of small hiccups that may have been down to the hardware or software optimisation (or, as the demo expert told us, problems with peripherals). Heavy-duty Macs are recommended – Corel suggests 8GB of RAM and 4 cores, which includes all current Retina iMacs and the new Mac mini as well as (obviously) the iMac Pro, although you may be able to manage with less.

CorelDRAW for the Mac supports the same .cdr file format as the Windows version, so it’s easy to share projects with colleagues on other platforms.

There are some nice new elements in the 2019 update – let’s go through the highlights one by one. ( Click here for a full comparison of features appearing in recent Windows versions of the software.)

Corel saved this for the end but we’re not going to mess around. For a lot of users the killer feature will be this cut-down but web-accessible version of the software, which Corel says can be operated via any web browser on either Windows or macOS – or even iOS, opening up the possibility of CorelDRAW on iPad Pro.

You can access files saved in the cloud, open .cdr files, apply edits (subject to the more limited feature set in this version) and resave to .cdr for ease of sharing with colleagues. It strikes us as a brilliantly convenient way to perform simpler vector editing tasks.

By selecting the option to align with the pixel grid, you can instantly sharpen up blurry images for the web. You’ll get clean borders and sharp edges.

This is a pretty cool interface tweak for illustrators working with lots of objects. Instead of text labels, graphical representations of each object appear in the Objects menu so you easily and quickly see what you’re selecting.

…and following on from that comes much smarter search and replace options. For the first time you can text-search within the Objects menu, while the advanced options let you search by colour fill, line type and more. These queries can be saved and re-used.

In the 2019 update, it’s possible to select an object and apply a succession of effects to it – and then have those effects visible in a non-destructive stack that can then be fine-tuned with ease. The object itself is not affected.

You can change the order of effects, undo or adjust the magnitude of one or more, or drag the entire stack to a different object – or even a different document – to apply them all en masse.

Corel, hoping to undercut rivals such as Adobe who tend to be more inflexible about subscription models, is offering a wide range of prices and licences.

All of the below buying options include the full suite (Corel Photo-Paint, FontManager, PowerTrace and AfterShot as well as CorelDRAW) and full access to the CorelDRAW.app web version of the software from any web browser.

For those who are concerned that a new version will come out and leave them high and dry, Corel offers a feature called Upgrade Protection. By paying a regular fee (£109.99/€119,40 per year), you guarantee that you will always have access to the latest version.

Subscription versions of the software are available from Corel’s website or from the Mac App Store.