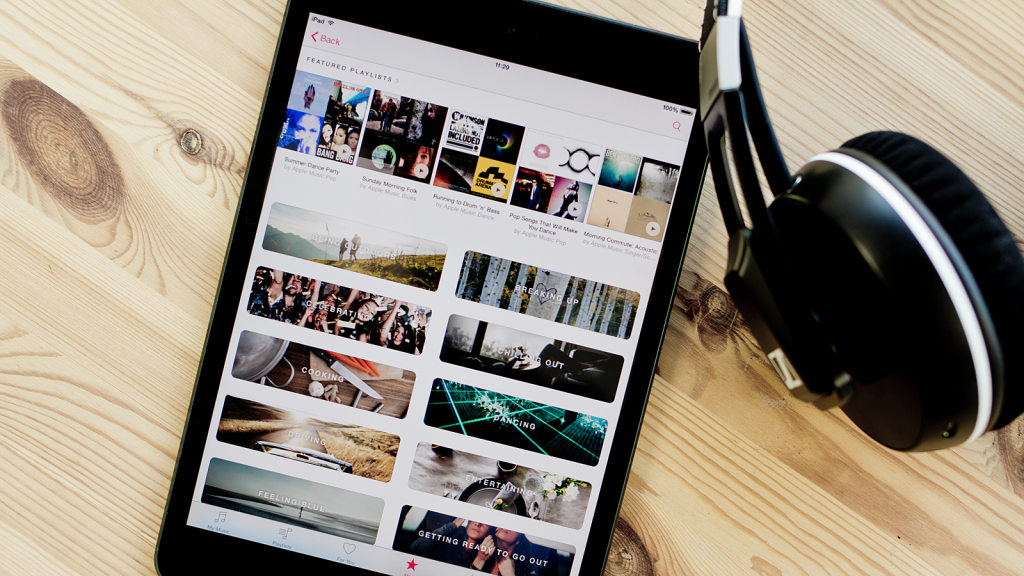 There is a plethora of excellent music streaming services around today, including Apple Music, Deezer, Google Play Music, Spotify and others, but moving your playlists between them isn’t as easy as it should be. Here’s what to do if you want your Apple Music playlists to appear on Spotify or vice versa.

There’s no direct way to move playlists from Apple Music to Spotify, so to accomplish this task you’ll need to employ a third-party app. There are a few available, not to mention some online services that import and export playlists, but one that has an excellent reputation (4.6 stars average rating from 6.3K reviews on the App Store) is SongShift.

This app not only supports Apple Music and Spotify, but also Deezer, Tidal, Pandora, YouTube, LastFM and several others. There is a Premium tier available for £3.99/$3.99 which allows you to connect multiple music services at the same time, plus various other useful features, but the free version is perfect for the aim of this tutorial.

To transfer your playlists, launch SongShift then tap the circular icon with the + inside it that you’ll find at the bottom of the screen. 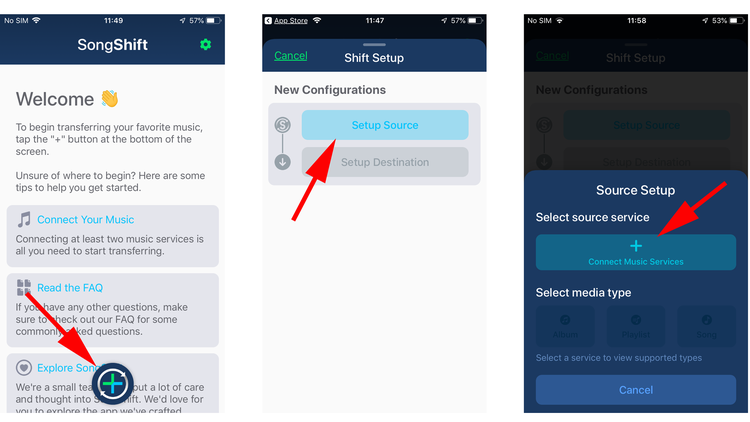 On the next screen, tap the Setup Source option. This opens another panel in which you can link your providers.

To begin this, tap the Connect Music Services button and you’ll be presented with a list of the various ones supported. Tap Apple Music, then tap the Authorize button. You’ll need a current Apple Music subscription for SongShift to access the information.

Repeat the steps, but this time select Spotify. Again you’ll need to authorise the connection by logging into your account and tapping the Agree button. 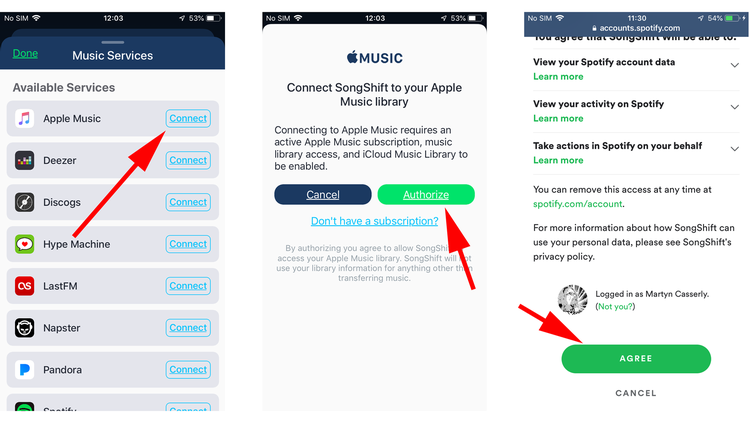 With the two services connected, tap the Done button at the top of the screen. You’ll be returned to the New Configurations screen, but this time when you tap the Setup Source button you’ll see the Apple Music and Spotify icons. 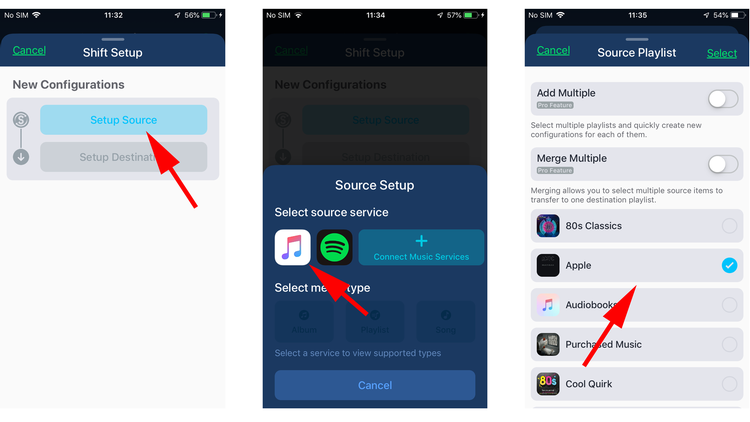 Tap Apple Music icon and a number of options will become available under the Select media type heading. Tap Playlist and then select the one you want to move.

The free tier of SongShift only allows you to move one playlist at a time, as multiple playlists require upgrading to the Premium version. That being said, you can repeat the steps in this guide several times if you don’t want to pay.

Next, you’ll be taken back to the New Configurations screen again, only this time the Setup Destination option is available. Tap this, select the Spotify icon from the next screen, then tap the New Playlist option. 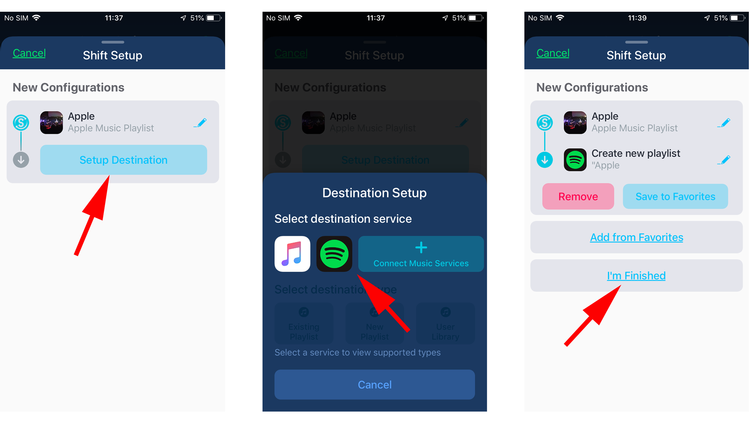 All that’s left now is to tap the Save to Favourites button and I’m Finished to complete the process. SongShift will automatically copy the songs and when it’s done, you’ll be offered the chance to confirm the match just to ensure there aren’t any wayward tunes that appeared during the transfer.

Now, when you log into the destination service, in this case Spotify, your Apple Music playlist will be waiting. Of course, SongShift can move playlists in the other direction too, meaning you can keep all of your music services in sync, no matter which one you prefer to use.

For a more detailed look at what the two heavyweights in this area have to offer, read our Apple Music vs Spotify guide.