Apple has announced the AirPods Pro, just seven months after the last (more minor) update in March 2019. In this article we reveal all the details of the new ‘AirPods 3’ models: their release date, design, specs, price and new features.

Release date: When will AirPods 3 come out?

The AirPods Pro were announced on 28 October 2019 and are available for pre-order right away. They will appear in stores on 30 October.

This appears to confirm the claim by Apple leaker Ben Geskin that the earbuds were being shown to journalists this week.

The second-gen AirPods, like the originals before them, start at £159/$159, but also offer the option of spending £199/$199 for a pair with a wireless charging case. The AirPods Pro are considerably more expensive, at £249/$249, a reflection of the major redesign and new features.

Wedbush analyst Dan Ives predicted in July 2019 that a price rise was coming, but didn’t specify further; when quizzed by The Sun, however, Ives offered: “We believe $229 is the sweet spot price point for the next AirPods version.” Turns out that was a little on the low side.

Apple has revamped the design for autumn’s update. Where the 2016 and early-2019 models had the earbuds at a right angle to the stems, the Pros sit at a more oblique angle. The stems themselves are also shorter – we look forward to testing how that effects call quality – which means the charging case is smaller. 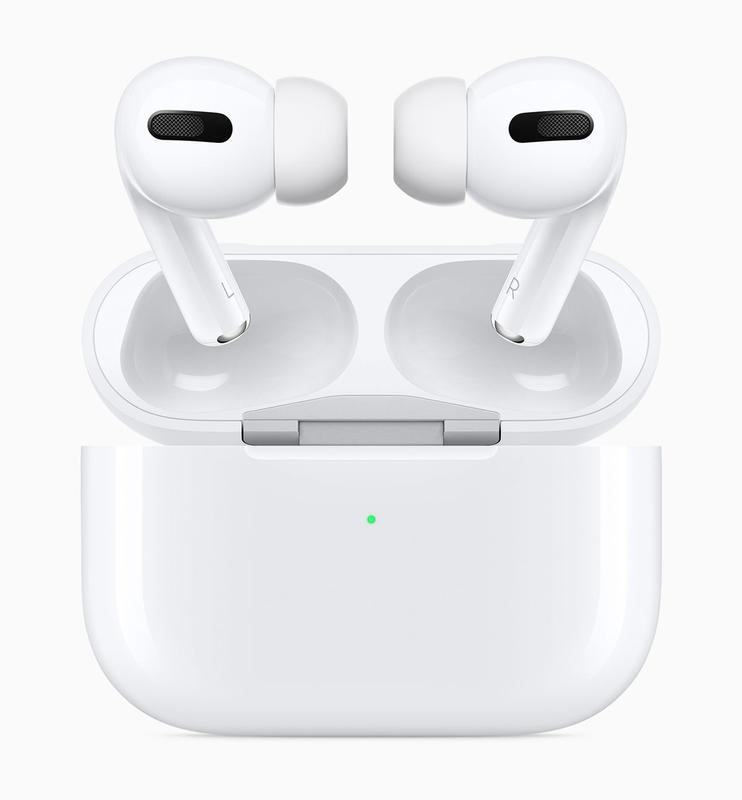 You’ll notice that the eartips have been redesigned. These used to be a solid, rigid piece, but there are now flexible tips for a more comfortable fit. We’re not sure that it looks quite as nice in this design, but it’s more important to get a snug fit and good audio quality.

(As an additional lure, Apple is talking up a feature called Ear Tip Fit Test. Rather than an appointment with an ear specialist in a store, this is done via software: you place various sizes of tip in your ear and an algorithm tells you if it’s the right size or not.)

We had heard rumours that we’d get new colour options, including a Midnight Green to match the iPhone 11 Pro. But no, it’s still just white.

You can control some feature via a ‘force sensor’ on the stem of the AirPods Pro. It’s one press for play, two for fast forward and three for rewind, plus press and hold to toggle between ANC and Transparency modes. We look forward to trying it out in our review.

You’ll still be able to use Siri as well, of course. 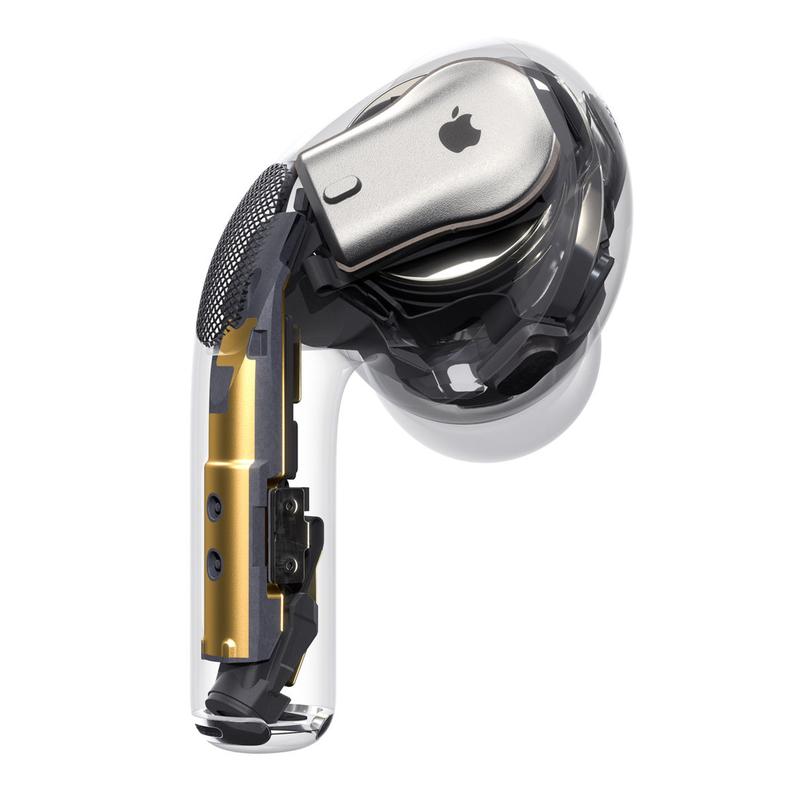 Features: What’s new with the AirPods 3?

Features are the main factor dividing minor iterative upgrades from the real blockbuster events. Has Apple got an appealing new flagship feature to dazzle us with?

As is always the case with ANC (as opposed to passive noise cancellation, which is simply based on an airtight seal around the ear), this is based on a system of microphones detecting ambient noise, which the device then cancels out by broadcasting the opposite waveform. The AirPods have two microphones, one pointing outwards and the other pointing into the ear; Apple boasts that they adapt the sound signal 200 times per second. 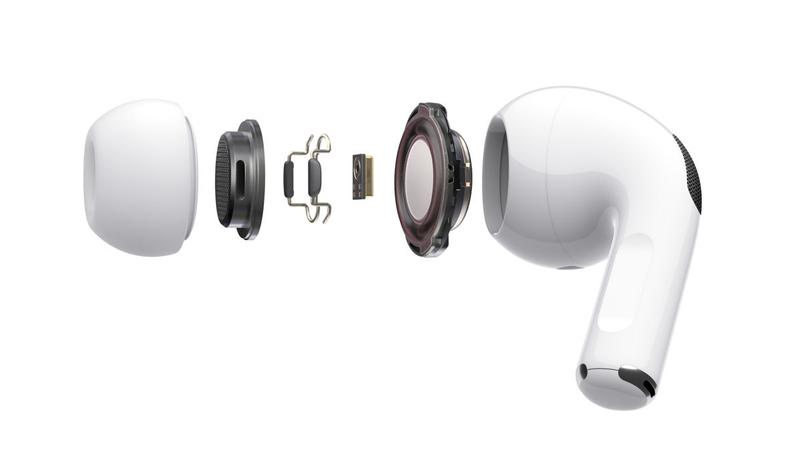 The polar opposite to ANC – you’ll be able to toggle between the two very easily. Transparency mode is designed for when you’re running close to traffic or otherwise need to keep aware of the world around you.

The idea is that a “pressure-equalising vent system” will allow some sounds through, while still allowing you to enjoy your music. Apple also says your voice will sound natural, which would make a nice change for earbud wearers.

As we explained in our article  Are AirPods waterproof?, the 2016 and early-2019 models did not make any claims to water resistance at all, although some foolhardy and/or clumsy souls reported that they occasionally carried on working after being worn in the shower.

The AirPods Pro, by contrast, are rated “sweat- and water- resistant for non-water sports and exercise and have a rating of IPX4 under IEC standard 60529”. That’s a major reassurance for those who like to wear them in the rain and worry about excessive sweating.

Time for a quick run through the key specs of the new AirPods.