First revealed at Apple’s spring press event in March 2019, Apple Arcade is a subscription service that allows you to play an exclusive selection of iPhone, iPad, Mac and Apple TV games as much as you like for a single monthly fee. Following the announcement of key Arcade details during Apple’s September 2019 event and the subsequent launch of the service with iOS 13, here is everything you need to know.

What is Apple Arcade?

Arcade is a (primarily iOS, although it also covers tvOS and macOS) games subscription service: the much-hyped ‘Netflix for games’ that pundits have been expecting for years. You pay a recurring monthly fee, which allows you to play any and all of the games covered by the service as often as you like.

This doesn’t include all the games on the App Store. Not by a long shot – there is a selection of around 100, curated and updated on a monthly basis. But the sell is quality (and discoverability), not quantity, and 100 games is more than enough to occupy the average person.

The service is aimed at premium games, high-quality titles that charge upfront rather than the free-to-play titles that rely on adverts and in-app payments (and which dominate the App Store at present, to some fans’ chagrin – although Apple made an effort not to denigrate such games as part of the announcement). Arcade doesn’t feature any adverts or additional payments.

Arcade also isn’t designed to compete with cloud-based streaming services from the likes of Microsoft and Sony, or the Google Stadia service announced earlier in 2019. These kinds of services stream games from company servers; in Apple Arcade, games are downloaded to the device and can then be played offline.

Apple says you’ll be able to start a game on one device and pick up your progress on another that’s signed into the same account, but to achieve this you’ll obviously need some way for the devices to communicate with iCloud or (at the very least) each other.

You can access Arcade from a dedicated tab on the App Store app in iOS 13, iPadOS 13, macOS Catalina and tvOS 13.

It was revealed during Apple’s September 2019 keynote that Apple Arcade was set to launch across 150 countries on 19 September 2019 alongside iOS 13. That date has been and gone, and as long as you’ve got an iPhone running iOS 13 you can access the service.

The good news is that Apple Arcade is cheaper than Apple’s News+ service, costing users only £4.99/$4.99 per month. As with News+, the standard fee will include Family Sharing, so up to six people will be able to share a subscription.

According to pre-announcement rumours, Apple will collect the monthly fees from subscribers and the revenue from these subscriptions will then be divided up between developers based on how much time users spent playing their games.

Why is Apple launching this service?

iOS is the biggest gaming platform on the planet, but it feels like this happened almost by accident, as a side effect of the iPhone’s unprecedented success. Apple has struggled to understand gaming, and to keep the App Store free of poor-quality and semi-cloned games. Many creatively ambitious games developers have walked away from iOS because it’s so hard to thrive there.

That could all be about to change, and we’re very excited to hear it. Apple is going to partially fund the development of the games on Arcade, and this protective umbrella will enable niche and risky games to get in front of a larger audience without the pressure to shift units. Somebody might not risk £5 on the weird-looking game they could end up loving, but if it’s included in Arcade they’re more likely to give it a try.

Which games are included?

More than 100 games will feature, and we’ve got a complete list of Apple Arcade games separately if that’s of interest. Below we list some of the biggest of the bunch. (If you’d like to know which are the most promising and coolest-looking of these, read our roundup of the best Apple Arcade games, and our list of all Apple Arcade games for an overview of the service’s offering as a whole.)

You should note that the list won’t be static; new games will be added “on a regular basis”. (If you’re a developer and would like to get in on the action, contact Apple now.)

It appears some games are written specifically for Arcade, and that they are both new and exclusive – Apple calls it “a collection of brand new games that will not be available on any other mobile platform or in any other subscription service”. The games won’t even be available to buy via the App Store! 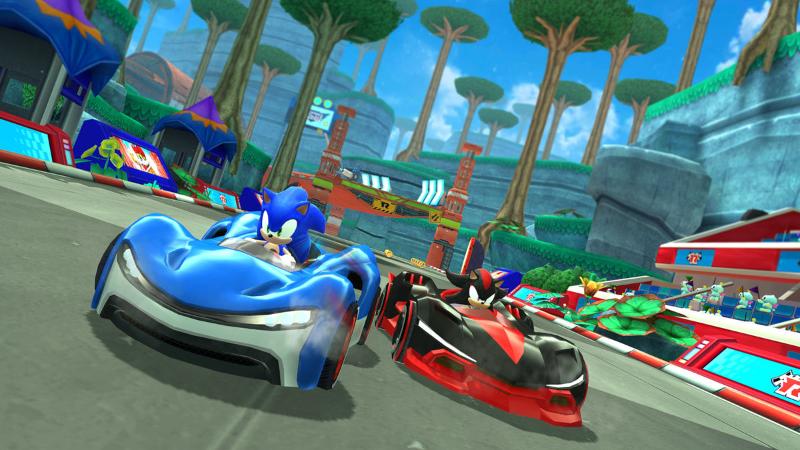 But it’s very important to note the specific way Apple is using the word exclusive there. They are not on other mobile smartphone platforms (ie Android) but they could be on all sorts of other platforms – Shantae 5, for instance, has been announced for PS4, Xbox One, Nintendo Switch and PC as well as Arcade, and most people would regard the Switch as a mobile platform.

Read our recommendations of the best iOS games here.