At the company’s ‘It’s Show Time’ press event on 25 March, Apple took the wraps off its ‘all you can eat’ magazine service, a year after agreeing to acquire Texture. This service is named News Plus (or News+), and exists as a paid tier within the existing free app News.

Can Apple do for news journalism what it did for digital music in the early 2000s, and make it profitable? We certainly hope so (although some publishers and reviewers have pointed out significant teething problems). In this article we cover all the News Plus launch details, including its pricing, the magazines and other publications offered as part of the service, and the details of its international rollout.

What is Apple News+?

News is a free app which curates articles from a range of media outlets and presents it in an attractive, ad-free format suited to your device. But paywalled publications such as The Wall Street Journal and The New York Times allow only a small amount of their content to appear in the standard News offering.

The launch of News+ brought some of these stragglers into the fold: Apple proudly mentioned at the unveiling that the WJS and LA Times had signed up.. but didn’t mention the NYT. (The NYT still isn’t part of News+, a couple of months on from the launch.)

Oddly enough, the biggest draw of News+ is likely to be in areas other than news. It includes ‘all you can eat’ access to entire publications under a fixed monthly fee, much as Texture (often shorthanded as Spotify or Netflix for magazines) continued to do following its acquisition in March 2018, and these include 300 magazines running the gamut from food and health to gardening and cars. 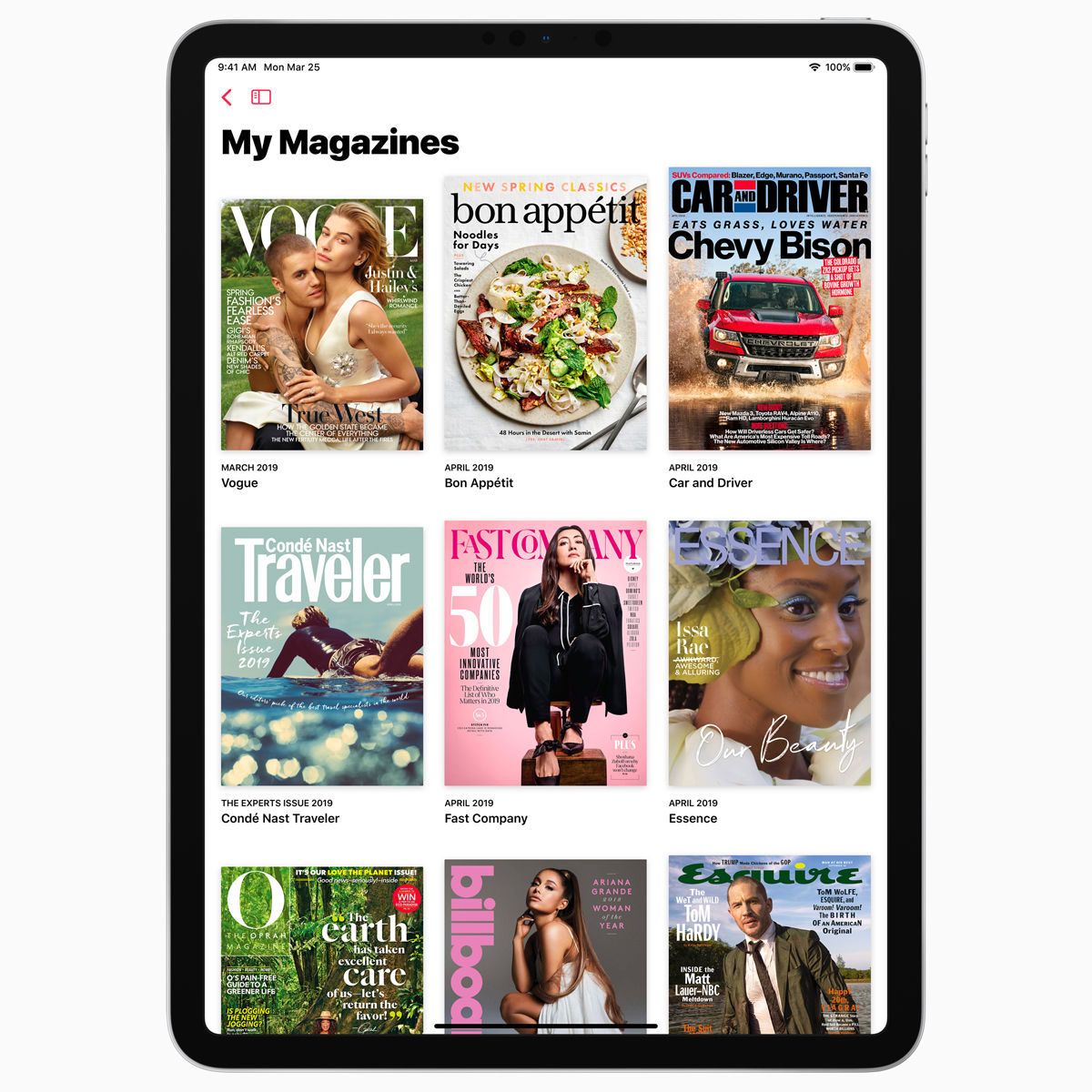 Which publications are included in News+?

Loads! Here are some highlights mentioned at launch or since added to Apple’s website:

In terms of newspapers, Apple picked out The Wall Street Journal, the Los Angeles Times and the Toronto Star.

In its press release heralding the UK launch of News+, Apple highlighted the following publications that are specific to this country: 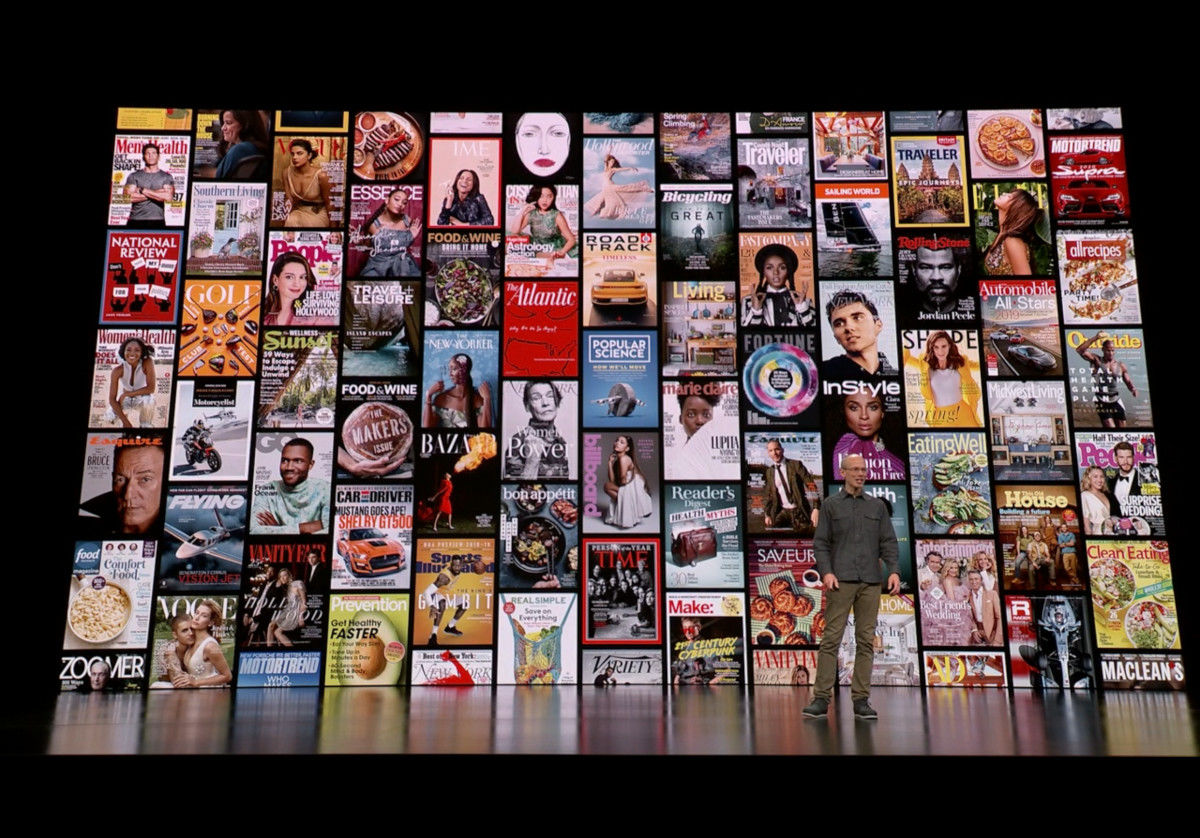 How will News+ affect the publishing industry?

If Apple is canny in the way it positions the service, it should earn the company lots of money and make it even more editorially influential. As with many Apple services pitches, News+ begins with a huge advantage because the free News app is installed on so many iDevices and Macs.

But whether it will save journalism is more doubtful. For one thing, we’ve heard all this before, when the iPad launched in 2010 and digital magazines were supposed to be the silver bullet that would rescue an ailing industry – but sales never took off.

Yes, more people will be reading paid-for articles, because Apple has enormous reach and because it’s easier to convince people to pay a single fee that covers all their media than to shell out multiple times for individual newspaper subscriptions.

But instead of a single chunk of revenue that they control, publications will now be getting crumbs from Apple’s income, and at $9.99, the company is charging less per month than many newspaper currently do for their articles alone. What’s more, once a company signs up with News+, and sees readers migrate to that service, it completely loses leverage if it wants to move or change terms in the future.

News+ is available now if you live in the UK, US, Australia or Canada. Install the latest iOS and/or macOS update, launch News, sign up with a subscription and get started.

Apple News Plus started off in north America. The UK and Australia were added at the very end of September 2019.

Apple News+ costs £9.99 a month in the UK, and $9.99 in the US. That’s the only tier. The Family Sharing feature is included in the standard price, so up to six people can share a single subscription.

There’s a month-long free trial, too, but the paid subscription will automatically start renewing once the trial ends, if you don’t choose to discontinue it. Sign up to the trial on Apple’s website.

If you sign up but then change your mind about whether the service is right for you, you’ll want to know how to cancel a News+ subscription.

Which devices can run News+?

Any iPad or iPhone running iOS 12.2 or later ( here’s a list of compatible devices), and any Mac running macOS 10.14.4 or later ( compatible Macs).

News Plus isn’t available for Android or Windows, although Texture used to be; the Windows version of the service was shut down in May 2018 and the Android version followed, along with the entire Texture service, in May 2019.

Have there been any problems with News+?

Some publishers haven’t been happy with the support they’ve received from Apple or with various other aspects of the experience for readers and publishers alike. Several of these spoke to the media site Digiday.

It’s been pointed out, for instance, that while most publishers have to use email to pitch Apple for help designing templates, a select few have been added to a private Slack channel. “They’re basically playing favourites,” said a source. “It always seems to be good for the big guys, but not for the rest of us.”

The Verge, meanwhile, gave News Plus a broadly positive review, but said the experience was currently messy. “While the service is great as an all-you-can-read buffet,” the site says, “Apple does very little to help readers manoeuvre the massive mountain of magazines they now have access to.”

It concluded that the issues were best characterised as “strange inconsistencies that, while annoying, speak more to Apple’s scattershot partnership approach that seems to be yielding different levels of attention to detail, specificity, and investment from participating magazines and newspapers”.

We’d assume that the experience will improve as publishers and Apple itself grow into the partnership (assuming both sides stick with it).