At its March 2019 Spring Event Apple confirmed plans for a credit card, which then became available in the US on 20 August. There have been reports that Apple Card will launch in the UK soon.

Integrated with Apple Pay, Apple Card is a virtual credit card that sits in the Wallet app on iPhone, offering up to 3% cash back on everything you buy with Daily Cash. Where Apple Pay is not supported there’s a physical card – titanium, laser-etched, ultra-secure, and sure to be the next must-have Apple product.

Not just another credit service, Apple promises that Apple Card will transform the way we use credit cards. Not only will it make it easier to see what you are spending and when, but it will simplify applications and claims to lower interest rates, with no annual fees and no penalties for late payments, for going over your limit or for using your card overseas.

Apple Pay is Apple’s mobile payment service, which it claims is the simplest, most secure way to pay. It estimates that there will be 10bn Apple Pay transactions in 2019, with retailer acceptance now hitting 70% in the US and 85% in the UK, and it’s even higher elsewhere. By the end of this year Apple Pay will be available in 40 countries around the world.

What is Apple Card? 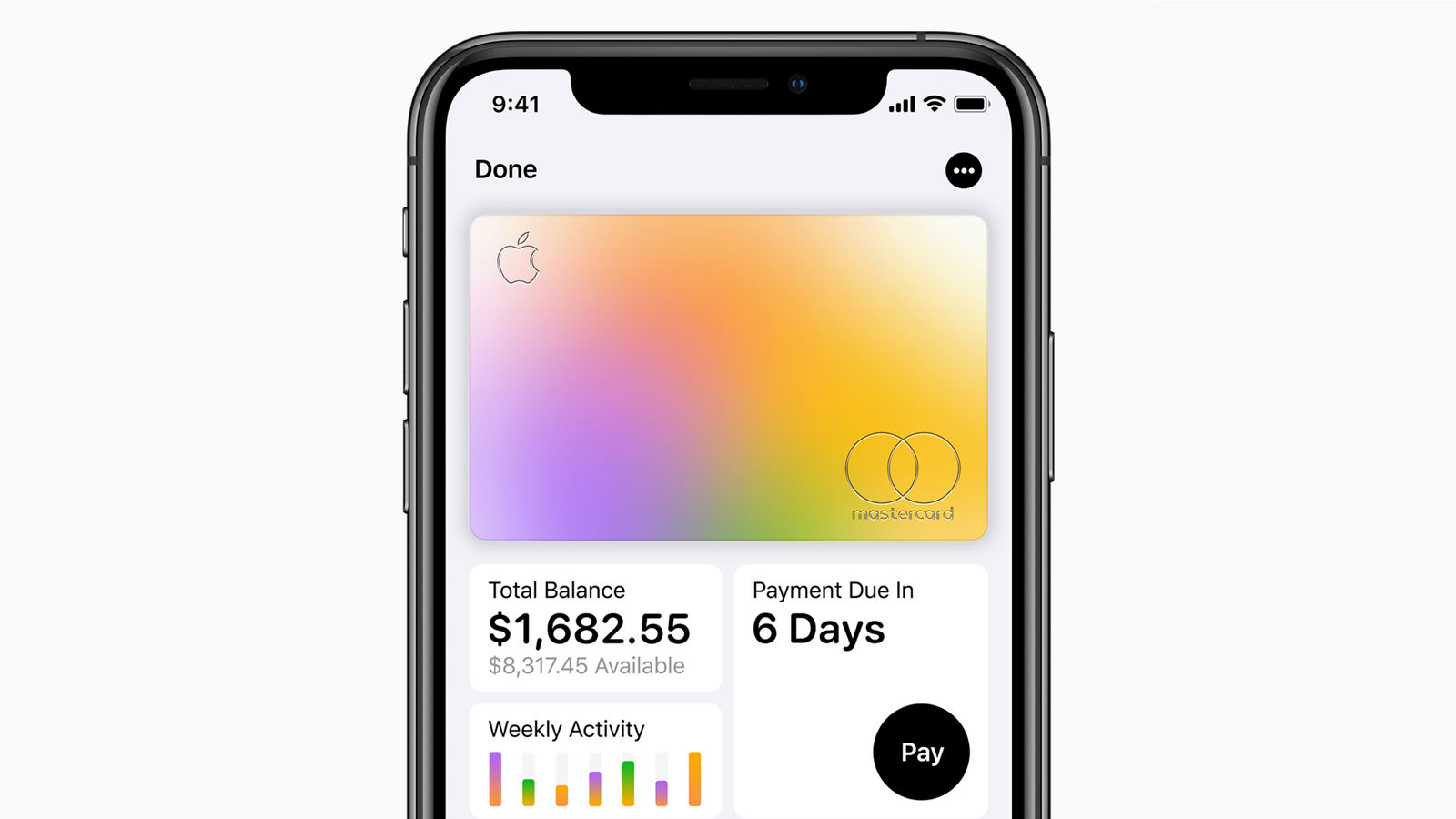 Apple Card extends Apple Pay with a credit service, which Apple claims will offer a simpler application process than other credit lenders. It is a virtual credit card that lives in the Wallet app on iPhone, and can be used anywhere in the world that Apple Pay is accepted.

The Apple Card is different from other credit cards with zero fees, lower interest rates and flexible repayments. Apple also wants to make it easier for you to manage your spending through the Wallet app, and to reward users with a new loyalty scheme called Daily Cash.

Through the Wallet app you’ll be able to see exactly how much you’ve spent and when, and can view trends in spending week on week as well as month on month, or in particular categories such as food and drink.

Using machine learning and Apple Maps data Apple says it is able to show you useful information about where your transactions were made in your statements, too.

Support is just a text message away, and using the standard Messages app you can get help with transactions and make changes to your account details.

Multiple repayment options are offered, each with real-time calculation of interest showing you how a payment will affect your balance to keep you better informed. Apple Card also supports more frequent payments in order to help you get down your balance faster.

Where and when is Apple Card available?

Apple Card launched in the US on 20 August, but no launch date has been set for the UK yet.

When is Apple Card coming to the UK?

Apple has not announced any plans to bring Apple Card to the UK. However, it appears that Apple will eventually be launching the service here: the company has applied for the “Apple Card” trademarks in Europe and Hong Kong, according to a Patently Apple report.

Wedbush Securities’ Dan Ives told The Sun: “We believe this card will be hitting the UK by the fall timeframe as Apple’s goal is to monetise the financial backbone of its massive installed base around the world.”

The US partnership is a collaboration with Goldman Sachs and Mastercard, and it’s probable that if it is successful the trio will then look at new opportunities elsewhere.

In the meantime, read our Best Apple Card alternatives article for advice on your best option.

How to get an Apple Card

To qualify for an Apple Card you need to live in the US, and be running iOS 12.4.

The sign up process should take about a minute.

You’ll also be asked if you wouldn’t like to receive a physical card in the mail.

Each Apple Card has a semi-permanent virtual card number as well as an expiry date and security code, just like any other credit card.

To find this number, look in Wallet and tap on the three lines for information about your card. You’ll find the expiry date and security code. You can use this number to pay for goods online. In person you can use the physical Apple Card.

How low are Apple Card rates?

Apple made a big deal of its new credit service’s low rates and zero fees during the launch event, so exactly how low are they?

According to the company it has variable APRs that range between 13.24% and 24.24% based on credit worthiness.

What is Daily Cash? 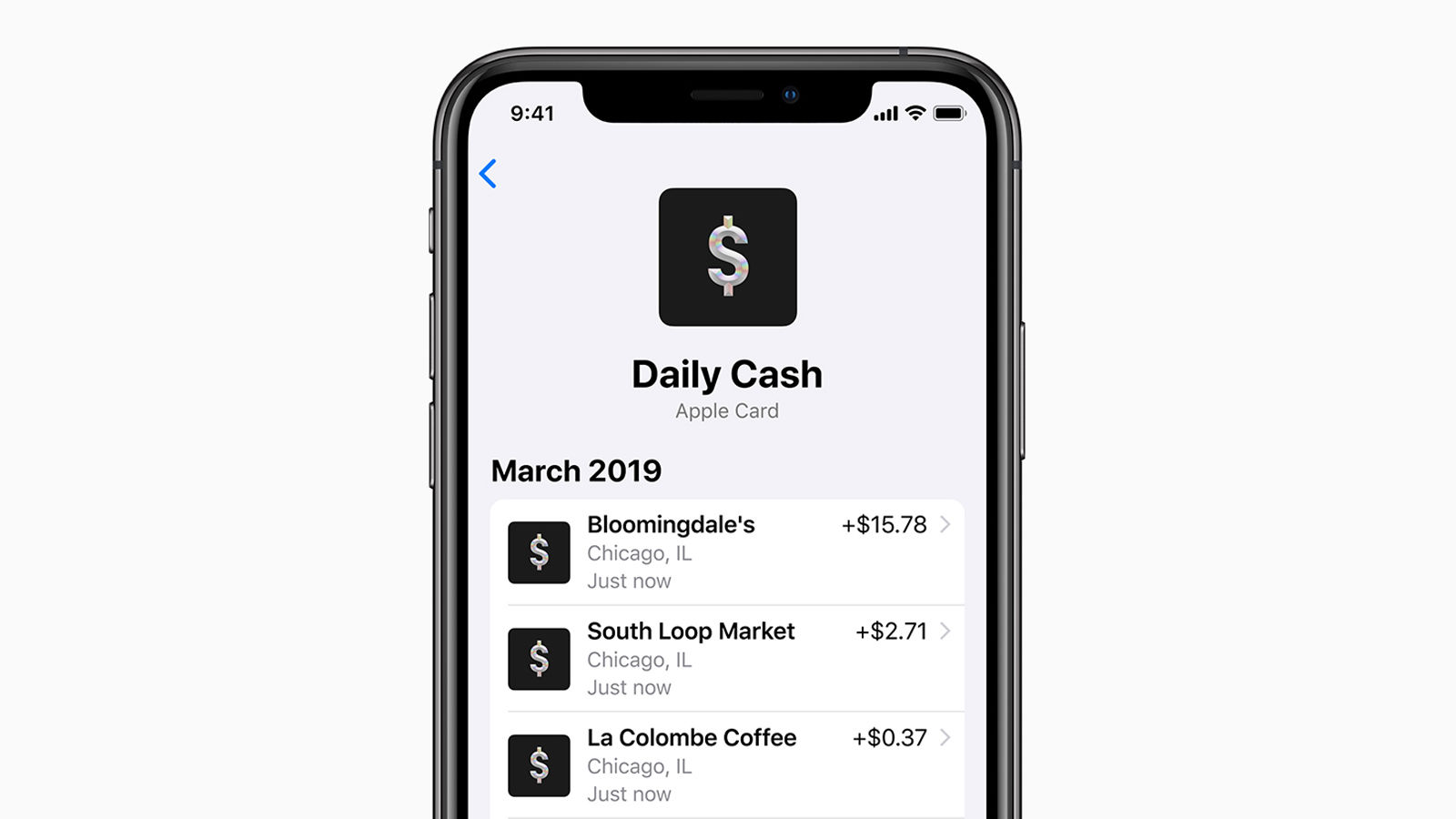 Whereas most credit-card reward schemes are based on points, Apple pays you daily for any transaction made using Apple Card. Daily Cash is unlimited, and can be used in any way you like, whether that’s paying off your balance or making new transactions.

How much cash back you get depends on where you use Apple Card:

Do you get a physical Apple Card? 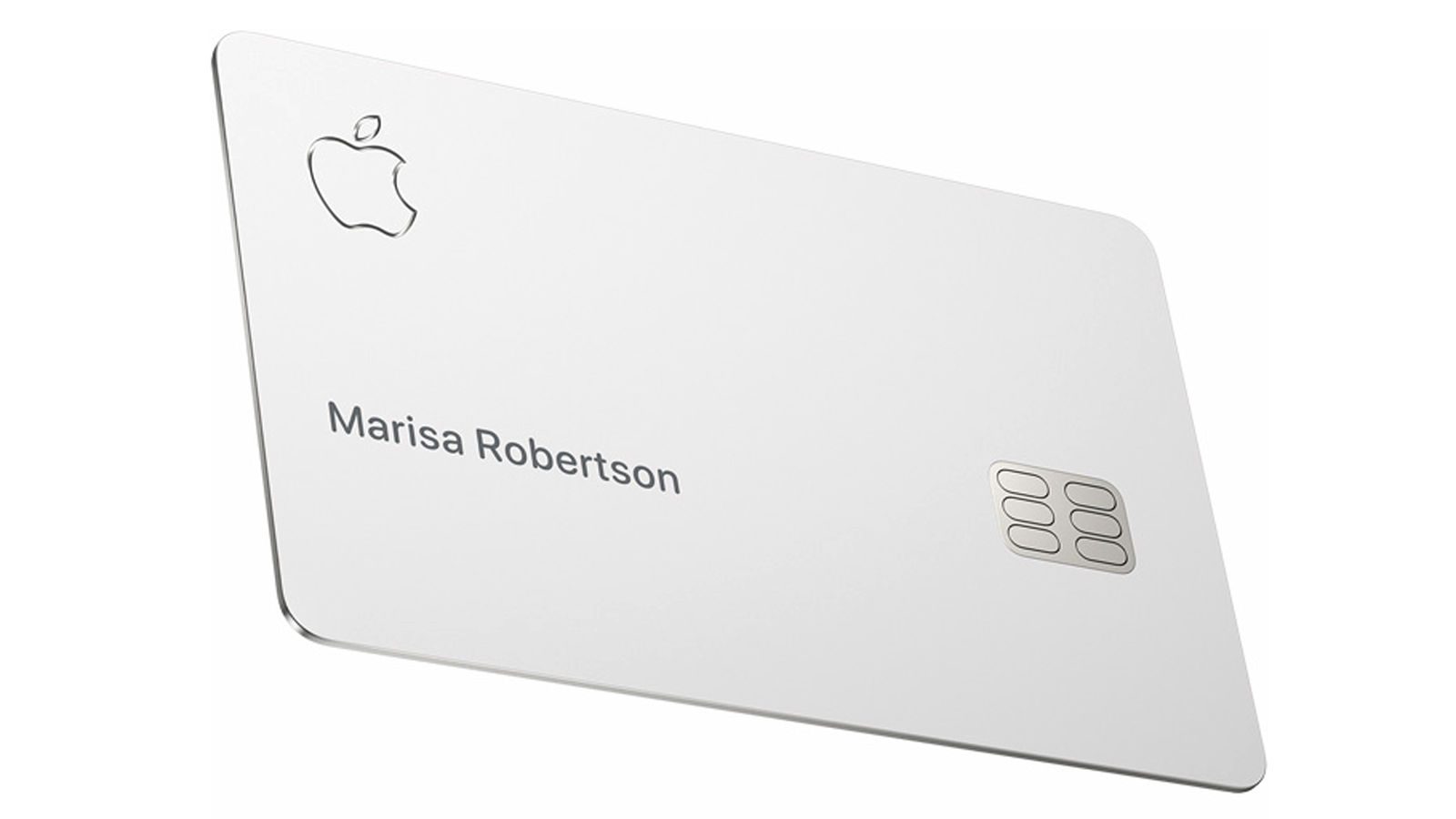 Yes. The physical Apple Card is for use at retailers that do not support Apple Pay and Apple Card.

It looks unlike any other credit card, made from titanium with your name laser-etched on the front. No other information is given on the card (though it is accessible within the Wallet app), making your card ultra-secure.

A drawback of the physical Apple Card is that it does not support contactless payments. Apple is also warning users not to store it against denim or leather, and has even posted a cleaning guide to keep it looking pristine. We’ve got a detailed guide covering how to clean an Apple Card.

How secure is Apple Card?

Apple maintains that its new credit service is private and secure, with each transaction including a one-time security code to protect your unique card number, and all transactions backed up by Face ID or Touch ID.

It says it does not know what you bought, where you bought it or how much you spent, with all spend tracking taking place on the device rather than on Apple’s servers. It also claims Goldman Sachs will never sell on your data for marketing or advertising.

The physical Apple Card is more secure than other credit cards in the fact that it provides no account data on the card itself – there’s no card number, no expiration date, no CVV and no signature.

Marie is Editorial Director at Foundry. A Journalism graduate from the London College of Printing, she's worked in tech media for more than 17 years, managing our EMEA and LatAm editorial teams and leading on content strategy through Foundry's transition from print, to digital, to online - and beyond.