On Monday 25 March 2019 Apple confirmed what we all knew – various Hollywood stars are making shows that Apple will start streaming later this year.

If you want to find out what shows Apple is making read: What shows are going to be on Apple TV.

However, the keynote left many of our questions unanswered. For example, we don’t know what Apple will charge for original content, nor do we know if this subscription will include other content – such as some of the vast number of shows and movies available to purchase or rent on iTunes.

It’s also not entirely clear what the benefit of the new Channels section coming to the TV app will be. Apple tells us that we will be able to sign up different broadcast services (such as HBO or Showtime in the US) within the app. This is an advantage in as much as it means you don’t need to set up an account and password for yet another app. It’s not clear whether we will be able to carry over existing subscriptions though, nor do we know if it will be possible to sign in to these services on other devices that don’t offer the TV app. With Apple effectively owning your relationship with the company providing the service what will happen if things go wrong?

Content from these Channels will be available to watch from inside the TV app. Right now if you want to watch something you find in the TV app that doesn’t come from the iTunes Store you will be sent to a third-party app where you can watch that content. We don’t find it all that frustrating that, having found something to watch using the TV app, we are then sent to a different app to watch it. We wonder if Channels is really intended to make the experience better for users (with better recommendations based on what you watch), or if it’s Apple just trying to grab even more control of the audience?

We won’t have long to wait to find out more. Apple’s already made a beta version available to iOS 12.3 and tvOS 12.3, which includes the new version for the TV app with a few Channels inside it, at least in the US. The updated version will arrive on iPhone, iPad and Apple TV in May, according to Apple. In the autumn the TV app will finally come to the Mac, and it will also be arriving on various TVs, starting with some Samsung models, then the Roku and Fire TV streaming sticks. 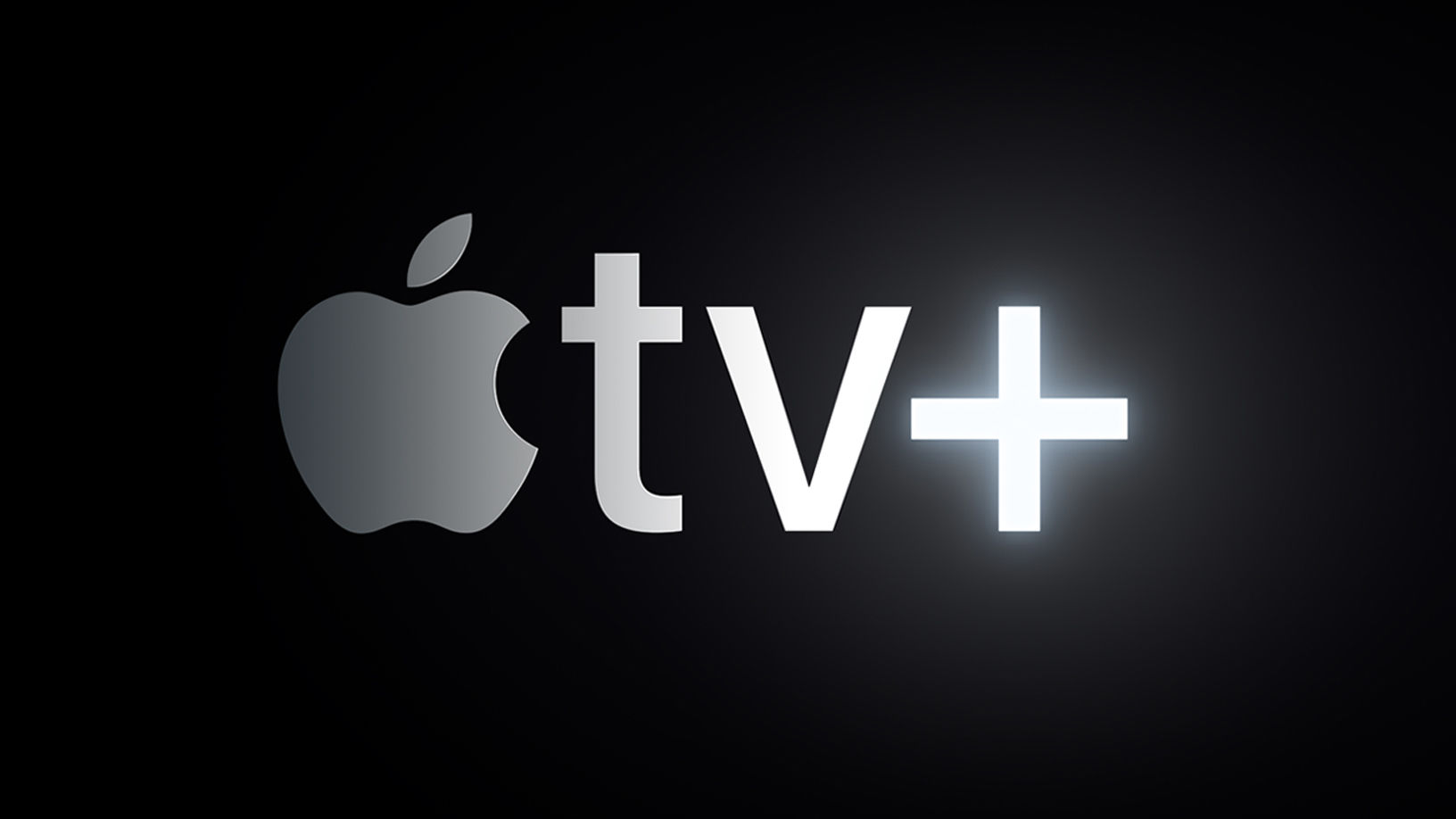 What changes are coming to the TV app

Before we start talking about what’s coming to the TV app, we’ll quickly recap on what the TV app currently does.

As Apple CEO Tim Cook said during the Showtime keynote in March 2019: “Today there is so much to watch in more ways than ever before. And with so many choices sometimes it’s hard to know where to start. That’s why we created the Apple TV app. It’s one place to easily discover shows you’ll love, from over 150 streaming app, across your iPhone, iPad, Apple TV 4K.”

Essentially, the TV app is a place where you can search for things to watch, and see recommendations of things you might want to watch. You can also watch iTunes content that you might have bought or rented. The problem with the TV app as it stands is that is all it does. If you were to search for a show and see that it is available on Netflix, or Amazon Prime, you would then be forced to leave the TV app and watch it elsewhere.

We don’t have a big issue with this current status quo, to be honest. But Apple has a vision. As Cook said during the keynote: “Our vision for the Apple TV app is to bring together all your favourite shows, movies, sports, and news, and make them available on all your devices. So you can spend less time looking for something to watch and more time enjoying it.”

In a nutshell: “Because there is so much to watch all in this one place we’ve redesigned the Apple TV app to be even simpler to find what you love.”

You can try out the new beta version of the new TV app. iOS 12.3 and tvOS 12.3 are available now (find out how to sign up for Apple’s beta program here).

We look at the new features coming to the TV app in more detail below.

One of the most useful feature of the TV app currently is the fact that it enables you to search for a TV show or movie and see results from a variety of apps and services. You can then make an informed choice about where to watch – and not pay for something you could watch for free.

We assume that the new version of the TV app will continue to enable you to search for a TV show or movie and see results from a variety of apps and services. Currently if you search for something you might see that it is available to rent or buy on iTunes, as well as being available to watch in Amazon Prime or Netflix, or even on BBC iPlayer, for example.

We hope that the TV app will continue to search content on services that refuse to agree to Apple’s terms required to be a Channel. We know that Netflix will not be signing up as a Channel for example, but this hopefully won’t mean Netflix is left out of the search results. 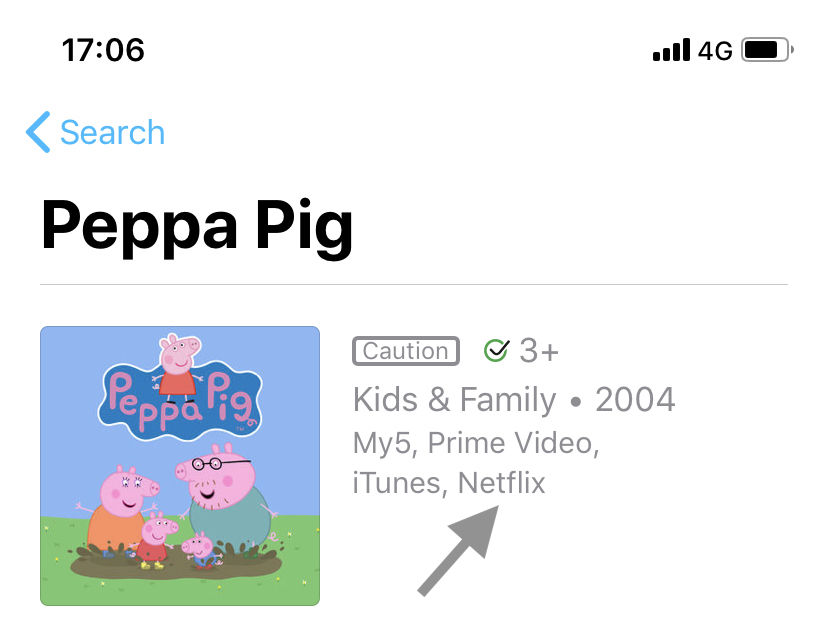 The TV app already features a Watch Now section. Within this is Up Next, where you’ll see a shortcut to the show you are currently binge-watching, or the movie you are half-way through. You’ll also see Recommendations which are based on popular ‘trending’ shows.

Up Next is a handy place to return to when you sit down in front of the TV in the evening. It’s also useful if you tend to watch on various different devices, because you can pick up on your iPhone where you left off on your Apple TV. 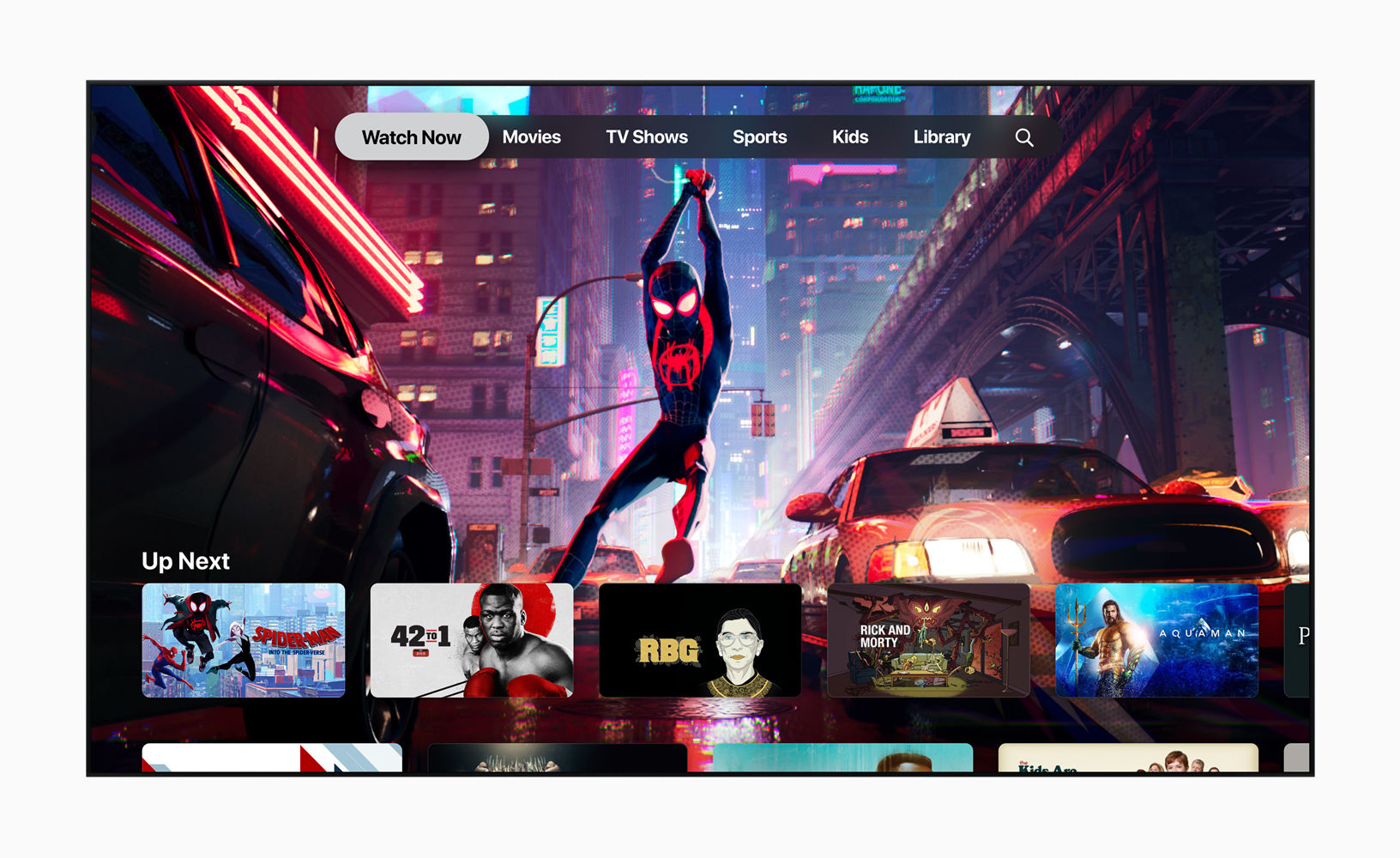 The Watch Now section also features For You recommendations of shows and films you might like to watch that are made based on the sort of things you choose to watch. You can already find these recommendations in the app, but right now they are based on what’s popular and trending.

The new version of the TV app will be able to make even better recommendations thanks to Apple’s team of expert editors that Apple’s VP of services Peter Stern described, during the Showtime event, as being “Like that friend you have that always knows the best things on TV”. Stern went on to describe how those recommendations will be enhanced with “advanced machine learning” that can “help you find your next favourite show” based what you like to watch.

Apparently these recommendations will come from all the streaming apps that the app supports, although it’s not clear whether preferential treatment will be given to those that feature as Channels. Speaking of which …

The new version of the TV app will simplify the process of signing up for a service like HBO or Showtime. If you want to watch something you’ll be able to register for the trial or sign up immediately in a matter of clicks, and it will all be linked to your Apple ID, so no need to set up another account and password. The services you have signed up for this way will be found in the new Channels section. 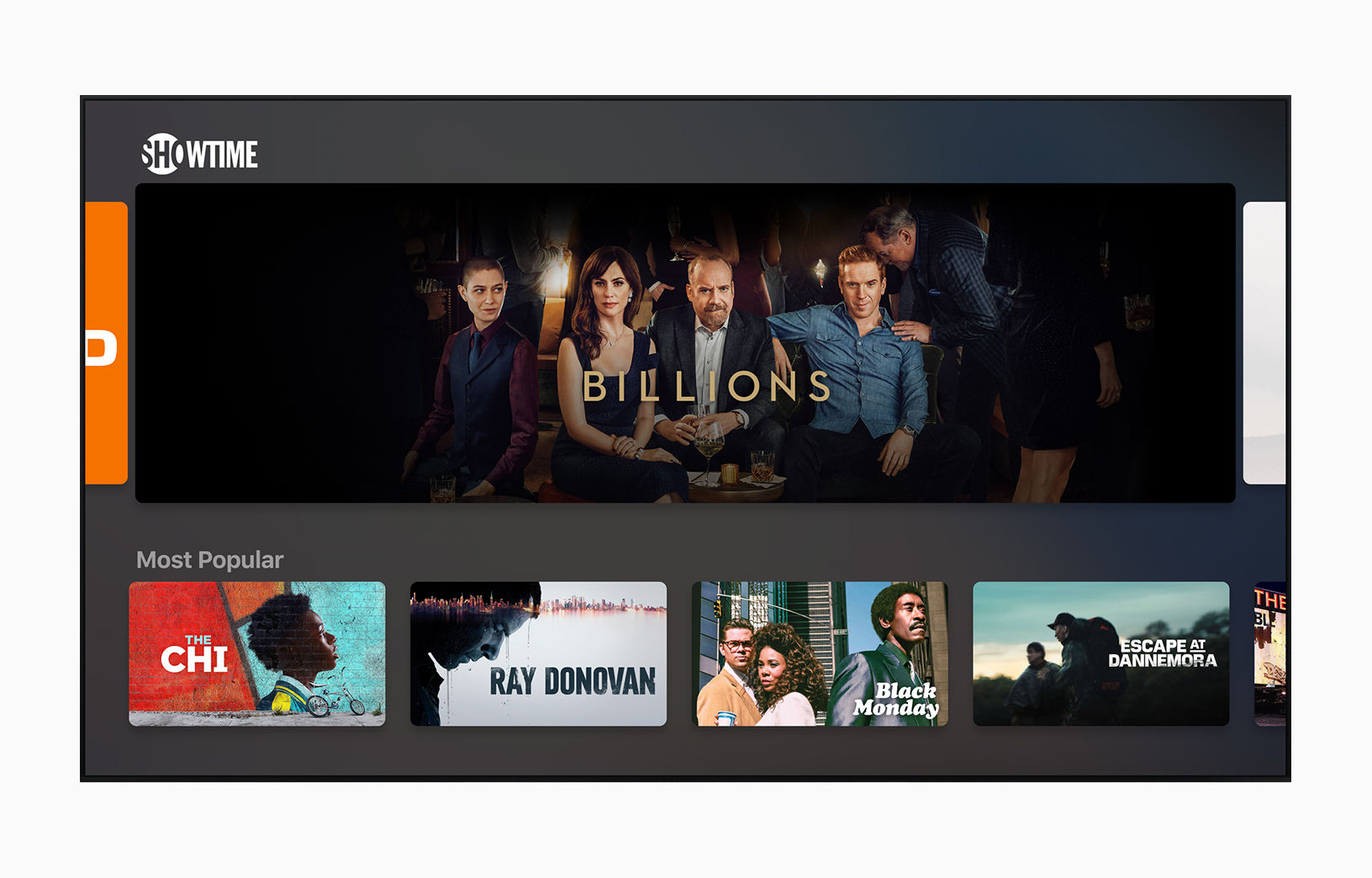 It’s not just that Apple is making the sign up process easy when it comes to registering for a streaming or on demand service. Users will be able to watch the content from these subscriptions within the TV app. This will make for a more streamlined process, as you won’t be forced out of the TV app into a second app to watch the content.

Apple apparently won’t be able to gain any data about your watching habits, although it will be using machine learning to make recommendations of things you might like to watch (apparently this will happen on the device so the data will never leave your phone).

We’re not clear on whether you will need to log in and out of different accounts to see content that’s specific to you. Apple’s said that it will be possible to share with up to six family members which is useful, but if you are watching a show that’s inappropriate for the kids, and the kids are using the iPad to watch their content, will they see the show in the Up Next section?

It could also be frustrating if your spouse has seen an episode of a show and you haven’t watched it yet.

And just how much will their viewing habits mess up your recommendations.

The new app interface will look a little different to how it appears currently.

Along the top are tabs for Watch Now, Movies, TV Shows, Sports, Kids, Library and Search.

As we mentioned above, Watch Now includes your Up Next section of programmes and films you are currently watching. There are also recommendations there.

The Movies section was mentioned by Apple’s Peter Stern, who revealed in the keynote that Apple has “created a new home for Movies” in the TV app. It seems that this might spell the end for the Film and TV Programmes section of the iTunes Store, although you can already buy or rent iTunes movies from inside the TV app and watch them within the app. 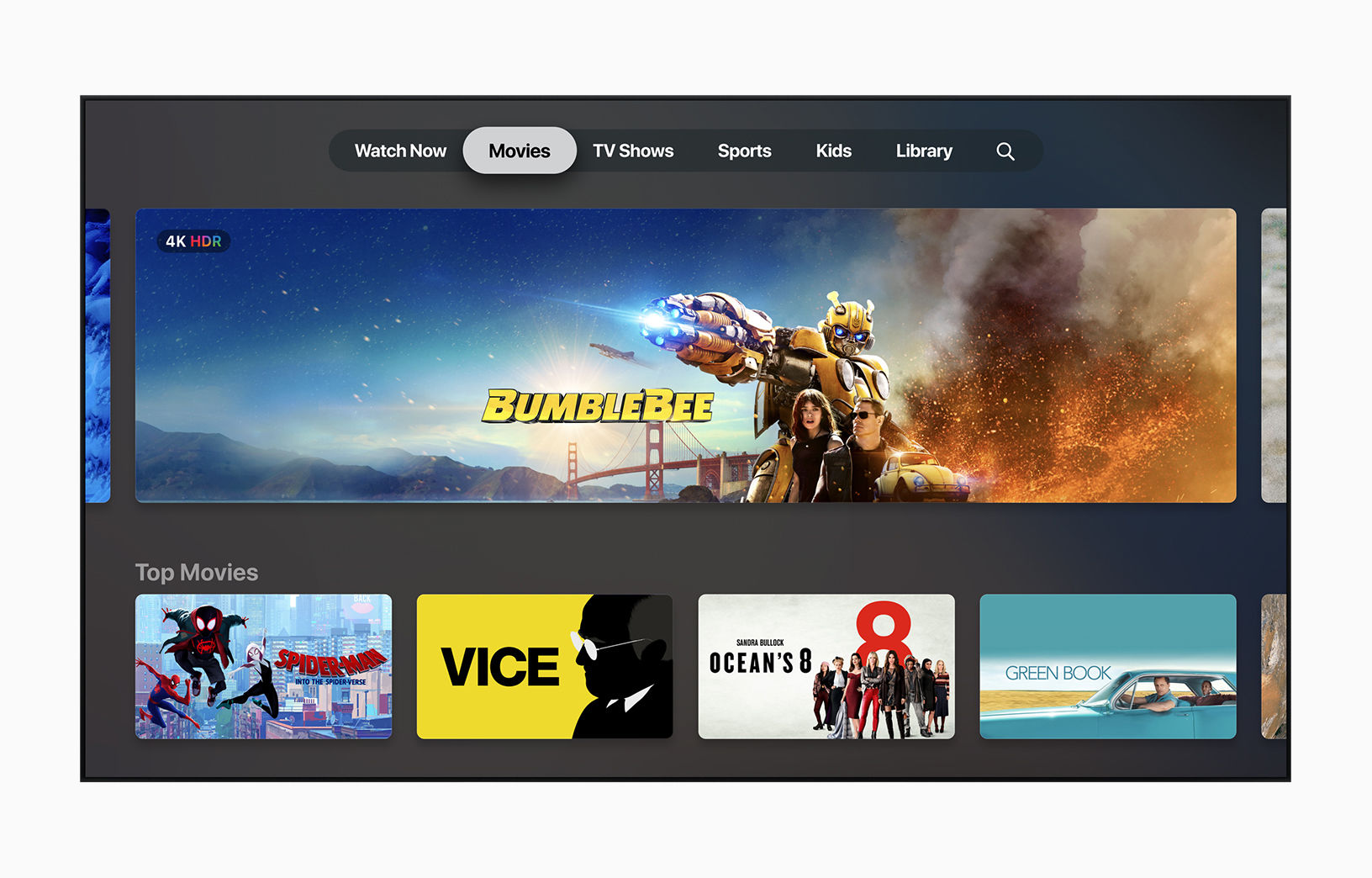 You’ll also be able to see the movies that are available from your various Channels here, with recommendations that match your tastes, as well as anything Apple is promoting we imagine.

We expect that the TV Shows section will be similar to movies. No doubt you’ll see all the shows Apple is making here when they launch in the autumn.

The Sports section is for sports fans, obviously. They will be able to watch current games, and they will see live scores and get notifications when their team is having a close game, according to Stern. 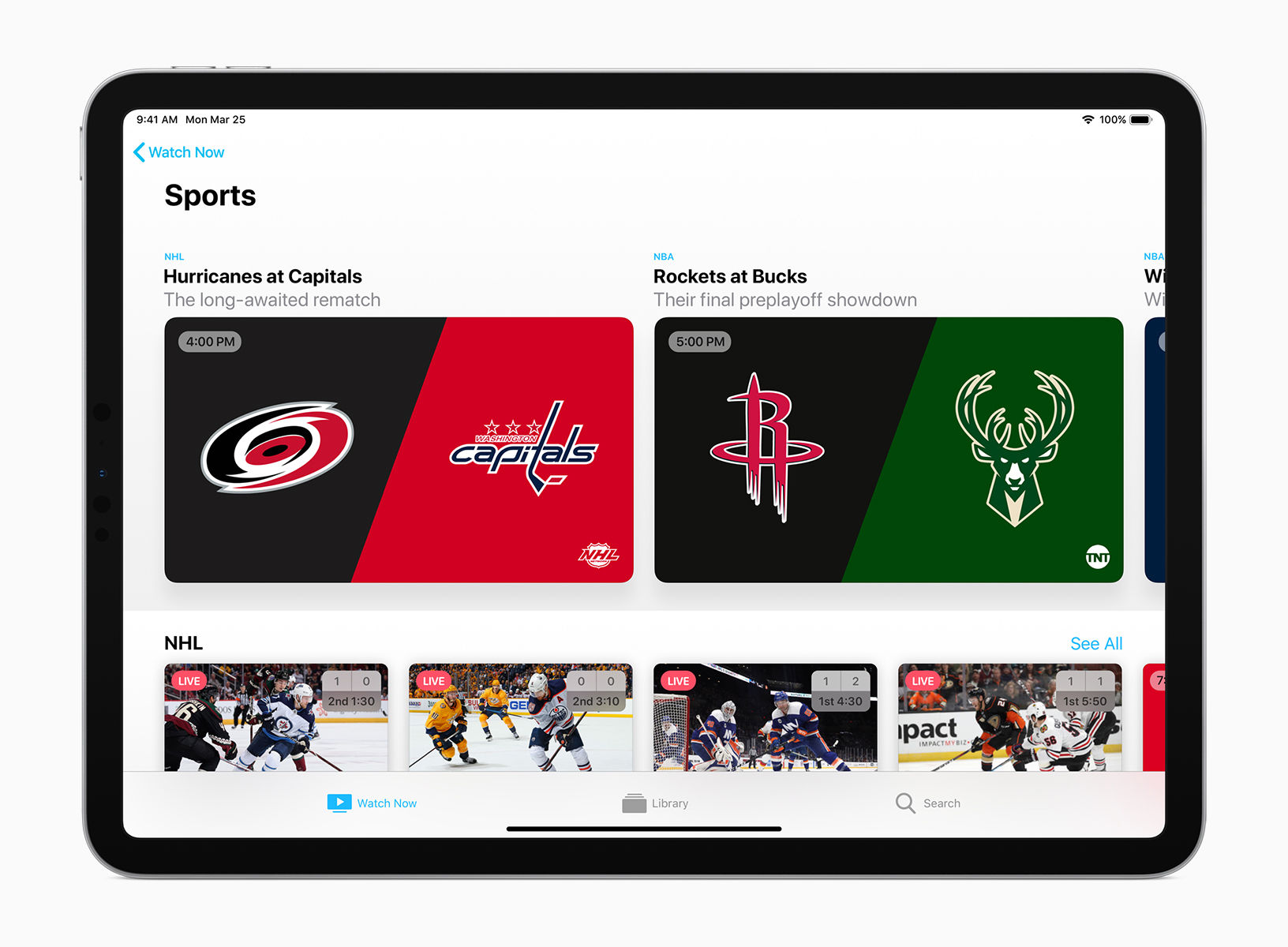 Kids get their own section, which Cindy Linn, Apple’s director of program management, described as a “safe place to explore”.

The Library will include your recent purchases (we assume from iTunes) and maybe a way of accessing any content you have obtained from other services.

Stern seemed to indicate during the keynote that shows that are available in your Channels will also be available to download so you can watch them offline. We assume these shows will be available in the library section.