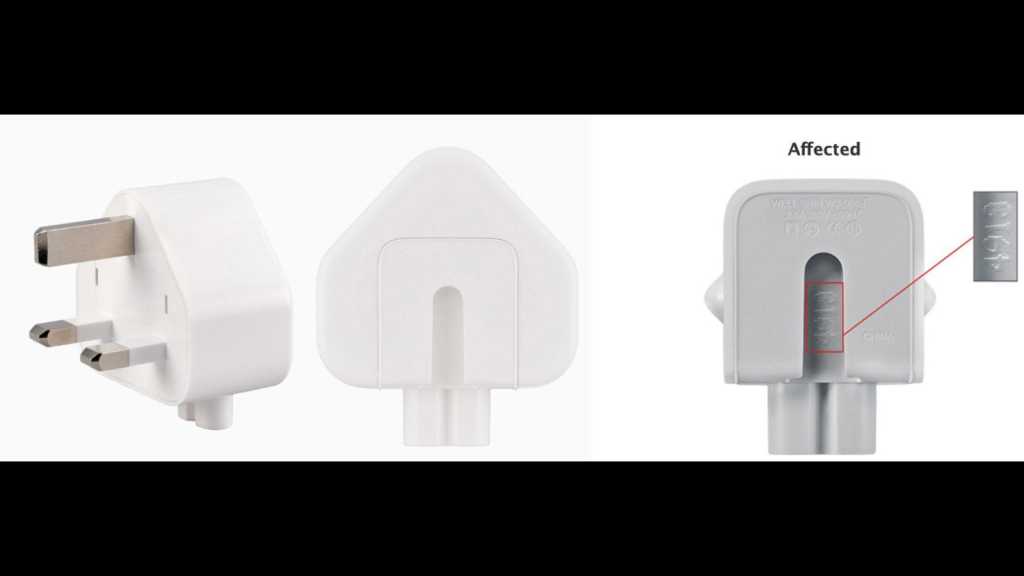 Apple is recalling a number of wall plug adapters due to safety concerns.

These AC wall plug adapters, including the kind used here in the UK, Singapore and Hong Kong, could cause an electric shock if touched.

According to Apple: “In very rare cases, affected Apple three-prong wall plug adapters may break and create a risk of electrical shock if touched.” The company says there have been six incidents worldwide. Apple doesn’t clarify if six people got electric shocks, or if there have been six incidents of the plug breaking and being a risk of an electric shock.

The company said the same of the recalled two-pronged plug adapters here.

Apple claims the risks are only associated with the AC wall plug adapters that shipped with Macs and some iOS devices between 2003 and 2010, in addition to the three-pronged plug included in the World Travel Adapter Kit.

Is your plug is included in Apple’s recall?

While it’s a long time since Apple sold these particular adapters, it’s possible that you are still using one of these older plugs, so it’s worth checking.

Apple says that the affected three-prong plug adapters are white and have no letters on the inside slot where it attaches to the main Apple power adapter. 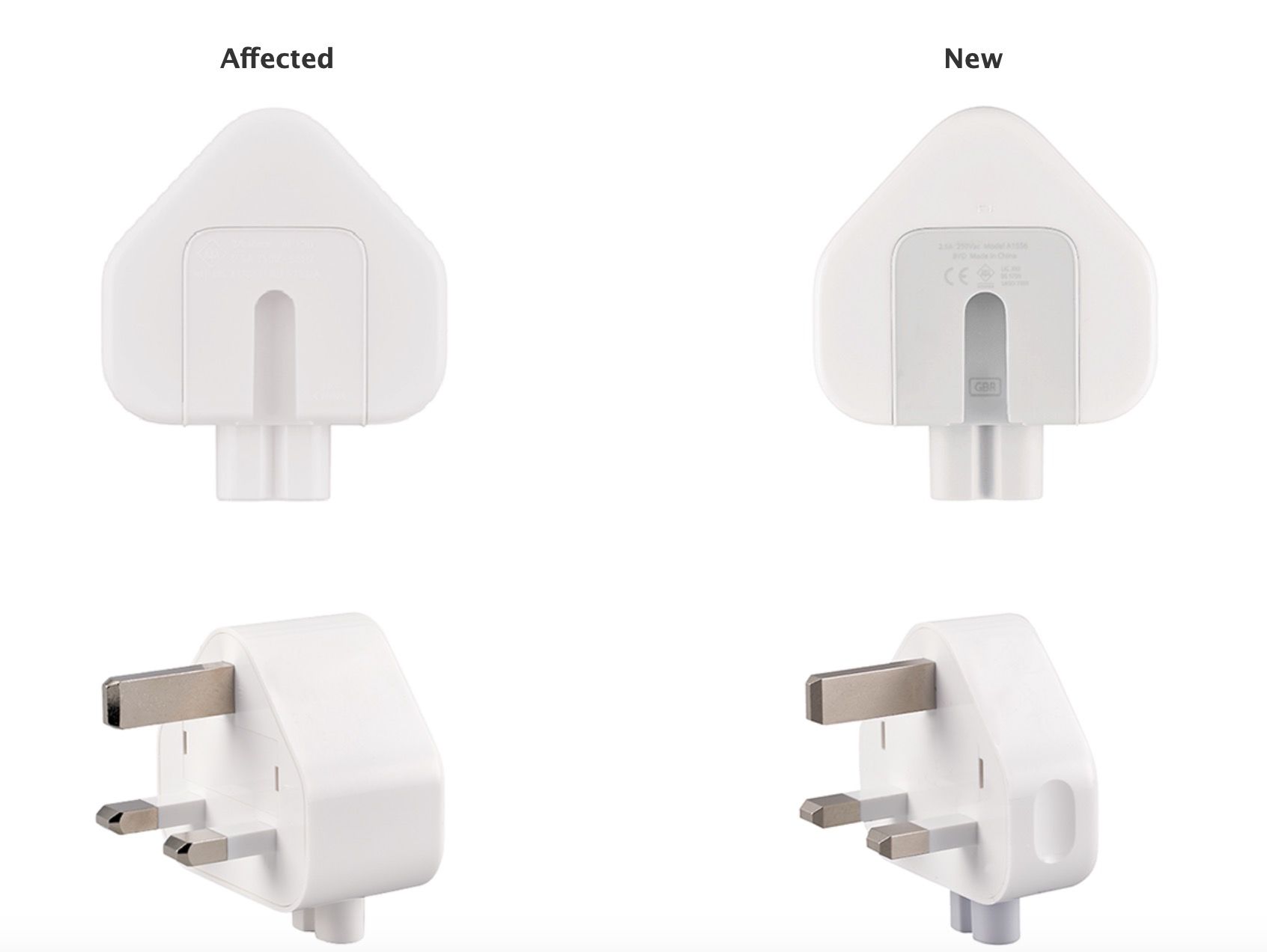 If you can see letters on the back of your three-pronged plug then it is one of the newer ones. Another way to tell if your plug is newer than the ones being recalled is if it has a dimple on either side to make pulling it out easier. In addition, the newer plugs are also slimmer than the older generation.

If you have a two pronged plug then look out for wall plug adapters with four or five characters or no characters on the inside slot where it attaches to an Apple power adapter. Redesigned adapters have a 3-letter regional code in the slot (EUR, KOR, AUS, ARG or BRA).

You can read Apple’s full notice about the recall here. The company will replace any qualifying adapters for free.

The company has posted this page about identifying a faulty UK wall plug adapter, and this one relating to the two-pronged adapter.

How to get Apple to exchange a plug

You can get your plug exchanged at an Apple Retail Store, or via an Authorised Apple Service Provider. It’s likely you will need to make an appointment.

You will also need to obtain your serial number as Apple says it will need to verify your Mac, iPad, iPhone or iPod serial number as part of the exchange process. This may be difficult if you no longer use the product that shipped with the plug adapter.