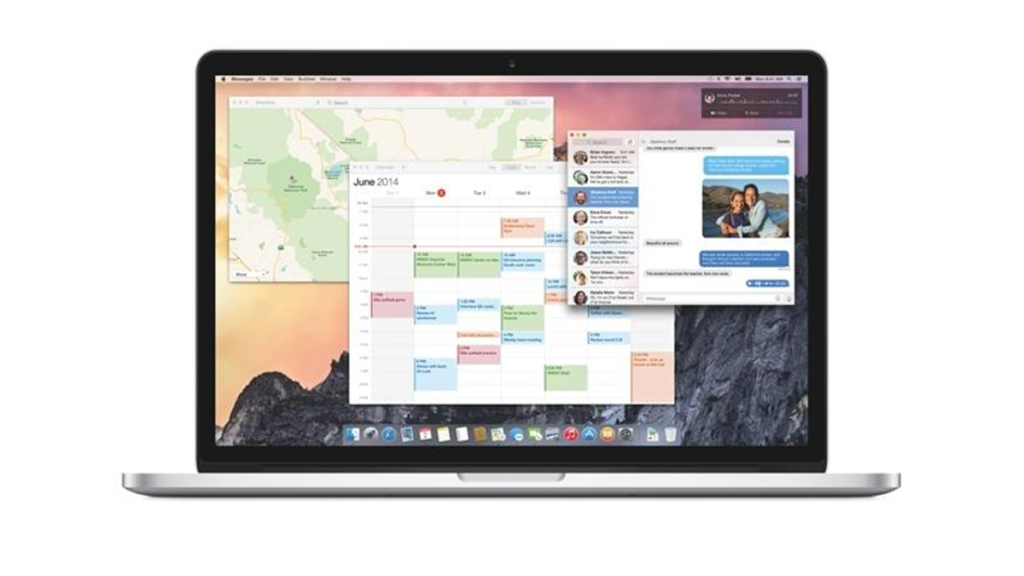 Continuity is a largely unheralded jewel in the crown of macOS. This feature, which first appeared back in 2014 with the release of Mac OS X 10.10 Yosemite and iOS 8, was purposely designed to bring the iPhone, iPad and Mac closer together. With Continuity you can answer phone calls on your Mac, share files wirelessly, create an Instant Hotspot, and use Handoff to switch between Mac and iOS apps and seamlessly carry on from where you were.

While this is great for many users, those who picked up a Mac in 2011 or earlier will find that they won’t be able to access the new features. It’s true that any Mac can be used to make and receive phone calls from as early as an iPhone 4s, iPad 4, iPad mini, or any of their later models, but for the more advanced capabilities Apple has drawn the curtains.

But there is hope, as it’s possible to get around these restrictions if you’re fairly tech-savvy and willing to put in a bit of work.

Why can’t older Apple Devices use features like Handoff and Instant Hotspot?

Macs and iOS devices sold before 2012 use an older type of Bluetooth, whereas the newer devices feature Bluetooth 4.0 LE chips (the LE stands for Low Energy). Older chips constantly drain the battery when they are connected, but Bluetooth 4.0 LE only uses significant energy when it is being used, say to share files, make phone calls, etc.

Handoff requires a fairly consistent connection between Macs and iPhones or iPads, so older devices would find the battery being drained rather quickly if they tried to use the feature. This is a bit of a downer if your Mac is still working perfectly, but thankfully there is a way to cheat the system.

What you need to add Continuity to your Mac

The first is to add Bluetooth Low Power support to your machine. This can be done by attaching a USB Bluetooth dongle or upgrading the AirPort Extreme card in your Mac. We recommend the former as it’s a damn sight easier and doesn’t cost much at all. 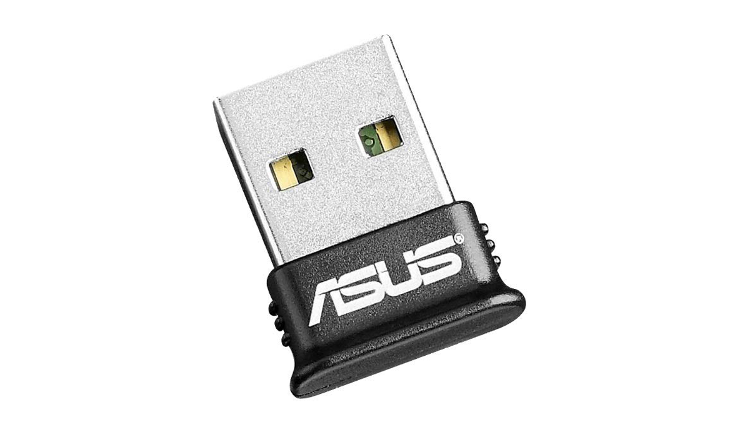 The second thing is to apply the Continuity Activation Tool software patch to the system. Most, but not all, older Mac models are supported by CAT with the addition of a USB Bluetooth dongle. At the time or writing the patch works with models shown in the chart (created by the CAT developers) and list below. 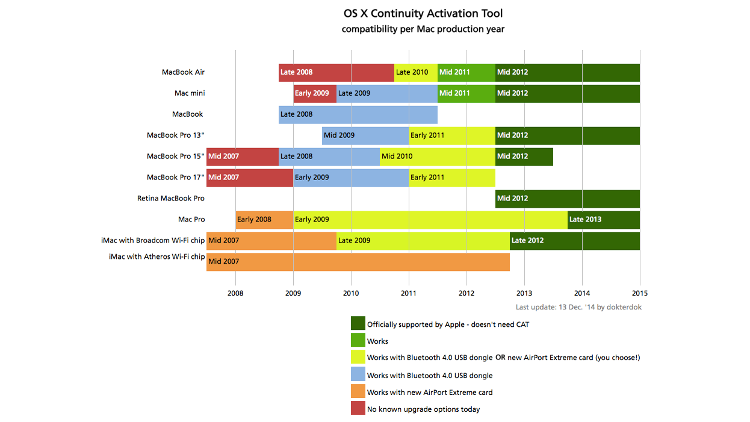 (Not sure which you’ve got? Read our guide explaining  How to tell which Mac you own.)

Continuity activation on early-2008 Mac Pro and mid-2007 iMacs models is possible, but they require an AirPort Extreme upgrades as USB Bluetooth dongles won’t work. However, there’s great news if you’ve a mid-2011 MacBook Air or Mac mini. Both should work with Continuity once the patch is applied, and there’s no need to add a USB Bluetooth dongle or new AirPort Extreme card.

A word of warning before continuing

For the Continuity Activation Tool to work it needs to hack a handful of system files and also disable driver signing. In other words, the overall security level of your Mac will be lowered a notch. This is arguably a minor concern, and a price worth paying bearing in mind the enhanced functionality you receive in return, but it needs to be noted.

There’s also the fact that you’ll need to reapply the hack whenever you update MacOS, plus you should always ensure you have the latest version of the Continuity Activation Tool. The latter isn’t too hard though, as the software was last updated in 2016.

Start by creating a Time Machine backup, if possible. Then download the patch from the Continuity Activation Tool website.

Unzip the activation tool archive, and right-click the Continuity Activation Tool icon (it’s the orange circle), selecting Open on the menu that appears. Click Open in the dialog box that appears. You’ll immediately be prompted to type your login password.

Two command-line windows will open, with one running through a series of checks and performing a series of background actions. Don’t worry – this can be ignored in favour of the second window that offers install options. Select it and tap 1 on your keyboard, which will activate Continuity. 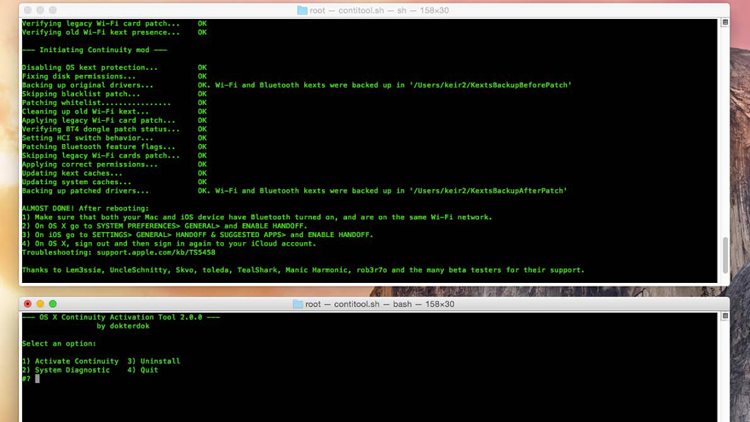 Insert the USB Bluetooth dongle when prompted, or remove and reinsert it if it’s already plugged-in. Once again, background checks and procedures will take place, and after several minutes you’ll be prompted to reboot your Mac by again selecting the window and tapping any key. If there are problems, you’ll be told about them and what you can do to remedy the situation.

Setting up the Continuity Activation Tool

Once the Mac has rebooted, open System Preferences, click General, then put a tick alongside Allow Handoff Between This Mac and Your iCloud Devices. On each of your iOS devices, open the Settings app, tap General > Handoff & Suggested Apps, then activate the switch alongside Handoff. 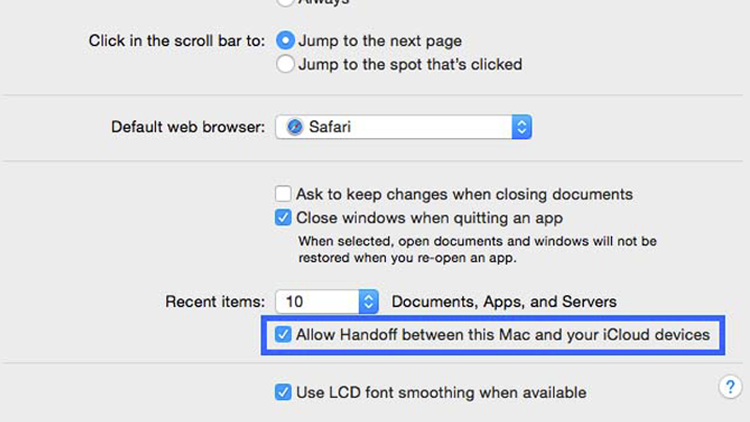 Remember that for Continuity to work, you’ll need to be logged into the same iCloud account on your Mac and iOS devices.

If you’re lucky everything will work immediately. To test app Handoff, open a page in Safari on an iOS device. It should virtually immediately appear at the left of the Dock. Try it the other way around – open a webpage in Safari and it should appear as an icon at the bottom left of your iOS device’s lock screen (just drag it up), or at the left of the app switcher that appears when you double-click the Home button.

If it doesn’t work, sign out of iCloud on your Mac and your iOS devices, then sign back in again. Try rebooting everything too.

In our tests iOS-to-Mac app handoff worked immediately, but it took several hours for Mac-to-iOS handoff to start working. Just be patient! We have experienced problems getting any of the iWork apps (Pages, Numbers, and Keynote) to work consistently via Handoff, but others report similar troubles even if their Macs are fully compatible with Continuity.

Note that the USB Bluetooth dongle needs to remain attached to your Mac at all times for Continuity to work.

Keep the Continuity Activation Tool on your hard disk and don’t delete the KextsBackupAfterPatch or KextsBackupBeforePatch folders it creates in your Users folder. If you run into problems, such as your Wi-Fi adapter not being recognised, you might choose to remove the patch.

To restore your computer to the way it was, again run the tool and this time select the Uninstall option. Reboot when prompted.