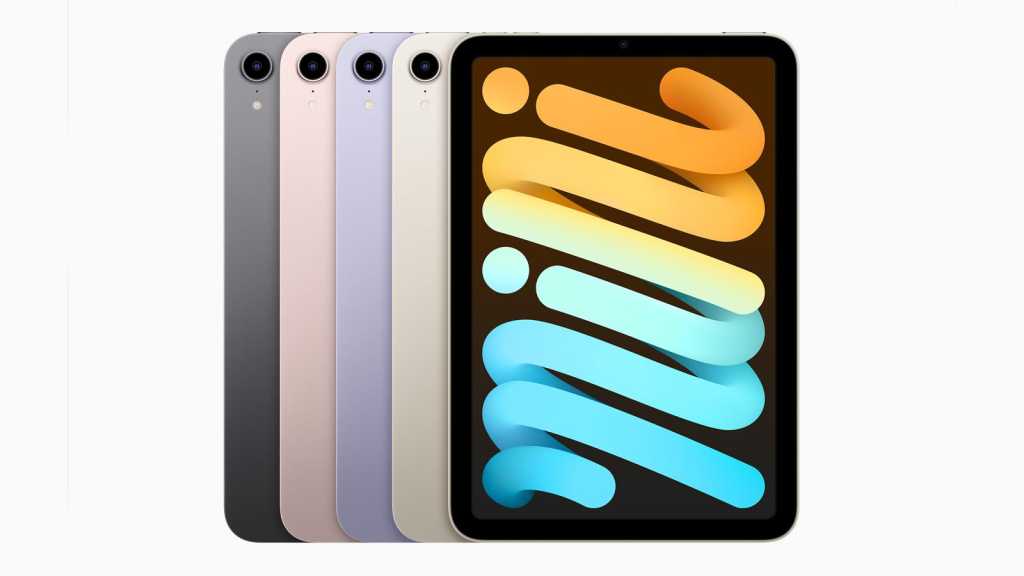 Two years after its last major upgrade, Apple officially announced a new iPad mini at its 14 September Keynote event alongside an update to the iPad.

Described as a “complete redesign”, the iPad mini 6 brings with it numerous key changes including a new and powerful A15 Bionic chip, an 8.3in Liquid Retina display, Apple Pencil 2 Support, improved cameras – and 5G connectivity. It’s the upgrade iPad mini fans have been waiting for.

The mini 6 is available to pre-order now from Apple and goes on sale Friday 24 September. Here’s everything you need to know about the latest iPad mini including price, availability, release dates, and new features.

The autumn launch date aligns with predictions made by Apple pundits. Bloomberg’s Mark Gurman, for instance, indicated in July 2021 the new iPad mini “should be a go” for an announcement and release in the autumn of 2021. Read: Completely redesigned iPad mini 6 ‘coming this autumn’. 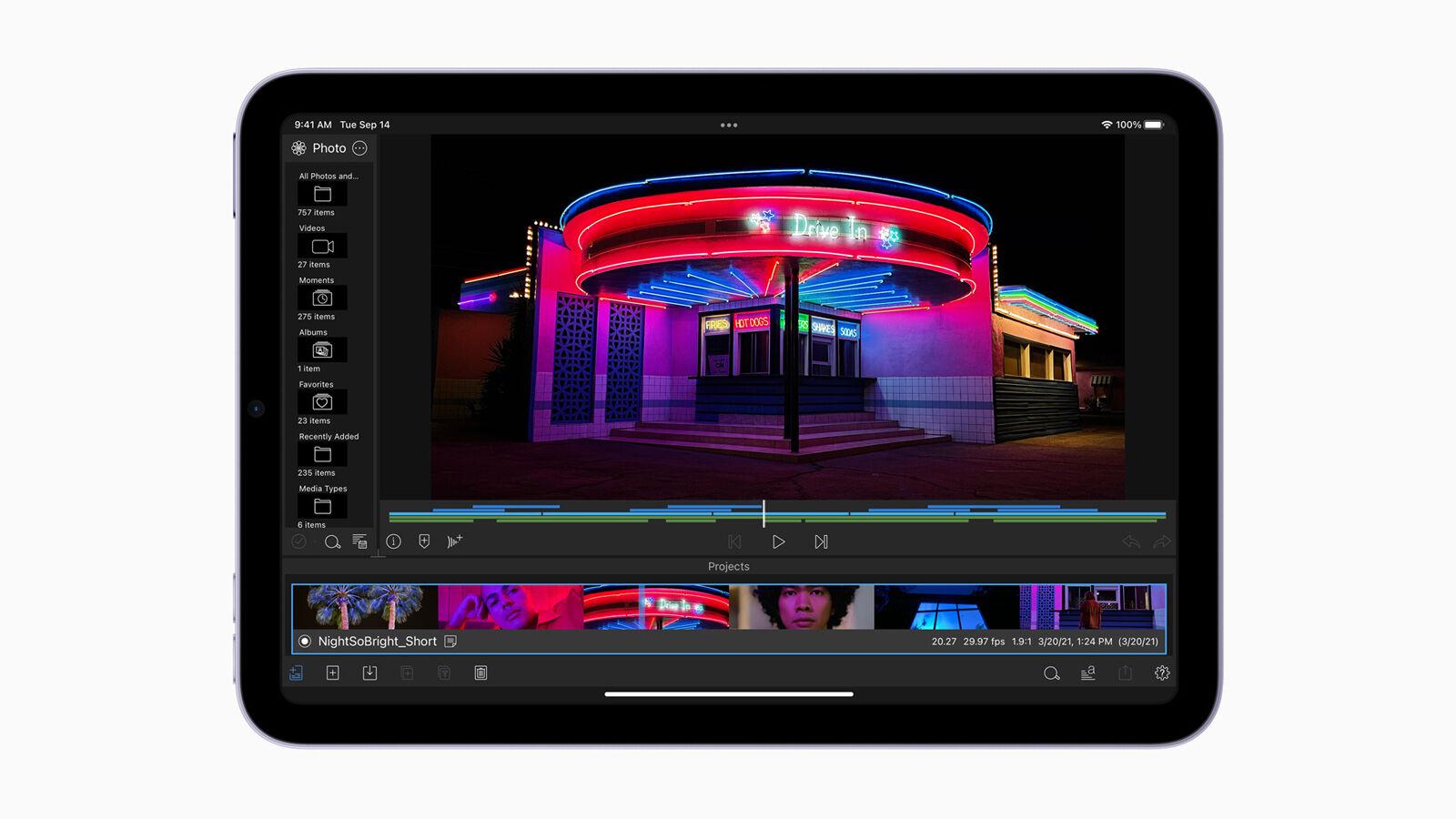 The iPad mini is available to pre-order now from Apple in Wi-Fi and Wi-Fi and Celluar configurations. Prices are as follows:

The new iPad mini tablets will be available in Pink, Starlight, Purple, and Space Gray finishes.

The starting price makes it $100 more than the 5th gen iPad mini. One reason why Apple might have changed the price of the iPad mini is in relation to global component shortages. With Apple’s suppliers raising prices Apple may well pass the higher costs onto consumers.

Design: What does the new iPad mini look like?

The most obvious change is the larger 8.3in display and narrower bezels, expanding on the iPad mini 5’s 7.9in display. The larger screen is a design change a Macotakara report predicted back in January 2021). Despite a larger display, the device keeps the same footprint (in fact it’s slightly smaller and lighter, although a tad thicker).

Screen brightness offers a maximum brightness of 500nits, along with a P3 wide colour gamut and True Tone. An anti-reflective screen coating also makes it one of the least reflective displays in the industry, according to Apple.

Apple has also moved the Touch ID sensor to the top button.

The biggest change of them all is under the hood with a new A15 Bionic processor, promising incredible boosts in performance. This makes the iPad mini more powerful than the latest iPad Air. It also makes the new tablet quicker than the new iPad, which features the A13. Read more here: Next iPad mini to get brand-new, super-fast A15 chip.

The 6-core CPU offers a 40% boost in performance while the 5-core GPU boosts graphics performance by a whopping 80%. These are Apple’s figures, of course, so we’ll have to wait until we get our hands on the mini 6 to test these claims ourselves.

Apple promises the new and upgraded processor should allow the mini 6 to handle the most demanding tasks such as “graphically rich games to pro apps used by designers, pilots, doctors, and more”.

Perhaps the biggest improvement (processor aside) on the new iPad mini is the inclusion of 5G connectivity. Apple promises 5G speeds up to 3.5Gbps (though that’ll rely entirely on the 5G infrastructure available to you).

Other connectivity features include Gigabit LTE, eSIM, and Wi-Fi 6.

As for wired connectivity, Apple has introduced USB-C to the iPad mini allowing data transfer rates up to 5Gbps which is 10 times greater than the 5th generation iPad mini. The new USB-C port allows the iPad mini 6 to connect to a whole host of other other devices and accessories such as cameras, external storage and 4K displays.

Cameras get an upgrade too, with added Center Stage support. Center Stage, a feature on the iPad Pro which allows the camera to dynamically pan and reframe subjects will now be available on the iPad mini 6 – which now offers a 12Mp Ultra Wide front camera with a 122-degree field of view. It’s a big step up from the 7Mp offered on the Mini 5.

The new iPad mini also supports the second-gen Apple Pencil, which attaches to the device magnetically for wireless charging and pairing.

The iPad mini 6 operates on iPadOS 15, which released in developer beta form on June 7, 2021 and public beta in July.

The new iPadOS improves the experience of widgets on the home screen, with both more to choose from and a larger display format on iPad. Because this means some of your frequently used apps might get pushed to secondary home screens, Apple is also introducing an App Library that is accessible from the Dock.

At the top of the screen, you can tap to access a new multitasking menu, offering options for Split-Screen and Slideover, and new keyboard controls also support these features. 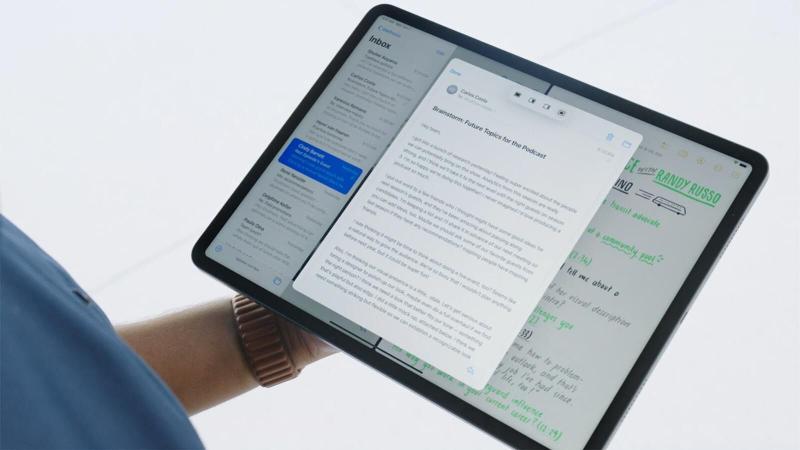 Quick Note brings Notes system-wide. Using Apple Pencil you can swipe in from the corner of the screen in any app to quickly scribble down a note, then swipe it away when you’re done. QuickNote will also be available on macOS and accessible on iOS. 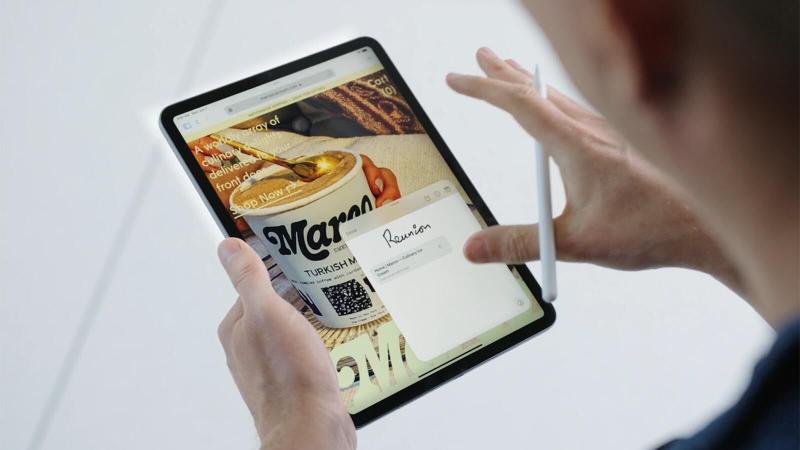 Also interesting is Swift Playgrounds support that lets developers build, test and even submit for approval iPhone and iPad apps from iPad itself, plus privacy enhancements to Siri that enable on-device voice recognition.

Read more about iPadOS 15 in our dedicated article.

Take a look at our iPad buying guide and roundup of the Best iPad deals.

For in-depth analysis and testing of the current mini model, read our iPad mini (2019) review.

For more information about what Apple will launch in 2021 read: New Apple products guide to what’s coming out in 2021