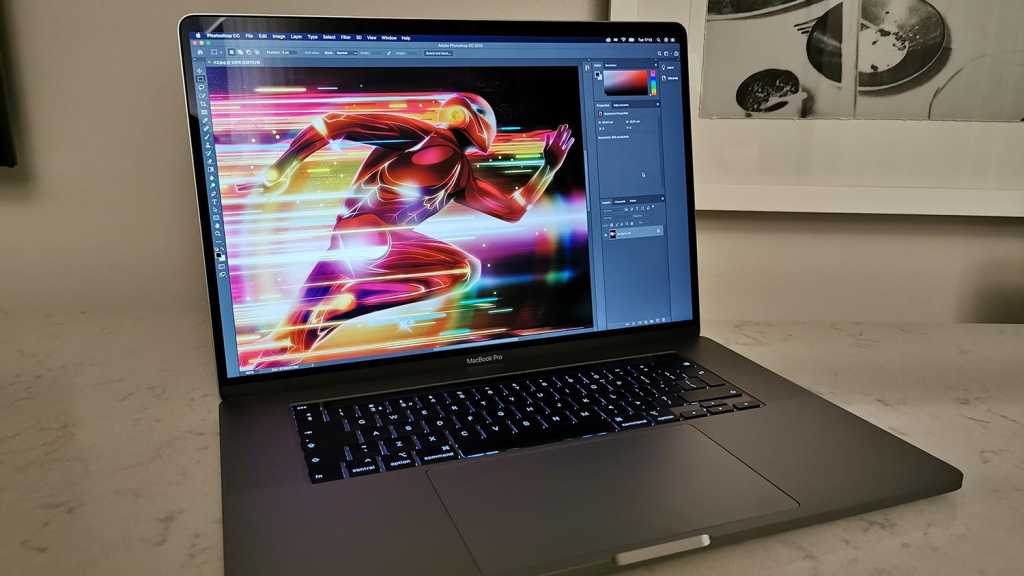 Apple updated its entire MacBook Pro laptop line-up earlier in 2019, among other things adding 9th-gen Intel Coffee Lake refresh processors (with up to 8 cores) to the 15in models. But that didn’t stop the rumour mill from whizzing, and sure enough the company has today announced that yet another MacBook Pro update is here.

It’s the first new MacBook Pro size since 2006: a comparatively whopping 16in model that completely replaces the 15in option (which seems a little harsh on those who upgraded earlier this year). You’ll still be able to buy the 15in model from other vendors, and from Apple’s refurbished store, but the company won’t sell new ones any more.

In this article we round up everything you need to know about the 16in MacBook Pro, from its design, specs and new features to the pricing and when you’ll be able to buy it.

The new 16in MacBook Pro was announced on 13 November 2019. You can pre-order it right away from the Apple Store, but expect delays before you actually get hold of your machine. At time of writing the UK site is quoting delivery on 26-28 November, but that will slip as people start cracking open their wallets.

Those who remember the 17in MacBook Pro – discontinued in 2011 – might be worried about this device’s bulk, but you don’t need to. The 16in is only a touch larger than the 15in, thanks to slimmer bezels around the screen. It’s less than 1mm thicker than its smaller cousin, and when the two machines are folded down there’s not much in it for size and weight. 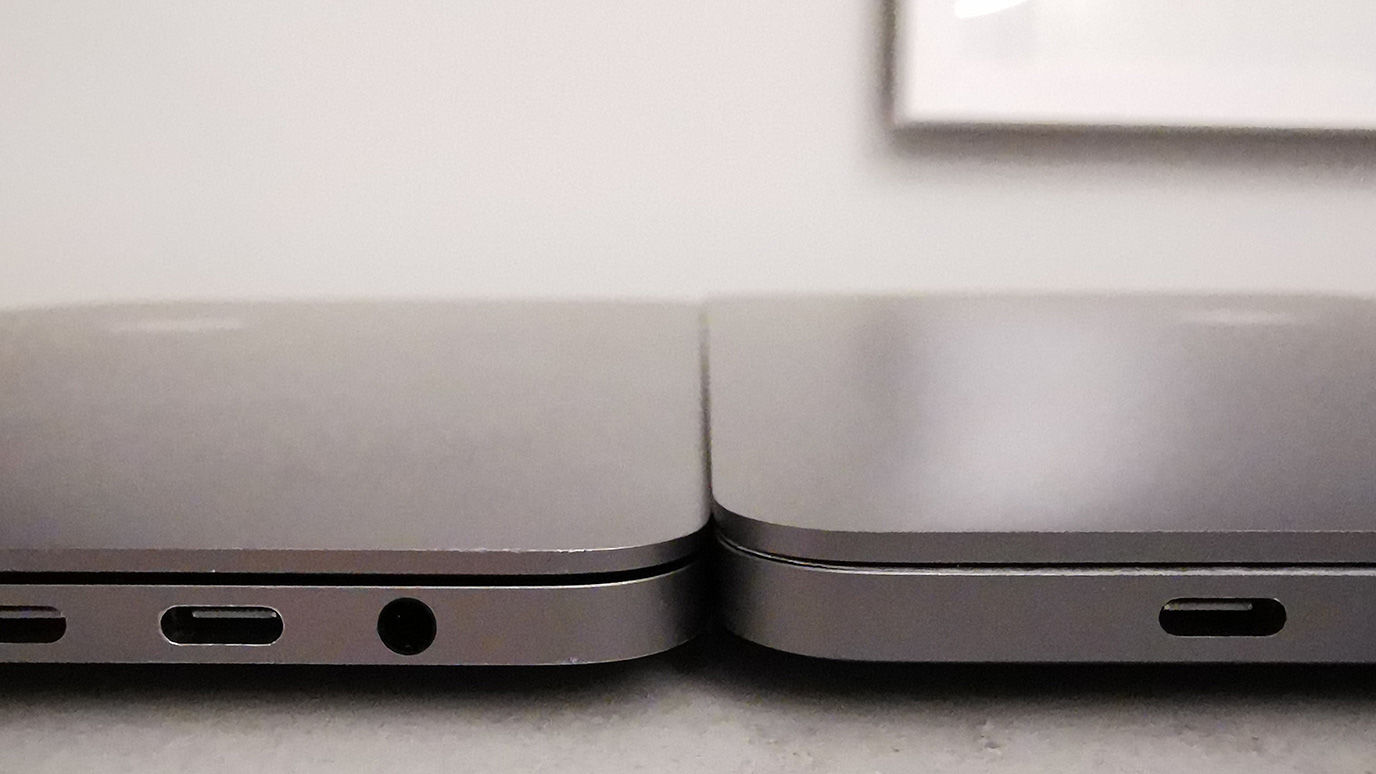 A significant change to the design concerns the keyboard. Our reviewer found this a definite improvement on recent generations of MacBook Pro, noting that it was very comfortable to type on, with deeper travel on the keys. These use the scissor mechanism; Apple says the Magic Keyboard from the iMac Pro – and its own studies into ‘human factors’, whatever that means – was its inspiration here. Regardless of the process it appears to have done a good job.

The arrow keys are laid out differently, which again seems like a sensible approach but may still cause mixed feelings. Apple has gone back to the ‘inverted T’ layout, rather than having the arrows in a block; the inverted T is probably easier to use, but this change could be frustrating if you’ve got used to the block. 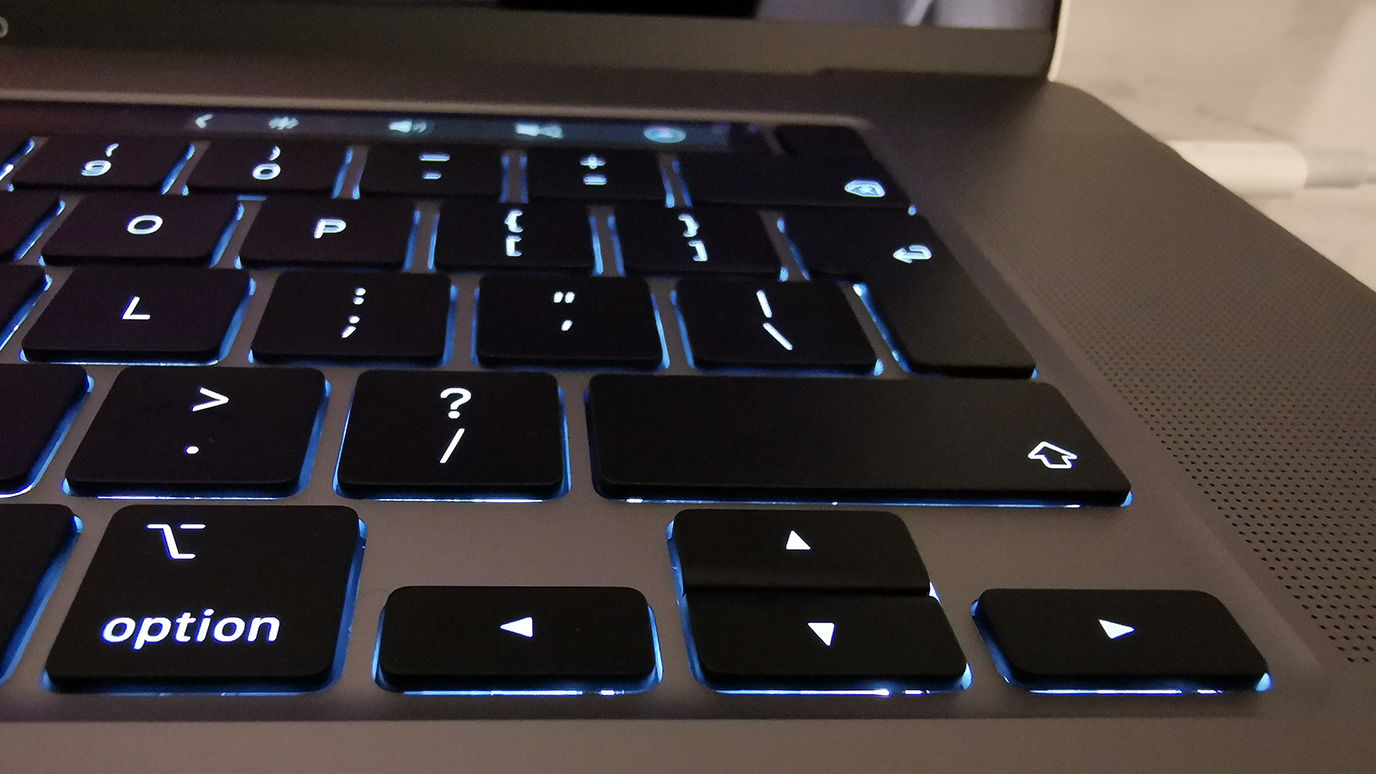 There’s a Touch Bar above the keys, but this too has been changed a little from previous generations. The Escape key is an actual, hardware key now, which means it’s always there rather than appearing when macOS thinks it’s contextually appropriate – apparently this was one of those ‘by popular demand’ decisions, and it makes sense to us. The Touch ID sensor on the other end has also been separated from the main bar. 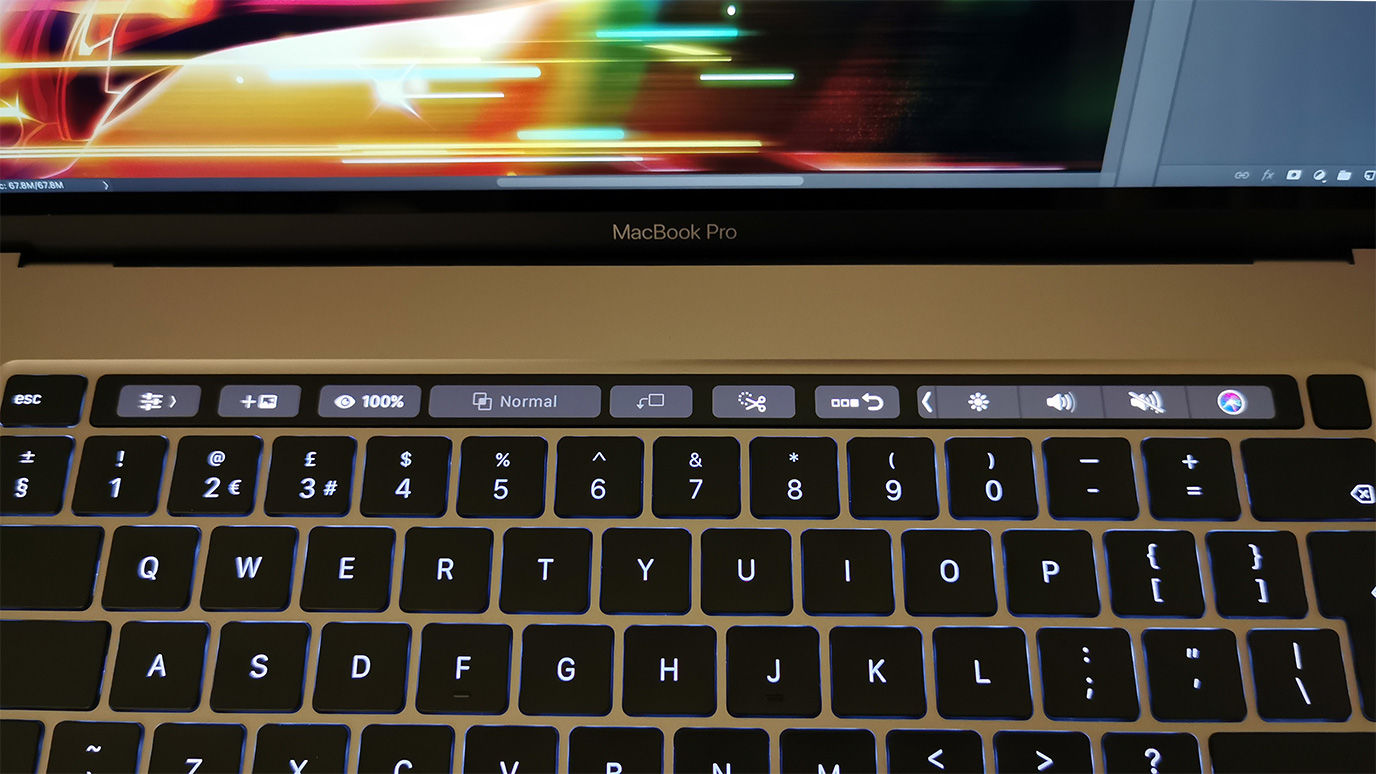 The screen is bigger – obviously – than the one on the 15in Pro, but in other respects it hasn’t changed as much as you might expect.

It’s still not 4K, for one thing; Apple says adopting a lower resolution of 3,072 x 1,920 is worth it for the benefits you’ll see in terms of battery life. Still you are getting 13% more pixels than on the older Pro (it’s now 5.9 million) purely because of the extra screen space. The colour gamut hasn’t changed, with Apple going for the DCI-P3 standard rather than Adobe RGB.

The screen can output 500 nits of brightness.

Specs-wise, the 16in offers a lot of the same components as the last 15in model, although Apple says the tweaked arrangement of these improves airflow and consequently allows for faster performance. The company claims to offer a 35% larger heat sink and 28% more airflow, all of which allows for an additional 12W of power.

The Pro now allows you to upgrade as far as 64GB of 2666MHz DDR4 RAM (16GB is standard) and 8TB of SSD storage, and there are new AMD Radeon Pro 5000M series graphics.

The Pro comes with a 100Wh battery – that’s 16 more Watts than the previous system. Apple quotes a battery life of 11 hours.

There are six speakers, including woofers, and a studio-quality 3-mic array. Apple says you should experience 40% less hiss.

For more information on Apple’s laptop range, check out our MacBook buying guide.