Back at WWDC 2019 Apple surprised onlookers with the news that the iPad was ditching iOS in favour of iPadOS. Currently in beta, the final version arrived on 24 September 2019.

While it may look similar to iOS 13 on the surface, iPadOS brings a range of new features to iPad users, some of which will make the experience a little more Mac-like. Here’s everything you need to know, from release date and beta details to the headline features of Apple’s tablet-focused OS.

In this article we’ll run through the new features in iPadOS, which iPads will run it, and whether it gives us any clues about Apple’s plans to bring iOS to the Mac.

iPadOS was released on 24 September 2019, five days after iOS 13. It was originally slated for a 30 September launch but for undisclosed reasons it’s been brought forward – which is great news for iPad gamers who can’t wait to get started on Apple Arcade.

Apple’s likely to issue updates to iPadOS over the coming months, these could introduce new features and bug fixes. As soon as we learn of any we will list them here.

If you haven’t yet installed the iPad software update, here’s how to install iPadOS.

Should I install iPadOS?

Good question. Apple released an update to iOS 13 shortly after iOS 13 was launched due to a few bugs and a security flaw. Those issues should have been addressed in iPadOS, so it should be safe to upgrade, but we always advise some caution.

Which iPads are compatible with iPadOS?

While many thought iPadOS would be limited to Apple’s ‘Pro’ tablets, it’s compatible with quite a few devices. If you have an older iPad it might be a good reason to upgrade. Read: Which iPad should I buy. Or you could check out the latest iPad deals – we’ve seen some great discounts on 2018’s iPad, for example. 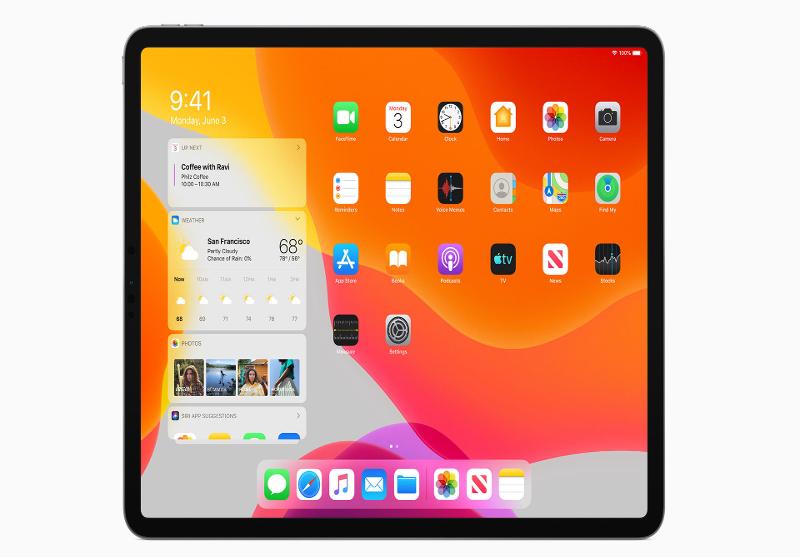 Find out which iPads will get iPadOS here.

A lot of the features in iPadOS are the same as those in iOS 13 – but there are many more features that will enhance your existing iPad considerably – or give you a reason to upgrade. Here, we explain the key features of the new operating system.

iPadOS features at a glance:

We’ll go into a bit more detail about some of these features below:

The upgraded gesture support looks to vastly improve the iPad workflow, especially for those using the device for work and education purposes. 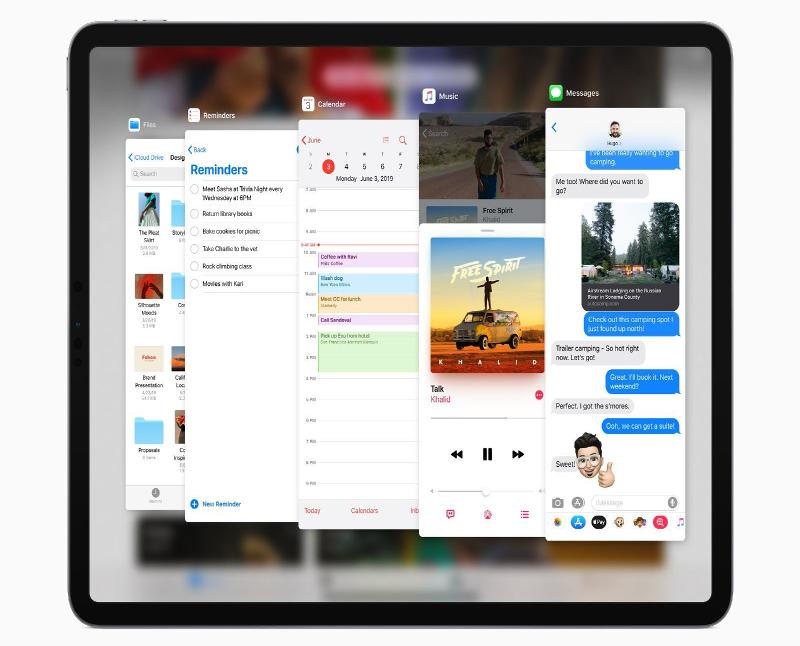 The gestures in iPadOS are further enhanced by changes to Slide-In and Split-Screen, with the latter now supporting multiple windows from the same app. This allows you to read one Note while editing another, or compose an email while reading an article on Safari.

If anything has been turbocharged in iPadOS, it’s Safari. The highlight is desktop website support, allowing you to access full websites (automatically optimised for touch input) when browsing on an iPad. This makes the iPad fully compatible with popular sites including WordPress and Google Docs.

You’ll also be able to organise file downloads via Safari’s built-in Download Manager, and the introduction of 30 new keyboard shortcuts should make using the browser much quicker too.

Files has also had an upgrade in iPadOS. You’ve got access to an all-new column view, bringing a macOS-inspired File Preview with it. You’ll be able to quickly view photos and videos, access Quick Actions to rotate images, convert documents to PDFs and view metadata with a tap.

You’ve also got the option to share folders in iCloud Drive and add files via SMB, USB sticks, SD cards and other USB-C/Lightning-enabled accessories, bringing the capabilities of the iPad closer to that of a traditional laptop. 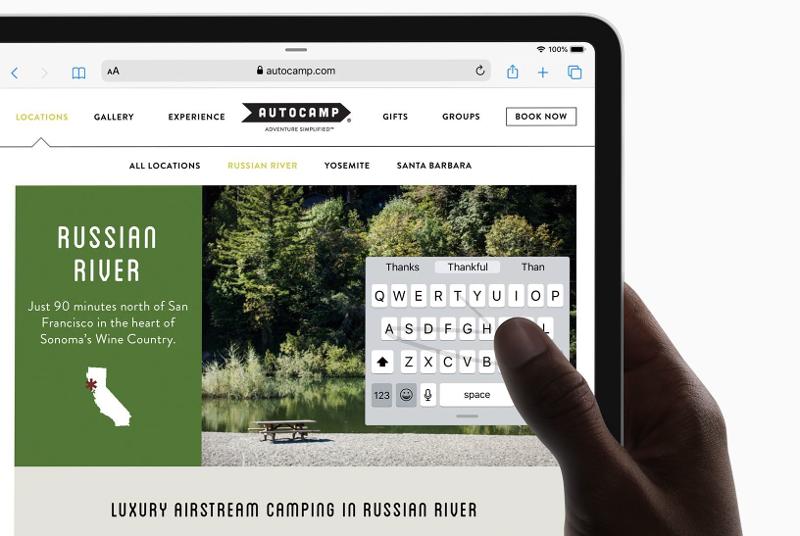 The iPad’s on-screen keyboard has sorely needed love for some time, and it finally got the TLC it needs with iPadOS.

As well as being able to type by swiping from one letter to another – just as you can on iOS 13 – you can also pinch the keyboard to shrink and move it wherever you want on-screen, making one-handed use a breeze while also providing more screen real-estate for your apps.

Rather incredibly, Apple has managed to reduce the already-impressive 20ms latency of the Apple Pencil down to 9ms, providing a more natural drawing experience for creatives that use Apple’s high-end stylus.

There’s a host of other Apple Pencil-specific features on offer too, like quick access to mark-up, a redesigned Pencil toolkit and PencilKit, allowing developers to offer Apple’s suite of Apple Pencil tools within third-party apps. 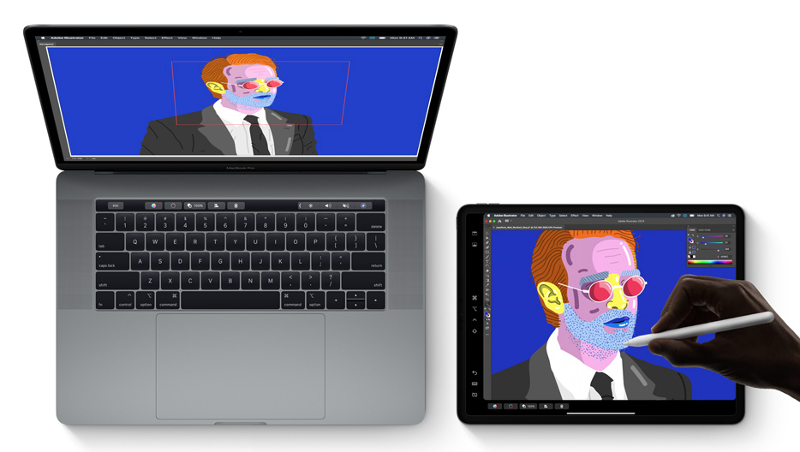 If you’ve got a Mac running macOS Catalina (due out in October) then you’ll be able to take advantage of the new Sidecar functionality, allowing your iPad to double up as a second display without the need for wires.

It’s a must-have for MacBook owners, as it can almost double the size of the display, but the benefits go beyond simply displaying information on a secondary screen. In fact, Sidecar offers Apple Pencil support, allowing you to ditch your dedicated stylus setup and use your tablet and Apple Pencil to draw naturally on your Mac.

While this isn’t for everyone, designers and creatives in general will be happy to know that iPadOS supports custom fonts, allowing you to use a range of previously-unsupported fonts to create gorgeous graphics and documents. It’ll be easy to install them too, with a dedicated section coming to the iPad’s App Store.

And of course, iPadOS comes with all the headline features of iOS 13 including Dark Mode, a redesigned Photos app, the Apple ID sign-in option for third-party apps, enhancements to AR, custom Memoji in the Message app and a whole bunch more.

Does this mean that the Mac and iPad are merging?

Apple has always said that it has no plans to merge iPad and Mac. Apple CEO Tim Cook once compared such devices as being like a Toaster-Refrigerator, suggesting that it’s better to do one thing well, rather than try to merge two very different functions.

Despite this, Apple is bringing even more macOS-like features to the iPad with iPadOS. These improvements will make the iPad more suitable for work related tasks, for example, being about to have more than two documents open in Pages at once, and being able to download content from the web.

These are features that will improve the credentials of the iPad as a replacement for your Mac, maybe even making it feasible that you could replace your Mac with an iPad.

Rather than MacOS on an iPad though, we might see iPadOS on a Mac. There are rumours that Apple is working on a new Mac, perhaps a replacement for the now discontinued MacBook, which will use an Apple-made ARM processor and could run this iPadOS. Read more about that here: Apple’s plans for an ARM-powered MacBook.

Apple isn’t exactly merging Mac and iPad but it certainly is paving the way for a new device that could take the best of both worlds.