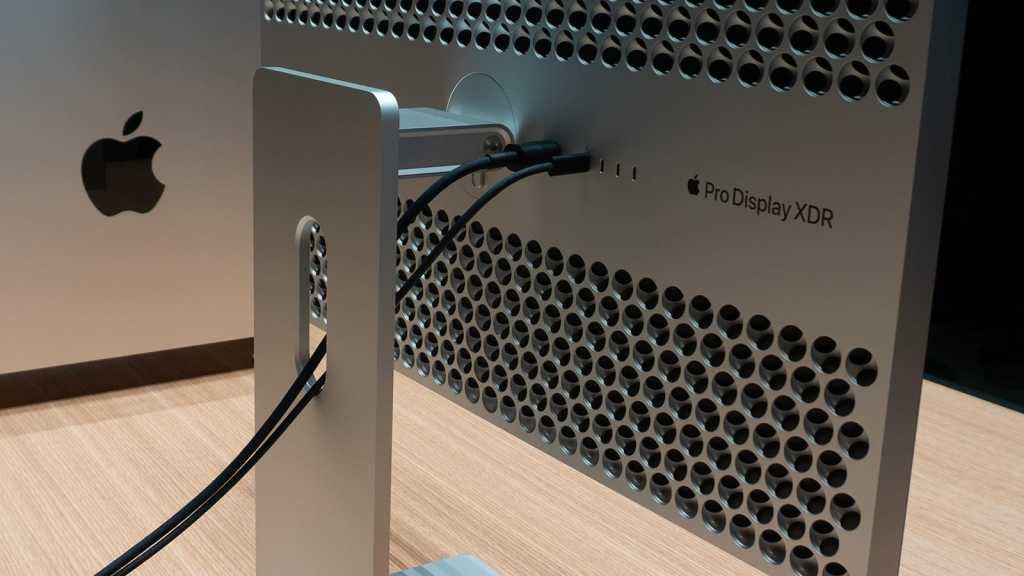 Apple has unveiled a new Mac Pro and the sumptuous  Pro Display XDR 32in 6K monitor to go with it. But there is some confusion about what comes in the box, and whether the display comes with a stand.

If you check the ‘In the Box’ section of the XDR’s specs page, you’ll see that you get only four things in total; one is the monitor, two are cables, and one is a polishing cloth. 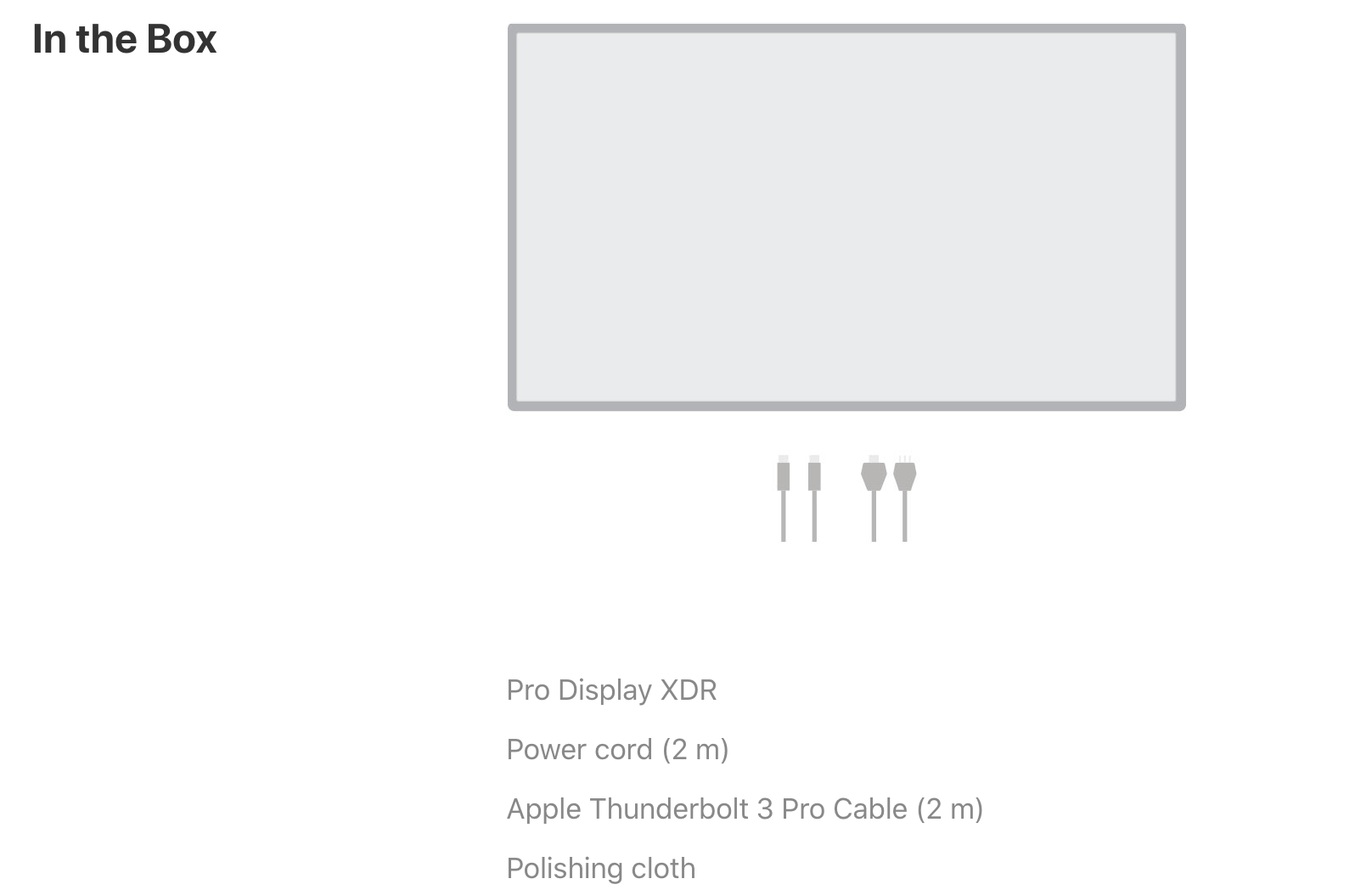 There is a feeling among some commentators that this is a bit of a swizz: that Apple has some brass neck to be asking a grand for a stand when you’re already paying $5k (or more) for the thing it sits on.

Of course, if Apple bundled the stand with the monitor, the price would realistically be higher for everyone – and not everyone needs it. Many production studios (which we have to keep reminding ourselves are the target market, not consumers) will already have a compatible mount, and will just need the VESA adapter to attach this new display to a wall fitting they already own.

We do agree that a thousand bucks does seem like a lot of money for a height-adjustable stand, and £189/$200 is a lot for the adapter – but at least you just pay for the one you need rather than Apple increasing the price of the Pro Display and forcing you to purchase the stand if you don’t need one.