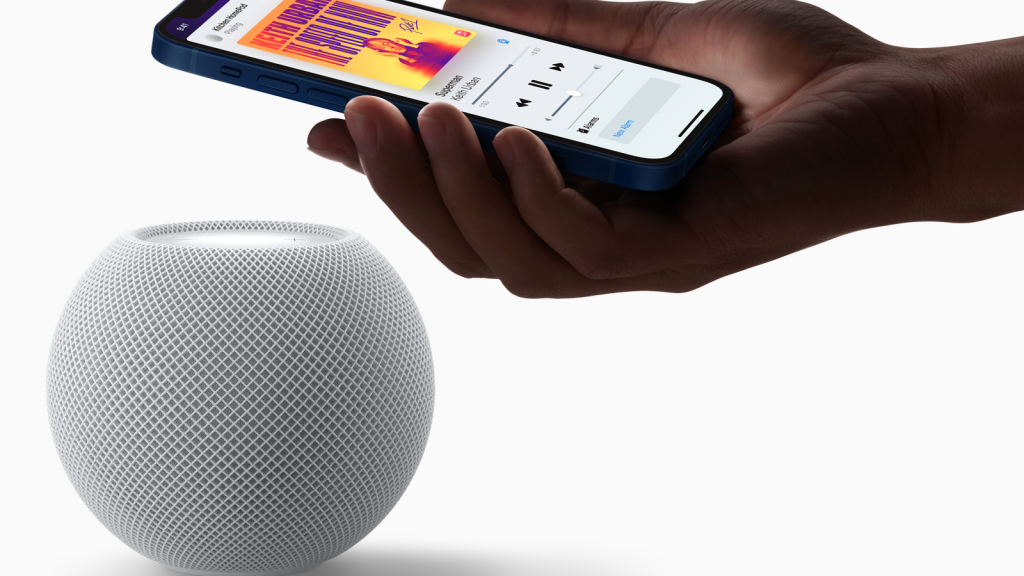 The HomePod and HomePod mini – well, now just the HomePod mini since Apple discontinued the original – are Apple’s smart speakers, taking on the Amazon Echo, Google Home and various other AI-equipped music-and-more players.

Like the incredibly popular Echo, both HomePod models can play music and perform various useful functions, such as tell you about the track that’s playing, set timers, search for and relay information found on the web, read your text messages, set calendar appointments, and a lot more.

One of the great things about the HomePod is the fact that Apple keeps regularly updating the software and adding new features. As a result Apple’s smart speaker has a lot more going for it than it did at launch back in 2018. First we will look at the new features coming later this year, before we run through everything the HomePod can do thanks to the subsequent updates it’s seen.

You can choose to Install Updates Automatically here by tapping on the slider so that it is green.

We offer more advice about how to install a Homepod update here: HomePod software: how to update and get new features.

iOS 15 will arrive on 20 September and with it the following HomePod updates:

Apple updated the software for the HomePod and HomePod mini in January 2021.

New features are primarily aimed at users of the HomePod mini:

Read about the other updates that arrived in January 2021:  New software for HomePod, Apple Watch, Apple TV and iPad

When iOS 14.3 arrived it just bought some bug fixes.

iOS 14.2 arrived in November 2020 and bought the following HomePod features:

Read about the other updates that arrived on 5 November 2020: Apple updates iPhone, iPad, HomePod, Apple TV and Watch.

HomePod features that arrived in iOS 14.1

HomePod features that arrived in iOS 14

iOS 14 added a number of new features to the HomePod including the option to choose a third-party music streaming service, such as Spotify, as your default, and improved integration with the Apple TV and HomeKit.

It was already possible to play music from Spotify on the HomePod, but this had to be done via AirPlay. We explain how to listen to Spotify on HomePod here.

The new feature means that Spotify and other services such as Pandora will work with HomePod so you will be able to set them as your default music service and use Siri to control playback, rather than stream the music to the speaker via your iPhone. Users will also be able to replace Apple Books for audiobooks options such as Kindle.

The new software will also bring better integration with HomeKit (Apple’s software framework for controlling household appliances). For example, if someone rings your doorbell and you have a HomeKit camera you will get an announcement on the HomePod that will tell you who is at the door, based on the Faces you have attributed to people in your Photos.

HomePod features that arrived with iOS 13

It was expected that the HomePod would gain a number of new features with the arrival of iOS 13 in September 2019, however, these new features weren’t available for launch. Instead, some arrived in mid October 2019, while others arrived later that month.

When iOS 13.2 arrived on 28 October 2019, the HomePod gained the following features:

When iOS 13.3 arrived on 10 December it bought the following features and improvements:

Features that arrived with iOS 12

Features that arrived with iOS 11

When Apple launched the HomePod in February 2018 it was generally praised as a decent speaker, but with competition from Amazon and Google’s smart speakers, the HomePod’s less impressive AI left it at a disadvantage.

Most of the criticisms focused on what Apple’s intelligent assistant Siri couldn’t do on the HomePod. The limitations of Siri on the HomePod were highlighted by the fact that on other devices Siri was much more capable. However, some of these criticisms were a little unfair, as we found when we compared the HomePod head to head with the Google Home and the Amazon Echo.

At launch the HomePod could do the following: (Here’s how to use HomePod)

HomePod isn’t just a speaker, it has some pretty nifty technology on the inside that means it’s able to produce high quality sound, maximises the bass without distortion, and use the A8 chip (as seen in the iPhone 6 and 6 Plus) to analyse the space in which it is situated, so that the audio output is suited to the surroundings.

Want to update the software on your HomePod, here’s how.

For more information read: HomePod tips and What to ask Siri on HomePod. Plus read our round up of HomePod with screen rumours.