We have been looking forward to Apple launching the 2020 version of the MacBook Air. The 2019 update to the MacBook Air in 2019 was a disappointment as the only change that came with that update was a slight improvement to the screen (the addition of True Tone) and a price drop from £1,199 model to £1,099.

There are two MacBook Air models and only the entry-level Air has had its price reduced. However, there is a bigger gap between the two Mac laptops following this update, that will go some way to justify the £300 price difference.

What is the difference between the 2020 MacBook Air 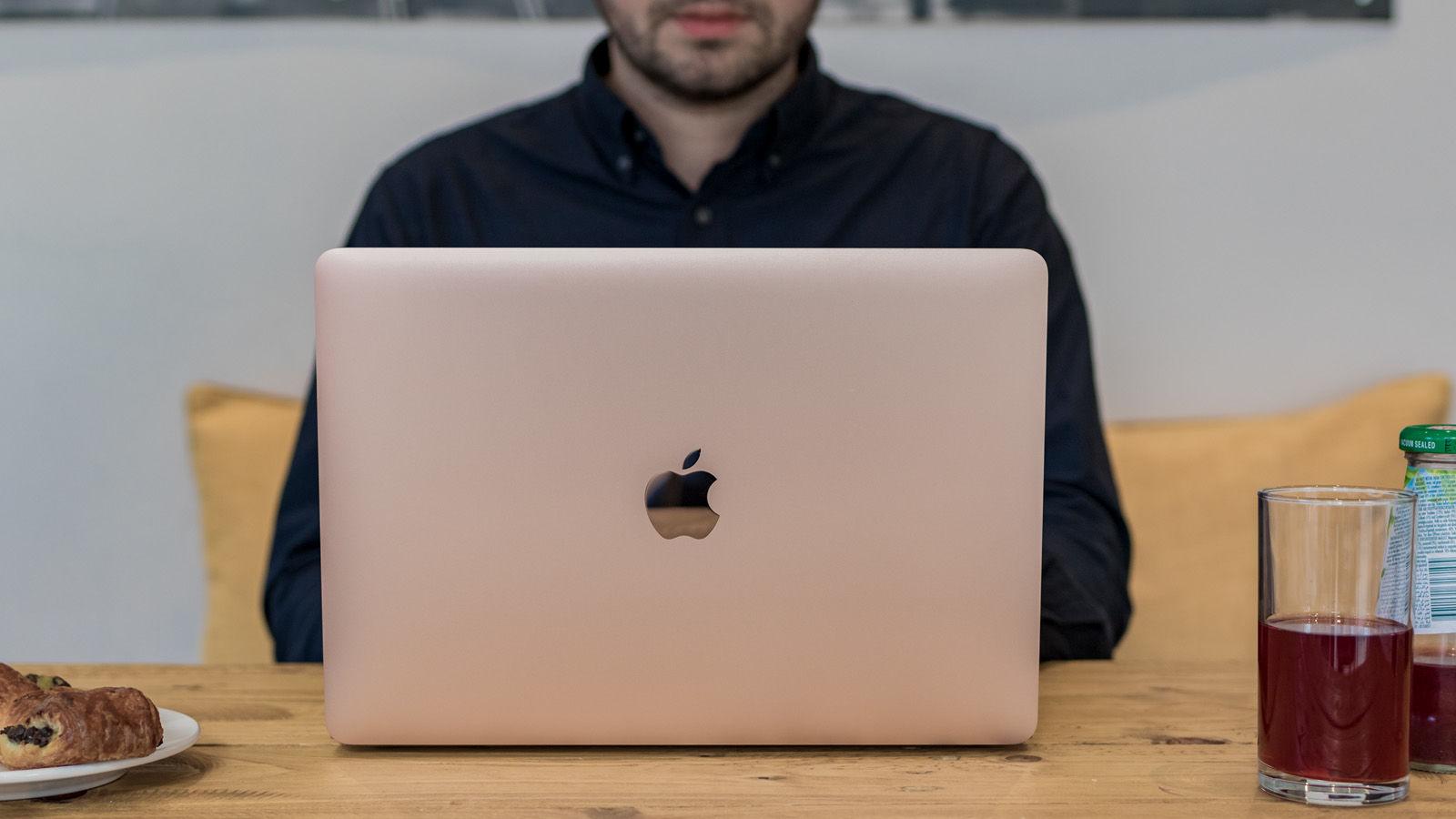 In 2019 the only difference between the two different MacBook Air models was the amount of storage. The extra storage was the only reason to choose the £200/$200 more expensive model.

The price difference has widened in 2020, but the gap between the two models has also grown. Here’s how the two MacBook Air models for 2020 compare:

As you can see from the above specs, the big difference is that the entry level model has a Dual-core i3 processor, while the more expensive model has a Quad-core i5 processor.

You might see that both Macs have a 1.1GHz and think that means the processor is the same but there’s a big difference. The quad-core model essentially offers four 1.1GHz i5 processors, rather than two. But don’t assume you need four processors. You may find the Dual-core processor perfectly adequate for your needs.

You can buy the MacBook Air from Apple here or check out our round up of the best MacBook Air deals if you want to get a bargain.

As outlined above, there are various differences between the two MacBook Air models for 2020. But the two models share a lot of the same specs.  The big question is how these specs compare to the 2019 MacBook Air.

In fact, Apple claims to offer the following improvements compared to the previous generation:

In 2019 the MacBook Air offered the following specs:

Below we will look at the new specs in more detail, but before we do, there is one other significant difference between the 2019 and 2020 MacBook Air. 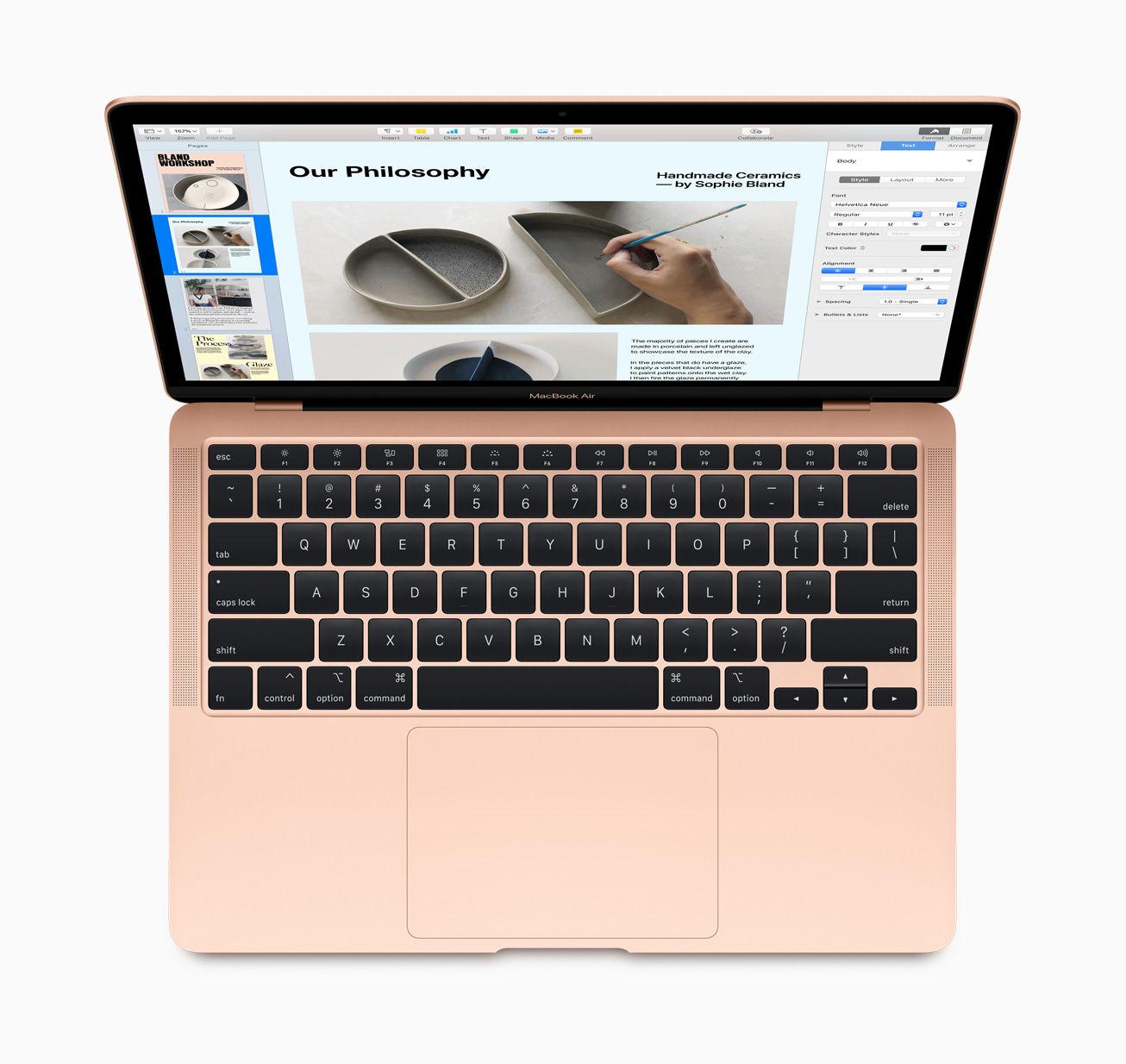 It’s no surprise that the 2020 MacBook Air offers an improved keyboard (in fact the only real surprise is that the 13in MacBook Pro doesn’t yet).

The new MacBook Air has gained the same scissor-switch keyboard design seen on the 16in MacBook Pro that launched in November 2019. That keyboard design was itself based on past Mac laptops and the Magic Keyboard that ships with the iMac. Probably the only thing that really matters is that the new keyboard design replaces the butterfly mechanism design used for Apple laptop keyboards since around 2016.

The butterfly mechanism enabled Apple to make the keyboard (and therefore Mac) slimmer but it seems that the design caused problems with dust getting trapped under keys and requiring expensive repairs. Read all about those MacBook keyboard problems here.

Apple has admitted to the issue and offered free repairs to those affected, but the well-publicised keyboard-related problems will no doubt have prevented some sales of Mac laptops. This is something Apple will have been keen to rectify.

Based on our experience with the 16in MacBook Pro we expect that the new MacBook Air keyboard will not experience the flaws associated with the older model – and there were more complaints than the trapped dust issues. Our reviewer of the 16in MacBook Pro had a lot of praise for the new keyboard design, writing: “It’s softer on the fingers, and if you had sore fingers after a long typing session on the butterfly keyboard (like me), you won’t have that experience on the Magic Keyboard.”

The 2018 and 2019 MacBook Air models both featured Intel’s 8th Generation dual-core Coffee Lake CPU. For 2020 Apple has jumped to the 10th generation Intel processors and in doing so brought a quad-core processor to the MacBook Air.

Apple is late to using the 10th generation chips – many of its competitors (Acer, Asus, Dell, Lenavo, HP and so on) have already introduced 10th Ice Lake generation processors. Many other laptops (and all other Mac laptops) were already featuring quad-core or better processors as well.

But does the MacBook Air need a faster processor with more cores? Perhaps the user base doesn’t have a great need for multiple processors. This is likely the reason why Apple has kept the entry-level model as a Dual-core processor with an even lower price.

The 2019 MacBook Air featured the integrated Intel UHD Graphics 617. For 2020 this has been boosted to the Intel Iris Plus Graphics.

These new Iris Plus integrated graphics ship with the 10th generation Intel chips so the improvement is expected.

Previously it shipped with 8GB 2133MHz LPDDR3 memory as standard.

Right now the Apple Stores are all closed due to Coronavirus, however, you can order a new MacBook Air online here.

Delivery is currently listed as from 6 April.