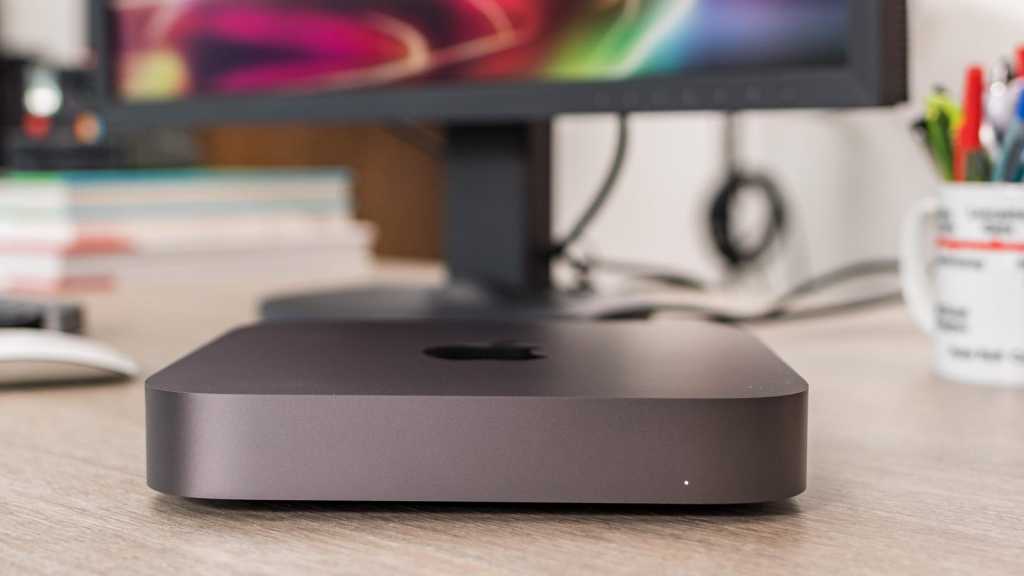 Apple already had a Mac mini powered by an Apple processor – after WWDC in June it seeded some Mac mini’s with A12 processors to developers so that they could use them to work on the apps they were transitioning to Apple’s silicon. But now Apple has released a new Mac mini powered by Apple’s M1 chip – the first Apple silicon processor made for Macs.

There are two new Mac mini models as of 10 November 2020. Both offer the same 8-core CPU combined with an 8-core GPU and Apple’s 16-core Neural Engine. Both models also offer 6GB RAM – upgradable to 16GB.

You’ll notice that Apple doesn’t refer to the clock speed any more, instead focusing on the number of cores (for the new Silicon MacBook Air there is a 7-core version and a 8-core version).

On the back of the new Silicon Mac mini you will still find two USB A ports, an Ethernet port, and HDMI 2 port, and 3.5mm headphone jack. New to these models are two Thunderbolt/USB 4 ports.

Below we’ll examine the various components in a bit more detail, based on what Apple revealed in the 10 November event at which the company also unveiled a new MacBook Pro with M1 chip. 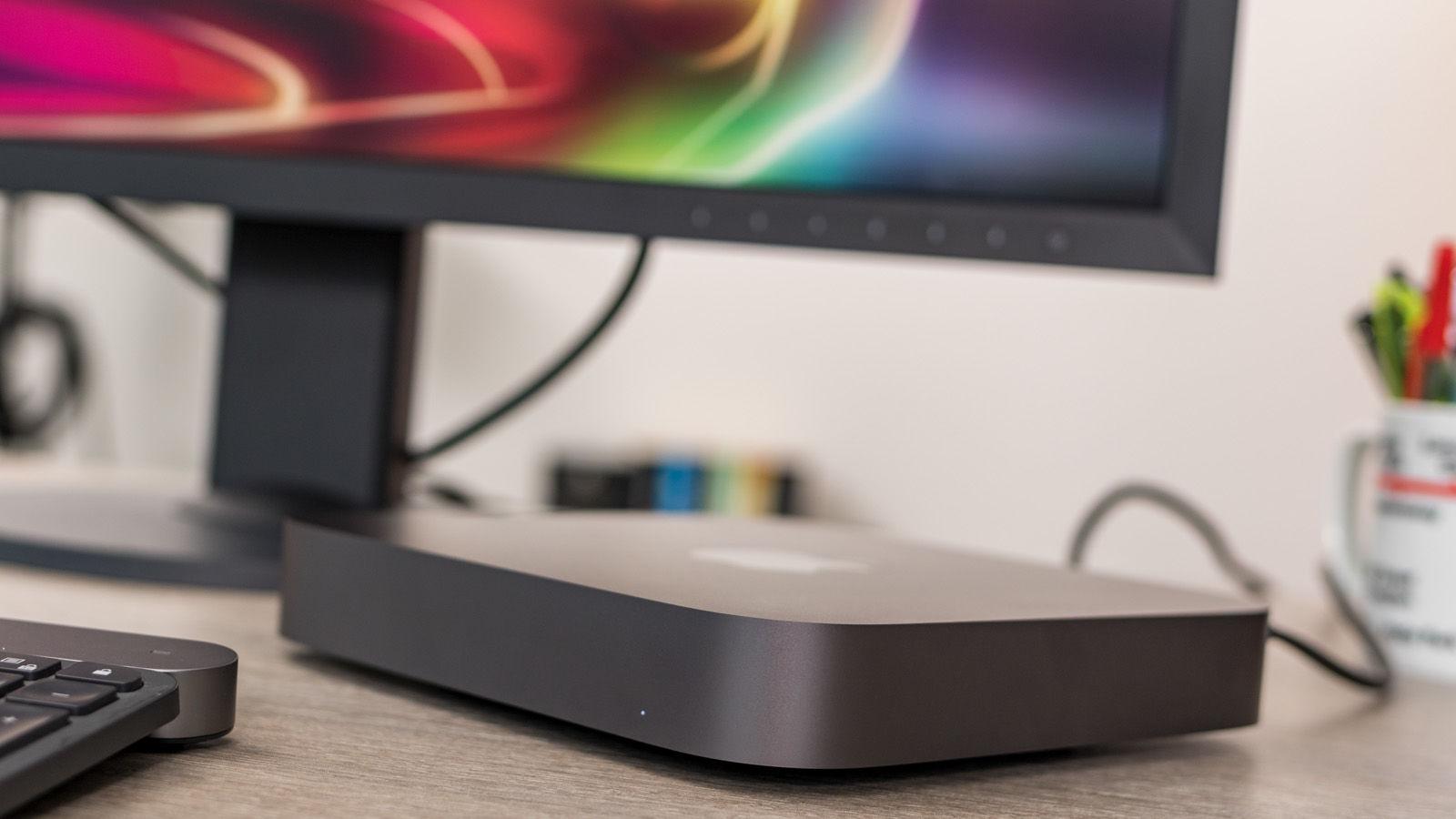 You can pre-order them on Apple’s website now. Delivery is estimated at 17 – 18 November in the UK (4-5 business days in the US) according to Apple.

We also have some great discounts on the Mac mini in our Mac mini deals round up.

Below we will go into more detail about the new M1 chip and other specs for the new Mac mini, before we do we’ll discuss any problems we learn of.

We have heard of users who have had problems restoring an M1 Mac after reformatting it. If you encounter this issue, Apple has published tips on how to recover the new M1 Macs. Read more here: M1 Macs can’t be restored after SSD erasure – Apple issues fix.

The M1 is the first Apple Silicon chip designed for the Mac and it actually features in three new Macs: the Mac mini, MacBook Air, and the MacBook Pro.

In the 10 November event Apple talked about how its system on chip (SoC) is capable of dramatically improved performance and efficiency because of the way it combines powerful technologies onto one chip. Put simply, in the past Macs (and PCs) used multiple chips, one for the CPU, one for the I/O, one for security, and so on. Now all these technologies are combined into a single SoC. This integration means that greater performance and power efficiency can be achieved.

This it made even more efficient by Apple’s unified memory architecture which combines high-bandwidth, low-latency memory into a single pool.

Once combined with the four high-powered cores Apple claims “incredible compute power for the most demanding tasks” while delivering “the world’s best CPU performance per watt”. Early benchmarks for the MacBook Air are promising so we have high hopes for the M1 Mac mini. 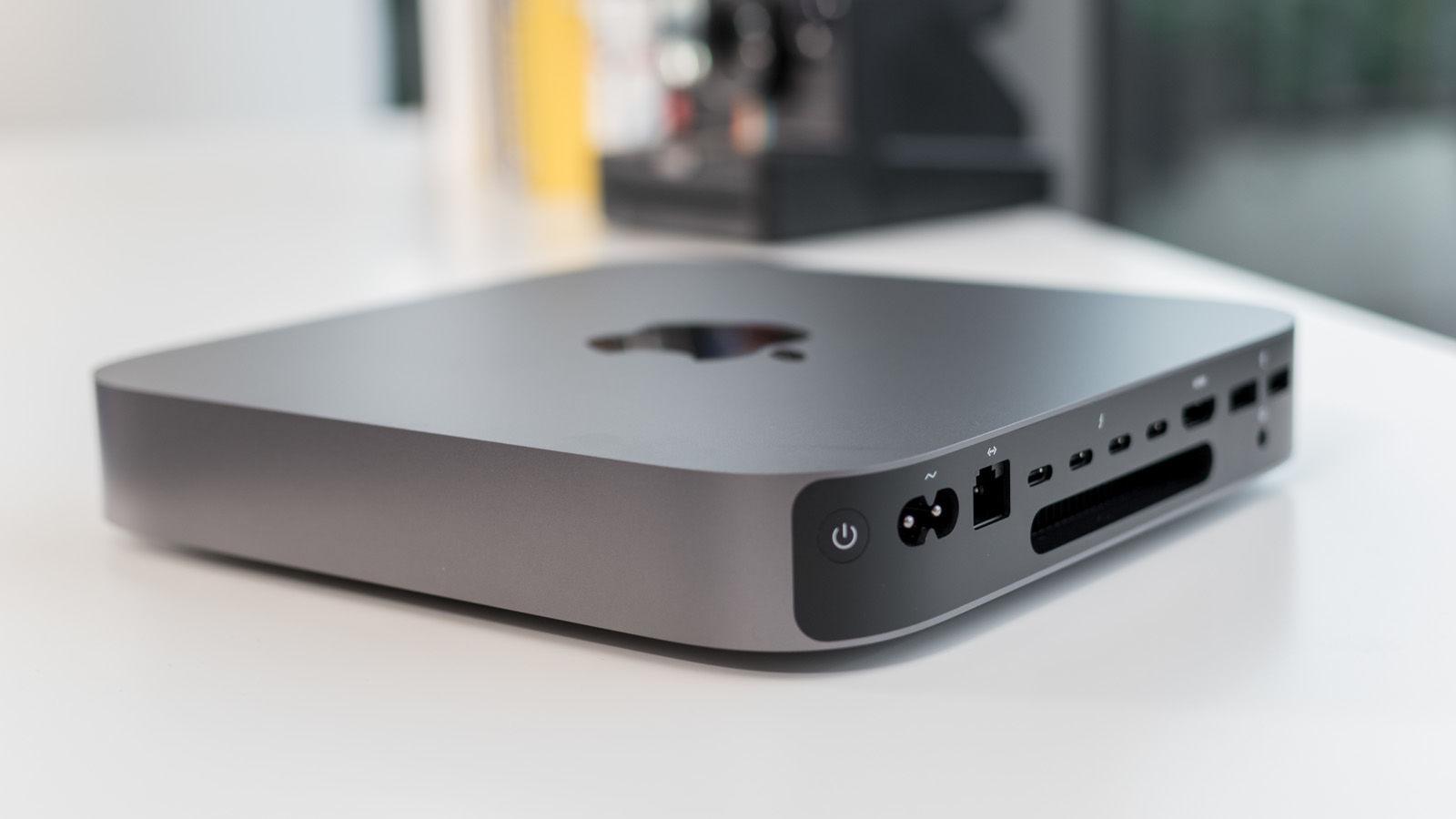 We examine what Apple Silicon could bring and how it will compare to Intel here: Apple Silicon vs Intel. You can also read more about Apple’s processor plans here.

It’s been a long time since the Mac mini shipped with a discrete graphics card. Apple has been using integrated Intel graphics for some time. The new M1 Mac mini will feature Apple’s own graphics solution.

Apple is describing it as it’s most advanced GPU. The Apple GPU features up to eight cores capable of running nearly 25,000 threads simultaneously, and it boasts 2.6 teraflops of throughput, according to the company.

The M1 chip brings the Apple Neural Engine to the Mac, which will accelerate machine learning tasks.

The Neural Engine offers a 16-core architecture capable of 11 trillion operations per second. Apple says that the Neural Engine in the M1 “enables up to 15x faster machine learning performance.”

The Mac mini design hasn’t changed at all in many years, despite the fact that Apple could easily make it smaller. In fact, YouTuber Brendon Geekabit unscrewed the Mac mini and was amazed to see how empty the case is. He looked inside the Mac mini and found that the case is empty.

Apple’s new macOS Big Sur is optimised to work with the M1 chip – now Apple really makes both the hardware and the software. As a result Apple is promising a lot of improvements to the user experience such as a speedier Safari (up to 1.5x speedier at running JavaScript and nearly 2x more responsive), and the Mac will instantly awake from sleep.

Apple reassures that existing software will work on Apple Silicon, due to the inclusion of Rosetta 2 which will translate it to run on the new architecture. In addition – in theory – any iOS app should be able to run on the Mac, we just need the developers to put in a apparently small amount of work to get their iPhone and iPad apps Mac ready.