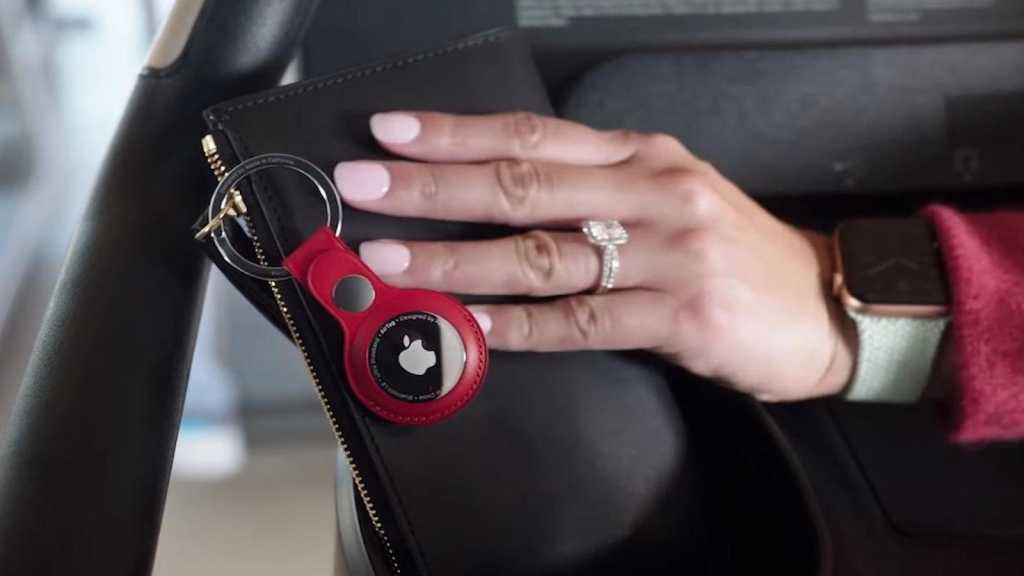 It’s been obvious for months, years even, that Apple has been working on a new category of product: a wireless tracking tile called AirTag. The AirTag finally launched at the Spring Loaded event on 20 April.

You’ll be able to attach an AirTag to your wallet, keys and other important items and then track them in your Find My app, just as you can currently track the location of your iPhone, Apple Watch and MacBook. For ideas of how to use your AirTags read What to use AirTags for.

In this article we discuss when AirTags will become available to buy, what they will look like, and how they will work.

We’ll also discuss the news that Apple’s Find My app will soon find other third-party products.

AirTags were announced at Apple’s spring launch event on 20 April 2021. They’ll be released on 30 April, but you can pre-order then now. Pre-orders began on 23 April.

You can pre-order your AirTag on Apple’s website now.

You can expect delivery on the day they go on sale: Friday 30 April.

AirTag is a discreet little tile that you place in or on your possessions to make it possible to find them when you do not know where they are. It could help you find your wallet somewhere in your home when you do not remember where you put it, or it could mean you are reunited with a bag you left on the bus.

AirTag is supported by Apple’s Find My network which consists of all iPhone and other Apple gadgets that have been released in recent years and have been updated to at least iOS 14.

The AirTags are round and lightweight, in precision-etched polished steel. They are IP67 water- and dust-resistant. 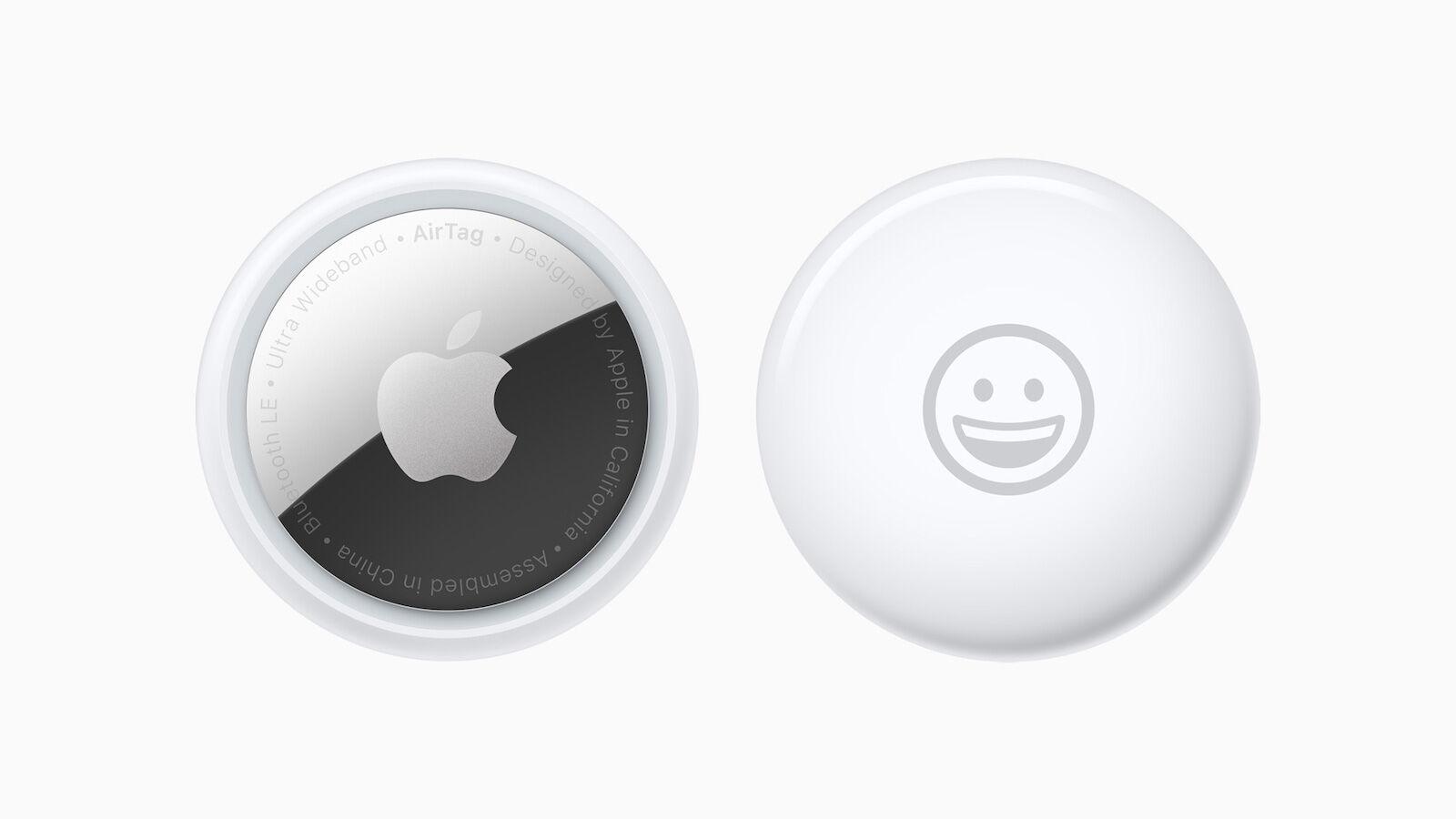 An AirTag features an inbuilt speaker, which will play a sound to help locate it. It will also have a removable cover, so the battery can be easily replaced.

You’ll be able to personalise your AirTag with free engraving, including text and 31 types of emoji. Because it is so small, it is limited to a maximum of four characters, and you can only use the alphabet, numbers and a small selection of emojis. Apple stops swearing and other “ugly” words, even with emoji. For example, you can not have emoji of the poop emoji.

You will also be able to buy accessories, including a polyurethane loop, a leather loop and leather key ring to attach it to your possessions. Apple has also partnered with Hermes, to offer designer leather AirTag accessories. 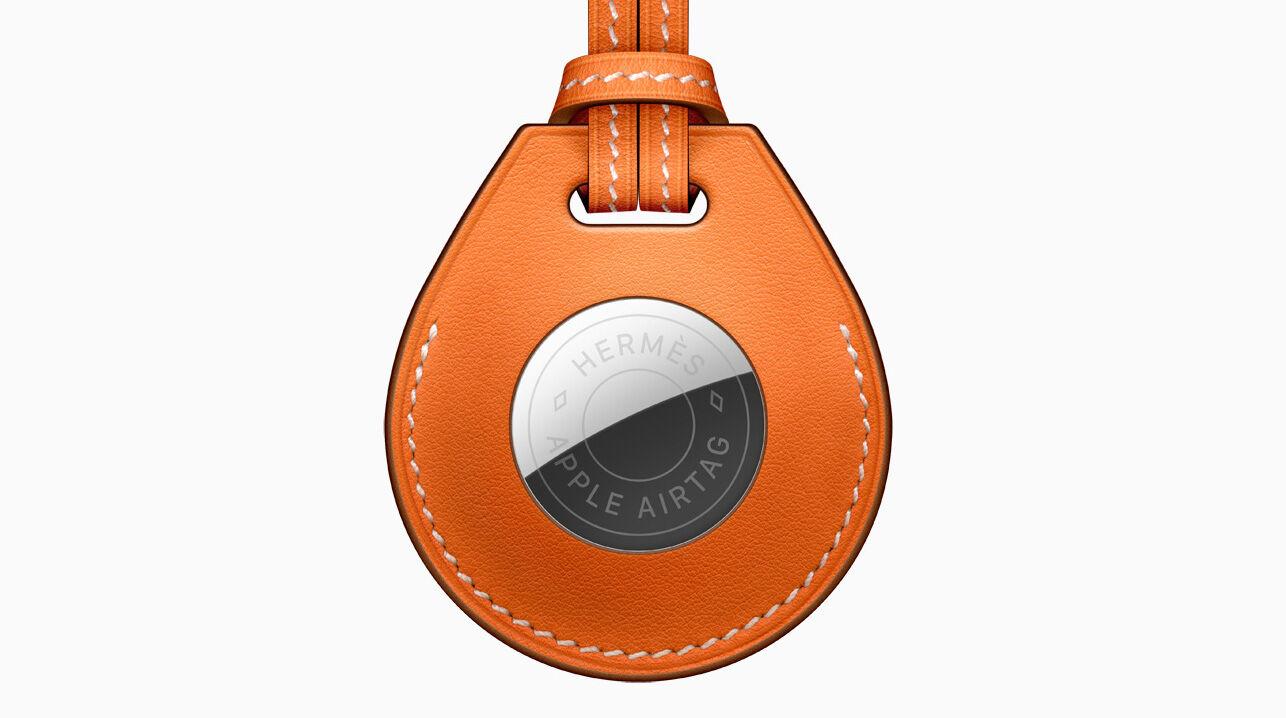 How much will AirTags cost?

How to set up AirTags

Setting up the AirTag is simple. You will need an iPhone running you must have iOS 14.5 or later. (Although all devices with iOS 14, iPad OS 14 or macOS Big Sur will be able to help you find a lost AirTag). 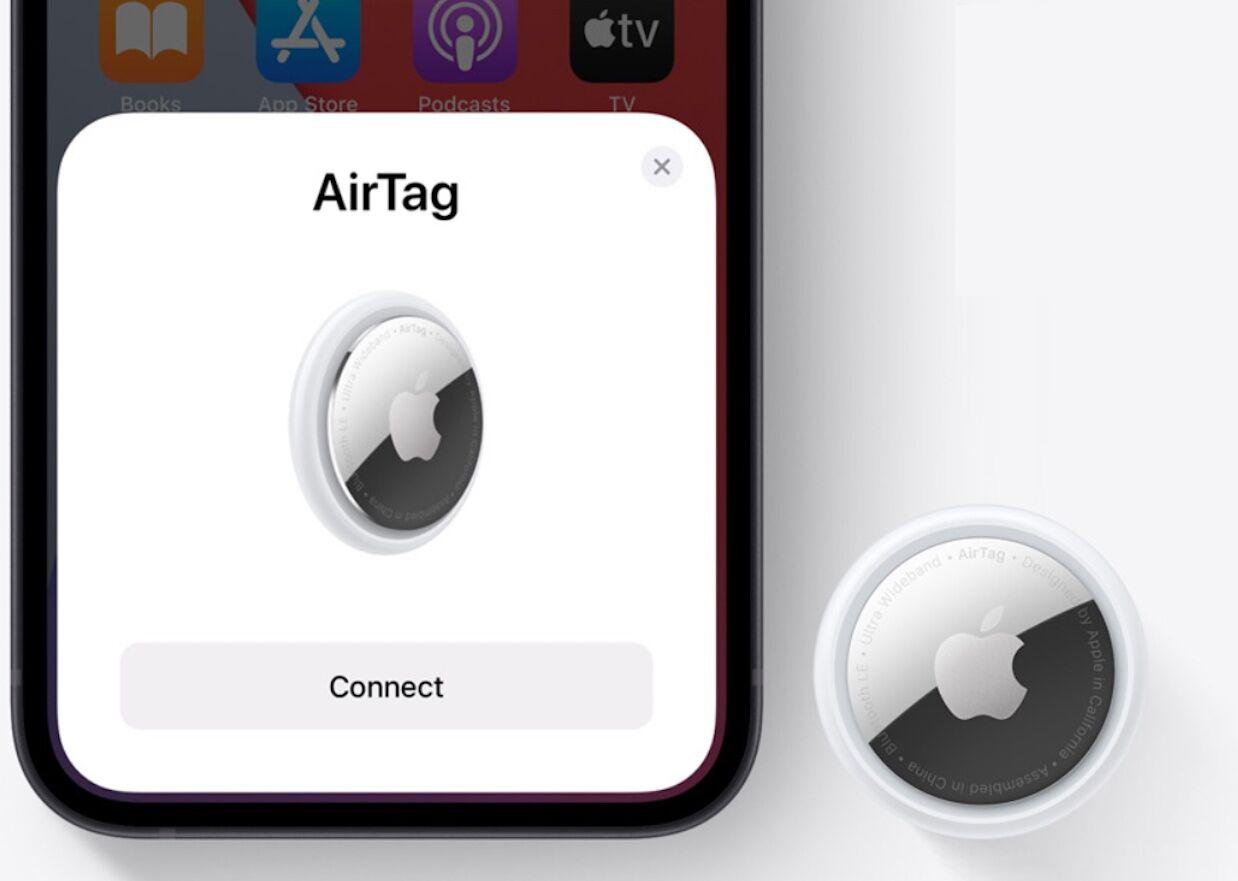 If you want to add something to your list of tracked items, here’s what to do: 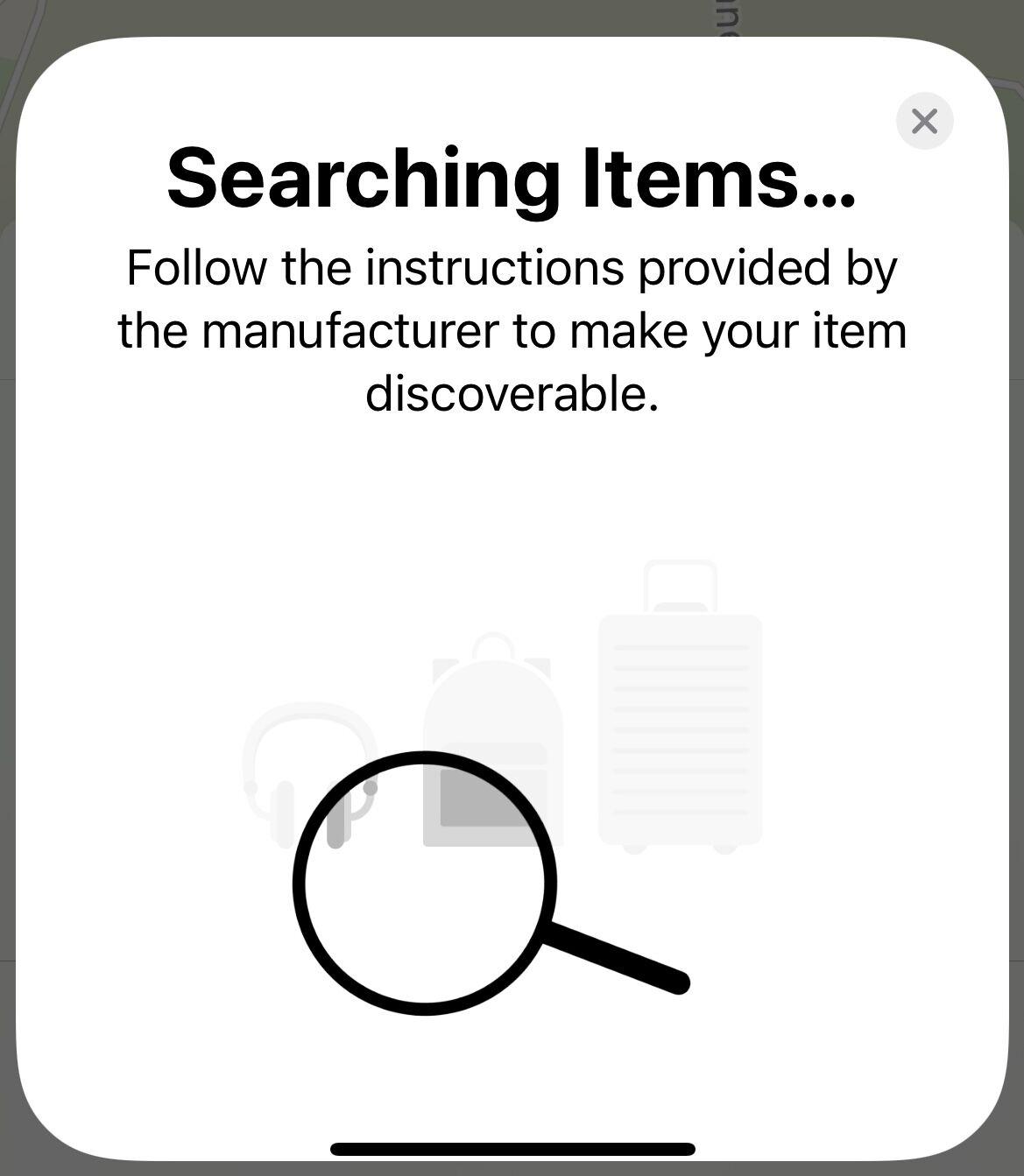 How AirTags will work

The AirTag will transmit its location using a low-power form of Bluetooth and other Bluetooth devices will relay the location back to you via the Find My app, here’s how that works.

Once you have added an AirTag to the Find My app you can see where it is right now and you will receive a notification on your iPhone should your move out of range of the tag. This should stop you leaving your keys in the office. You will apparently be able to add certain locations that can be ignored, though – if an item is safely in your house, for example.

If a lost AirTag is within range of Bluetooth, you can play a sound from its built-in speaker. If it’s not near you, you can still see it, as long as it’s near an iOS gadget or Mac connected to the Internet.

If you can’t locate your tagged item in the Find My app, you can mark it as lost. Once it’s marked as lost if someone passes within range their iPhone will detect its presence and tag it on the Find My service.

You will then receive a notification if and when it reappears in the Find My network.

If someone else finds it and sees your AirTag, they can use the iPhone or another NFC-equipped mobile to get to a website where they can see your phone number if you’ve added it to the app, so they can reunite you with your bag, nice jacket, wallet or whatever it was.

AirTag is equipped with a U1 chip, which uses Ultra Wideband technology to allow Precision Finding for iPhone 11 and 12 users. This means that if you have an iPhone 11 or iPhone 12, you can use the ultra-wideband technology together with data from the camera and other sensors to locate a neglected chip with higher precision. Your phone can then, for example, tell you that the wallet is 3.5 meters away in the direction of the sofa.

Precision Finding uses input from the camera, ARKit, accelerometer and gyroscope and will guide the user to AirTag, using haptics, visual feedback and sound.

This also works via Voiceover, so that even users with impaired vision and hearing can find their stuff.

However, there is a distance limit when it comes to finding your lost AirTags. Read: There’s a limit to where AirTags can be located.

It’s not only AirTags that you can use with the Find My service. Apple has announced support for the following third-parties:

That list includes what could be seen as a competitor to the AirTag. The Chipolo ONE Spot item finder (£22) is a small disc that comes in various colours. You can buy one from Amazon here: Chipolo One Spot Item Finder.

The technology behind the AirTag is designed around integrity and security. Total location encryption of location data means that only the owner of an AirTag can see where it is, while the devices that help find it are protected so that neither Apple nor anyone else can know which of whose device has located an AirTag or another gadget with support for Find My.

To prevent others from tracking you, the encryption keys an AirTag uses are rotated to signal to surrounding devices that they exist. This makes it impossible to capture Bluetooth signals and find a particular AirTag over and over again in different places.

Apple has also considered the possibility that someone might try to track someone else by placing an AirTag on their person or in some personal possession such as a bag or a vehicle. If iOS detects an unknown AirTag moving with you, a warning is displayed and you can force it to play a sound. An AirTag that has been away from its owner for a long time also starts playing a sound from time to time to attract attention.

If you find an unknown AirTag, you can scan it with any mobile with an NFC circuit and then come to a special website. If it is someone else’s lost gadget, you may be able to see the owner’s phone number. You can also get instructions on how to deactivate it, if you are worried that it may be used to track you.

It’s been a long road to release and if you’d like to know the history of AirTags rumours, read on to find out who got it right.

A surprising amount of evidence leaked out via assets that appeared in the iOS 13 beta last year, and even earlier in 2019 sources confirmed to 9to5Mac that an object tracker project was underway at Apple.

9to5Mac first reported that Apple was working on a Tag back in April 2019. At that time the site wrote about the new Find My app, which hadn’t yet been released; it indicated that people involved in the development of the app were aware of a new hardware device codenamed ‘B389’ that would allow users to track any item.

Then, in June 2019, 9to5Mac reported that there were references to this Tag device in iOS 13. The first beta of iOS 13 included an asset package for a device with the product type ‘Tag1,1’.

MacRumors also wrote about an internal build of iOS 13 that incorporated graphical assets including an image of what appears to be the tracker itself. This may be placeholder art or an earlier prototype, however, and the final released product may look significantly different. 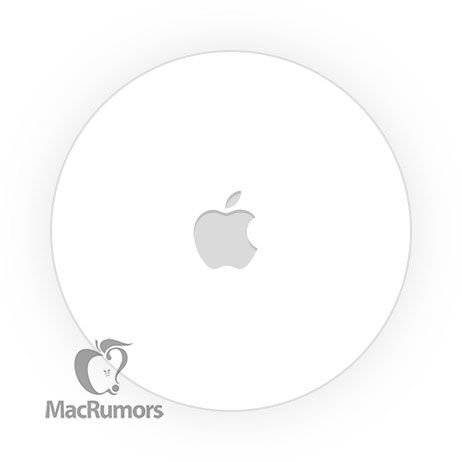 An updated interface for the new version of the Find My app was found in a beta of iOS 13 in September 2019. This app (which now combines the old Find My iPhone and Find My Friends apps into a single interface) had three panes: People, Devices, and Items. The first two correspond to friends and Apple products, but the third points to the use of a tracker to tag other objects. 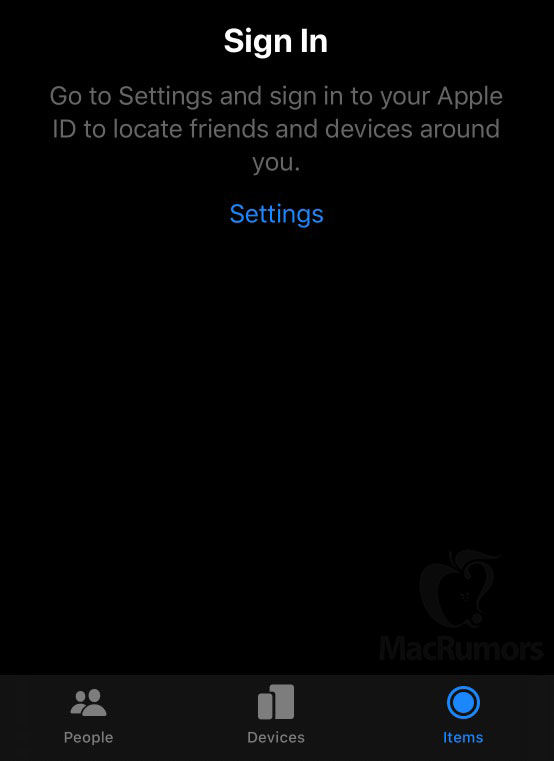 The September screenshots obtained by MacRumours also include the codename for the device – B389. Along with the words “Tag your everyday items with B389 and never lose them again.”

Pundits believe the interface will let you view tagged objects in AR (augmented reality), as evidenced by balloon illustrations that appear in assets. It’s thought that red and orange balloons will indicate the location of the item using AR technology.

The abundance of evidence is enough for respected Apple analyst Ming-Chi Kuo to give the rumours his backing. In a research note in September 2019 Kuo said the tags will be based on UWB (ultra-wideband) technology, which uses minimal power and offers highly accurate location tracking within a building.

For more information about what Apple will launch in the next 12 months, take a look at our guide to the new Apple products coming out in 2021. And check out the latest bargains in our roundup of the best Apple deals.