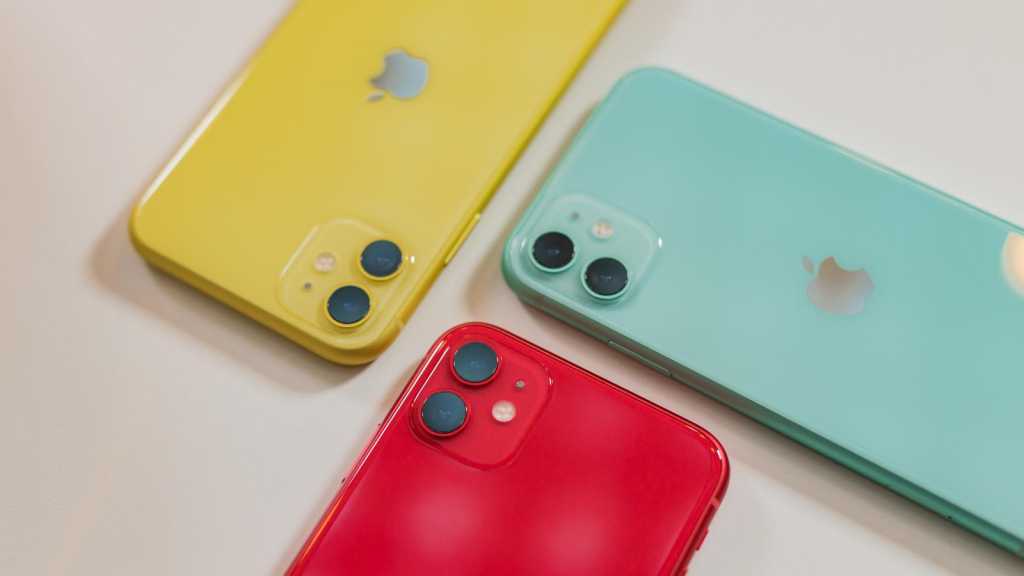 It’s a great time to grab a bargain on an iPhone. And we’re here to help you find the lowest price on the model you want.

Of course, Apple isn’t the only place to buy an iPhone. You can still find the 11 Pro and 11 Pro Max on other retailer websites, often at a hefty discount, and you may even be able to beat that reduced RRP on the iPhone 11.

That’s where we come in. The Macworld team scan the latest prices on a daily basis and continually check for unmissable deals. In this article we round up the best discounts and savings on the iPhone 11, 11 Pro and 11 Pro Max, whether you want to buy on contract or SIM-free.

For info on the lowest prices across the entire range, regularly check our guide to the best iPhone deals.

How much do the iPhone 11 handsets cost?

Our price comparison tables below list the best available deals for each model. We include the best SIM-free and contract deals. While a contract can be appealing because of the lower upfront price, the total cost of ownership (TCO – what you end up paying over the entirety of the contract) will end up higher.

It’s also worth considering bundle deals, which sometimes offer striking value. Three, for example, is happy to chuck in a pair of AirPods or Beats Solo 3 headphones with some of its plans, or a wireless charger. Head to Three to see its iPhone 11 bundles.

The first place to look should be Apple itself, firstly to get a baseline for other deals (the company is selling for £489, so other retailers will need to beat that), and secondly because you can get a tasty discount if you have an older iPhone to trade in – up to £170 off your new handset.

There are other places to buy the iPhone 11, but we’re finding that third-party retailers are struggling to match, let alone beat Apple’s reduced RRP – and that’s before you take the iPhone shortage into account, which means that many sites have run out of stock. Check our automated price table for the lowest prices from retailers that have got stock, if there are any right now.

US retailers carrying the iPhone 11 include Walmart (upgrade only), Best Buy and Target.

If you haven’t got the money upfront then buying a new iPhone 11 on contract will be an appealing option. Just bear in mind that it can work out much more expensive that way.

Here are all the networks providing contracts for the iPhone 11:

US carriers include Verizon, Sprint, AT&T and T-Mobile.

As mentioned above, Apple no longer sells the iPhone 11 Pro, but that doesn’t mean you won’t find a good deal on the handset.

When Apple used to sell the iPhone 11 Pro it started at £1,049/US$999. Apple no longer sells it – although we’re starting to see 11 Pro units on Apple’s Refurbished Store, so give that a try.

If you buy from a non-Apple retailer, you have every right to expect a decent discount. Laptops Direct is leading the way with an offer of just £599. Check the table for any more offers that have popped up since we last updated this article.

You may find decent deals on the iPhone 11 Pro in the following stores:

Again, US the following retailers may still be carrying the iPhone 11 Pro: Walmart, Best Buy and Target.

There are some tempting offers here, but remember that the price you’ll pay across the contract period could work out much more expensive than if you bought the phone from Apple and kept your existing contract.

You can browse through the following providers for the best iPhone 11 Pro contract deals:

US carriers include Verizon, Sprint, AT&T and T-Mobile.

Finally, in this section we share the best SIM-free and contract deals for the iPhone 11 Pro Max. Like the Pro, the Pro Max is no longer sold by Apple, but you can still get your hands on one if you check other retailers.

If you’re considering a contract deal, we recommend that you look carefully at the TCO. If you’ve already got a contract you’re happy with, a SIM-free deal will probably make more sense financially.

Apple no longer sells the iPhone 11 Pro Max, but second-hand units have starting turning up in the Refurbished Store. When it was available, Apple priced this phone from £1,149/US$1,099; refurbished models start at £849.00.

Resellers may still be selling this iPhone for a while – and in fact a number are discounting it. Amazon is selling it for a highly appealing £396.43 right now, but bear in mind that it’s ‘renewed’, which again means second-hand. Still, this is the cheapest renewed unit we’ve seen.

US retailers carrying the iPhone 11 Pro Max are the usual suspects: Walmart, Best Buy and Target

Buying a new iPhone 11 Pro Max upfront can be expensive. If you’d prefer to spread the cost then a contract will no doubt be an attractive option – and some networks are still offering the iPhone 11 Pro.

Remember that the price you’ll pay across the contract period is likely to cost more, though.

Pick up contract plans in the US from Verizon, Sprint, AT&T and T-Mobile.

How to find (and check) a good deal

If you’re interested in buying the iPhone 11, make a note of the RRP right now and compare any savings to that. Some resellers will quote the original price from 2019 to make their offer look better than it is.

When considering a deal, be sure you know whether you’re getting a brand-new or used handset. And if it’s used, find out everything you can about its condition: the models on Apple’s Refurbished Store, for example, get a new battery and shell and a full warranty. Can you say the same about a purchase on eBay?

Talking of which, it’s particularly important to check the credentials of the seller or store if the deal seems too good to be true. For eBay and similar, look carefully into their ratings from previous customers; for websites, use TrustPilot.

If you’re not sure which iPhone is the right model for you, then take a look at our iPhone buying guide for some assistance. And we separately discuss the best time to buy an iPhone – an important factor if you don’t want to get caught out by a new release shortly after you make your purchase.

If you’re looking to order accessories for your iPhone 11, then check our roundup of cases.