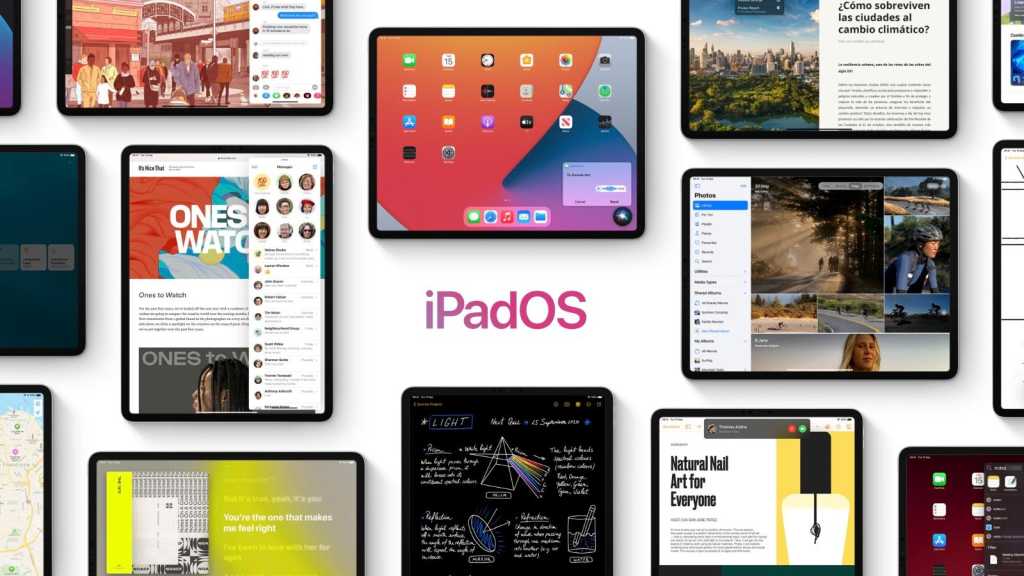 Apple unveiled a new version of iPadOS – the separate operating system that the iPad has had since 2019 – at WWDC in June 2021 and it will be available to download on Monday 20 September 2021.

The new version of the iPad operating system, known as iPadOS 15, will include updated Widgets, the App Library, improved multitasking features, Quick Note, Live Text and more. Read about the upgrades in our guide to iPadOS 15’s new features.

Sound appealing? The update will be available to install on iPads as of Monday 20 September. We expect the update to be available from around 6pm in the UK, 10am in California, 1pm in New York, etc. We recommend you wait a little longer though as there will probably be a rush as everyone else downloads all the new software from Apple’s servers causing them to slow right down.

In this article we explain everything you need to know about updating your iPad to a new version of iPadOS. That includes the simple process of grabbing a new public version, and the slightly more difficult one of installing the beta.

We cover system requirements and what to do if you encounter problems (such as not having enough space or not being able to connect to Wi-Fi).

We also discuss whether it’s a good idea to install an iPadOS beta and what the difference between public and developer betas are.

You should do a bit of iPad spring-cleaning before installing any software update: it’s very important that you back it up, because you don’t want to lose any important data, but you should also spend some time clearing some space so that you have enough storage for the new update.

We tend to store lots of movies and TV shows on our iPad, so if you need space these could be removed – if you downloaded them from iTunes or one of the other services you should be able to download them again later on.

How to update iPadOS

When iPadOS arrives you will probably get an alert on your iPad telling you that the new version is ready to download. If not, you might have to go into Settings to get your iPad to actively seek it out.

If you want to install a new version of iPadOS but don’t have access to Wi-Fi – or if you don’t know if the Wi-Fi you have access to is secure because it’s at a hotel/restaurant – you might be wondering whether you can update iPadOS using cellular or mobile data.

Apple used to have a download cap that stopped downloads of more than 200MB over a data connection. This cap was lifted in iPadOS 13, so you can now download apps of any size. Go to Settings > iTunes & App Store > App Downloads. You can choose from Ask If Over 200MB, Always Allow or Always Ask.

If you are thinking of downloading this way we warn that even ‘unlimited’ contracts aren’t always truly unlimited and the download is likely to be a few GB.

If you want to update to iPadOS 15 using mobile data (or cellular data) follow these steps:

Your iPad will proceed to download iPadOS using your data connection from your iPhone.

How to download iPadOS via a Mac (or PC)

Alternatively, if your Mac happens to be connected to the internet via Ethernet, or another way, you could download iPadOS using the Finder.

Note that in older versions of macOS, or Windows, iTunes manages this process instead.

Why won’t my iPad update?

You may be wondering why your iPad isn’t showing the update as available. There are a few reasons why this might be the case.

If those points don’t apply to you, try installing via the Finder or iTunes as we detailed above.

Should I install the iPadOS beta?

Running a beta is the only way to get hold of a version of iPadOS before it’s officially launched, and that’s a nice thing if you like to boast about having the latest features, and an essential thing if you’re a developer and need to test your app with the new platform.

Just bear in mind that betas are not finished software. They are likely to contain bugs (looking for bugs is the main reason Apple allows the public to try the beta) and may not have all the features and interface elements that will appear in the final version.

We therefore advise caution in grabbing the iPadOS beta, and don’t recommend installing it on your main iPad if you depend on it for work.

Apple runs two iPadOS beta programmes, one for developers and one for the general public. (Both are now available.)

At any given time the developer beta will be more advanced: Apple rolls out each version to devs first, and to the public afterwards. If you are a developer, therefore, that’s the version to go for.

If you’re not a developer, you’re only allowed to use the public beta.

How to install the iPadOS 15 beta

To install the iPadOS 15 public beta, follow these instructions.

If you’re a developer (you’ll need to be registered, which costs £79/$99 a year) you can install the developer beta by following these instructions:

Your iPad will now be running the iPadOS 15 beta.

How to upgrade iPadOS from a beta version

If you previously tried out a beta version of iPadOS ahead of its full release, you should note that in order to get upcoming non-beta iPadOS releases you will need to remove the Apple configuration profile from your device.

You can do this by going to Settings > General > Profile and selecting iPadOS Beta Software Profile, then choosing Delete Profile and entering your passcode to confirm the change. From now on you will receive official updates (rather than beta updates) as normal.

How to get an old version of iOS/iPadOS

Here’s what to do if you change your mind later and want to try to downgrade to an older version of iPadOS or even iOS 12, which came before iPadOS 13. (Note, however, that downgrading is really tricky, so we can’t guarantee you’ll be able to revert.)

And if your iPad doesn’t run the version of iPadOS you’re after, you might want to check our roundup of the Best iPad deals so you can save money while bagging yourself a new iPad.