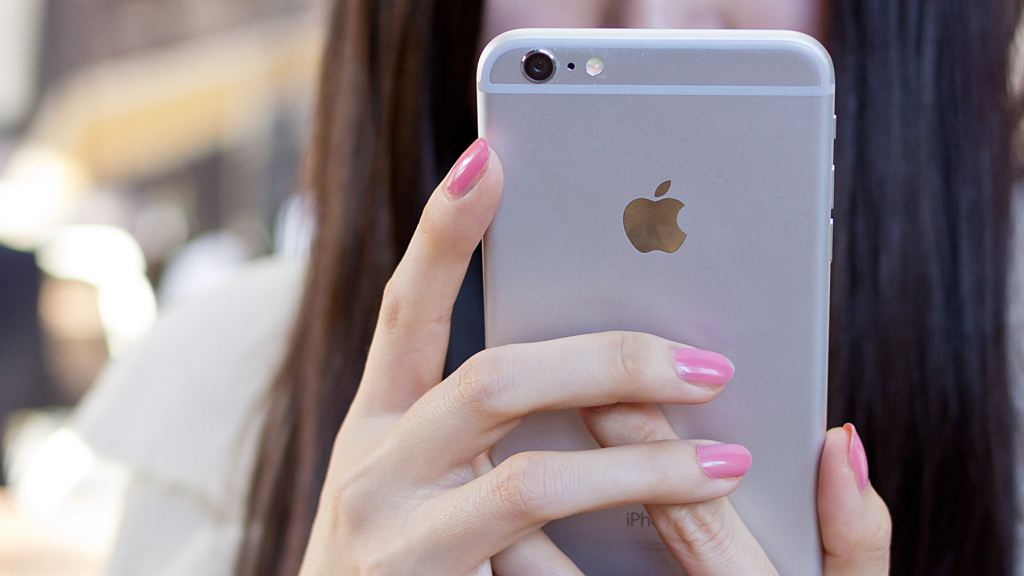 Life’s too short to be receiving emails from people selling you something you don’t want or who feel it is their personal mission to make your life a misery with harassing or unpleasant remarks. Thankfully Apple agrees, as in iOS 13 there is now a feature that allows you to block particular people and it only takes a couple of seconds to get up and running.

In this article we show how to use this very helpful feature and cleanse your inbox from the chorus of chaos.

Using the Block feature in iOS 13

Blocking someone from bothering you with emails is very simple to do in iOS 13.

First, open up the Mail app, then find the offending email. Tap to open it and you’ll see in the top left corner the name of the sender. Tap this and the From: field should appear with the sender’s name now in blue. Tap the latter and it will open up the contact sheet for the person.

Here you’ll various options, but near the top is Block this Contact. Tap this, confirm your intent by tapping Block this Contact one more time and from now on any emails they send you will immediately be sent to your Bin folder. 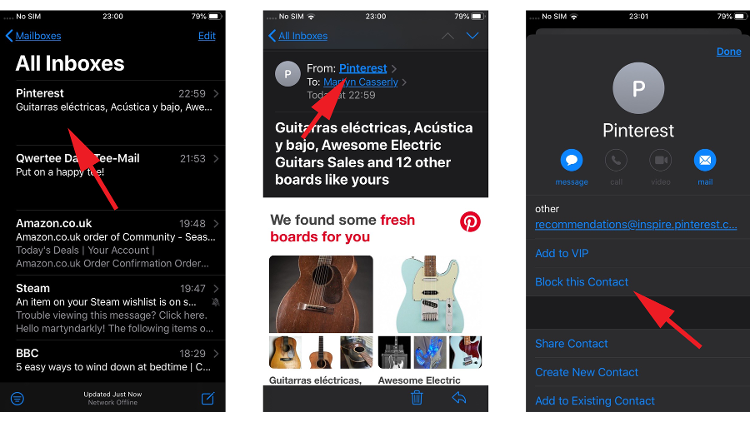 Deciding what to do with emails from blocked users

iOS 13 give you granular controls so you can specify how it treats emails received from blocked users. To find these go to Settings > Mail > Blocked Sender Options, where you’ll be presented with three options: None, Mark as Blocked, Leave in Inbox, and Move to Bin. 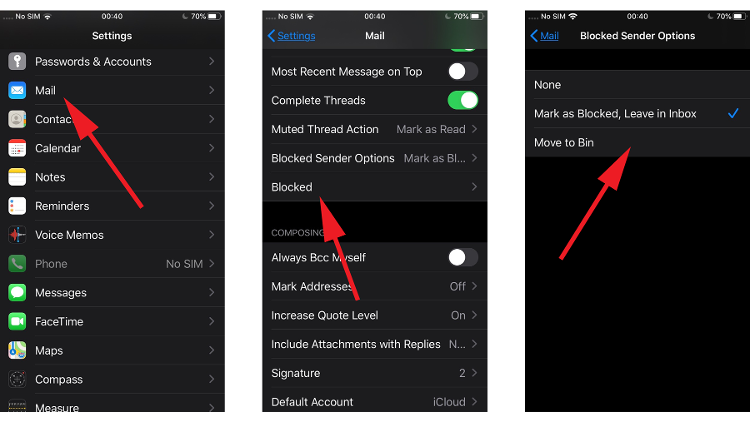 All are self-evident, in that they either treat emails as normal (None), receive them in your inbox but highlight the fact that they’re from a blocked sender (Mark as Blocked, Leave in Inbox), or send them straight to the trash (Move to Bin). Select the one that matches your preferences then return to the Home screen and your commands will be enforced by Mail.

It’s worth noting that the setting will now be active for emails received from now on, but those already in your inbox will remain there unless you manually delete them.

Should such a time arise when the person you’ve blocked has proven themselves worthy of your attention once more, it’s just as easy to restore them to normal status. To do this, go to Settings > Mail > Blocked and tap on the Edit option in the top right corner. 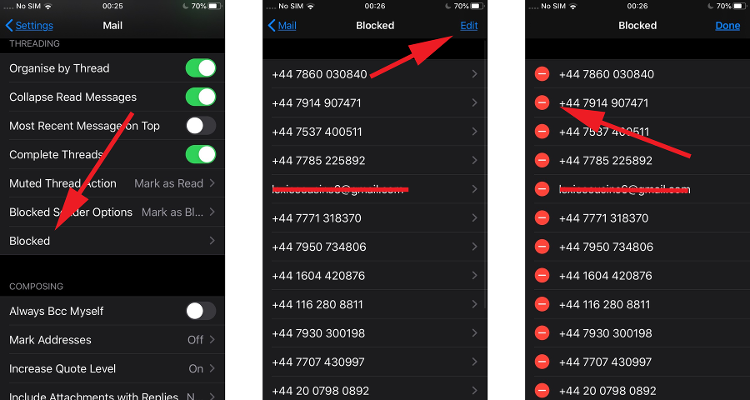 This should bring up delete options to the left of every contact in your blocked list, so tap the red circle next to the person you want to restore, select Unblock, then and they’ll be returned to active service immediately.

If you just want to stop emails from a thread in which you’re included, take a look at our How to mute conversations in emails on iOS 13, and you should also read our Best iOS 13 features guide to see what else Apple has added to its latest version of the iPhone operating system.