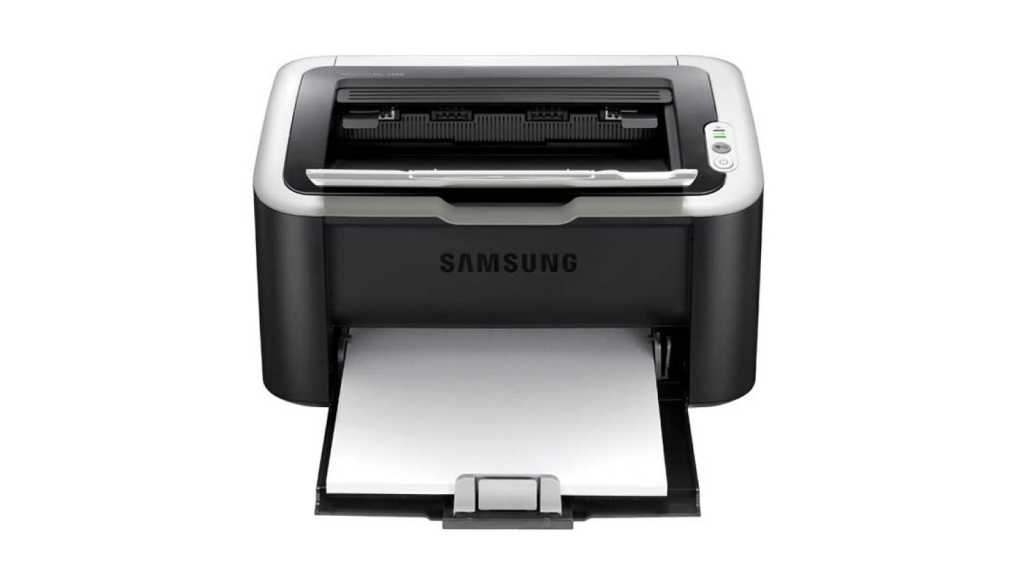 While there are plenty of affordable AirPrint-compatible printers out there, you may have already invested in a model that doesn’t support Apple’s wireless printing protocol. Luckily, adding AirPrint to a non-AirPrint printer is quick, easy, and affordable thanks to a clever Mac app called handyPrint.

Formerly marketed as AirPrint Activator, the rebranded handyPrint works by turning a printer connected to your Mac into an AirPrint printer that’s shared over your network. Once configured, you’ll be able to print wirelessly using an iPhone, iPad, iPod touch – or another Mac.

Because this solution requires your printer to be permanently connected to a computer, it works especially well for users with a desktop Mac or a MacBook running in ‘clamshell’ mode. In this article, we’re configuring handyPrint with a Samsung ML-1860 Series laser printer, but you can use any printer which doesn’t already support AirPrint.

It’s also worth noting that handyPrint now requires a minimum $5 (£3.90) donation to use beyond its 14-day trial period (previously, AirPrint Activator was a free app). However, handyPrint is the most affordable app of its kind. It also reliably processes incoming print jobs and is a breeze to configure.

Use handyPrint to add AirPrint

To add AirPrint to your non-AirPrint printer, first visit netputing.com and download handyPrint 5.5.0. Although this version added compatibility with macOS Mojave, we’ve found that handyPrint 5.5.0 is also fully compatible with the more recent macOS Catalina. 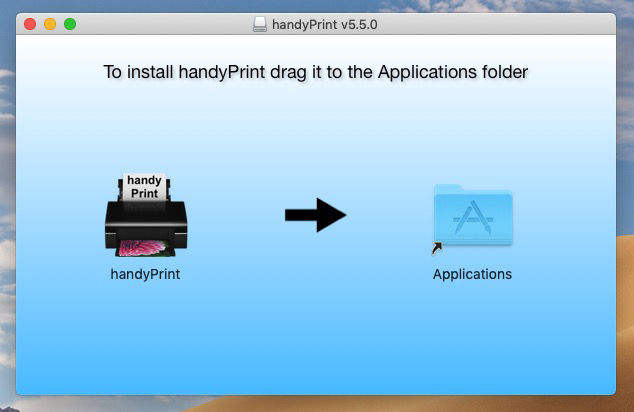 After handyPrint has been copied to your computer, launch Finder, choose Applications, and double-click on the handyPrint icon. If your Mac asks if you’d like to open handyPrint since it’s an app downloaded from the internet, go ahead and select Open.

So long as a printer is powered on and connected to your Mac, you should see that printer appear in the handyPrint app. To then add AirPrint functionality to your printer, simply switch the toggle button on the left of handyPrint to On. Depending on your security settings, you may be asked if you want handyPrint to accept incoming network connections – if you see this message, choose Allow. 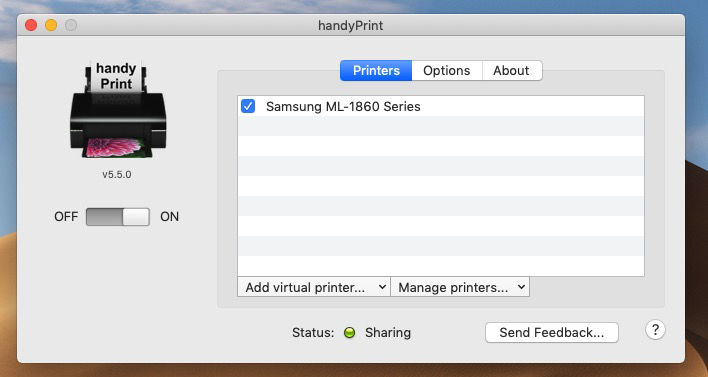 That’s all there is to it – your wired printer should now appear as an AirPrint printer on your iOS and macOS devices.

To test whether this is the case, find a photo or document on your iPhone, launch the Share menu, and select Print. Choose Select Printer and you’ll then be able to wirelessly print using the wired printer you’ve just configured with handyPrint!

Don’t forget that for this solution to work, your printer needs to be switched on and connected to a Mac, and all of your devices need to be connected to the same wireless network. However, you should find that AirPrint using handyPrint works even when your Mac is sleeping, provided that your printer remains connected and powered on.

You can try handyPrint free of charge for 14 days, after which a minimum $5 (£3.90) donation is required to unlock a full licence for the app. To configure a licence, or to check on the app’s status and access its settings, click the handyPrint icon which lives in your Mac’s menu bar.

Happy printing! If you’d like to buy a fully AirPrint-compatible model, take a look at our comprehensive roundup of the best Mac printers. And read How to print wirelessly from iPad & iPhone for related advice.

We also have this guide to fixing a problem when HP printers stop working.