Better late than never: Apple has finally joined the video-streaming market, launching its new TV+ service on 1 November 2019. The company hopes it has what it takes to beat the established players at their own game, but does it really stand a chance?

In this article we draw a direct comparison between Apple TV+ and one of those big names: Amazon Prime Video. Which is better value, and which is the right media-streaming service for you?

How many TV shows have they got?

First things first: Apple TV+ is only for original content. You won’t find old movies and TV shows on there, just new stuff the company commissioned specifically for this service.

For that reason, the initial library is not massively impressive, including so few TV shows that we can list them easily: The Morning Show, See, Dickinson, For All Mankind, Snoopy In Space, Helpsters and Ghostwriter. Yep, that’s just seven shows. 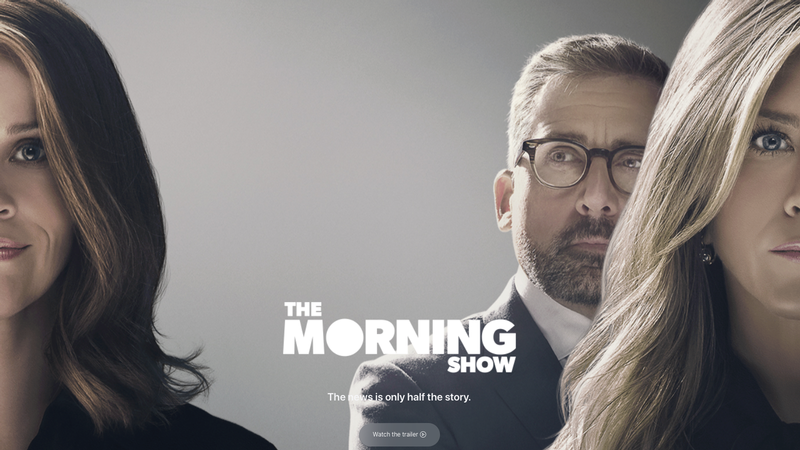 Amazon Prime Video has been around for much longer than TV+, to be fair, but it’s still startling quite how much more TV content it’s got. We list 20 titles in our Best of Amazon Prime Video article – almost three times as many as Apple’s entire library – and the full list is far too long to cover here. The company wouldn’t give us an exact number, but quotes “thousands of popular movies and TV shows” in its marketing blurb; browse Amazon’s site to find out more.

In both cases, of course, quality is more important than quantity, and it’s the big-name shows that will get people to subscribe. The launch titles on TV+ have received mixed reviews, it must be said (we link to several above), but they’re undoubtedly Serious Television with big concepts, famous actors and directors and high production values. They’re also exclusives – you won’t find them on Amazon or elsewhere.

Amazon has commissioned original programming of its own: The Man In The High Castle, Good Omens, The Grand Tour, Comrade Detective and the superb Sneaky Pete are among the shows that are only available on its platforms. We also find it very good for kids’ TV, with adaptations of several Julia Donaldson books a highlight.

How many movies have they got?

TV+ starts with just one film: The Elephant Queen, a nature documentary.

Amazon Prime has hundreds of films. A good number of these are old, obscure, badly received or all three, but there’s plenty of gold too: a quick glance at time of writing finds you can watch Green Book, Vice, Wonder Woman, Stan & Ollie, Silence, Manchester By The Sea, Inside Llewyn Davis, The Imitation Game, 12 Years A Slave and much more.

Are the libraries likely to get bigger or smaller in future?

Amazon’s will realistically stay roughly the same or even shrink a little as time passes.

The general trend, on Netflix and other services as well as Amazon, is towards original programming: users may like watching old movies or TV shows but the streaming company will most likely have to pay a licence fee per view, which means this model doesn’t really scale. If you make a TV show of your own for a fixed cost of X dollars, on the other hand, every additional viewer is pure profit.

How reliable are the services?

On the macro level, neither company is going to go out of business midway through your subscription and leave you out of pocket. But both will suffer outages from time to time.

Our experience with Amazon Prime Video indicates that this is a rarity, and the quality of your local internet connection will be far more of a factor than the company itself having problems. It’s too early to say whether TV+ will be similarly robust but we’d be surprised if Apple doesn’t keep it running at a high degree of reliability.

Do they have any extra features?

Amazon Prime Video is available as a standalone service. But most people will get it as part of an Amazon Prime subscription (see pricing, below), and if that’s the case, you also get free faster deliveries (Prime Delivery), music streaming (Prime Music), ebooks (Prime Reading), photo storage, early access to Lightning Deals and more. See the Amazon Prime microsite for more details.

Which TVs and other devices are compatible?

A huge range of smart TVs and mobile devices have the Prime Video app.

Apple TV+ is available on a smaller range of devices – it doesn’t work on Android, for example. Aside from iPads, iPhones, iPod touch, Mac and Apple TV, it can run on these third-party devices.

Apple TV+ costs £4.99/$4.99 per month. However, you may be able to get TV+ for free: when you buy a new iPhone, iPad, iPod touch, Mac or Apple TV, you’ll get a year of TV+ thrown in, and there’s a free seven-day trial which will auto-renew into a monthly subscription if you forget to cancel. Sign up here.

How many people/devices per subscription?

Like several of the company’s recent software services, Apple TV+ features Family Sharing: a single subscription can be shared among a family group without paying extra. That’s up to six family members and six simultaneous streams.

Amazon Prime Video can also be shared with another adult if you set up an Amazon Household. You can stream up to three films/TV shows simultaneously using one Amazon Prime account, assuming it’s three different things. You can stream the same title to two devices at once, but not three. Rules on usage here.

Amazon Video has to be the pick here. It has lots of TV and films, and a reasonable amount of it is really good.

At this point, with only seven TV shows and a single film, it’s hard to recommend Apple’s TV+ as a paid-for subscription service. Yes, it’s £1/$4 cheaper per month than Amazon Video, but the content library at launch is vastly smaller, and while the initial titles look polished, none yet stand out as the equivalent of Game of Thrones – the tentpole show that will drive subscriptions.

This may all change, however. Apple’s sheer clout – in terms of its industry dominance, but also its cachet among the creative professions – has enabled it to lure in a glittering array of actors, directors and filmmakers. These Hollywood bigwigs ought to be able to cook up some brilliant offerings in future.

Of course, millions of people will be watching TV+ without paying anything directly for the privilege, by cashing in on the year’s free subscription you get when you buy a new iPad, iPhone, Mac or Apple TV. Similarly, many of us view Amazon Video as a side benefit of signing up for Amazon Delivery.

Read our guide to the best media-streaming services for more advice. We also have a comparison between Apple TV+ and Now TV.