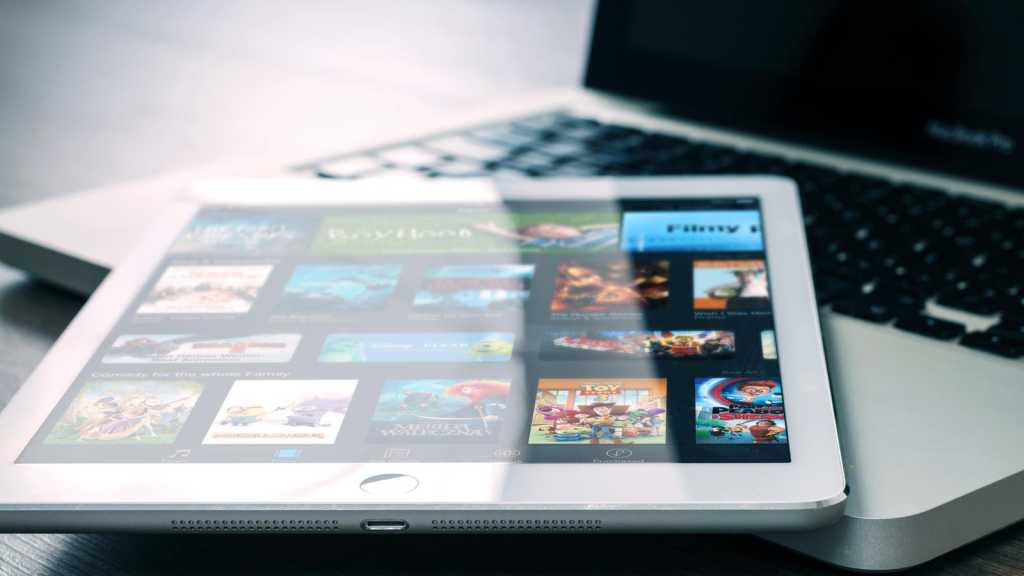 The streaming wars are officially upon us and now that Apple has its own dedicated service in  Apple TV+, it may be tempting to sign up to the new subscription on the spot. However, there are alternative options to consider, one of which is Now TV.

Now TV primarily offers Sky content without the need to purchase a Sky box or enter into a long-term contract. Both services offer positives and negatives but which is the right one for you? Read on to find out.

The good news is that you can get free trials for both of these services before you commit. Apple TV+ offers a seven-day free trial for anyone, as well as a whopping one year’s worth of Apple TV+ with any new iPhone, iPad, iPod touch, Apple TV, or Mac purchase. 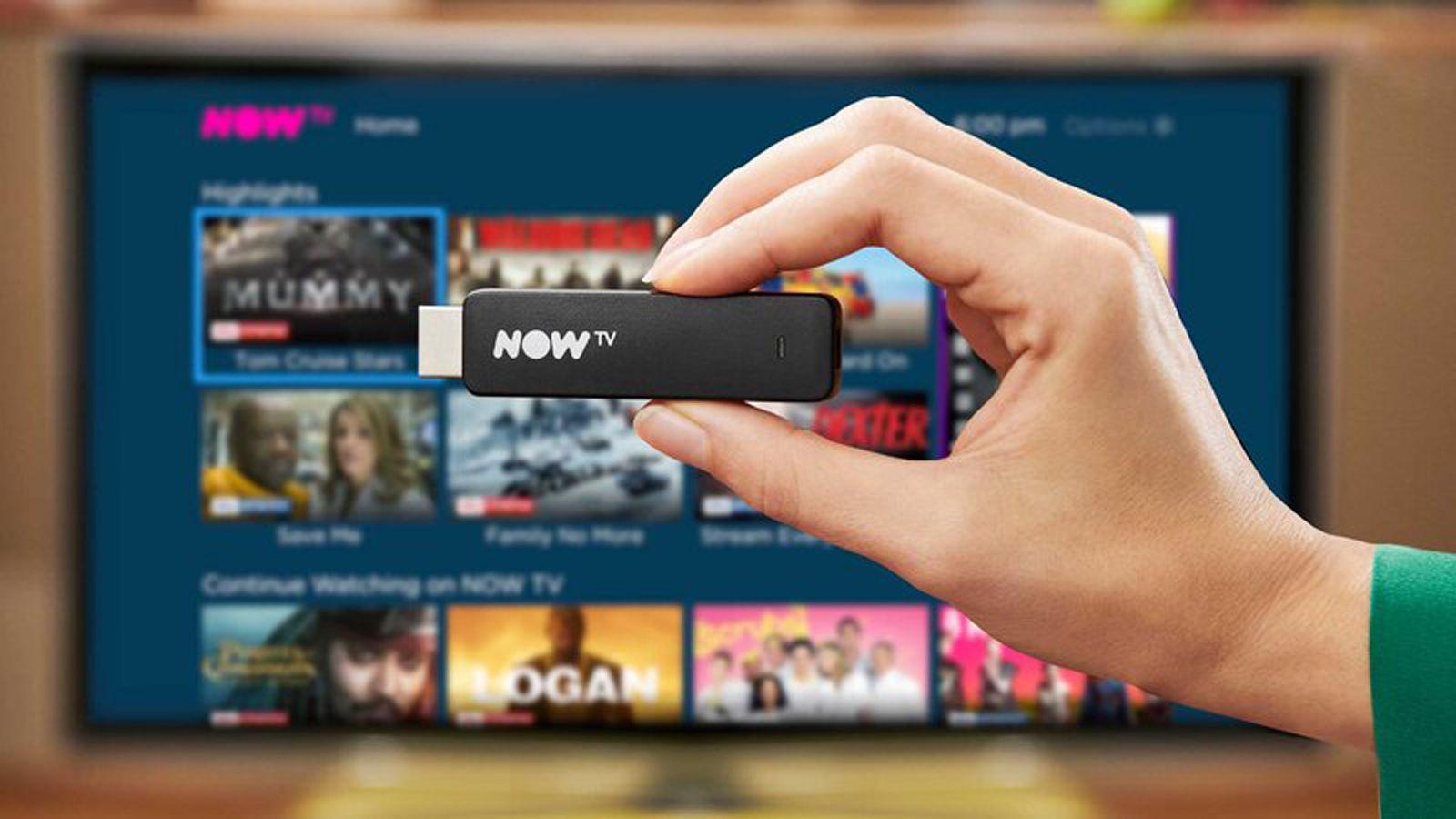 Meanwhile, Now TV has free trials for all the various passes on offer. The main ones we’ll be focusing on in this article are the Entertainment Pass and Cinema Pass (for TV and movies respectfully), but you can also get passes for sports programmes and kids TV shows.

Here’s where you can access the free trials for each:

Apple TV+ is the cheaper option for streamers, priced at £4.99/$4.99 per month for all of its content. The Now TV Entertainment Pass includes TV shows and is £7.99 per month. For movies, which fall under the Now TV Cinema Pass, it’s £11.99 per month.

If all you’re looking for is a cheap streaming option, then Apple TV+ dominates here. However, that’s not a reason to discount Now TV just yet – especially when it comes to content.

You can also cancel both services at any time, no strings attached.

How can I watch Apple TV+ and Now TV?

Now TV is a UK-based service only, so if you’re based in the US you won’t be able to sign up unless you use a VPN. Alternatively, investing in something like an HBO subscription would probably be your best bet. Apple TV+ however is available in 100 countries, so is more accessible, globally.

Apple TV+ is primarily made for iPads, iPhones, iPod touch, Mac and Apple TV. It won’t work on any Android product but it can run on a handful of third-party devices. Now TV, on the other hand, is available across a much wider range of devices, including both Apple and Android hardware; even extending to games consoles. Check out the Now TV website for the full list of devices. 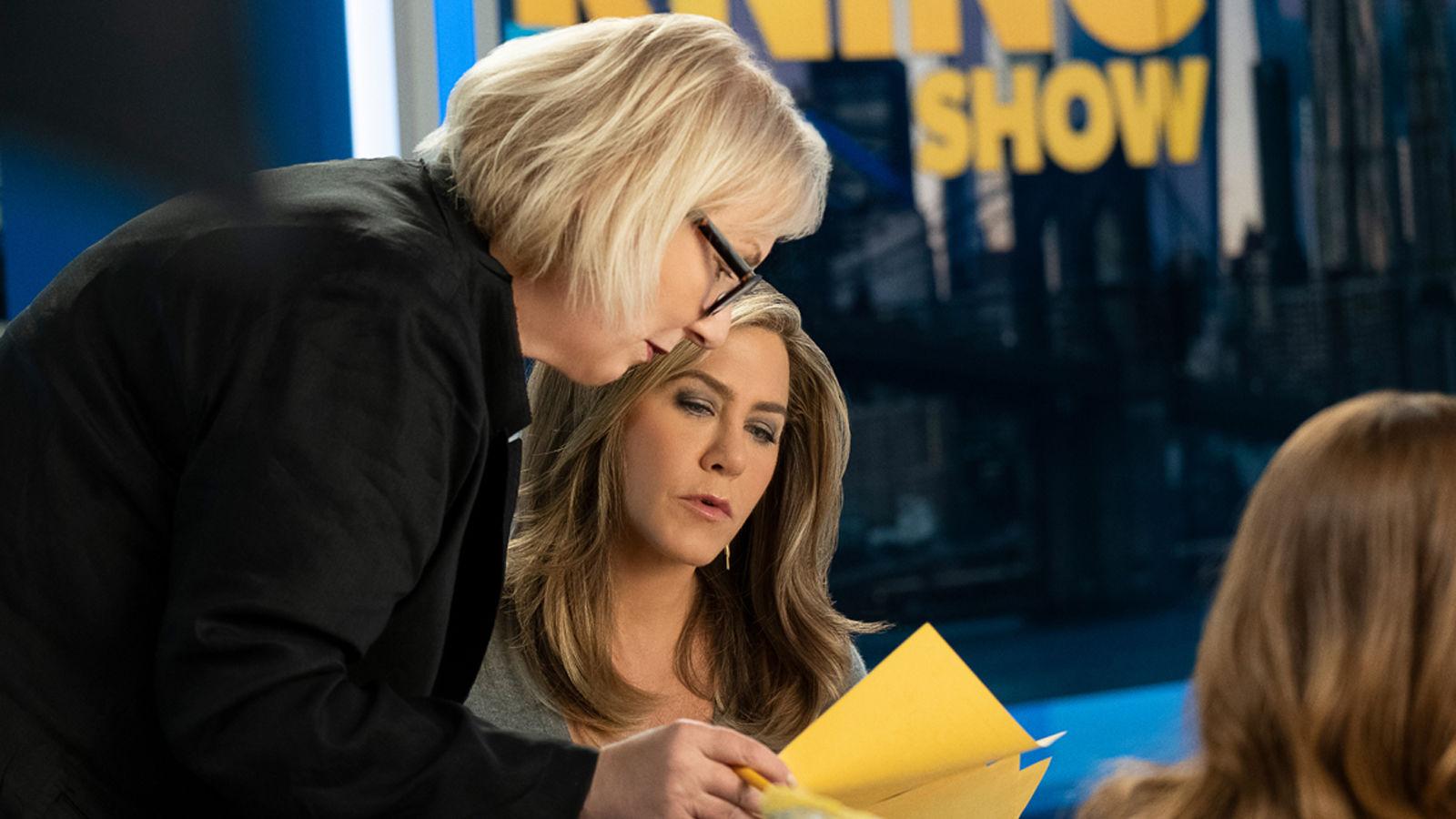 If you need to watch content offline – on your commute for example – then both services include the options to temporarily download media for offline playback. It’s worth noting that, particularly with Now TV, how long and how frequently you can download media varies by the type of content in question.

Apple TV+ boasts Family Sharing, which is a single subscription that can be shared amongst several people without having to upgrade your plan. This includes up to six family members and six simultaneous streams. Now TV also offers six devices on one plan, but only allows two simultaneous streams at one time, so it’s perhaps more suited to fewer people who have multiple devices.

What content does Apple TV+ and Now TV have?

It may seem like Apple TV+ has the edge so far – but there’s one major catch. As it stands, Apple TV+ only offers Apple Original content (consisting of a measly seven shows and one film, at the time of writing), and has no rights to any other popular syndicated media.

Some of the programmes that the service does offer include some A-list names. The Morning Show stars Jennifer Anniston, Steve Carrell and Reese Witherspoon, while See features everyone’s man of the hour, Jason Mamoa. Though Now TV does have Aquaman, so perhaps it all balances out.

Now TV, on the other hand, takes all of its content directly from Sky – so it includes a mix of Sky original content and licenced blockbusters. If we’re looking at which service has the better range of TV and films, then Now TV is the winner, hands-down. However, it has been around for a lot longer than Apple TV+, so this is to be expected.

Some of the most popular films and shows on Now TV right now include:

Of course, there’s a whole more bunch on offer and you can check out further recommendations from us in our  best shows on Now TV and  best movies on Now TV features.

It may also be of interest to know that Apple offers content all the way up to 4K, whilst Now TV only offers a maximum of 720p – which is barely HD. So if you’d like to get the most out of your picture, Now TV may not be the best option. 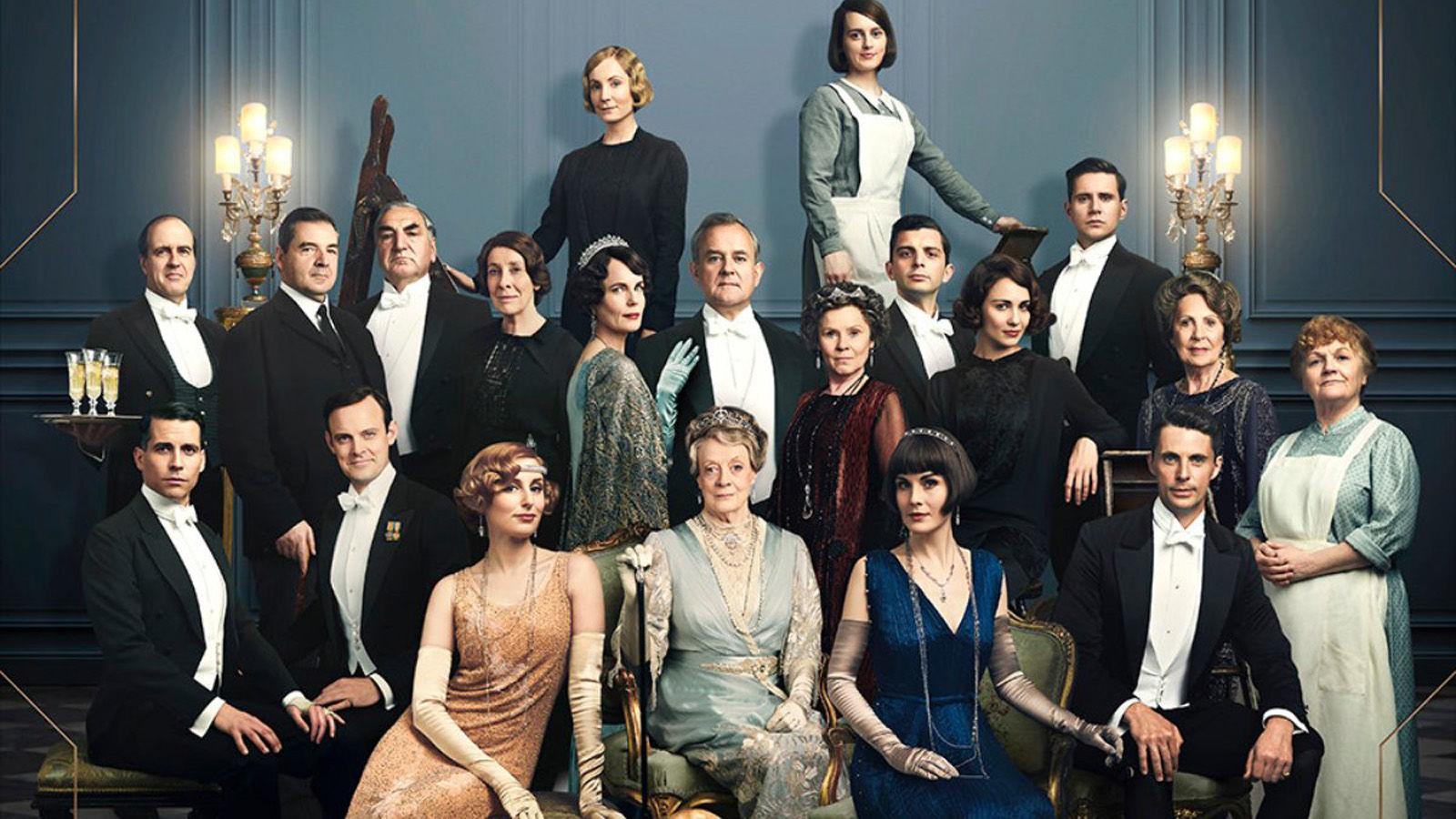 What other streaming options are there?

If neither of these services floats your boat, there are plenty of other streaming subscriptions to choose from. Arguably the most well known would be Netflix, which starts from £5.99/$9 per month, going up in price depending on how many screens you want to access and if you want content at higher quality.

You could also check out Amazon Prime Video, which you can either buy own its own for £5.99/$8.99 per month or as part of the Amazon Prime package for £7.99/$12.99 a month. The latter offers free express delivery, Prime Music, Prime Reading, photo storage, early access to Lightning Deals and even more. We’ve got more details in our head-to-head of the best TV streaming services of 2019.

We should also mention Disney+, which will be kicking off very shortly on 12 November. This will cost $6.99 per month (around £5.50) in the US, and will offer a whole library of classic Disney movies and shows, plus a plethora of original content, including the Star Wars spin-off – The Mandalorian. Unfortunately, Disney+ has not yet been announced in the UK, so you’ll have to get a VPN to access it. Find out more in our Disney+ news article. 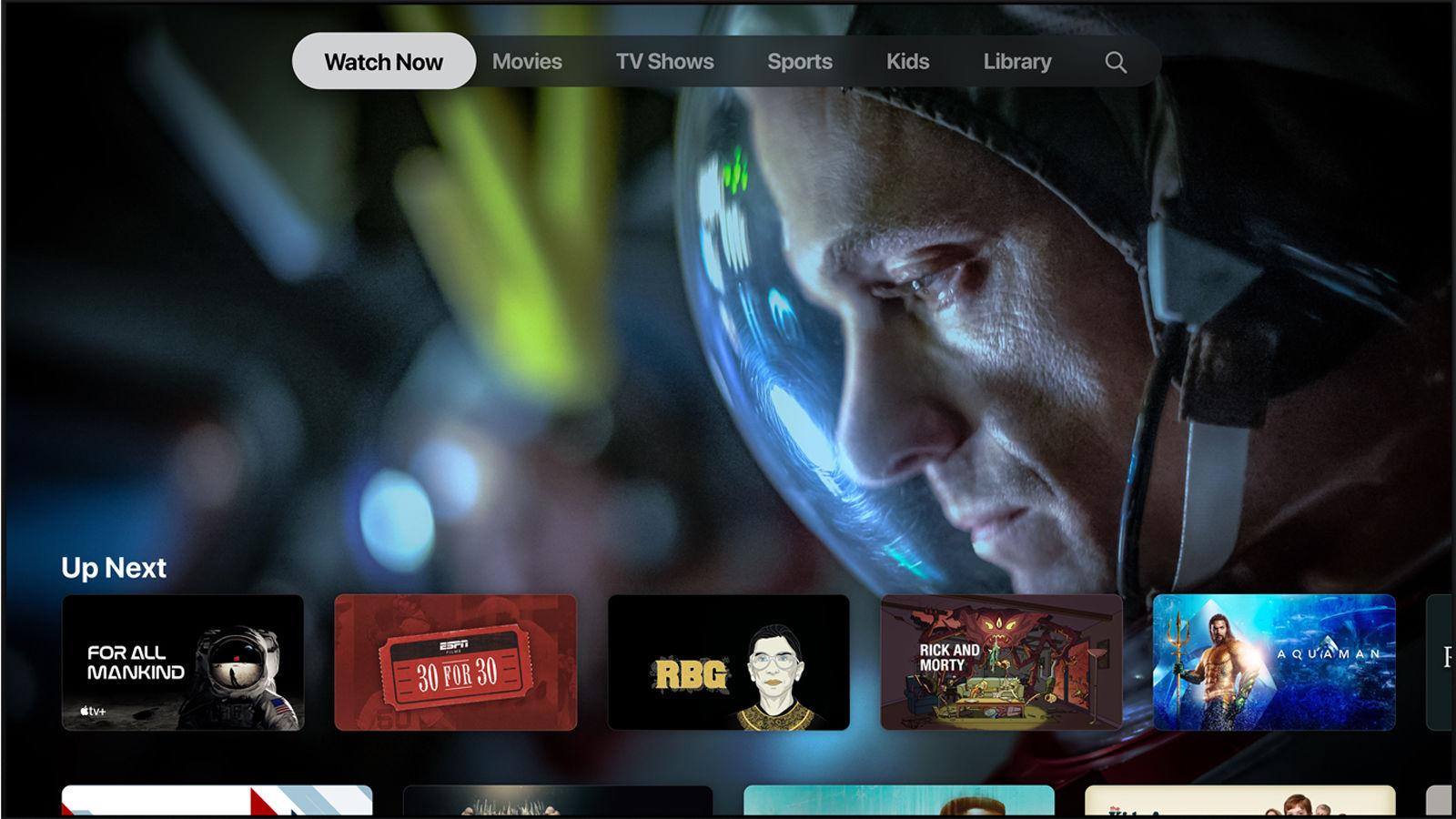 Which is the best streaming service overall?

If we’re getting down to the core of what makes a streaming service worthwhile, it’s the content, and that’s what gives Now TV the edge this time around. With Apple TV+ just launching, the breadth of things available is so minuscule that it just cannot compare at the moment – even with the price difference.

It’s important to remember that Apple TV+ is still in its early stages, so we can’t write it off completely just yet. It’s highly likely that we’ll see the library expand over time, and who knows? Maybe in the future, Apple could acquire some popular syndicated content to help sway over audiences.

If cost is your main concern, then we would recommend investing in just one of the Now TV passes as opposed to both. Or perhaps trialling the three-month combo package and then switching to your most-used pass once your trial is over. That way, you’re not dropping too much of an investment on your streaming service.

And of course – if you’re fortunate enough to get Apple TV+ for free for a year, you can test it out and reassess if you’d like to renew in 2020. Result!

Hannah Cowton is a Senior Staff Writer at Tech Advisor and Macworld, working across entertainment, consumer technology and lifestyle. Her interests and specialities lie in streaming services, film and television reviews and rumours, gaming, wearables and smart home products. She's also the creator of The London Geek, a geek culture and lifestyle blog.