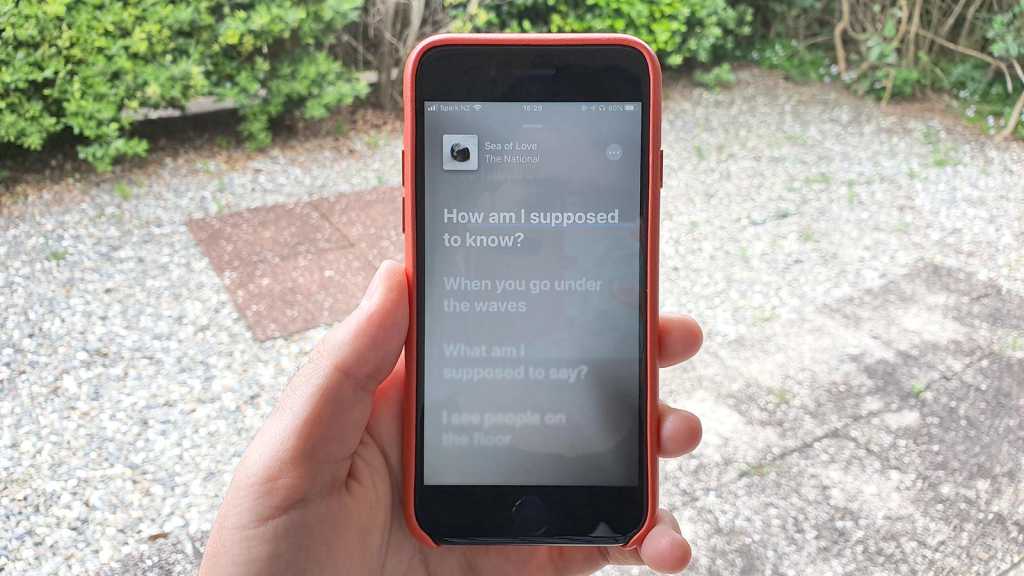 Apple Music has grown from a plucky challenge to the might of Spotify (a rare position for Apple to be in in the first place) to the second dominant music streaming service in the world. If you live in Apple’s ecosystem, then it is the one to go for, offering total integration with your set up across iPhone, iPad, Mac, Apple Watch and HomePod.

When  we first reviewed it in 2015 we gave Apple Music four stars, but it is much closer to a perfect five now thanks to more music, better algorithms to surface you new material and total integration into all your Apple products.

As Apple Music matures, so does its features. From the humble playlist right up to Zane Lowe’s Beats 1 radio station and the increasingly clever ‘For You’ tab, we think it has grown into a fine music streaming platform. The  three-month free trial when you sign up is a nice touch, too.

How to view lyrics on Apple Music

But what good are all those tunes if you can’t sing along? Thankfully Apple Music has introduced a very good feature that lets you view lyrics to many – but not all – songs on the platform.

When you’re listening to a song on Apple Music on iPhone or iPad, there is a speech bubble icon on the bottom left of the screen when the song is in full screen mode. If it’s coloured in, tap it and it will present the lyrics of the song in time with the artist.

You can scroll through the lyrics too if you want to skip ahead or go back, but the song will keep playing. 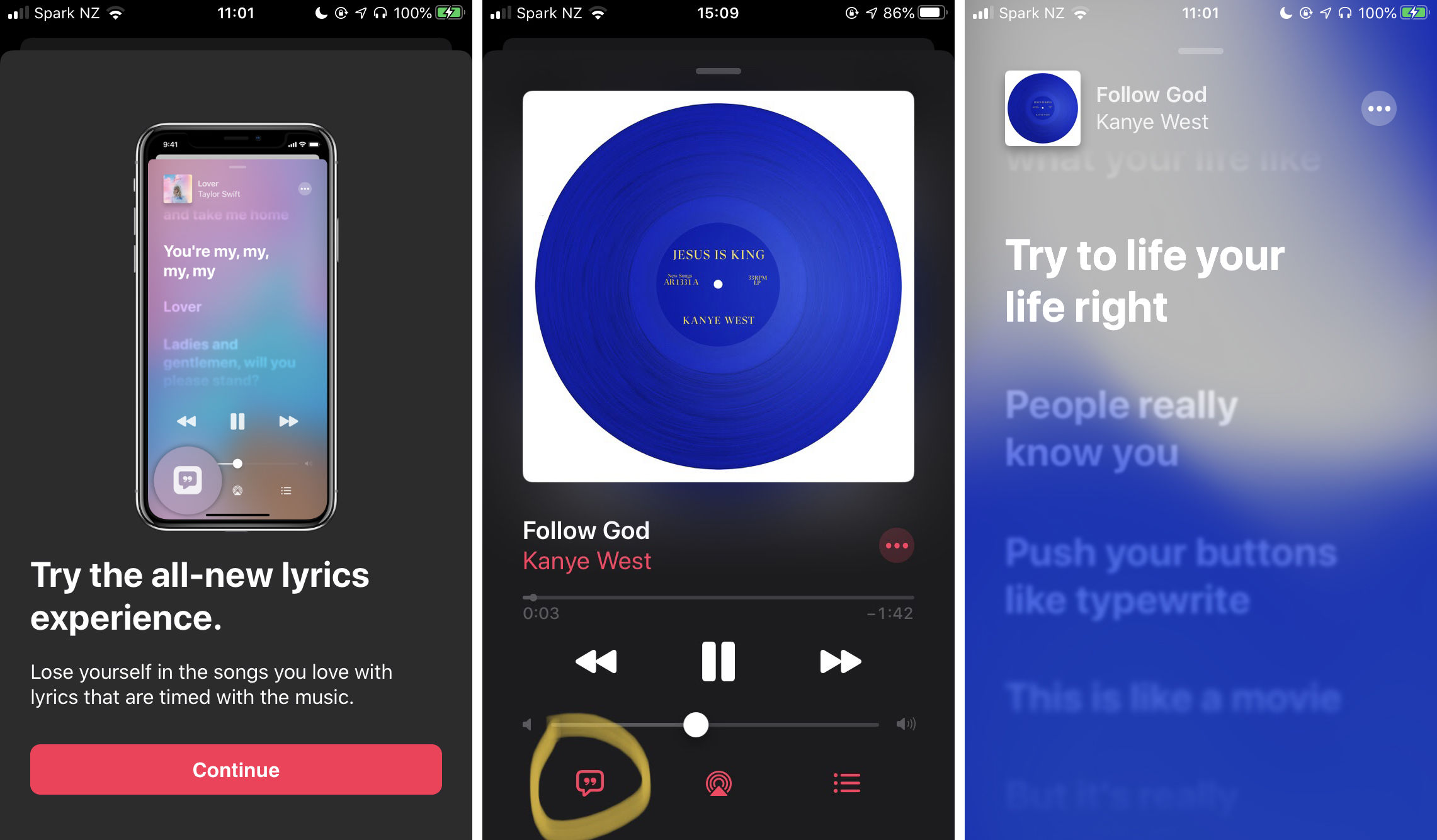 You can also search using lyrics in Apple Music if you don’t know the name of the song, but you know some of the words. It’s a really good feature that works incredibly well and means you can quickly add songs you’ve heard when out and about even if you can only remember a few lines.

We tested it with several songs and it got some deep cuts as well as mega hits, but you have to get the spelling and word order bang on, or it won’t return the song. Still, it gets one over on Spotify here. 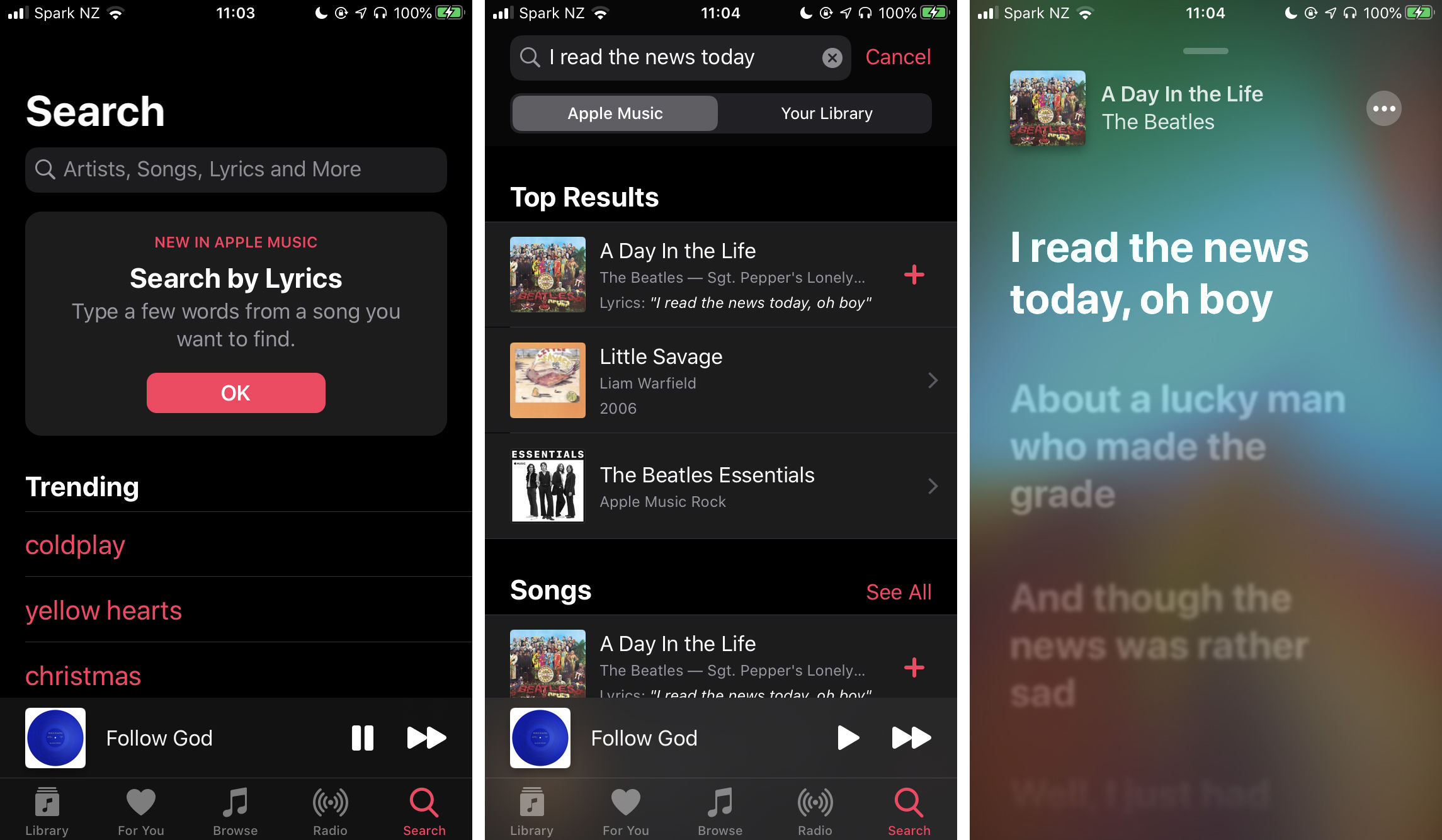