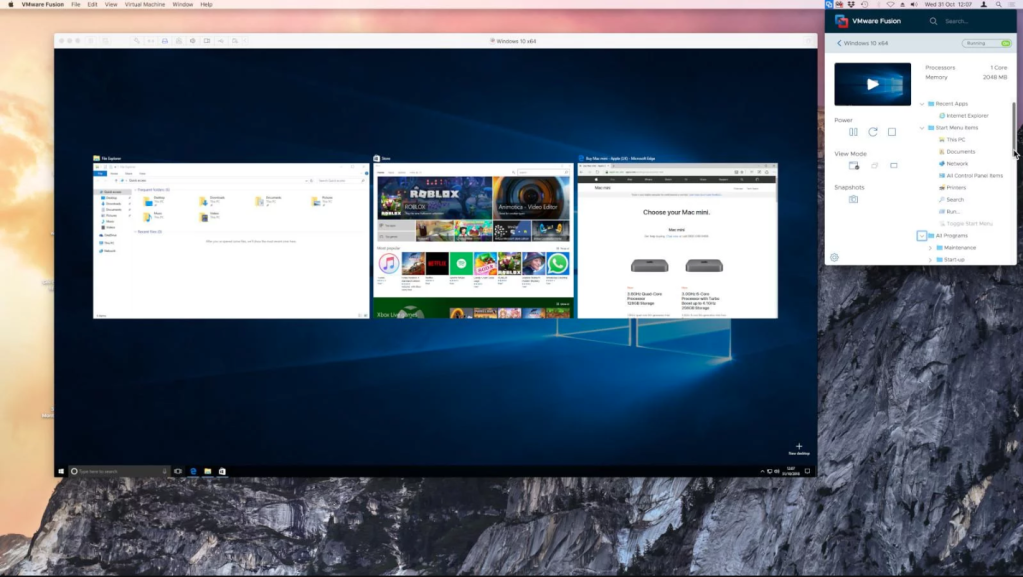 People associate Black Friday deals with physical products, but it’s also a great time to pick up discounted software that you’ve had your eye on throughout the year. That’s true of VMware Fusion, one of the preferred ways to run Windows on a Mac, with 30% off until 5am GMT on Monday 2 December 2019.

VMware Fusion 11.5 ordinarily starts at £70.96 in the UK, but during the Black Friday sales, you can pick it up for only £49.67 if you’re a new user. If you’re looking to upgrade from your current version of VMware Fusion, it’s even cheaper at £35.16, down from £43.96 – the only catch is that you have to be upgrading from VMware Fusion 8 or later.

For those unaware of what VMware Fusion is, the software is most commonly used to run Windows 10 on a Mac. It creates a ‘virtual machine’ running Windows 10 (or any other operating system) like a macOS app, making it much more user-friendly than the Boot Camp feature of macOS that requires you to restart your machine and boot from a separate drive or partition.

In fact, VMware Fusion 11 takes second place in our selection of the best virtual machine software for Mac – only beaten by Parallels Desktop 15, which is also discounted right now.