Since the arrival of iPadOS 13 in 2019 Apple has developped a separate operating system for the iPad and iPhone. By doing so Apple has been able to free its tablets from some of the restrictions imposed by running on the same OS as the iPhone.

In this article, we will investigate when iPadOS 14 is coming out, if your iPad will get it, and what the best new features are.

iPadOS 14 has been available since Wednesday 16 September.

To download the latest version, go to Settings > General > Software Update and then tap Download and install. Or read: How to update software on iPad. If you want to be on the safe side, make sure you make a backup first.

A lot of iPads will be updated to iPadOS 14. Apple has confirmed that it arrive on everything from the iPad Air 2 and later, all iPad Pro models, iPad 5th generation and later, and iPad mini 4 and later. 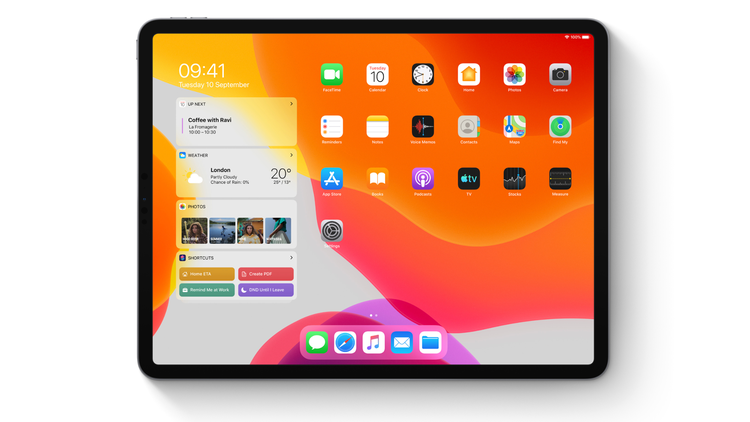 Here are some of the best new features that will arrived in iPadOS 14:

As you might expect, iPadOS 14 is getting many of the same features as iOS 14 since the two are very similar.

One of the major features for 2020 is an app drawer, essentially a place to keep your apps that isn’t the home screen (individually or in folders).

Instead, the App Library is a separate place to browse all the apps you have installed. They will be grouped so you can easily find the one you need.

You also get the same widgets as iOS (similar to Android). These can sort of be thought of like larger app icons that can show information, with many taking up the space of four app icons.

They can be placed on the home screen amongst your regular app icons and supported apps include Weather, Music and Activity.

In short, it means you can get the basic info that that app provides without actually opening it. A simple glance at the widget may give you everything you needed. 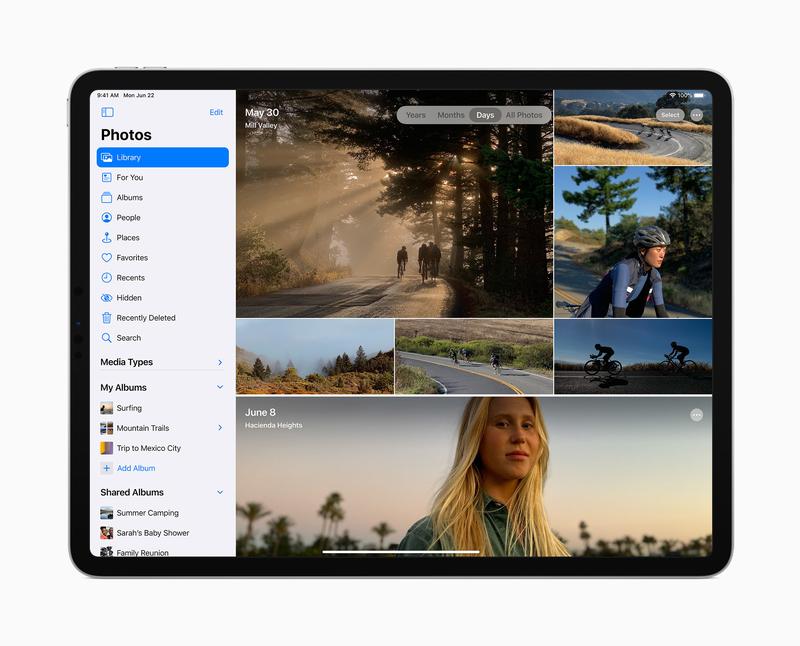 A seemingly simple but important tweak in iPadOS 14 is sidebar. Essentially a menu, the sidebar has been added to various apps giving you a single place to do various things.

For example, in the Photos app you can browse all the core functions of the app and make use of drag and drop to add photos to different albums.

The sidebar will also make life a lot easier in other apps including Music, Note, Files and Calendar.

Apple is making Siri better all the time with more facts and features, but iPadOS 14 brings a slicker way to interact with the digital assistant.

Instead of taking over the screen, results will appear in the bottom right corner while the app you were using remains in the background. 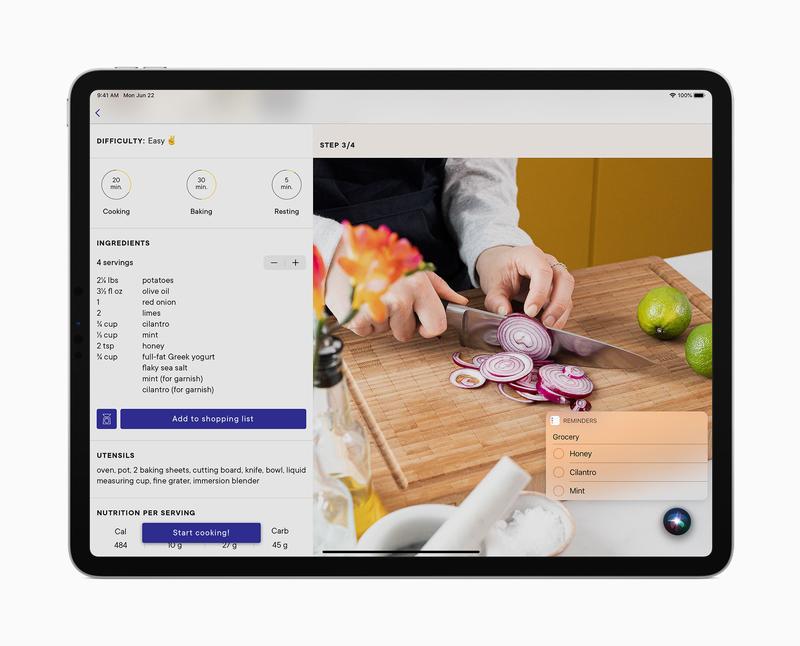 It’s a similar story with Univeral Search, which pops up in a much smaller bar as part of the iPadOS interface.

It can be used, as the name suggests, to do just about anything including launch apps, find contacts, documents. Web results will appear as well as particular websites which then launch in Safari.

Incoming calls are another element to be made more compact. No longer does it take over the entire display like a badly ported feature, instead it simply arrives as a small notification (or “lightweight banner”) you can tap to answer or flick to dismiss.

This applies for any calls whether they’re via your iPhone, FaceTime or third-party apps like Skype. 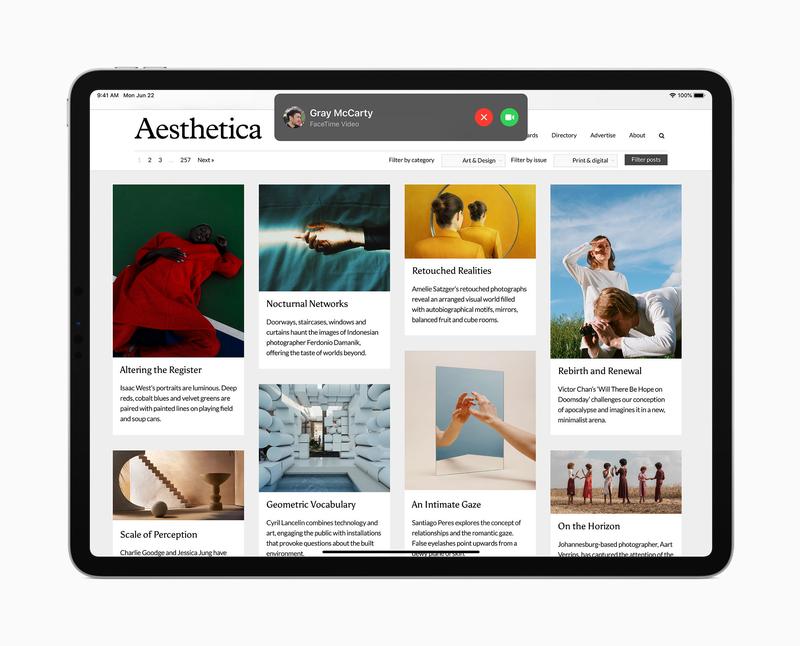 Apple has updated the Messages apps to make it easier to keep track of what conversations are going on.

The latest version of the app means users can pin conversations to the top and make further customisations with a photo or emoji. Icons for users who have sent the most recent messages will appear around the icon.

Memojis have been updated with more options including hairstyles, headwear, face coverings and more.

If you have, or plan to buy, an Apple Pencil then it will get a whole lot more useful in iPadOS 14.

Improvements to the software such as Scribble mean you can use it in more ways including writing in any text box, which will then be converted to text. You can also draw shapes in some places, pausing at the end so the iPad can convert it into a perfect shape rather than your attempt.

Scribble also means you can write in English or Chinese and the software can also intelligently recognise things like phone numbers and addresses so you can action them from wherever you wrote them down. 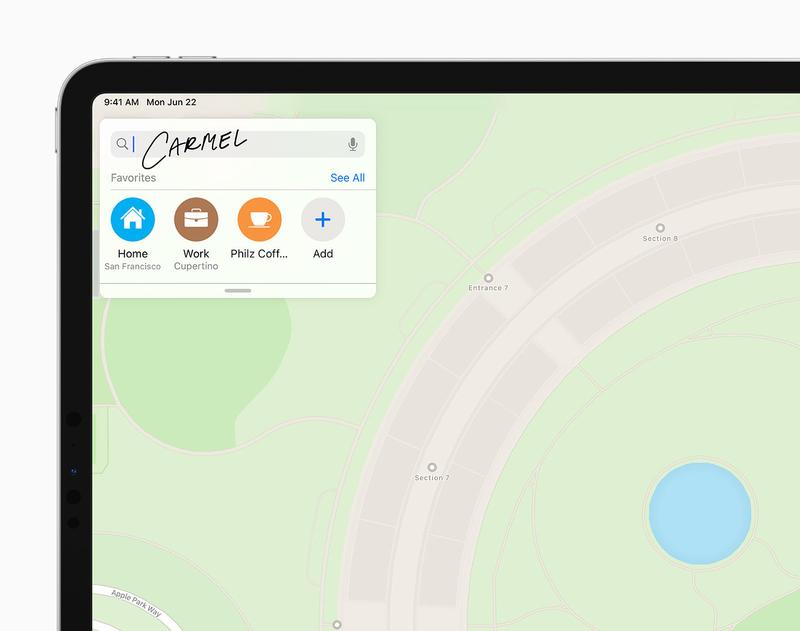 Those with AirPods will find life a lot better too as Apple’s earbuds will be able to automatically switch between devices, like when you put your iPhone down to swap to iPad.

Spatial Audio will make the AirPods Pro even better too. It’s essentially surround sound and even tracks your head movements along with the device you’re watching on to keep the audio in the correct place in the sound space.

It’s probably inadvisable to be using Maps for some of the new features on iPad but improvements mean users can get cycling directions that take into account important things like elevation and how busy a street is.

Guides will give you various recommendations when visiting places including restaurants, attractions and interesting places.